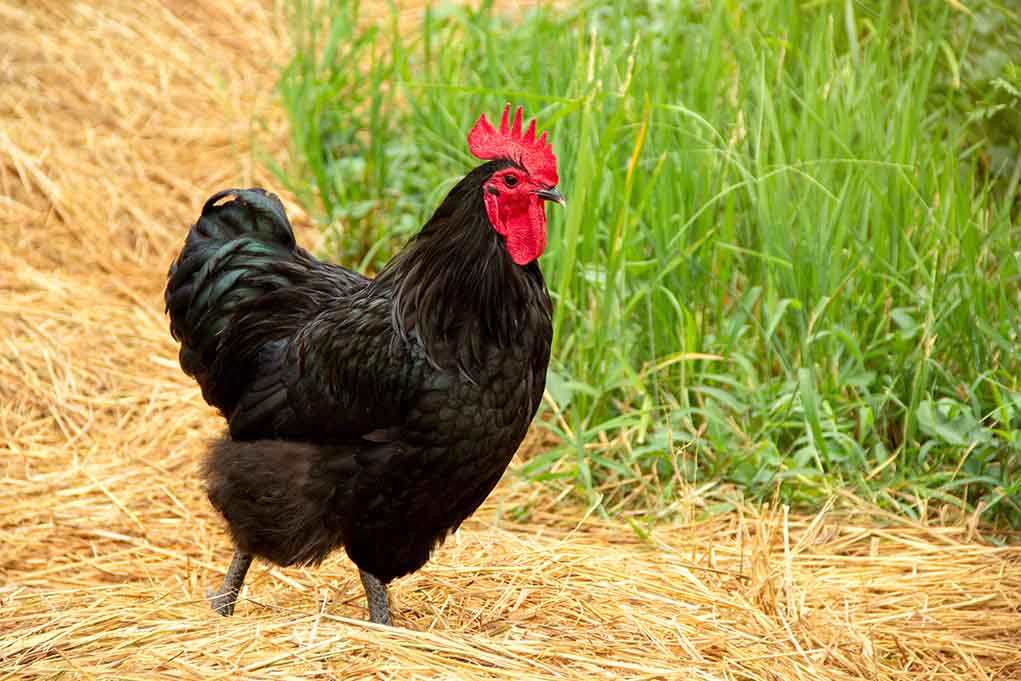 The Australorp is a fairly recent arrival on the chicken scene. Still, it has made a huge impression on chicken keepers and the poultry industry the world over in its relatively short history.

The name is a contraction of Australian black Orpington. Several different names called the breed before Australorp was settled upon.

Since Australians did the major development of this breed in Australia, they are the honorary National bird of Australia.

This article will look at their temperament, egg-laying ability, and breed standard before addressing how to care for them and common health issues properly.

In the early 1900s, William Cook’s Orpingtons were imported to Australia to create a good dual-purpose bird suitable for the Australian climate.

People crossed them with Rhode Island Reds to improve the egg-laying ability. 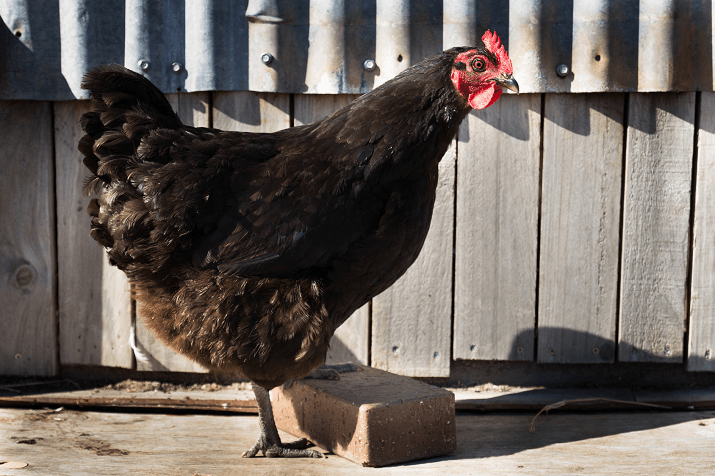 In England, the Orpington was being refined to produce good quality meat. Still, the ever-practical Australian poultry breeders of the 1920s wanted a good utility bird, emphasizing lots of eggs and secondary meat production.

To this end, Cook’s Orpingtons were crossed with Rhode Island Reds, Minorcas, White Leghorn, Langshan, and possibly some Plymouth Rocks.

The result was a bird that was a phenomenal layer – probably the combination of Orpington, Leghorn, and Rhode Island Red genes made this bird a laying superstar!

Farmers held regular egg-laying contests all over Australia, and the following year a hen laid 347 eggs in 365 days. The current record stands as 364 eggs in 365 days – an amazing achievement, especially when considering they did this without extra lighting for the hens.

The poultry industry soon became interested in them because of their prolific egg-laying ability – it was a breed they didn’t have to coerce into laying.

The interest waned in the 1930-the 1940s as the Australorp was crossed with the white Leghorn, creating the Austra White, an even more productive hen.

The Australorp went into a decline which has been reversed over the last few years. It is listed as a recovering breed. They remain a top layer to this day and are well suited for the smaller backyard environment.

Backyard chicken folk love them for the same reason – and a few more besides.

They also go by Black Australorp (there are white and blue also), Australian Orpington, or Australs.

The Australorp, while shy initially, is known to be an extremely friendly large-breed chicken. They make the perfect children’s chicken and are great for those who are interested in fair chickens. 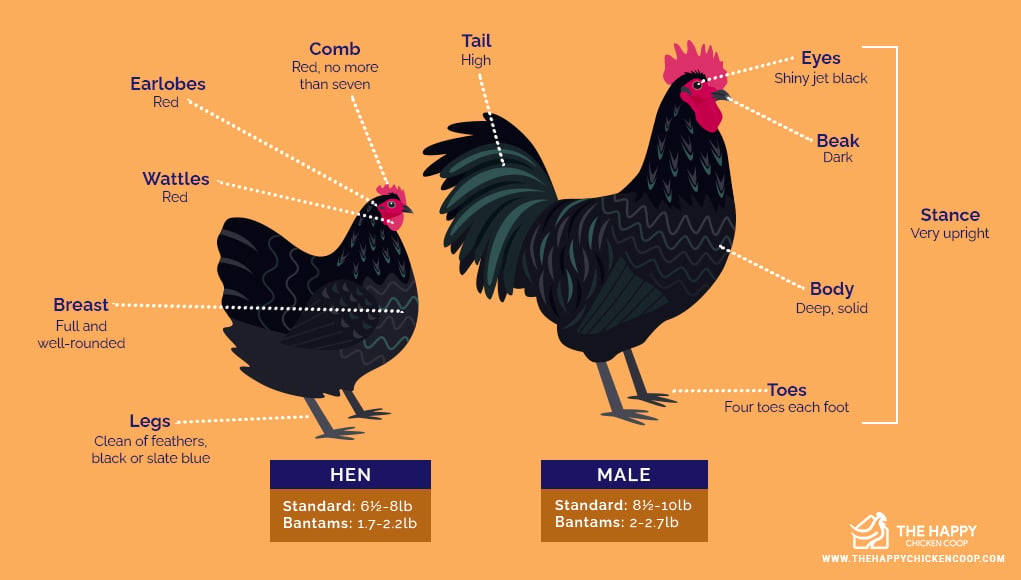 The American Poultry Association recognizes the Australorp in its’ original color only – black.

However, The Australian Poultry Society recognizes the black, blue, and white varieties.

South Africa has also buff, splash, wheaten laced, and golden in addition to the other colors.

The Australorp is a large, heavy bird with close-fitting, soft feathers. It is classified as a heavy, soft feathered English bird. 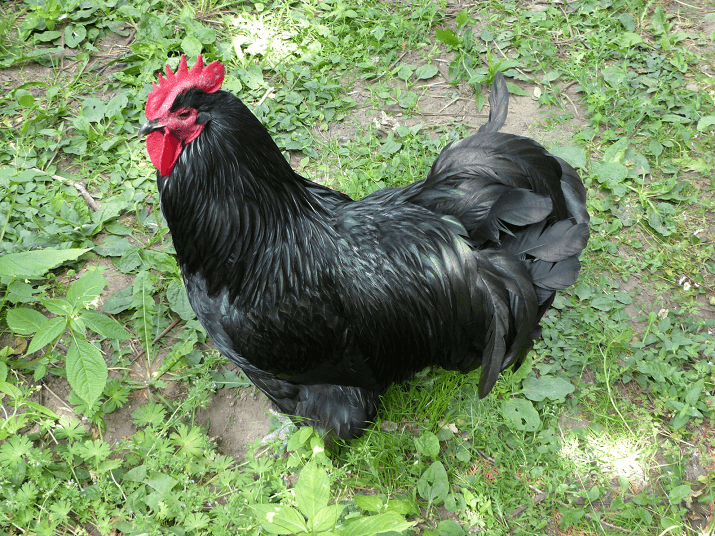 It should have a very upright stance, carrying the tail high. The breast is full and well-rounded with a deep, solid body. Wattles, earlobes, and comb should all be red in color. The comb should be upright and have no more than seven points.

The legs should be clean of feathers, black or slate blue in color. There are four toes to each foot, and the skin on the bottom of the foot should be white, as is the body’s skin. Eyes are shiny jet black, and the beak is dark in color.

The standard-sized birds are heavy, with a male weighing between 8½-10lb and a hen between 6½-8lb. 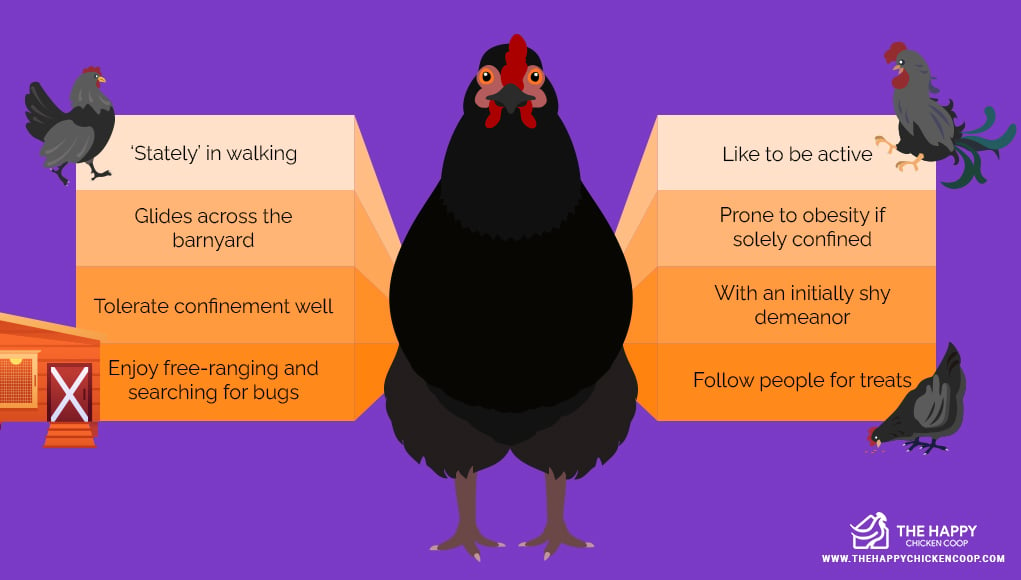 The feathers of the black Australorp have a beetle-green sheen in the sunlight giving a stunning iridescence to the feathers.

It is somewhat ‘stately’ in walking – a trait it got from the Orpington, which sort of glides across the barnyard much like a Duchess at a tea party.

They will tolerate confinement well, but like most of the heavier, larger breeds will enjoy free-ranging and searching for bugs and morsels in the yard as they really do like to be active.

The exercise aspect of free-ranging is good for them since they can be slightly prone to obesity if kept solely in confinement.

They are a fast-growing breed with a slightly shy demeanor initially, but once they settle in, they are likely to follow you around the yard if you have any treats in your pockets! 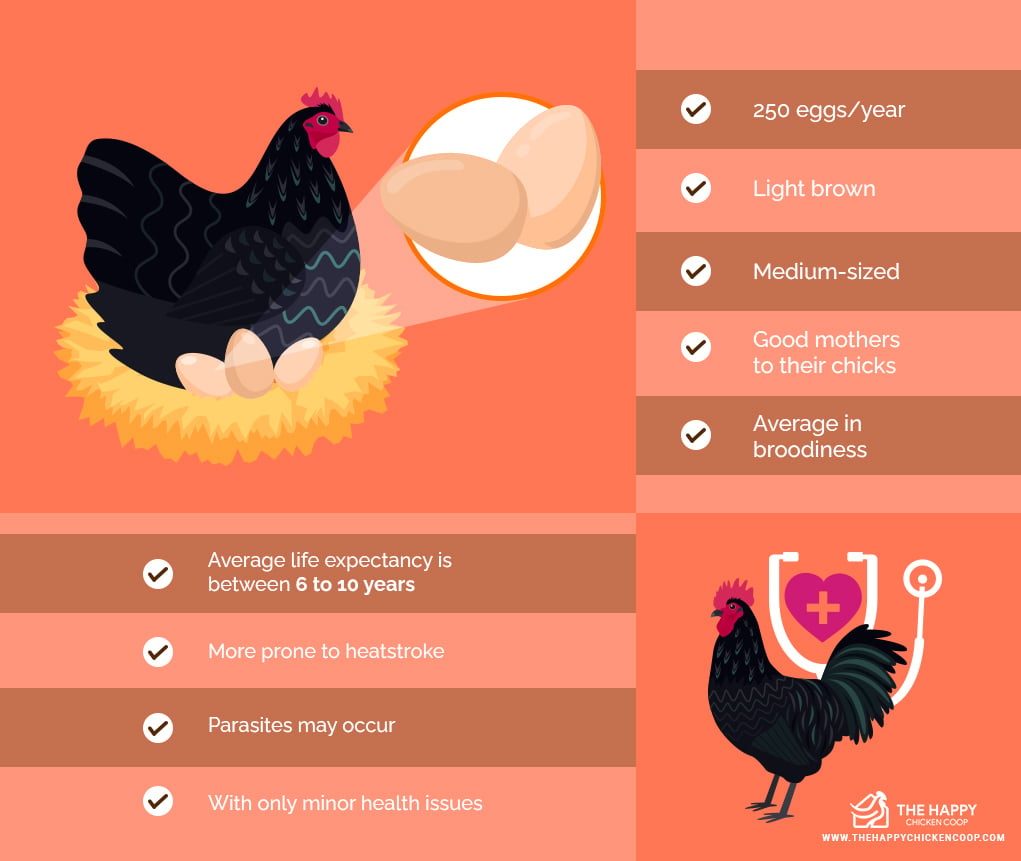 As we have noted above, the Australorp is an egg-laying machine. Although not as prolific as their forebears, the current variety will give you an average of 250 eggs/year. Individuals may lay more or less, depending on the hen.

This equates to around five light brown, medium-sized eggs/ week – not too shabby!

In an industrial setting, they produce more eggs since their lighting and feed are strictly controlled for maximum output.

Depending on the line of Australorps you have, they are generally known to be average to good nest sitters and good mothers to their chicks. Some articles say they aren’t good sitters, but other folks have said they are good sitters and mothers. The ‘yeas’ seem to outnumber the ‘names.

They are average in broodiness, unlike their parent bird, the Orpington.

This is a robust and healthy heritage breed. There are no special considerations for this easy-going hen. The average life expectancy is between 6-10 years.

The usual attention to parasites and other minor issues of chickens is all you need to be diligent about.

Due to the Australorp’s intensely beautiful black feathering, the Australorp needs access to shade 24/7. Even though this chicken is a hardy breed and tolerates the heat well, it is more susceptible to heatstroke than other breeds of chickens.

Is The Australorp Right For You? 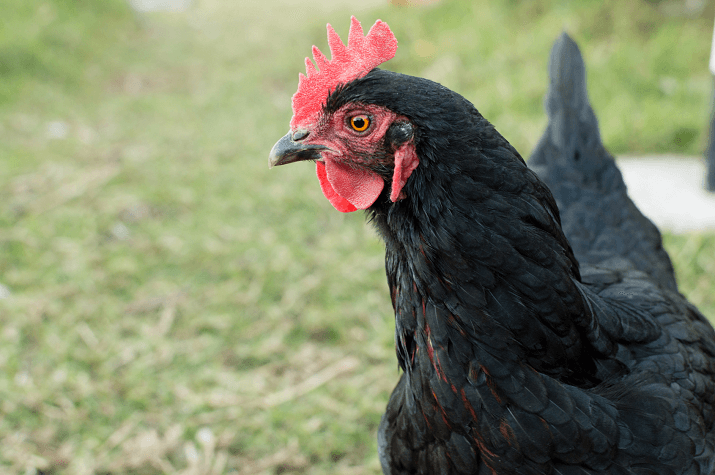 If you are looking for a hen that’s easy to care for, will lay an abundance of eggs, and fit in well with your current flock, the Australorp maybe your hen.

Although they can initially be a bit on the shy side, they will warm up to you and be a friendly and loveable barnyard companion. They have a gentle and sweet disposition, not a mean bone in their little bodies, including the roosters.

They are a calm and quiet breed, not pushy. They will likely be in the middle of the pecking order. They can get bullied by more aggressive breeds, so keep an eye on the more ‘pushy’ birds in your flock.

They are a breed that is very easy to handle, and this makes them a perfect candidate for farm programs such as the 4H here in the US.

Once they get used to the noise and fuss, they also make good exhibition birds, frequently winning ribbons for their owners.

They tolerate a wide range of temperatures and types of weather – from hot climates such as Australia to cooler places such as the American mid-West. This bird really is an all-rounder as far as the weather goes.

While the Australorp enjoys foraging, it is a breed that can be a tad aloof when it comes to predators. Their black feathers provide good camouflage in certain situations, but it can also cause them problems in other instances where they might stand out.

The Australorp is a delightful bird to have in your flock.

They are easygoing and friendly, a great bird for beginners since they require little in the way of ‘special care and are easy to deal with as they acclimate to being handled very quickly.

It is a delightful, quiet bird to have in your flock. They aren’t flighty or noisy, are cold hardy, make good flock-mates, and lay an abundance of delicious eggs…

Who could want for more?

If you have Australorps, we would love to hear from you. Please let us know in the comments section below…

Read Chicken Brooders: Everything you Need to Know.

131 thoughts on “Australorp Chickens: Everything You Need To Know”