Famed for its size and known as King of ‘Chickens,’ it’s a docile, calm breed that is both meat and egg-laying bird.

In today’s article, we will discuss everything you need to know about this gentle giant, including its: size, disposition, egg-laying capabilities, breed history, and much more. 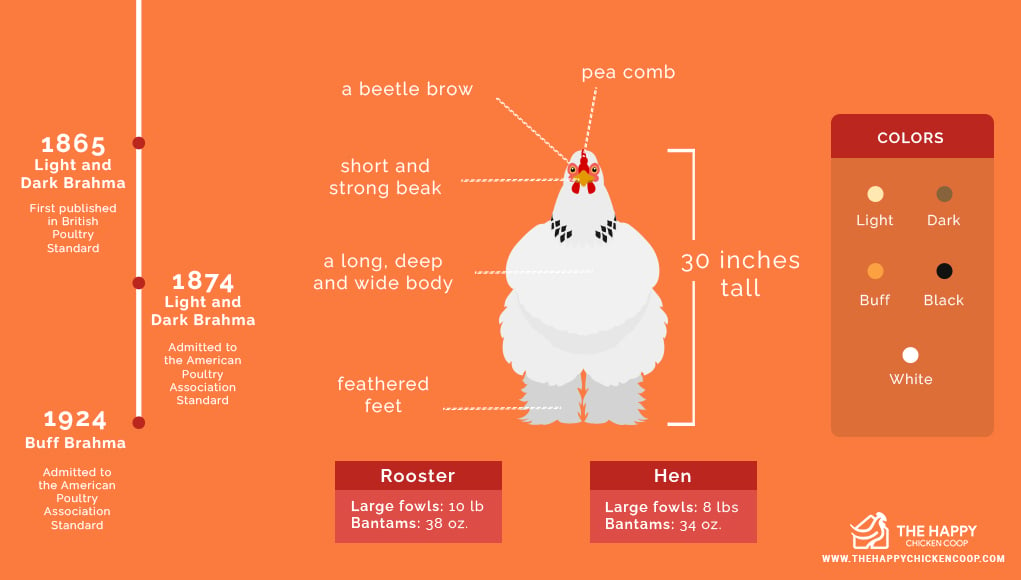 We first hear of this bird being called a ‘Shanghai’ in the mid–the 1800s. The Brahma Chicken breed fueled the US and UK ‘Hen Fever’ of the 1850s.

They crossed Shanghai with the Grey Chittagong, which hails India, specifically an area near the Brahmaputra River in Bangladesh.

The crossing between the two breeds may have occurred here in the US, despite the exotic names!

Development of the Brahma chicken occurred primarily in the US from imported birds, and they refined the breed over a relatively short period of time – around fifty years or so.

Most experts agree that the birds’ came initially from China with some Indian fowl influence.

In 1852 a breeder named George Burnham exported nine ‘gray Shanghaes’ to Queen Victoria in England as a gift, which she adored by all accounts.

The Dark Brahma was developed in the UK from the stock of Light Brahma imported from the US.

The Brahma chicken was the best breed for table fare until the advent of the newer production breeds in the 1930s.

The Brahma could not put on muscle and size as quickly as the newer birds and slowly fell from favor. The most recent listing of the Brahma in the

Livestock Conservancy directory puts it in the ‘recovering’ status thanks to its’ newfound popularity with backyard chicken keepers and homesteaders. 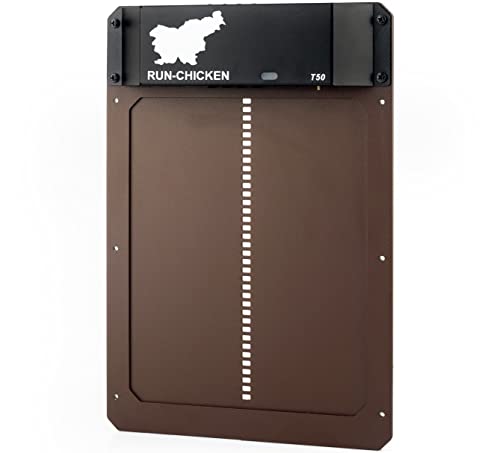 The official Poultry Club included both the Light and Dark Brahma in the first published British Poultry Standard in 1865.

They admitted the Light and Dark Brahma to the American Poultry Association standard in 1874.

The Brahma chicken is a large bird – almost as large as the Jersey Giant – a Brahma will stand around 30 inches tall. It has a long, deep, and wide body.

It stands tall, giving it a narrow ‘V’ when viewed from the side.

The plumage is dense and tight, with a thick covering down under the feathers.

The rooster should weigh around 10lb, with the hen around 8lb. In the 1850s’ the bird was much heavier – 18lb and 13lb respectively have been recorded.

There is a bantam variety of the Brahma with five recognized colorations – Light, Dark, Buff, Black, and White, although black and white are seldom found.

Bantam roosters will weigh 38oz and hens 34oz. The bantam varieties are hard to find, with few breeders listed.

The Brahma chicken also sports their own set of boots that can actually be detrimental to their health in cold climates (more on that later).

Yes, they have feathered feet, which give them an adorably cuddly appearance. 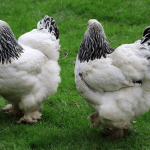 There are three recognized feather patterns: Light, Dark, and Buff.

The designs are very distinct, and there is no confusing one for the other. The contrasting of the patterns in each variety is quite intricate and stunning.

A contrast in black and white, the Light Brahma is primarily white with a grayish undertone.

The hackle feathers have black striping with a little striping in the saddle area.

The tail is black, with the covert feathers laced with white.

The male Dark Brahma should have silver hackles and a saddle striped with black.

The shoulder area should be solid silver, the tail, breast, and body solid black.

The hens’ hackles should be black with slight grey penciling, laced with white.

The body, breast, back, and wings are medium grey with black penciling.

The Buff pattern is essentially the same as the Light, with Buff taking the place of the White.

The warm coloration of the Buff has made it a favorite with many folks.

White, Blue Exchequer, Gold Partridge have been other color varieties around. Still, none have remained popular enough to be put forward for admission to the APA or excite great interest in the general chicken-keeping world.

Pros and Cons of a Brahma Chicken

It is a friendly, docile, and calm bird, and they are said to be very easy to handle.

They do not fly well, so they are fairly easily contained.

Although they tolerate confinement well, they do very well as foragers.

They are very suitable for cold climates with all that thick feathering.

The preference of soil/environment is well-drained soil that is generally dry and a moist, cool climate.

You should avoid having their living quarters in wet, swampy, or muddy areas since they might lead to foot problems.

They make great mothers and tend to set on the nest well, they are not overly broody, but this can depend on the line of birds you buy from.

They are usually fairly high in the pecking order since most hens seem intimidated by their size!

Brahma isn’t known as flock bullies either and can generally get along with most other chickens. 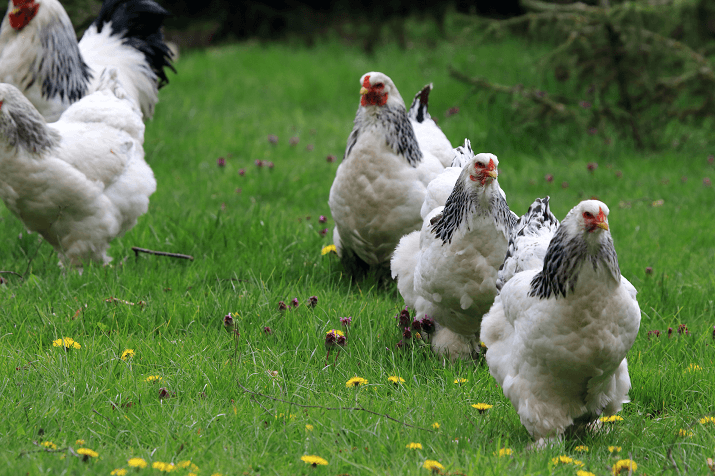 The Brahma was initially bred as table fare. In the 1800s’ the bird was, in fact, much larger, and one bird could easily feed a large family cheaply.

Between 1850 and 1930, the Brahma was the table chicken unrivaled by any other.

Even nowadays, the size of the bird is enough to feed a family of four, but if you prefer to keep your hens for eggs, the Brahma performs well enough.

A hen will produce 3–4 eggs per week – and here’s the excellent news; they prefer to lay from October to May, just when your other girls are thinking about shutting down for winter!

The eggs are medium to large in size, brown in color.

The downside is that the hens can take six to seven months before they start laying.

The feet can become wet and muddy, which can lead to frostbite in freezing temperatures. When the feet get wet or muddy, the toes can develop small mud balls, severely damaging the toe if not dealt with.

You, therefore, need to pay special attention to their feet if they are allowed out in the winter snow and ice.

Also, since their feathering is so dense and tight, keep a sharp eye out for lice and mites. Inspect their legs frequently for scaly leg mite, too – it isn’t easy to spot in feathered foot breeds.

Occasionally a foot quill will catch on something and break off.

They can bleed profusely, but the application of pressure followed by corn starch or styptic powder will usually take care of the problem.

Since the Brahma chicken is a hefty breed, they are more prone to getting bumblefoot.

When a large breed jump from roosts, for example, and they land on something fairly sharp, the weight of their bodies can push the foreign object into their foot.

This can cause infection, bumblefoot, and even death in the long run. 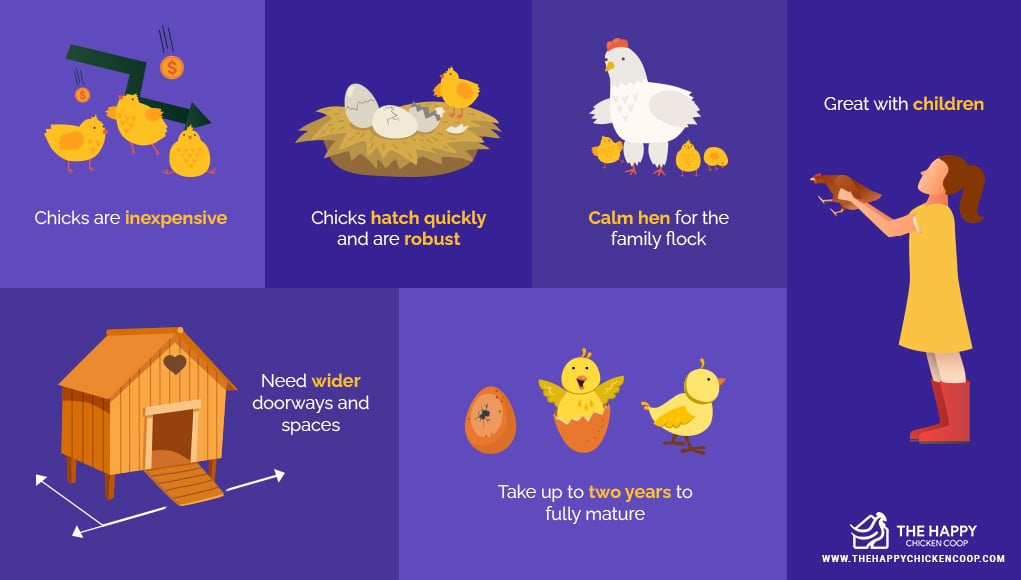 Is the Brahma Chicken Right for You?

Small children may be overwhelmed by them due to the size but soon grow to love them.

Their calm demeanor makes them perfect for a 4H project or even the show ring, where they generally do quite well.

Some special considerations for the Brahma in the coop would be sturdy roosts, slightly larger nest boxes to accommodate the hens, and slightly wider doorways – this is a large bird, remember!

Since the Brahma is such a large bird, it takes longer than the average chicken to mature. Some folks say they can take up to two years to fully mature.

The chicks are usually robust and hatch quickly – they feather in rapidly too.

If you go to a dedicated Brahma chicken breeder, the stock quality will be higher, and the chicks will cost you more.

The Brahma was known as the King of ‘Chickens’ until equaled or surpassed by the Jersey Giant.

If you think you might like to have Brahma chickens among your flock, do a mental checklist of things that will be slightly different from your regular, standard chickens.

You may need to modify the coop and its’ ‘furniture’ to accommodate these large birds.

There is also the feed cost, as they will eat a bit more than the common chicken, so feed bills need to be estimated.

But I have to say that my feather–footed hens don’t go in the snow or mud – their choice.

If you decide to get some of these lovely birds, you will not be disappointed.

I have never heard of a Brahma with an ‘attitude’ – they are friendly and docile.

If you have space and opportunity to home some of these fine hens, I encourage you to embrace them.

I don’t think you will be disappointed, and they are a good addition to any flock. 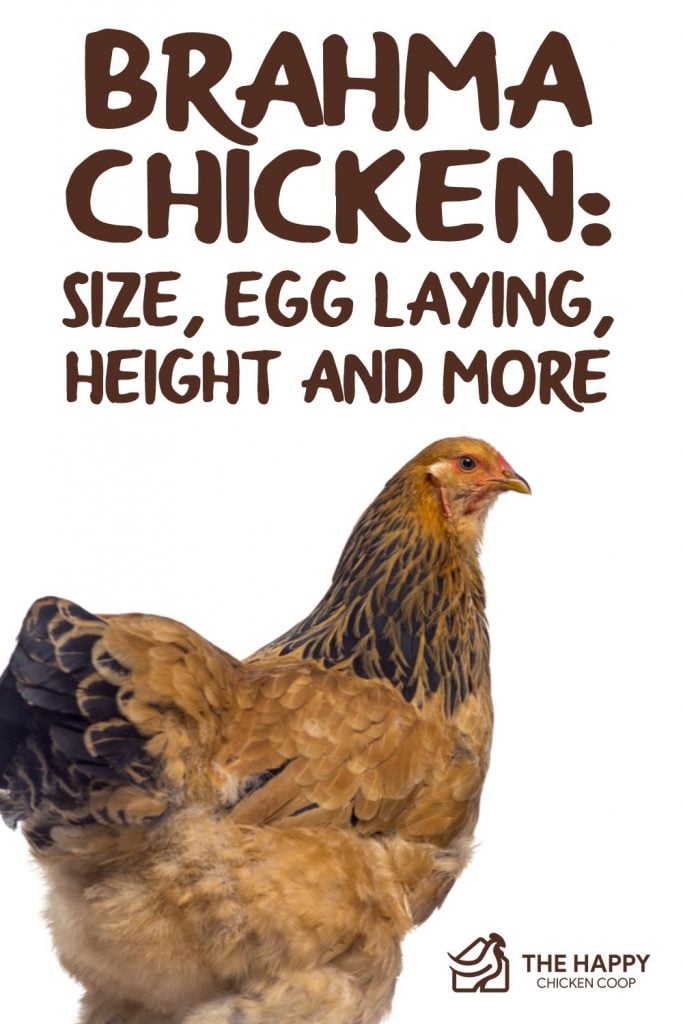