You are here: Home / Egg Laying / How Are Chicken Eggs Fertilized 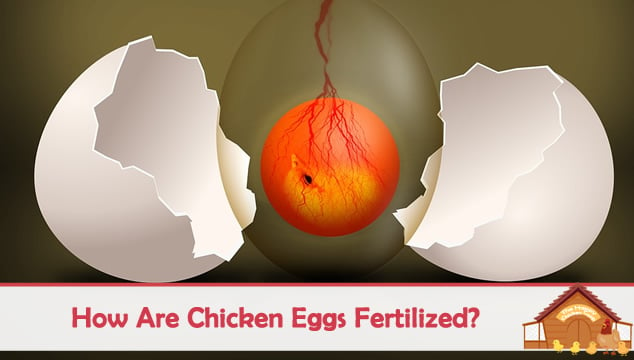 We all know that you don’t need a rooster to get an egg right? Our hens will lay an egg daily with or without any assistance from the male sex. However, if you want fertilized eggs, you will need a rooster need a rooster to perform his duties with your hens, which he will be happy to do on a continuous basis.

A rooster is genetically programmed to take the task of populating the world with his offspring and he is very single minded about it, dedicated even!

So today’s article is all about the fertilization process, how it comes about and how you can be contribute to the success of getting fertilized eggs.

Courtship, mating and raising brood starts in the springtime. The increase in daylight energizes the hormones and the increase in hormones leads to procreation behaviors.

The pineal gland in the chickens brain detects the increase in light – this in turn stimulates the manufacture of androgen, estrogen and progesterone – the hormones responsible for increasing egg production and broodiness.

These hormones by turn produce a cascade of other hormones necessary for the development of the yolk and the soon to be embryo.

It should be remembered that many of today’s chicken breeds have had the innate ability to become broody bred out of them so few if any will sit on eggs for you. If you don’t have a broody hen you will certainly need an incubator.

An interesting thing to note here – broodiness is ‘infectious’. If you get one hen to go broody, you will likely have at least one more of the ladies wanting to brood!

Most of these ‘secondary’ brooders will not sit for 21 days, so placing eggs under them is probably a waste of time, but occasionally one will see it through!

Some roosters are a little bit romantic – others not so much. To indicate interest in a particular hen, the rooster will perform the courtship dance. It’s a bit like a rooster tango – he will approach the hen from the side, dropping a wing near to the ground and do a little fancy footwork around her. This is his ‘come hither’ dance and he will repeat it until she either indicates she likes him or walks away from him.

Hens’ are no easy mark though – they will have evaluated his merits as a suitor. Does he provide food? Is he a good protector? Is he healthy? Is he sexy? (a red comb and wattles really get the ladies interested). If he passes the inspection she will let him mate, if not she will ignore him.

He will start ‘tid-bitting’ in earnest once spring arrives. He will pick up interesting morsels for the hen to inspect, luring her over to check it out. If it turns out to be nothing of interest to the hen she will brush him off, so he has to be on top form in several arenas of showmanship and ability in order to win her approval.

Very occasionally, a hen will take a dislike to the rooster and may never mate with him at all, but this is rather unusual. Hens also have a neat little trick with regard to rooster sperm.

If they decide they don’t want the sperm from the mating, they are able to eject most of the sperm to avoid fertilization.

If you are witnessing a mating for the first time you can be forgiven for thinking it’s more akin to rape than ‘love’ but fortunately the hens don’t see it that way. The act of mating looks quite barbaric but in actual fact rarely results in serious injuries.

Roosters are very zealous in their mating practices. He can mate anywhere from 10-30 times per day depending on the level of co-operation from the ladies. A rooster can adequately cover up to around 15 hens, but in reality he likely will have favorites that he will tend to more frequently.

The optimum time for mating is early morning when his sperm load can be anywhere between 100 million – 5 billion sperm!

Once the hen has decided she will accept the rooster, she will squat down to the ground and spread her wings to steady herself.

He will mount her from the back, grabbing her head feathers in his beak and treading her with his feet to find a stable spot on which he can balance.

He will use his claws to get a steady grip on her – this is where most injuries to hens occur. Her sides can be ripped by claws or long spurs causing some skin to be torn up.

Something you can do to help the hen is to ensure that the roosters’ spurs are short and if he is mating frequently with certain hens, fit them out with a hen saddle for protection.

The mating act is very brief. Once he maneuvers into position, the hens’ cloaca averts as does his, resulting in a cloacal ‘kiss’. His sperm is transferred from his papilla to the hens’ vagina, where it begins its long journey.

Following mating, he will likely proclaim his ‘victory’ by crowing and go on to impress some other hen. The mated hen will shake out her feathers and go about her business as if nothing happened – so much for love.

The rooster has two working testes which are located in his abdomen very near to the kidneys. He can constantly manufacture sperm as needed for mating – ever ready!

He does not however, have a penis. He has something called a papilla inside his cloaca. The papilla is a tiny ‘bump’ on the cloacal wall. The testes deliver the sperm to the papilla via the vas deferens and this in turn delivers it to the hens’ cloaca.

A hen is born with two ovaries, but the right one usually atrophies and dies, so the left ovary is the one that will carry all the eggs a hen will ever lay and then some!

The ovary contains hundreds of egg follicles including the ripening egg and when it is ready to be dispatched, it is dropped into the infundibulum of the oviduct where it begins its’ descent.

For an in depth look at chicken reproductive anatomy, see our article.

Sperm from the rooster is deposited in the hens’ cloacal area and migrates up into the vagina where it can rest in ‘pockets’ in the wall. Rooster sperm is viable for 7-10 days inside the pockets although fresh is best.

However sperm intent on fertilizing, travel on up into the area of the oviduct known as the infundibulum to ensure success.

The oviduct of the hen is approximately 30 inches long and the intrepid sperm travels about 29 inches of that to reach the infundibulum and deliver the genetic code to the germinal disc of the egg.

Once the rooster DNA is delivered to the hens DNA in the germinal disc, they fuse together and become a zygote (fertilized seed). It takes about 5 hours for cell division to start and at this point it is called a blastoderm or embryo.

Cell division and expansion continues unabated as the now fertile egg goes through all the stages necessary to make an egg – which include the laying down of albumin, building of the shell and application of the bloom prior to the laying of the egg.

If our hen is interested in being a mother, she will now find herself a nesting place that is quiet and dark. She will start to cache her eggs until she has enough to start incubating them.

The number in a cache is variable, but you should try to make sure she can cover all the eggs she has 5-8 is a reasonable number; if she has too many remove some to another hen or incubator.

If you are allowing the hens to hatch their own, there are a few things you can do to make the process smooth for them.

Firstly, make sure the rooster can’t hurt her during mating – trim spurs and talons; use a hen saddle if necessary.

Secondly, when she is looking for a dark and secure place to set, try to encourage her into a small separate area where she can be undisturbed by the other birds. Add in a feeder and waterer so she has her own little ‘apartment’ and she should be all set. The area should of course be fully secured and be locked down for safety overnight.

Once our hen has decided she has enough eggs to sit on, she will start to brood. This means she will sit on those eggs for the next 21 days until they hatch or die. The rooster will be chased off if he tries to mate with her at this point.

Once she becomes fully broody, the rooster will not fuss with her. He may be a Mr. Nice Guy and sit on her eggs for a while, but most roosters don’t. His involvement with the chicks will not start until they are hatched.

Our broody will diligently turn, warm and fuss over her eggs for the next 21 days. During that time she will rarely leave the nest.

You may see her once a day run out to poop, perhaps have a quick dust bath and then run back to the nest where she will rearrange her eggs before sitting again – total dedication!

Once hatched, Mama will take great care of her little chicks. No-one will mess with a broody hen and chicks – she will defend them most vigorously.

They will learn all they need to know from her and if the rooster is a ‘family guy’ he too, will take turns looking out for his offspring.

Here is a complete guide on raising chicks once they have hatched.

The frenetic mating activity of spring and early summer will start to moderate when the days get too hot and humid.

By this time, the broody Mamas will have signed off on their chicks and will soon recommence laying eggs and the chicks will be finding their own place in the pecking order.

Any young roosters hatched will generally defer to the head rooster which helps to keep order in the flock. A rooster is considered old at around 3 years, so if you have an older rooster in your flock, the new boys are going to be challenging the alpha male at some point.

We hope you have enjoyed this quick trip through egg fertilization. It really is a fascinating and amazing process. 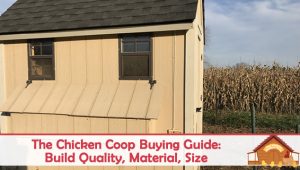 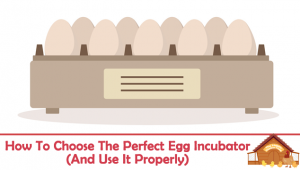 How To Choose The Perfect Egg Incubator (And Use It Properly)