You are here: Home / Guides / Should I Have A Rooster? – Learn The Pros and Cons 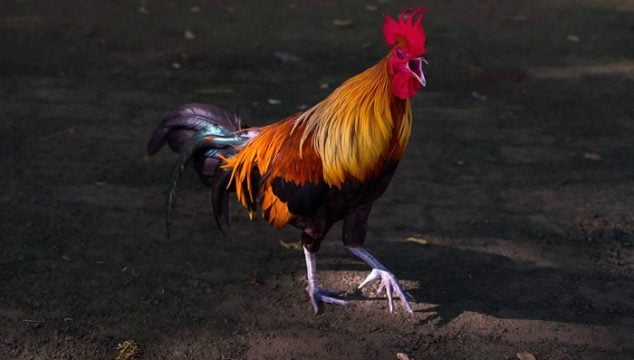 For me, deciding whether or not to own a rooster to compliment my brood of hens is easy.  I am definitely am for owning a rooster, but in certain situations. To be fair, for the open minded chicken farmer or chicken owner, it would be best to consider the pros and cons of a rooster before jumping to a decision. So, without further (cock a doodle) adieu, here are some rooster-pros and then we will get into the cons of owning a rooster. Let me know what approach you have taken in the comments below!

Pros Of Having A Rooster In Your Flock

A good rooster is nature’s relentless bodyguard. Many people swear by the natural instinct of a rooster to protect his flock in order to protect THEIR flocks.  It’s one of the main reasons some people keep roosters at all. On vigilant watch, they spend much of their day watching for predators, then alerting the hens to run for cover should they see something threatening. Upon hearing the alarm, the hens run for cover, while the rooster will stay to do battle.  Roosters will usually sacrifice themselves to protect the hens, a very valiant and instinctive way to assure their progeny is protected.

I remember having a predator hawk attacking my chickens, the rooster would alert his hens plenty before I could even spot the hawk. I was amazed at the ability of the rooster to sense danger way ahead of me having any clue there was a threat. 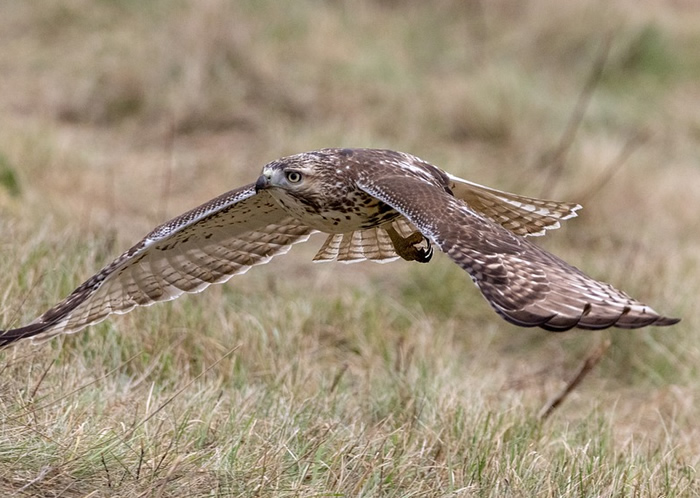 A happy and stress free environment will give you the best egg laying chickens. This said, having a rooster around to act as security guard, as well as serve as an established leader of the pack frees up hens to forage, scratch, and eat without fear of being bothered by predators or, in fact, each other.  When a rooster is present, there is a clear defined group of leader and followers. Therefore, hens will refrain from battling for pecking order hierarchy, be much more content about their role in the flock, and will no doubt be a better egg producer than it would be as a potentially stressed out hen. Now to keep the stress levels and the pecking in proper order, make sure you know how many hens per rooster you should have.

The rooster, in an untiring effort to lead its flock, looks out for the nutritional needs of his hens. Once a rooster has found an area ripe with bugs, or worms, or other food, it will alert the hens to come on over to share in the meal. Another act of selfless instinct on the part of male chickens to ensure the survival of its progeny.

A little known fact about roosters is that they can waltz! Free admission if you happen to have a new rooster in your midst.  Called the “cockerel waltz”, this occurs as the cockerel struts in front of a hen or hens in a half circle with one wing extended down.  Actually, though an interesting sight to behold, this is really an aggressive approach signifying to females his dominance. Usually, the female will submit by running or moving away from the cockerel in acknowledgement. Once dominance is established, the cockerel will rarely waltz again. If there are other roosters in the hen yard, this waltz is used significantly more and two will waltz together if dominance has not been established, if one does not back off then the two roosters will fight. Dominance is an important thing in the chicken world, as most of the rest of the world, but the graceful waltz is something delightful to watch.

An obvious incentive for having a rooster is the ability to hatch your own chicks. Or if desired, having your hens hatch THEIR own chicks. Roosters provide a free way to constantly increase, if it is your aspiration, the size of your brood.  You may be wondering, how does a rooster fertilize an egg? A rooster will mate with most or all of the hens in the flock, and it is of course up to you to let the hens sit on and let hatch, or remove the eggs and consume as usual, or let an incubator hatch the fertile eggs in order to free up a brooding hen.  This practice does not come without caution, however, and we will discuss the downside to rooster/hen interaction in the next section. It is important to answer the famous question, do chickens need a rooster to lay eggs, and the answer is no. If you want just eggs for consumption, you do not need a rooster.

Cons of Having a Rooster in Your Flock

As are all babies, new chicks are incredibly adorable, beautiful creatures.  Having this happen naturally, in your flock, with your rooster mating with your hens, eh, not so much. Roosters are known to spend a large chunk of their days mating with hens in the brood.  Sometimes up to 30 times a day for the average rooster.  This can make being a hen a tiresome thing indeed. What comes along with the act of mating is a loss of feathers to the hen’s neck and back, it is not unusual for a hen to have lost ALL her back feathers from being mounted so often.  For this reason, especially with a small flock of hens and more than one rooster, it is often wise for the chicken farmer to provide a vest, also called a chicken saddle, to have the hen wear over her back to prevent feather loss. Just the fact that this is necessary distresses me, much less seeing how ridiculous the hens look running around with vests on, sometimes pecking or flicking them in vain to get them off. Con number one is the chicken feather loss & cost of mating. 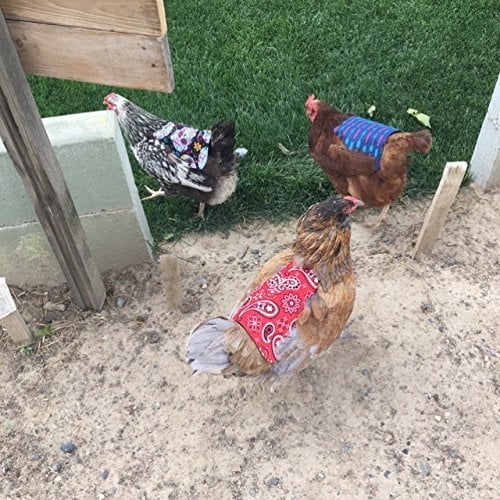 Contrary to popular belief, roosters do not crow just once, nature’s organic alarm clock, in the morning…as do most of the rest of us. When do roosters start crowing? As a diurnal animal (one that is active during the day), the rooster begins his day at dawn (-ish). You’ll hear many birds singing in the morning as well, if you listen. The rooster is just, oh a tad bit louder than the average songbird, so it obviously stands out. But this is not the end of the story with rooster crowing.

Many studies have been done on why, when, and how often roosters crow. It’s a very interesting and lengthy topic, and if one has the time and inclination, a good read.  As far as why they crow, many people will say simply “because they can.”  They crow a whenever they wish, for as long as they wish, for seemingly no reason whatsoever (except, seemingly, to annoy my neighbors, and cause anxiety in the neighborhood!). Takashi Yoshimura, who specializes in biological clocks at Nagoya University in Japan did studies on circadian rhythms of roosters. “Crowing is a warning signal advertising territorial claims. Our preliminary data suggest that the highest ranked rooster has priority in breaking the dawn, and lower [ranking] roosters are patient enough to wait and follow the highest ranked rooster each morning,” said Yoshimura. Dominance, again. The rooster is constantly trying to let everyone know he’s the boss. As many times a day as necessary, apparently. If you live in the country and don’t mind hearing crowing all day long, this might not be a negative for you.  If you live within earshot of the neighbor, on the other hand, it often is a recipe for trouble. How to stop a rooster from crowing is a common question, be sure to check out everything about rooster crowing here. 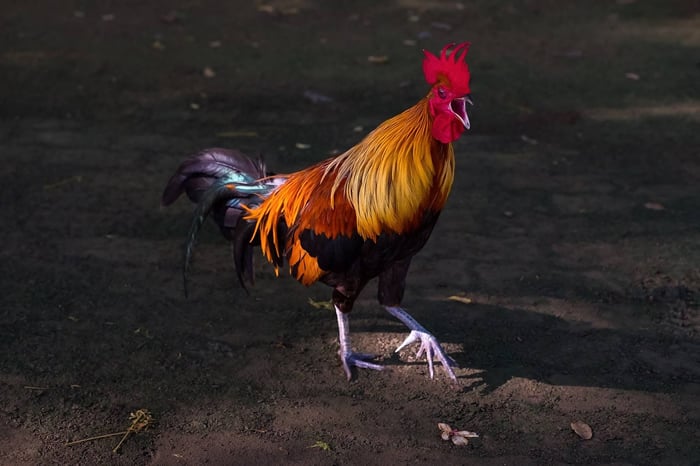 3) Roosters Can be Nasty

Not surprisingly, an animal that is trying to establish dominance as well as guard his females will not take kindly to intruders.  You like to go away for vacation and have the kid next door take care of your flock while you’re away?  Good luck with that. Roosters are great at keeping predators away…but in their mind, predators also come with 2 legs.  The fact that you’re feeding them is often of little consequence once you step into their arena. Roosters are fierce, and bite like the dickens for an an animal bearing zero teeth. They also have ‘spurs’ on their legs, much like talons. Very good at ripping flesh.  Something to think about if you are not home 365 days a year and need your flock tended to while you’re away.  To be fair, however, not all roosters are nasty. If you’re looking for a rooster it’s smart to do your homework and research chicken breeds which are known to be less aggressive to humans. They do exist.

4) Roosters Can be Nasty to Chicks!

Not the babies! Yes, roosters have been known to kill chicks in order to get them away from a hen if she is paying too much attention to the chicks to consider time for mating. I won’t elaborate on this, because it is not a common occurrence, but it is disturbing and just warrants mention.

5) Can I Own A Rooster In My Area? Double Check.

In some areas, having roosters is illegal. (see #2!) In NYC, for example, hens are legal, but roosters illegal — along with ducks, geese and turkeys. Violators face fines of $1,000. It’s not like you can get away with having a rooster on the low-down, either. If you have a rooster in an illegal area, it’s a safe bet you’re going to be found out.  Check local regulations before even thinking about getting a rooster, it might save you a lot of money and headache. Typically, city limit residence cannot have roosters. If you cannot own chickens in your area, read this guide here on how to start the conversation in your city.

Overall, like everything else about chicken farming, there are pros and cons to having a rooster. Depending on your likes, dislikes, and situation, it’s a personal decision whether to supplement your flock with one of these proud, loud creatures. Make a personal plan on what you are trying to achieve with your flock and now you can make an educated decision if you should have a rooster or not! 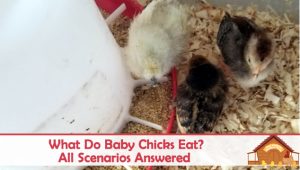 What Do Baby Chicks Eat? 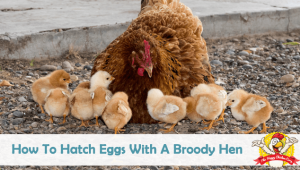 How To Hatch Eggs With A Broody Hen