You are here: Home / Breeds / Welsummer Chicken: All You Need To Know 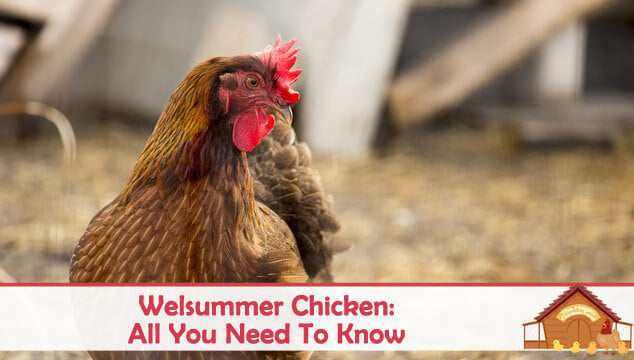 These beautiful birds are under-represented in backyard world of chickens.

This is a great shame as they have many outstanding attributes for the small homesteader as we shall see.

They are a fairly recent addition to chicken breeds, being ‘born’ less than one hundred years ago in the Netherlands.

They are popular in the UK and Australia but have yet to have a huge following here in the US, which is surprising since they are an advertising ‘superstar’. Remember Cornelius (The Kellogg’s rooster)? He is a Welsummer rooster!

Keep reading to learn all you need to know about Welsummers including their temperament, egg laying ability, broodiness and more…

History of the Welsummer 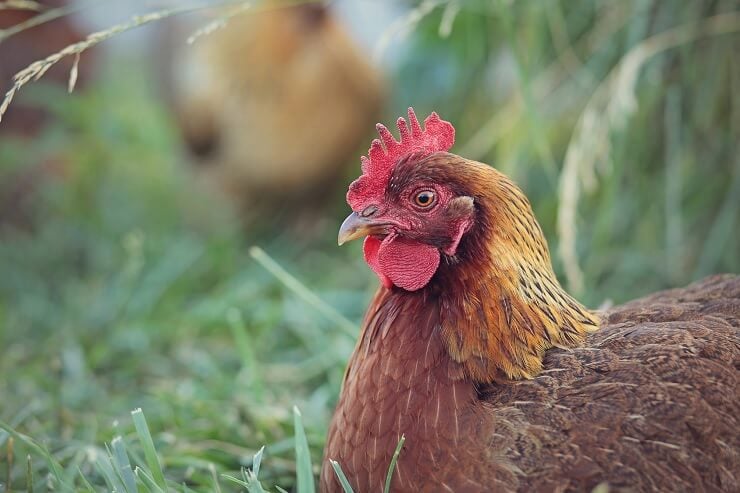 The breed of chicken known as the Welsummer has only been in existence a little less than 100 years.

It was created around the village of Welsum near Deventer, Netherlands as a dual purpose bird in the post-World War 1 era.

The Netherlands was home to many landrace varieties and some of these varieties were bred with standard chickens such as the partridge Cochin, partridge Wyandotte, partridge Leghorn, Barnevelder and Rhode Island Red to become the Welsummer breed.

Of course there is some disagreement over the true original breeds with some people believing that the Croad Langshan, Brahma and possibly the Malay having made a genetic contribution too. We will never know for sure, but the resulting bird is very durable.

The year of its debut was 1921 at the Hagues’ World Poultry Congress where it was eagerly greeted by Dutch and other European poultry enthusiasts. Early specimens made their way back to England in 1927 and from there were eventually exported to the US around 1928.

The Dutch Welsummer Breeders’ club was also formed in 1927 to continue to improve and refine the breed.

The town of Welsum erected a statue of the bird that brought them fame and a small fortune as a memorial to the creation of this lovely bird.

To say that the bird has an overall partridge feather pattern does a disservice to the bird. While the pattern is partridge, it is quite beautiful in an understated way.

Over most of the body the coloring is dark brown with light brown/white feather shafts noticeable throughout. The neck and nape feathers are a golden brown color with darker brown shading giving the appearance of a golden mantle.

The rooster is very different – and so handsome! His hackles and saddle feathers are a chestnut brown and free flowing. His sickles, under feathers and chest are a lustrous beetle green coloring.

The Welsummer is a single comb bird; it should show five points. The comb, wattles and earlobes should all be red.

They have a short, horn/black colored beak. The bird has yellow skin and shanks that are clean of feathers. There are four toes on each foot.

Eyes are reddish bay in color.

It is a robust bird that sports a full breast, long flat back and an upright stance. The hen weighs in around 6lb and the rooster at around 7lb. 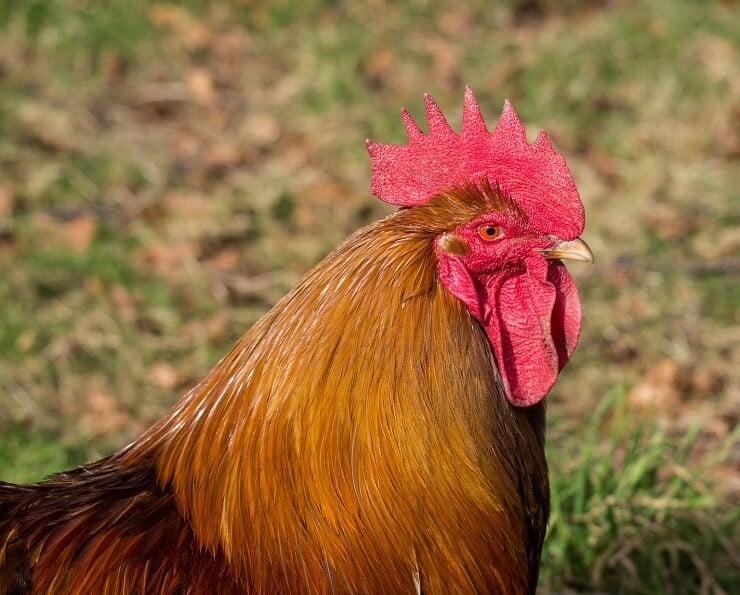 The Dutch standard for this breed was set in 1924.

They were admitted to the Poultry Club of Great Britain in 1930. They are classified as soft feathered, light. In 1935 they won the British ‘Best Utility Breed’ award over all comers.

They were finally admitted to the American Poultry Association in 1991 where they are classified as Continental.

The recognized variety is partridge, but there are also silver duckwing and gold duckwing varieties out there. Some of the disqualifying factors can be white earlobes, feathers on the shanks and irregular points on the comb.

The American Bantam Association classifies them as single comb, clean legged. The bantam variety of Welsummers was created back in the 1930s in both England and Germany. It lays a lighter colored egg than its standard counterpart.

They are an intelligent bird, also calm, friendly and docile. My rooster will eat from my hand and I have never had any territorial problems with him.

Despite the fact that they are sturdy birds, they are not overly pushy with other breeds. I would place them somewhere between middle and top of the pecking order. On the negative side, these birds can be noisy! They are the ones who shout the loudest when they feel the mood upon them or something is upsetting them.

They love to forage in the yard and are not great flyers, so they can be confined to an area with minimal fencing if desired.

Welsummers prefer the cooler weather, so are good for chilly Northern climates, but they will tolerate heat as long as they have somewhere cool to go to.

Different sources have a huge variation in egg production numbers, anywhere from 160-250 eggs per year. Generally speaking, the higher egg output, the less ‘pure’ the bird is.

They do tend to drop or stop production over the winter months, but pick right up again during the spring. My Welsummers have put out around 4 eggs per week during their prime years. However, it’s not the quantity but the visual quality of the eggs that is stunning.

The eggs should be a dark, rich terra cotta brown sometimes with dark speckles. The pigmentation of the egg is so rich that you can wipe it off with your fingers when cleaning the eggs if you aren’t careful.

They are not known to be broody and they are rotten mothers by all accounts anyway. If you desire to hatch some, use your best broody for the job.

The very nice thing about the chicks is that they are autosexing, meaning you can tell the sexes right after hatching! 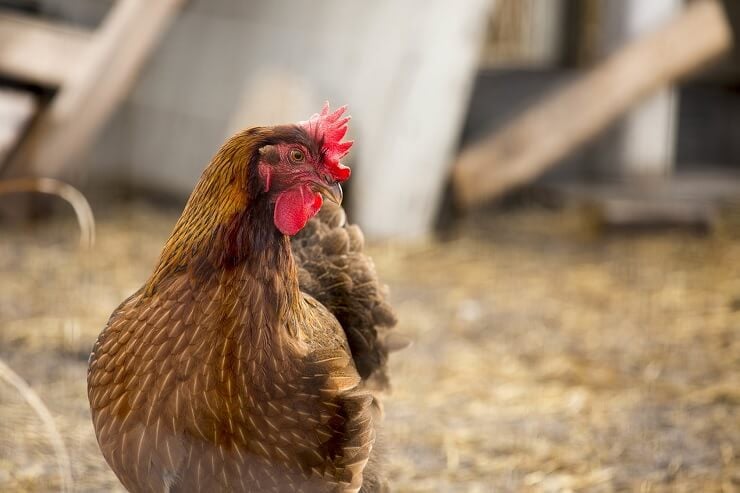 Autosexing in chickens was first studied by Dr. R. Punnett in the 1920s in Cambridge, England.

He theorized that the gene which controlled the expression of barred color patterns was different in the male and female chicken. The male would receive 2 barred genes, whereas females only get 1. This would mean that the male chicks were lighter than females.

His theory was proven correct and he was later able to create autosexing breeds such as the Cream Legbar.

With Welsummers, girls will show a darker more distinct pattern and a darker head, while the boys will tend to have broken, fuzzier patterning.

It is estimated that there are around two dozen autosexing breeds around the world currently.

What’s The Difference between Autosex and Sex Link?

Autosexed chicks come from parents of the same breed. Examples include:

Sex link chicks are made from parents of two separate breeds. Examples include:

The single most important difference between autosexing breeds and sex links is that autosexed are the same breed, so will therefore breed true.

Sex links are a combination of two different breeds, so the sex link chicks will not breed true.

The roosters have large combs and wattles which can be prone to frostbite, so keep a careful eye on them during the colder days of winter.

Welsummers are usually robust and healthy with no unusual health concerns or issues. Other than the usual parasites that bother poultry, they are a sturdy breed.

Under normal circumstances Welsummers live to be around 9 years of age.

Is the Welsummer For You?

The Welsummer is a good addition to the flock if you want spotted terra cotta eggs! It was also bred originally as a dual purpose hen so it does dress out at a respectable weight.

They are in the Top Ten of foragers and will supplement their feed well with tasty garden morsels if you allow them to. They will tolerate confinement but prefer to wander. If they are allowed to forage they are a very self-sufficient bird and their coloring helps to camouflage them from predators.

They are friendly, but not necessarily a lap chicken but will tolerate being picked up. They will follow you around if they think you have treats for them.

If these beauties are good enough for Prince Charles they must be special! He has kept a flock of these birds for many years now and he is the Royal Patron of the British Welsummer Club.

I have enjoyed my small flock of ‘Wellies’. They are very personable although they are now getting to be ‘old ladies’.

The area where they ‘fall down’ is the diminished egg production in winter. However, if you prefer to let your ladies rest over the winter months, they will serve you well laying steadily for around 3 years.

They are generally a quiet, steady and dependable bird. 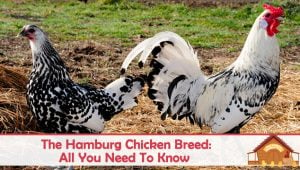 The Hamburg Chicken Breed Profile – All You Need To Know 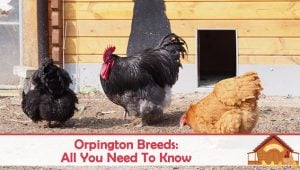