Chicken Wormers: All You Need To Know 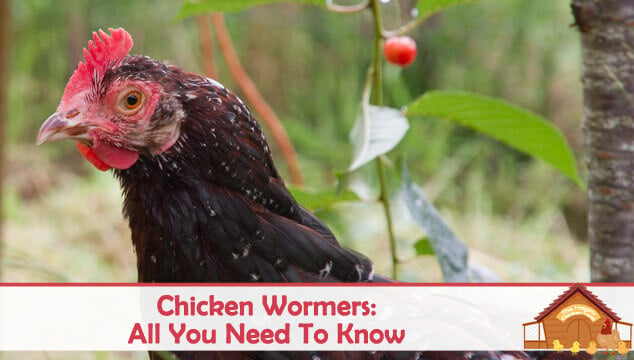 Chickens, like most mammals and birds, are prone to worms.

This article is all about chicken wormers.

Some of these little beasties can cause all sorts of problems for your chickens.

We will give you a ‘worm primer,’ what they are, what they do, and how to treat them before explaining how to prevent them.

There are a few different worms, so we will take each one individually and run through symptoms, causes, and cures, including chicken wormers.

Before we start, please do yourself and the hens a favor.

Gather some poop from your chickens and take it to your veterinarian.

They will be able to perform a smear slide or float test.

This test will accurately tell you whether or not you need to worm your chickens.

It is quick and relatively inexpensive and may save you the cost of buying unneeded worming medicine.

Vets are already seeing this.

Direct and Indirect Lifecycle of the Worm 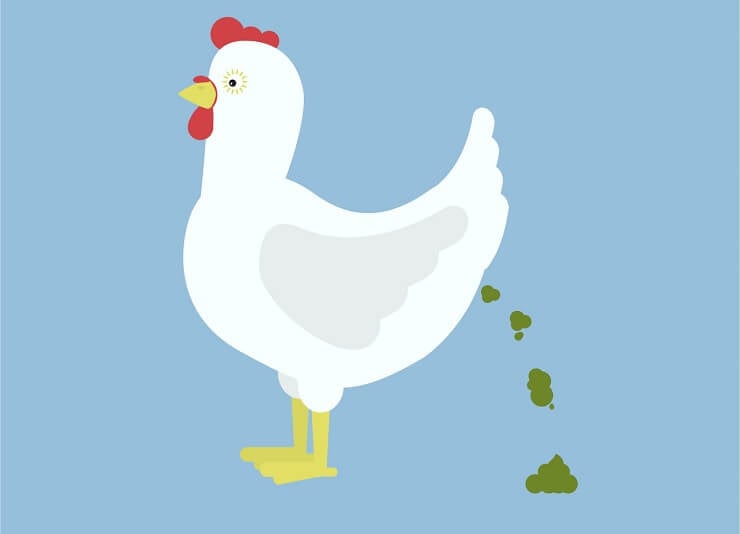 Parasitic worms can be divided into direct and indirect life cycles.

What does that mean?

A worm with a direct lifecycle lives its’ entire cycle within a chicken.

The eggs are shed in chicken poop, and when another bird pecks at it, that bird becomes infected too.

An indirect lifecycle involves another species (usually slugs, earthworms, or snails). The parasite is ingested when the chicken eats the earthworm.

Some parasites have even more complex lifecycles, but I won’t bore you to death here! 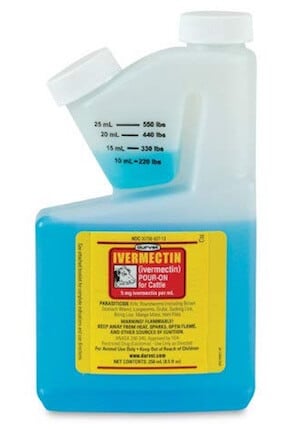 Types of Worms that are Harmful to Chickens

These are small thread-like worms, so small you cannot see them with the naked eye – a magnifying lens will show them.

Several types of capillary worms will live in the chickens’ crops, intestines, and ceca of the bird.

In severe infestations, they can move up into the throat and mouth of the bird.

Capillary worms can be ingested by eating earthworms and slugs or rooting through the well-built-up litter.

The bird will become weak and anemic with a pale comb.

It will look poorly, decrease appetite, appear emaciated, and sometimes have diarrhea.

In severe infestations, the bird may die.

There are several drug treatments for these worms.

You should consult your veterinarian as some of these medications have not been approved for use in poultry.

Of course, once you treat the birds, you must not eat the eggs or meat for the specified withdrawal period.

Gape worms (Syngamus trachea) are nasty things. They inhabit the windpipe of birds and feed on the blood they obtain from the micro-blood vessels.

In severe infections, the worms can cause a partial obstruction of the windpipe leading to the bird gasping or gasping for air.

They look like a Y shape; this, in fact, is the male and female locked together in almost permanent copulation.

The eggs are coughed up, swallowed, and excreted in the poop, where the next chicken will pick it up.

The affected birds will look shabby and run down.

They may cough and frequently gasp for air; you’ll also notice a decreased food intake. 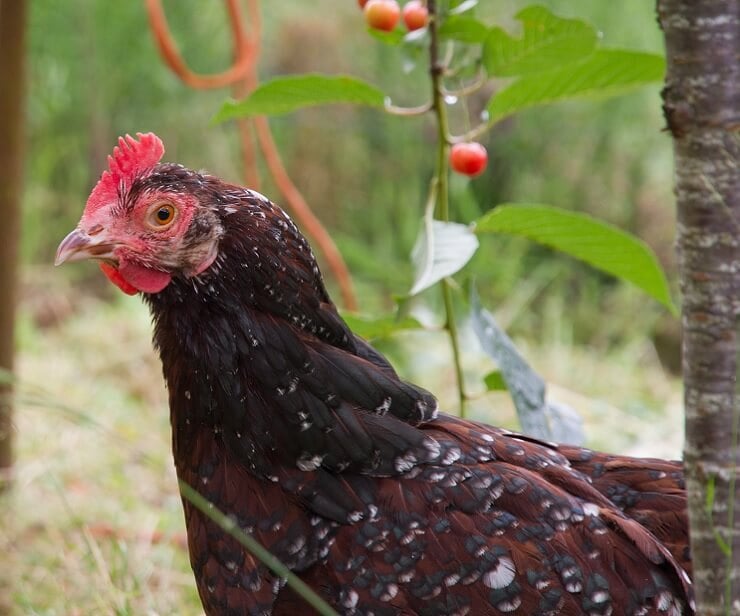 Tapeworms are flat, segmented ribbon-like worms that attach themselves to the intestinal lining.

The shed segments are pretty easy to see in the poop – they are flat, rectangular, and white. Tapeworms are relatively uncommon in chickens.

They suck nutrition out of the host leading to weight loss, emaciation, depression, and a generally unkempt appearance.

In growing juveniles, a lack of proper nutrition can lead to stunting of growth.

When the tapeworm sheds some of its segments, each will contain an egg that can be eaten by beetles, slugs, snails, etc.

In due turn, the infected insect is eaten by a chicken, so the indirect cycle continues.

Roundworms have a direct lifecycle – they live their lives in the chicken.

An infected hen will shed the eggs in her poop; another chicken will peck at it and become infected themselves.

They are the most common worm infestations in chickens.

The naked eye can see the worms as they are pretty long – they can grow up to 6 inches (12 cm) in some cases.

They live in the small intestine of the chicken.

In severe overloads, they can cause an intestinal blockage killing the bird.

Manson’s eye worm used to be a solely tropical disease, but in recent years has moved into the warmer areas of the temperate zones – such as the southern States of the US.

As its name implies, the worm lives in the eye of the affected bird.

Infection is usually caused by infected cockroaches, although infected feed, bedding, or poop from an infected bird can spread the disease.

A cheesy discharge from the eye can cause the eyelids to stick together.

If untreated, your hen will scratch at the eye, conjunctivitis, decreased appetite, droopy head, and eventual blindness.

The eye worm is treated with special medication obtained from your veterinarian.

Cecal Worms in chickens are widespread and don’t cause much of a problem.

They live in the ceca of the chicken and have a direct lifecycle.

An overload will cause the bird to look depressed and have a ratty appearance.

We mention it today because the cecal worm is responsible for the Blackheads in turkeys. Ideally, you won’t raise turkeys and chickens together.

Control and Prevention of Worms

Prevention is the best way to go regarding your flock’s health.

In this section, we are going to give you some helpful hints and suggestions to try and keep your hens in excellent condition using natural products.

First and foremost is good husbandry. Keeping your coops and chicken areas clean and not letting the chicken waste pile up is a great start.

Diatomaceous Earth can help keep down the number of parasites in the coop – especially lice and mites.

If possible, you should rotate your hens through different areas to prevent a soil build-up of parasites.

Many parasites (not just worms) love warm, damp places – they thrive in those conditions. Keep the runs and surrounding areas where the chickens go as dry as possible.

Fill in those mud puddles with pebbles, sand, and dirt to discourage standing water.

Keep the grassy areas that your chickens use short.

The UV rays from the sun will destroy many eggs and pests.

Make sure your birds have clean, fresh water available at all times.

Adding Apple Cider Vinegar to the water discourages the growth of algae and mosquitoes.

The ratio is 1 tablespoon of ACV to 1 gallon of water – you only need to do this 2-3 times a week.

You can also add crushed or minced garlic to the water.

2-3 cloves should be sufficient.

Natural wormers such as Verm-X can be used safely with your flock.

It’s a herbal preparation that’s been around for a while now. There is always controversy over its efficacy, with some folks swearing by it and others saying it’s useless.

Keep feed, treats, and other food off the floor to avoid contamination.

You can also try Vet Rx as a general tonic for your ladies – another herbal preparation that’s been around longer than I have!

How to deworm chickens?

You can use any of the chicken dewormers that we suggested. You can give them orally (I imagine it’s tough to get them to take it), through their feed or water, and the other one (Ivermectin) you can pour on the chicken’s neck.

We hope this has helped you to get to grips with worms!

As always, do your homework, get a fecal float test done, and proceed with the treatment of your choice.

You should be aware that a few of the wormers we mentioned are not approved for use in poultry.

They require the authorization of a veterinarian for use in poultry.

Unless your birds have a heavy worm load and are exhibiting symptoms of illness, you do not have to worm your chickens.

They do have worms – that’s a fact of life. Still, the parasite and the host live together in a tolerant relationship in a healthy bird.

I have hens that are now 8-9 years old; they have never been wormed as they have not exhibited any symptoms or problems.

Other folks regularly worm their flock using various wormers to prevent the worms from becoming resistant to one or more of the medications.

Use your best judgment, and observe your hens.

In small flocks, it’s usually easy to see those that aren’t feeling perky; treat them accordingly. 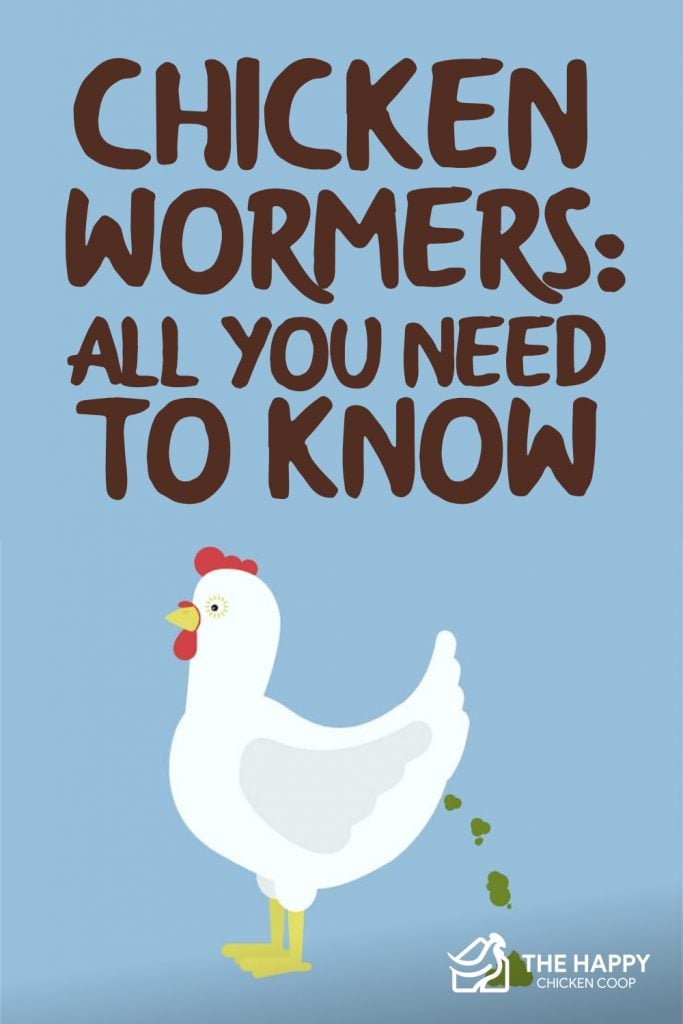 15 thoughts on “Chicken Wormers: All You Need To Know”