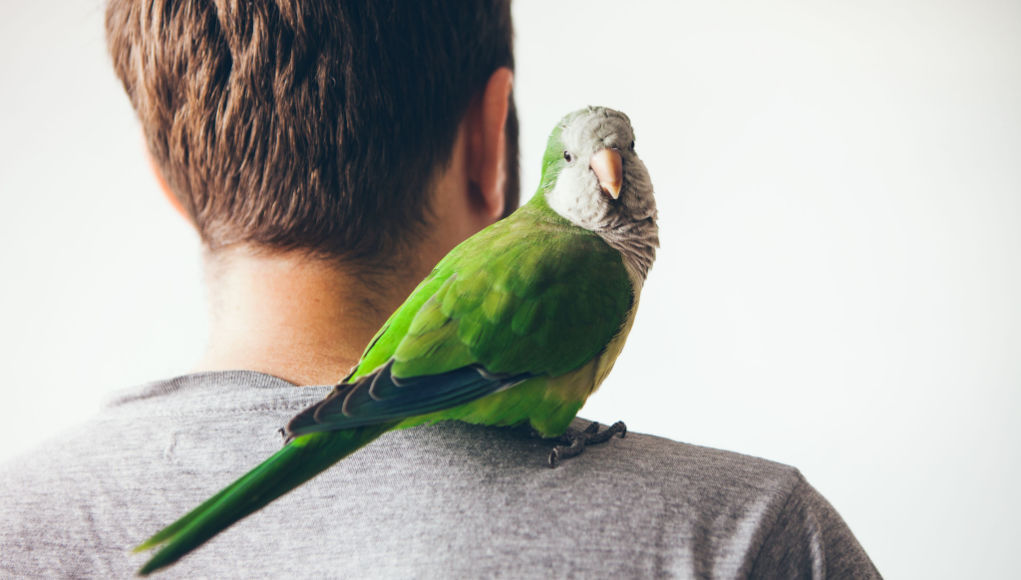 Have you ever met a bird who just seems to love people more than other birds?

It’s not uncommon for certain species of birds to form close bonds with their human caregivers.

These are called “one-person birds,” and they typically develop deep attachments to a single person.

What is a One-Person Bird?

One-person birds are typically companion parrots that are one type of bird that often becomes attached to a single person. Other birds may also develop one-person personalities.

While one-person birds can come from any background, they often have something in common: they were imprinted on humans at a young age.

This means that they were raised by humans instead of their own parents. As a result, they see humans as their flockmates.

One-person birds also tend to be higher in intelligence than other birds. This gives them the ability to bond more easily with humans.

In addition, one-person birds usually have a strong desire for social interaction.

They want nothing more than to be near their favorite person and will often become jealous if they feel like they’re being ignored.

So, why do some birds prefer human company to their own kind? There are a few factors at play.

First, these birds were likely imprinted on humans at a young age. This means that they see humans as their flockmates.

Second, one-person birds tend to be higher intelligent than other birds. This gives them the ability to bond more easily with humans.

Third, these birds usually have a strong desire for social interaction. They want nothing more than to be near their favorite person and will often become jealous if they feel like they’re being ignored.

Though many people assume that birds are social creatures that must be kept in pairs or groups, there are actually several species of birds that do just fine being the only bird in the house.

If you’re looking for a feathered friend but don’t want the hassle (or expense) of keeping multiple birds, read on for a list of five one-person bird species to consider. 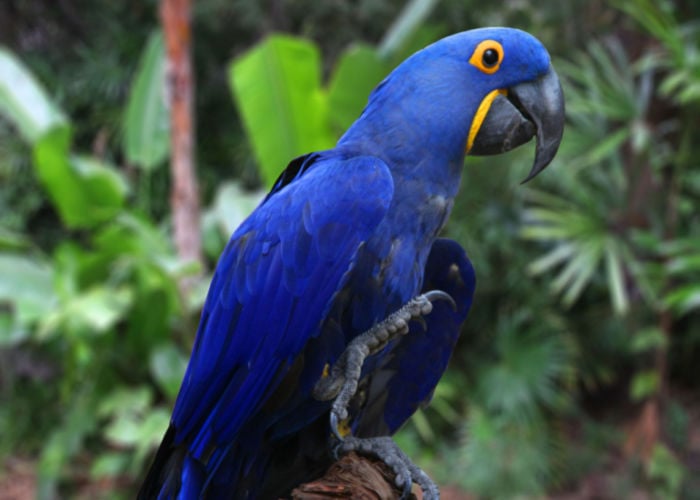 One of the most popular pet birds, macaws are known for their vibrant plumage and comical personalities.

Macaws are large, beautiful parrots native to Central and South America. They are known for their intelligence and ability to mimic human speech, making them popular pets.

Macaws require a lot of space and toys to keep them entertained, so they are best suited for homes with plenty of room.

While they can be boisterous and loud, macaws are also intelligent and loving birds that bond closely with their owners.

These loyal companions thrive on attention, so if you’re looking for a bird that will always be by your side, a macaw may be the perfect fit. 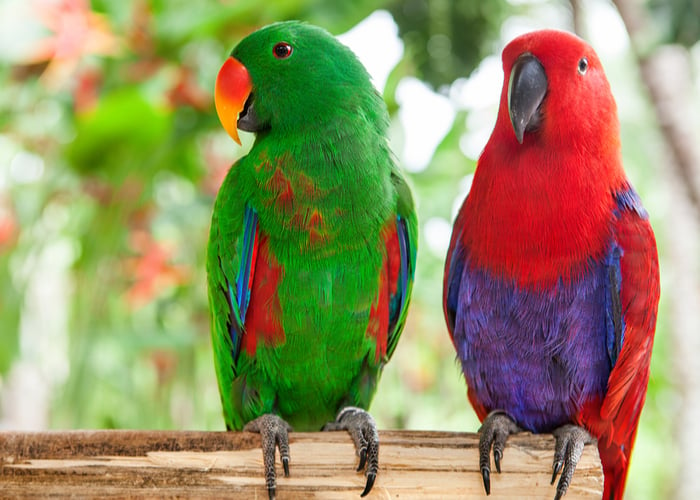 Don’t let their bright green feathers fool you—Eclectus parrots are actually some of the friendliest birds around.

Eclectus parrots are vibrant, tropical birds that are native to Australasia.

They are slightly smaller than macaws and require less space, making them a good option for people with smaller homes or apartments.

They make great one-person birds because they’re not as high energy as some of their feathered counterparts, and they’re content to snuggle up with their owner when it’s time to wind down for the day.

​​Eclectus parrots are also known for being very affectionate, so if you’re looking for a cuddly bird companion, this might be the species for you. 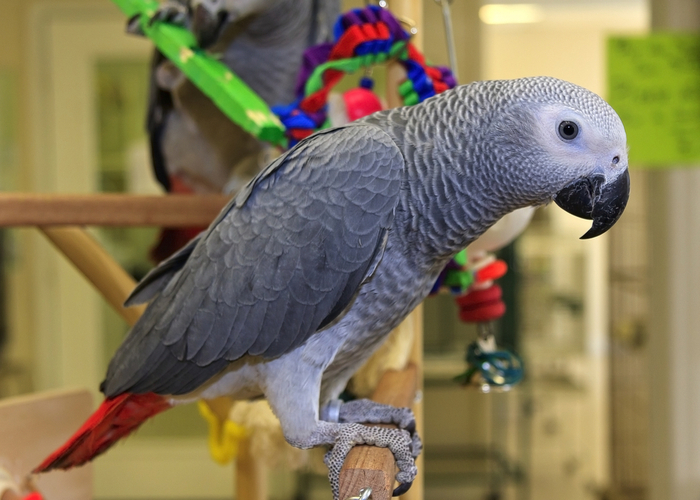 They are relatively small compared to other parrot species and don’t require as much space as some of the other birds on this list.

African gray parrots are known for being very vocal, so if you don’t mind a little noise, they make great pets. 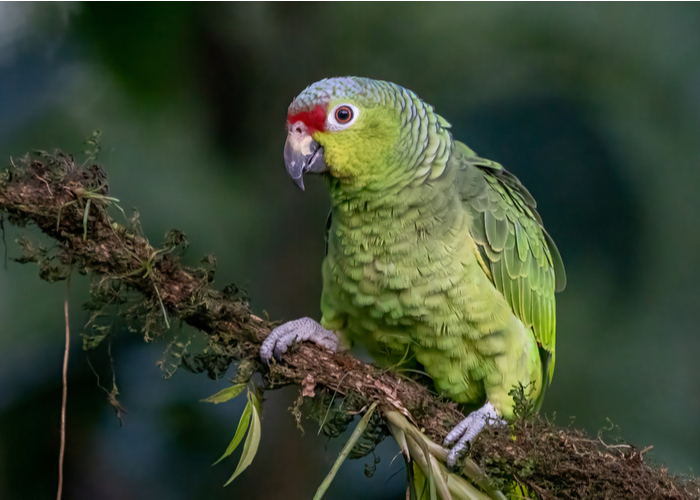 Amazon parrots are brightly colored parrots native to the Americas.

They come in a wide variety of colors and sizes, so there’s sure to be an Amazon parrot that’s perfect for you.

Amazon parrots require moderate amounts of space and toys to keep them entertained, making them a good choice for people with mid-sized homes. 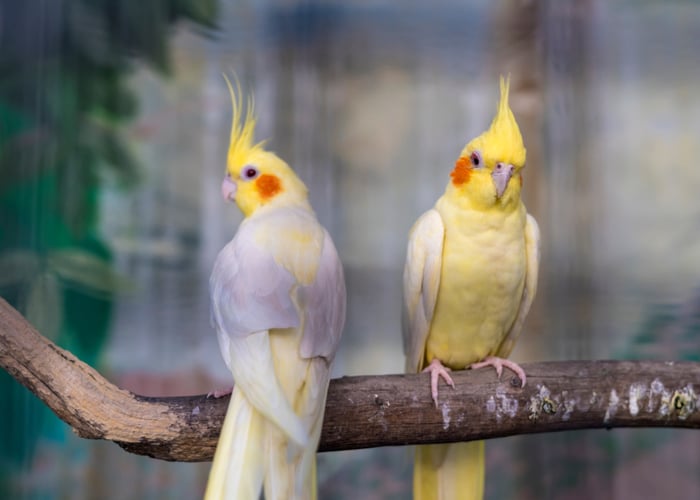 They don’t require as much space as some of the other birds on this list and are relatively low-maintenance, so they’re perfect if you’re not looking for a huge commitment.

Cockatiels also have a reputation for being friendly and affectionate, so if you want a cuddly bird companion, these little guys might be right up your alley.

What Are Some One-Person Birds in the Wild?

When we think of birds, we often think of them in pairs or in flocks.

However, there are actually quite a few bird species that are content to live their lives alone.

Whether they’re naturally solitary creatures or just don’t play well with others, these birds would rather go it alone.

Here are some of the most notable one-person birds out there.

The great gray shrike is a predatory songbird that can be found throughout Europe, Asia, and North America.

Great gray shrikes are known for their distinctive gray plumage and black mask-like markings on their face.

These predators hunt small mammals, birds, reptiles, and insects, which they impale on thorns or barbed wire fences to eat later.

While great gray shrikes will sometimes form temporary pairs during the breeding season, they typically prefer to live and hunt alone.

The majestic bald eagle is perhaps the most iconic bird in North America. These powerful predators can have a wingspan of up to 7 feet and weigh up to 14 pounds.

Bald eagles typically mate for life and can often be seen soaring through the air together or perched calmly on a tree branch side by side.

However, if one bald eagle in a pair dies, the remaining bird will not hesitate to find a new mate.

In fact, about 1/3 of all bald eagle pairs will dissolve in any given year due primarily to death or divorce. While they may mate for life, bald eagles are definitely not opposed to going it alone if need be.

Peregrine falcons are among the fastest animals on Earth, able to reach speeds of over 200 miles per hour when diving toward their prey.

These apex predators hunt other birds mid-flight, making them experts at aerial combat.

Peregrine falcons typically mate for life and will spend their days hunting and soaring together through the skies.

However, if one peregrine falcon in a pair dies, the remaining bird will not hesitate to find a new mate within days or even hours.

So while peregrine falcons may prefer the company of another falcon when hunting, they are perfectly capable of going it alone when necessary.

What Bird Can Live Alone?

We often think of birds as social creatures that live in flocks, but there are actually several species of birds that are perfectly content living a life of solitude.

While you might not see these loners very often, they’re out there! So which bird can live alone? Let’s take a look.

The Hermit Thrush is one bird that is perfectly content living alone. This North American thrush is found in wooded areas and mountainous regions and is known for its beautiful songs.

Even though they live solitary life, Hermit Thrushes will sometimes join forces with other hermits to form small groups while they search for food.

Another bird that enjoys its own company is the ptarmigan. This chicken-like bird can be found in the arctic tundra and is well-adapted to cold weather climates.

Ptarmigans are also excellent flyers, and will sometimes migrate solo instead of waiting for others in their flock to make the journey with them.

Perhaps the most famous solitary bird is the Brown Pelican. These seabirds are often seen flying solo or in small groups along coastlines.

Unlike other pelican species, Brown Pelicans do not mate for life and will often change mates each breeding season.

Small birds like budgies, lovebirds, and finches generally do well living alone. They’re independent creatures that don’t require as much attention as some of the larger breeds.

Cockatiels are another good choice for those who want a pet bird but can’t commit to two. These charming little birds are sociable creatures but can be content living on their own as long as they get plenty of human interaction. 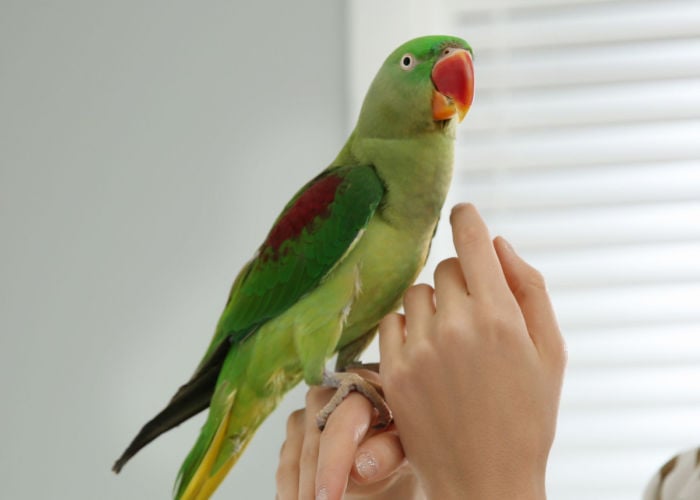 Have you ever met someone who seems to have an unusually close relationship with their bird?

If so, chances are they have a one-person bird. These types of birds typically attach themselves to a single human and can become very dependent on that person for both emotional and physical needs.

While this level of attachment can be very rewarding, it also comes with a great deal of responsibility. Below are some tips for properly caring for a one-person bird.

One-person birds need a safe place to call home where they can feel secure and comfortable.

Their cage should be large enough for them to flap their wings and move around freely, and it should be equipped with plenty of toys and perches.

Birds are curious creatures and they need stimulation in order to stay happy and healthy. Make sure to give your bird a variety of food, including seeds, fruits, vegetables, and pellets.

You should also provide your bird with a variety of toys, such as swings, mirrors, and chew toys.

By providing your bird with a variety of food and toys, you’ll help keep it from getting bored and stressed.

It’s also important to create a safe outdoor area where your bird can get some fresh air and enjoy the sights and sounds of nature.

Just be sure that the outdoor area is free of predators and other hazards.

A clean environment is essential for all birds, but it’s especially important for one-person birds.

One-person birds are more susceptible to diseases because they have a weaker immune system.

To prevent your bird from getting sick, make sure to clean its cage regularly and disinfect any toys or accessories that it comes into contact with.

One-person birds require a lot of love and attention.

In addition to spending time with your bird every day, you’ll also need to provide regular opportunities for physical contact, such as petting, cuddling, and preening.

This level of physical contact is essential for your bird’s emotional health, so be sure to make it a priority.

One-person birds require a lot of socialization in order to thrive. Make sure to set aside some time each day to spend with your bird.

Talk to your bird, pet your bird, and let your bird out of its cage often. The more time you spend with your bird, the happier and healthier it will be.

You should also make sure your bird gets regular checkups from an avian veterinarian to help prevent or catch illnesses early on.

If you’re looking for a one-person bird, there are a few different types to consider.

Just remember that even though these birds can bond well with just one person, they still need plenty of love and attention in order to thrive!

One-person birds are amazing creatures who form deep bonds with their human caregivers.

If you’re looking for a bird who will become your best friend, consider getting one of these avian companions!

Just keep in mind that these birds require plenty of attention and social interaction. So make sure you’re prepared to give them the time and energy they need before getting one of your own.

READ NEXT: Looking For The Friendliest Pet Birds: Here’s Our Top 15