8 Diseases You Can Get From Ducks 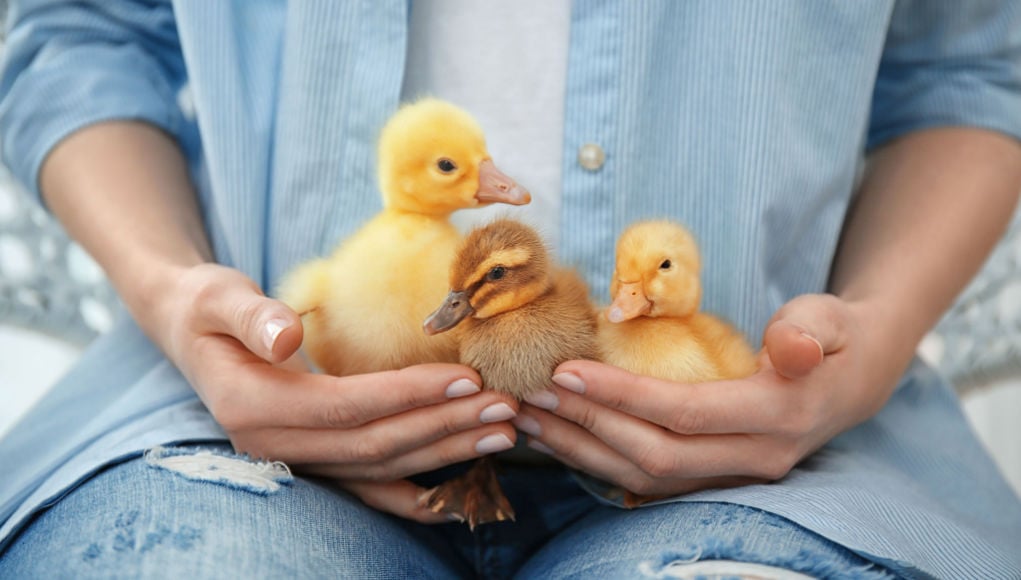 While ducks are beautiful creatures that can make for great pets, there are a few health hazards associated with them that potential owners should be aware of.

In this blog post, we’ll discuss some of the diseases that humans can contract from ducks as well as how to prevent them.

What Are the Most Common Duck Diseases?

Ducks are generally hardy creatures, but they can fall victim to a number of diseases. One of the most common is avian influenza, which can affect both wild and domestic ducks.

The virus can lead to respiratory problems, as well as liver and kidney damage. Fortunately, this disease does not commonly spread to humans, though it has in cases of intense exposure (like for workers at poultry farms).

Another common duck disease is Newcastle disease, which is caused by a virus that leads to neurological problems and internal bleeding.

Ducks can also contract various bacterial diseases, such as Salmonella and E. coli. These diseases often cause gastrointestinal problems, such as diarrhea and vomiting. In extreme cases, they can lead to death.

In this post, we’ll take a closer look at these diseases and others. 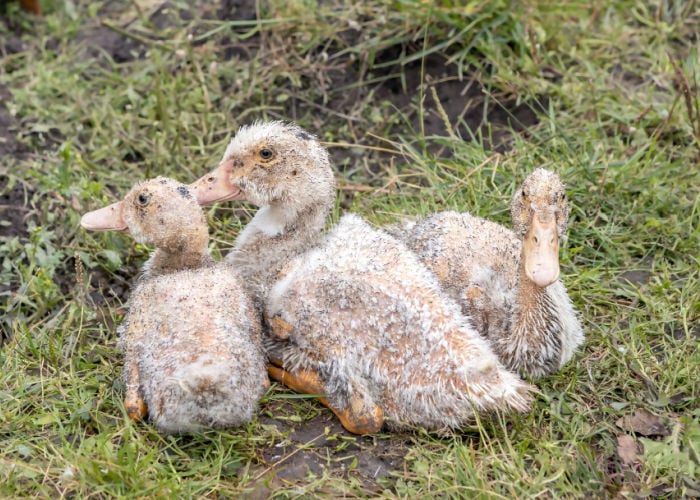 What Disease You Can Get From Ducks

Diseases that can be transmitted from birds to humans are called zoonoses. While most birds are healthy and pose no threat to humans, some species can carry dangerous pathogens.

Let’s take a closer look at some duck diseases that can be spread to humans.

Psittacosis is a disease that can affect both ducks and humans. It is caused by the bacteria Chlamydia psittaci, which is found in the saliva, feces, and respiratory secretions of infected birds.

Symptoms in ducks include lethargy, ruffled feathers, and weight loss. In humans, symptoms may include fever, chills, headache, and pneumonia.

Psittacosis can be treated with antibiotics, but it is important to seek medical treatment early to avoid serious health complications.

To prevent the spread of disease, it is important to practice good hygiene when handling ducks and their remains.

Any bird that appears ill should be isolated from other animals and reported to a veterinarian.

Avian influenza, commonly known as “bird flu,” is a viral infection that affects birds. Though most forms of the virus are harmless to humans, some strains can cause severe respiratory illness.

Ducks are particularly susceptible to avian influenza, and the virus can cause a variety of symptoms in these animals, including weight loss, decreased appetite, and increased thirst.

In some cases, ducks may also develop pneumonia or other respiratory infections.

While most humans who contract avian influenza will recover without incident, some may develop severe symptoms, such as pneumonia or bronchitis.

Again, it is exceedingly rare for humans to get avian influenza from their docks, but it’s worth educating yourself on the risks nevertheless.

To help prevent the spread of avian influenza, individuals should avoid contact with sick birds and wash their hands thoroughly after handling poultry.

This is a type of bacteria that can cause food poisoning. Salmonella infection is usually caused by eating contaminated food, such as unpasteurized milk, raw eggs, or raw meat.

The bacteria can also be spread by contact with contaminated surfaces, such as countertops or doorknobs.

Symptoms of salmonella infection include diarrhea, vomiting, and abdominal cramps. In severe cases, the infection can lead to blood poisoning or death.

The best way to prevent salmonella infection is to practice good hygiene habits, such as washing your hands often and cooking food thoroughly.

If you think you have been infected with salmonella, you should see a doctor immediately. Treatment for salmonella infection usually involves antibiotics. 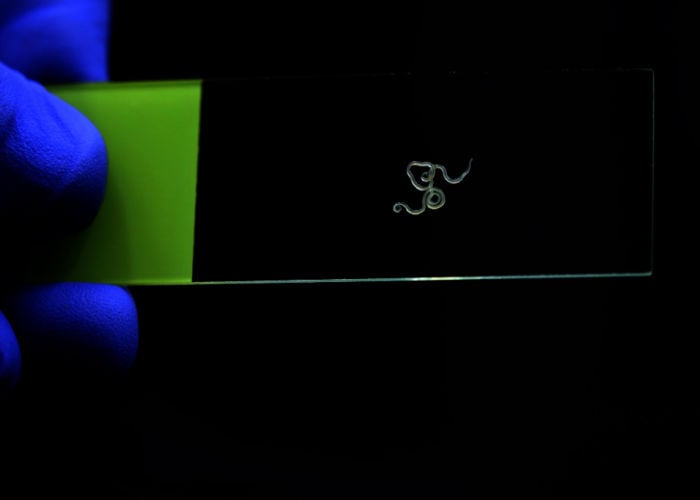 Campylobacter is a genus of bacteria that are typically found in the intestines of animals. In ducks, Campylobacter can cause an intestinal infection known as Campylobacteriosis.

Symptoms of this condition include diarrhea, weight loss, and dehydration. In severe cases, Campylobacteriosis can lead to death.

Humans can also contract Campylobacteriosis from contact with infected ducks. The symptoms of this condition are similar to those seen in ducks and include diarrhea, cramping, and fever.

Treatment for Campylobacteriosis typically involves antibiotics. To prevent the spread of this condition, it is important to maintain good hygiene when handling ducks or duck products.

Colibacillosis is an infection caused by the bacteria Escherichia coli, and it can affect both ducks and humans.

The bacteria typically enter the body through the gastrointestinal tract, and they can cause a range of symptoms, including diarrhea, vomiting, and abdominal pain.

In ducks, colibacillosis can also lead to reduced appetite, weight loss, and lethargy.

As one of the diseases you can get from ducks, this infection in humans is usually mild and self-limited, but it can occasionally lead to serious complications, such as kidney failure.

However, the best way to prevent the disease is to practice good hygiene and cleanliness, especially when handling poultry.

Eastern Equine Encephalitis (EEE) is a virus that affects the nervous system of both ducks and humans. The virus is transmitted to ducks through mosquito bites, and it can cause severe neurological damage.

Symptoms in ducks include paralysis, convulsions, and death. In humans, the virus can cause fever, headaches, seizures, and coma.

There is no specific treatment for EEE, and the best way to prevent the disease is to avoid mosquito bites.

Mosquitoes that carry the virus are most active at dawn and dusk, so it is important to use insect repellent during these times.

Wearing long sleeves and pants can also help to reduce the risk of being bitten. 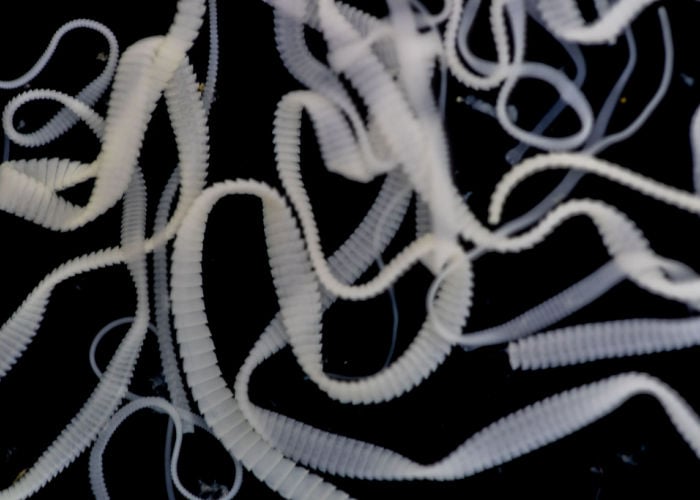 Symptoms in ducks include depression, loss of appetite, excessive thirst, coughing, and sneezing. In severe cases, the virus can cause paralysis and death.

Although Newcastle disease is not considered dangerous to humans, some people may experience flu-like symptoms such as fever, headaches, and muscle aches.

There is no specific treatment for the virus, but affected birds should be isolated from healthy birds to prevent the spread of the disease.

Vaccines are available to help protect ducks from Newcastle disease.

Cryptosporidiosis is a disease caused by the Cryptosporidium parvum parasite. This parasite affects the gastrointestinal tract of birds, mammals, and reptiles and can cause severe diarrhea.

Ducks are particularly susceptible to cryptosporidiosis, and the disease is often deadly in young ducks. The parasite is transmitted through contaminated water, food, or contact with an infected animal.

Symptoms of cryptosporidiosis in ducks include weight loss, lethargy, and diarrhea. In humans, the parasite can cause gastrointestinal distress, including nausea, vomiting, and watery diarrhea.

There is no cure for cryptosporidiosis, but treatment focuses on relieving symptoms and preventing dehydration.

To prevent the spread of the disease, it is important to practice good hygiene and disinfect all surfaces that come into contact with ducks. 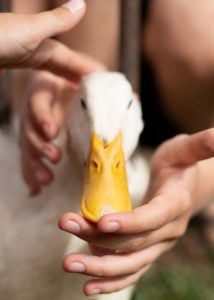 Can You Get Sick from Petting Ducks?

Unfortunately, yes, you can get sick from petting or handling ducks that are also sick.

There are several steps you can take to prevent duck diseases from affecting you or your family members.

One of the best ways to prevent getting sick from ducks is to wash your hands. Ducks can carry a number of diseases, including salmonella, E. coli, and campylobacter.

These diseases can be transmitted to humans through contact with contaminated water or food.

Duck feces can also contain harmful bacteria that can cause respiratory infections. Thus, it is important to always wash your hands thoroughly after handling ducks, their feces, or their food.

In addition, it is a good idea to wear gloves when cleaning their enclosure.

One of the most important things you can do to stay healthy when you have ducks is to keep their living areas clean. This means regularly cleaning their cage or enclosure, as well as any areas to which they may have access.

If you have ducklings, it’s especially important to keep their area clean, as their immune systems are not yet fully developed.

You should also wash your hands thoroughly after handling ducks or anything in their living area.

One of the most important things you can do to prevent getting sick from ducks is to avoid overcrowding.

Ducks are very clean animals, but they can carry diseases that can be easily spread when there are too many ducks in one place.

When ducks are overcrowded, they are more likely to come into contact with each other’s feces, which can lead to the spread of disease.

In addition, overcrowding can also increase the risk of ducks developing foot problems, as they are more likely to stand on each other’s feet in cramped quarters.

As a result, it is important to provide your ducks with plenty of space to exercise and socialize. 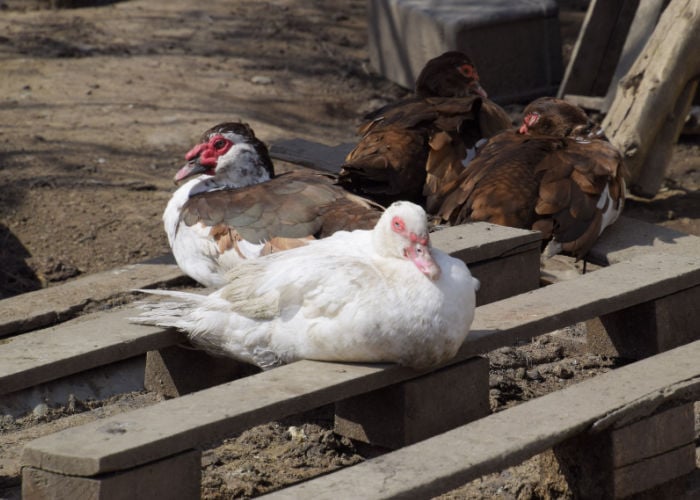 Any ducks that show signs of illness should be isolated from the rest of the flock. This will help to prevent the spread of infection.

Second, all sick ducks should be treated by a qualified veterinarian. Early diagnosis and treatment are essential for ensuring a full recovery.

Use PPE When Handling Sick Birds

One of the best ways to prevent getting sick from ducks is to use personal protective equipment (PPE) when handling sick birds. PPE includes gloves, gowns, masks, and eye protection.

It is important to wear PPE when handling any duck that shows signs of illness, such as diarrhea, coughing, sneezing, or being lethargic.

You should also wear PPE if you are cleaning an area where a sick duck has been, such as a coop or pen. PPE will help to protect you from getting sick yourself.

The best way to protect yourself from getting sick from ducks is to vaccinate birds when possible. This may not be possible in all cases, but it is the best way to reduce the risk of transmission.

One of the most common ways that people contract illnesses from ducks is through close contacts, such as kissing or nuzzling them.

While it may seem like an innocent act, this can transfer harmful bacteria from the duck’s mouth or nose into your own.

In addition, ducks often dip their heads into dirty water, picking up parasites that can cause gastrointestinal problems in humans.

For these reasons, it’s important to avoid kissing or nuzzling birds, even if they seem healthy. 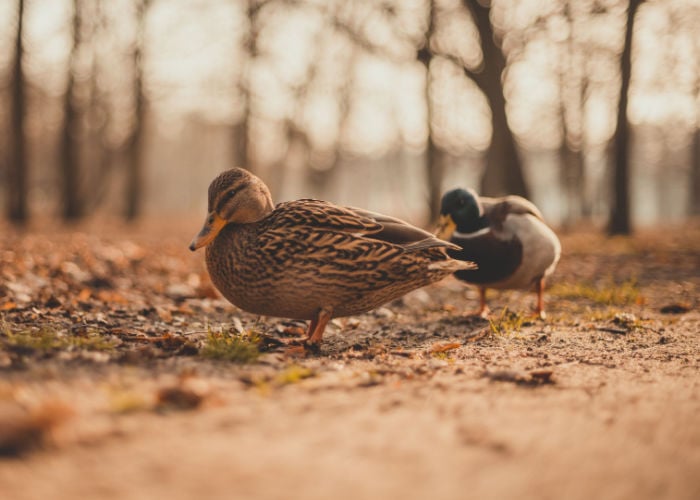 By keeping ducks out of your home, you can reduce your chances of coming into contact with the bacteria and viruses that they may carry.

This can be tough if they’re your pets but is a good idea to keep you and your family safe.

Don’t Handle Birds While Eating (and Wash Your Hands Beforehand)

The best way to avoid getting sick from ducks is to avoid handling them while you’re eating or preparing food.

If you must handle ducks while you’re eating, be sure to wash your hands thoroughly beforehand.

Don’t Use the Kitchen Sink to Wash Duck Supplies

One common mistake is using the kitchen sink to wash duck dishes and clean their living area.

However, this can easily spread Salmonella to other surfaces in the kitchen, putting you and your family at risk of getting sick. Instead, set up a dedicated area for cleaning duck supplies, such as a utility sink or an outdoor hose.

Diseases You Can Get From Ducks: Final Thoughts

While ducks are generally harmless creatures, there are a few diseases that they can carry which can affect humans.

There are several steps you can take to prevent the disease you can get from ducks, such as washing your hands after contact with ducks.

By taking these precautions, you can enjoy spending time around ducks without having to worry about getting sick.

READ NEXT: Common Duck Diseases and How To Prevent Them