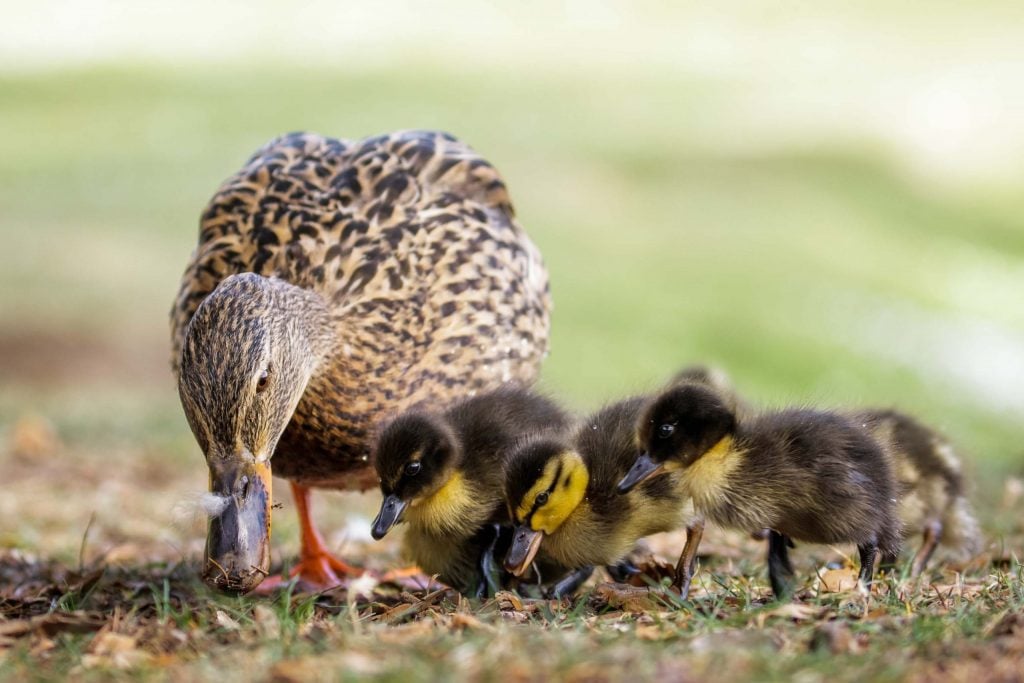 Feeding ducks the right feed at the right time in proper amounts is crucial to their overall health and egg production capacity. While commercial feed may be at the base of the diet of most backyard duck flocks, many homesteaders also diligently try to introduce as much of a natural diet as possible into the bellies of their egg producing poultry birds. In this article we are going to tell you everything you need to know making this the ultimate duck feeding guide.
Perhaps the most important thing to understand about ducks is that they are voracious omnivores. Just like chickens, ducks will need and heavily forage for ample sources of protein. A significant portion of a healthy egg laying duck hen’s diet should be composed of both protein and calcium.
Free ranging a duck flock for at least a few hours a day or for an extended time period on the weekend will greatly enhance their natural dietary protein and grit options as well as save a substantial amount of money in feed for the keepers.
If you are blessed to live in a rural environment, allowing ducks to free range is a far easier prospect due to the amount of foraging space available. But, if you live in a small town or suburban environment – and to a lesser degree an urban environment, free ranging is still possible and advised.
A fenced in backyard area of small green space is all you need to create a source of numerous bugs and naturally grown or planted leafy greens as well as recommended fruits and vegetables for ducks to eat. 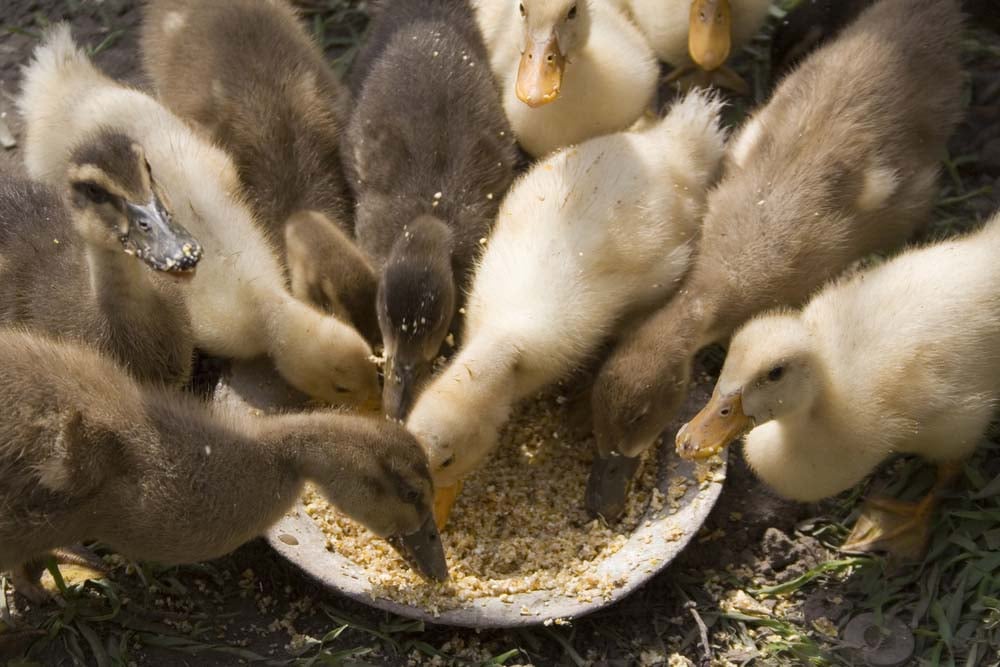 Ducks can safely eat standard chicken feed, game bird feed, or waterfowl feed. Ducklings however, can only safely consume non-medicated and not medicated chick starter feed.
To infuse the enhanced level of niacin that ducklings require, adding a pinch of brewer’s yeast to each duckling’s daily food ration is highly recommended. The brewer’s yeast mixed into the feed should comprise roughly 5 percent of the daily feed ration.

How Much Should Ducks Be Fed?

A mature duck should consume between 170 to 200 grams (about six to seven ounces) of feed per day. Ducks being raised as meat birds as well as especially large breeds being raised for eggs, such as the Jumbo Pekin breed, should have their daily feed ration increased by several ounces. 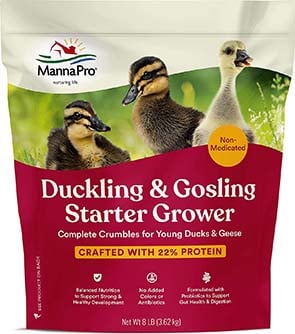 Amazon: Find It Here
There have been recent launches of starter feed specifically for ducklings. However, I have and from time to time still use non-medicated chick starter for both the ducklings and baby chicks that I keep in the same brooder – and ultimately the same coop.
Chick starter type of feed is softer and flakier than a poultry bird feed designed for laying hens or mature birds. 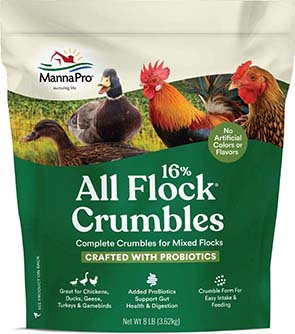 Amazon: Find It Here
This style of poultry bird feed is thicker and harder than chick starter but softer than the more dense pellet feed. Some duck keepers wait until a bird is mature to offer pellet feed out of concern that crumble feed could be a choking hazard for younger poultry birds. I have used crumble feed with young birds because they seem to be able to consume it better, ducklings especially, without any ill effects. 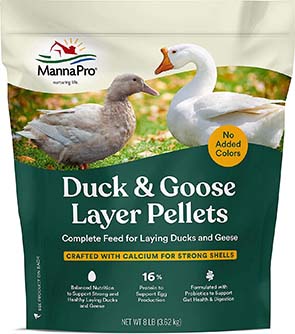 Ducklings should be fed a non-medicated chick starter feed and a niacin supplement. This low density feed is easy for the hatchlings to consume. It has an 18 to 20 percent protein count. Adding a pinch or two of brewer’s yeast to the feed will increase its niacin level, which is vital to the health and growth of the young ducks.

Young bucks can transition to a grower, breeder, or layer style of pellet feed at this age. The protein level of any feed given should be at 15 percent.

Mature ducks should be given a layer or breeder feed. If you are raising ducks for both eggs and meat or just meat, consider giving them a game bird feed to help boost their weight as naturally as possible.

Poultry birds need grit in their diet to help them digest both the commercial feed and foraged food properly. The grit introduces more calcium into their diet and helps create strong egg shells. Free ranging flocks do not necessarily need to have commercially manufactured grit, like oyster shells, added to their daily feed rations. 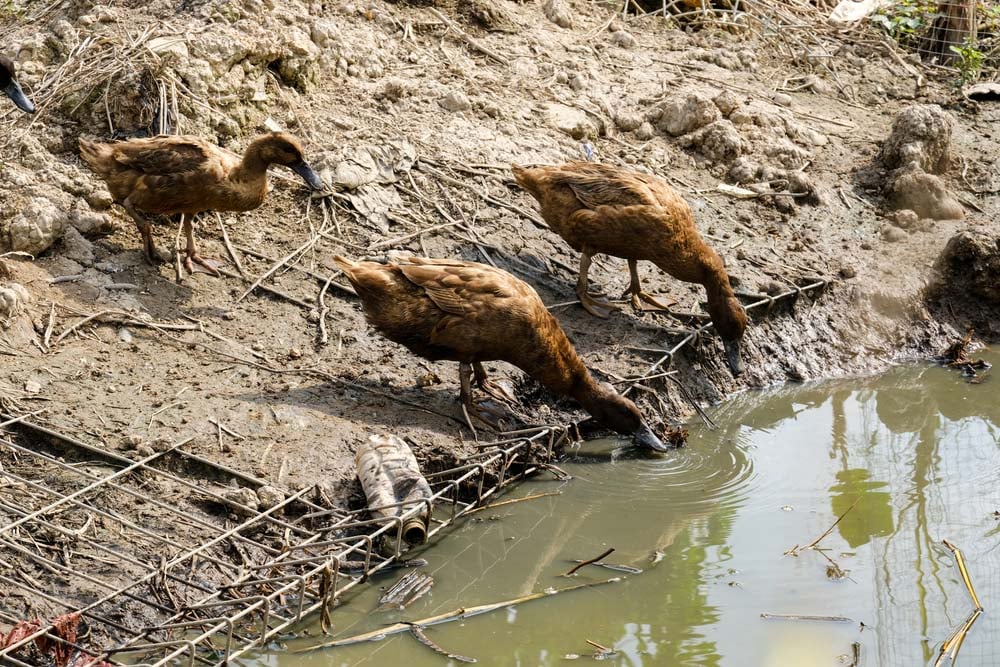 Ducks will naturally search for and thrive on any of the food listed below. They can find these both in and around their water source and while free ranging. Some duck breeds are better at free ranging than others. If you plan on relying on a foraged diet to serve as the basis of daily feed it is recommended to monitor the time ducks spend looking for food daily and take note of any weight loss or gain.
Unlike chickens, ducks will still forage heavily in the winter. But, even though they will still be able to find a lot of protein-rich food if their free ranging area is large enough, expect to supplement their diet with commercially manufactured feed or a higher ration of feed during the cold weather months.

Even when providing healthy treats they should only be offered after standard feed has been given. This list should account for no more than 10 percent of their daily diet. Ducks may not like every food on this list, and may like some more than others. Just like people, ducks will have their preference when it comes to snack time. It is good practice to feed ducks healthy snacks to train the ducks on your turn out and put up routine when free ranging. This can help to gentle them, so they can be handled for medical care. 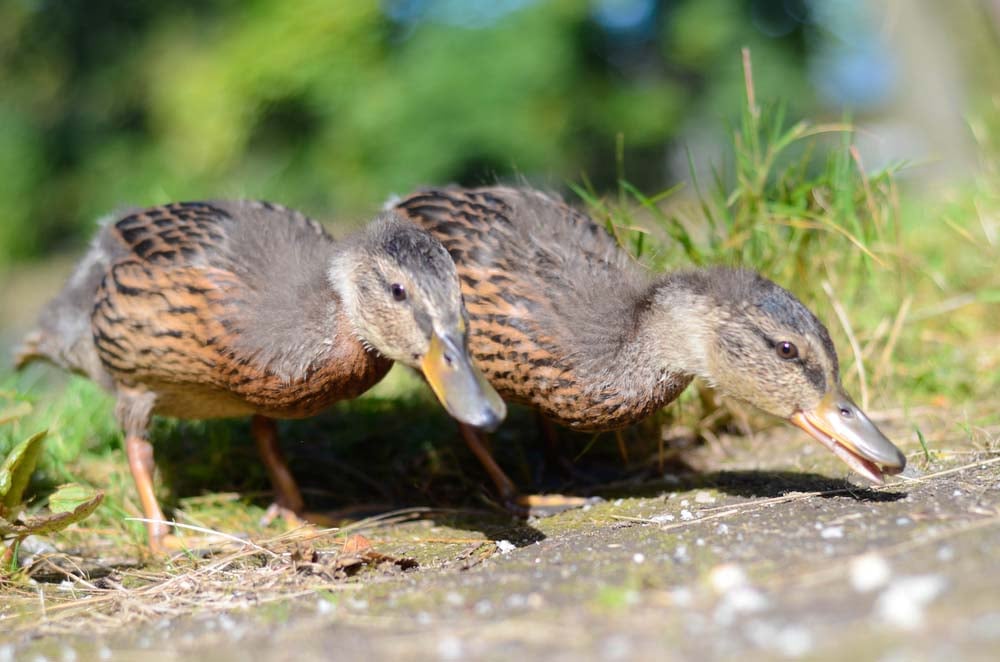 Eating any food on this list might not automatically or immediately cause a duck to become ill, die, or have some type of allergic reaction – but it may. It can take several ingestions of dangerous food for potentially deadly acid to build up enough to harm or kill the duck. In some (if not many) such instances, the damage done to the duck will cause irreparable harm.
Duck food poisoning symptoms can include hemorrhaging, poor egg quality, rapid heartbeat, visceral gout, scours, convulsions, congestion, reduced egg production, and kidney failure.
Droppings from a duck that becomes ill due to exposure to tainted or contaminated feed may infect more members of the same flock. Duck droppings are runny in general, but when a duck has scours (diarrhea) they become even more runny and often look at least one shade lighter than normal.
A casual daily inspection of the coop and run for signs of scours can help prevent the spread of dangerous bacteria that was sparked by eating moldy food before more ducks become ill or possibly die from the exposure to the feces.

All commercially manufactured feed should be properly stored and used by the recommended date to prevent it from garnering excessive moisture or becoming moldy. Storing feet in a damp place or in an opened back can not only cause both of the above issues, but will invite bugs, rodents and their feces inside of the bag. The ingestion of rodent feces can be toxic to poultry birds.
Duck feed should be stored in an airtight tub or a similar container with a firm fitting lid to help preserve its integrity as long as possible. Moldy feed either in commercially manufactured form or vegetable form can cause severe illness or death in poultry birds.
Uneaten feed left in a feeder in the duck coop should be removed before it becomes overly exposed to moisture, pests, or rodents. Feeders should also be washed out and disinfected regularly to prevent the development of fungi, mold, and bacteria.
If duck feed smells sour or feels damp, it should be thrown away immediately. Do not risk feeding the flock from a bag with these characteristics. No one wants to throw money down the drain by pitching a nearly full bag of feed, but the loss of a breeding duck or solid layer will ultimately be more costly – and tragic. 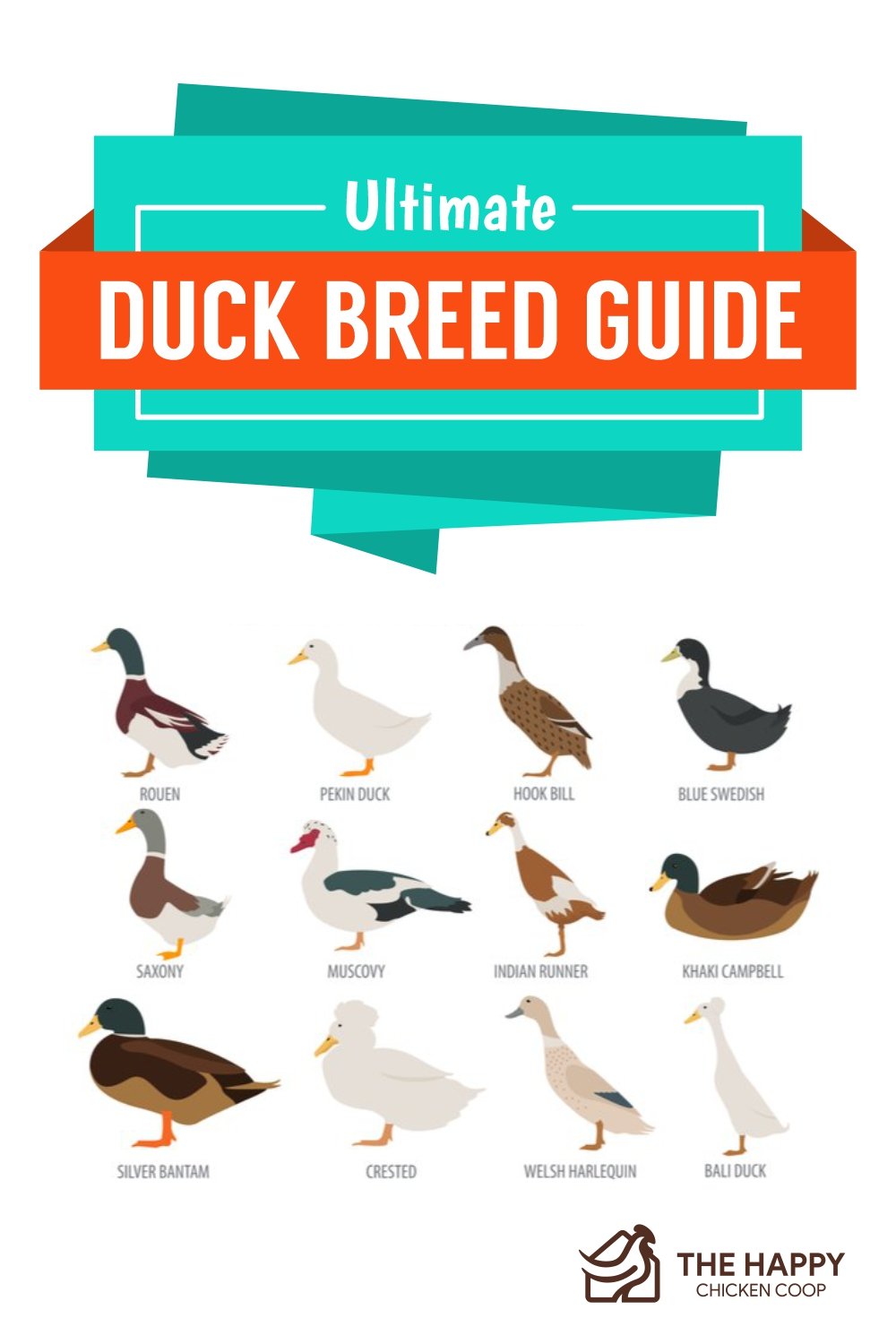