Possums Eat Chickens? How To Keep Your Flock Safe 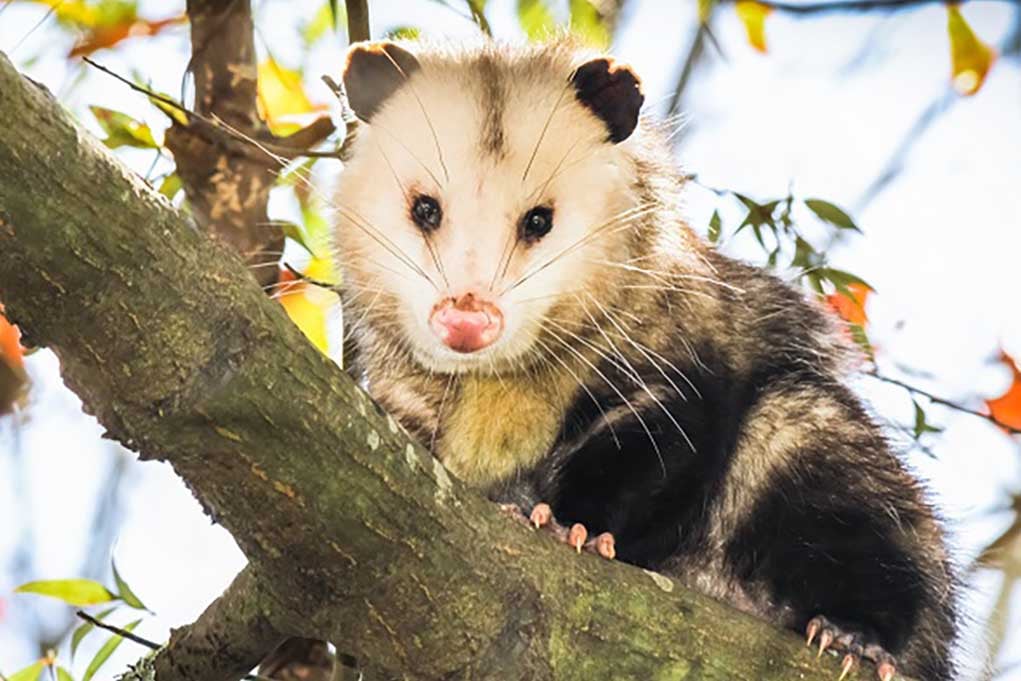 Possums, also known as opossums, are small animals found mainly in the eastern US states.
It is one of the numerous predators that can attack your backyard chickens. And yes, opossums will eat chickens.

What Is A Possum? 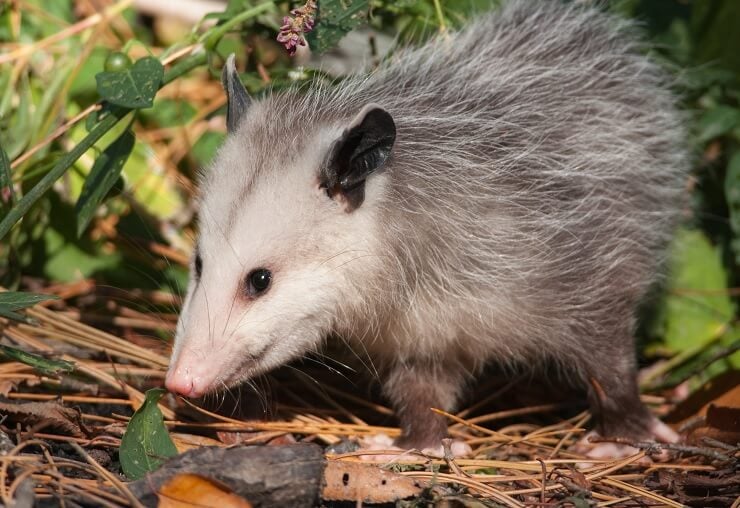 Before you can protect your flock of chickens, you need to know what you are up against.

The possum is more correctly known as an Opossum (Didelphis Virginiana) and it is Americas’ only marsupial animal.

Despite sharing the same name, Americas’ possum is not related to the Australian possum. They are a completely different species.

An adult is about the size of a house cat (21-36 inches long) and weighs (4-15lb). They have a long pointed face with a pink nose, black eyes, and a long hairless tail. They have dirty white/grey fur with a white face and a mouth with 50 sharp, pointed teeth.

Whilst they are generally nocturnal, they can be found out and about during the daytime occasionally.

In terms of habitat, they range from Central America to the eastern US states, parts of Canada, and occasionally the mid-western US.

Their preferred environment is in forests, although any area that offers plenty of cover and food will be acceptable.

They will make their dens out of tree trunks, abandoned burrows.

Areas that border along rivers, streams, marsh, or swamp are ideal since the general locale will provide both food and water. 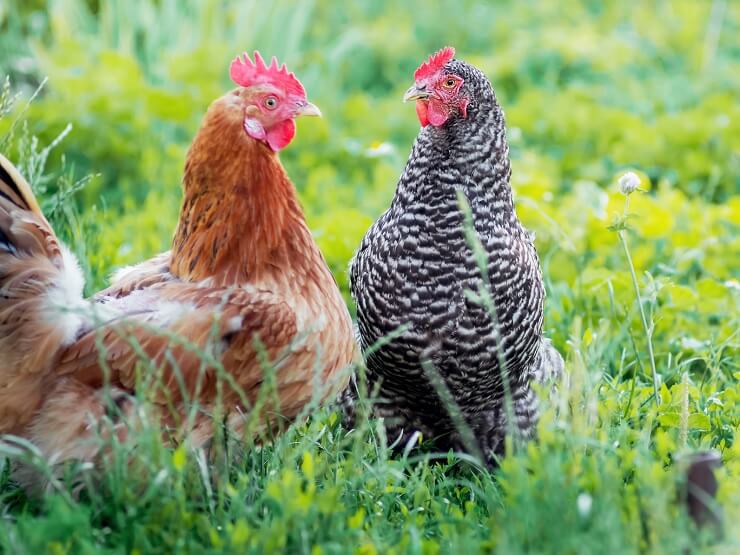 They are opportunistic omnivores who will eat just about anything including your tasty trash, yummy compost piles, and other such delicacies.

Will they eat chicken? Yes if the opportunity arises.

Although they may not attack a standard hen, they will take bantams, chicks, and eggs.

There have been some recorded cases of a large possum taking a full-grown standard hen, but they much prefer smaller prey that they can consume in one sitting.

They rarely consume the whole carcass, preferring the breast, abdomen, and crop.

Signs Of An Opossum Attack 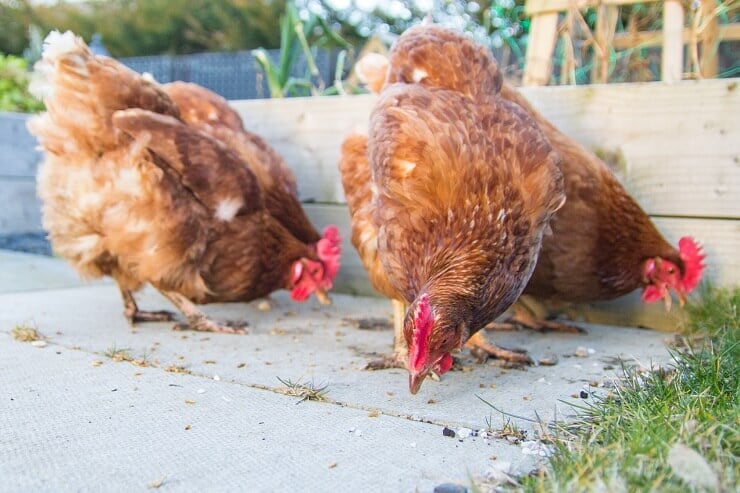 Since possums is mainly nocturnal, you are unlikely to catch them in the act, but below are some clues to help you identify the culprit:

How To Protect Your Flock From Opossum Attacks 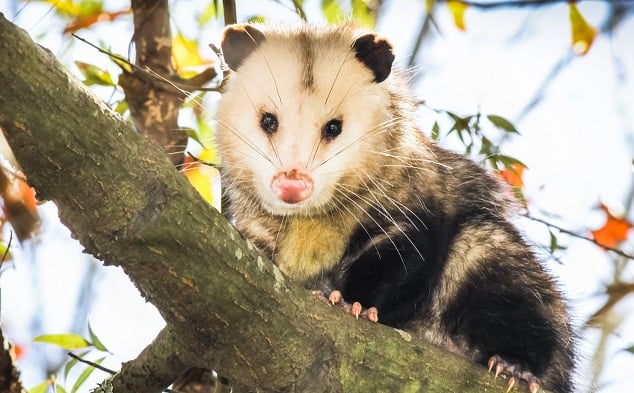 They are not rocket scientists, if you follow strict coop security you shouldn’t have too many problems with them.

Some people leave a radio playing all day and night, something soft you don’t need to subject your hens to heavy metal! The sounds will deter them from entering.

Many folks hang Christmas lights around the coop and run. They are quite affordable; just a few bucks at the dollar store and the light will deter many other predators’, not just possums.

It also makes the place look festive regardless of the season. You can try motion-activated lights too.

Another suggestion was to stuff empty tin cans with ammonia-soaked rags. You make a few holes in the can, seal the top over and place at the corners of the coop. Change the cans and rags when you can no longer detect the ammonia smell.

In the run itself, you can run a hot wire around the top of the perimeter. The shock will deter most predators from trying that again.

Of course, you need to check your coop for any means of access. A possum needs a relatively large hole to squeeze into, but other much smaller predators can slip through anything larger than a ½ inch.

Some folks think that because the run is ‘predator proof’ they don’t need to shut the pop door at night – this is a very bad habit to get into.

Always shut the pop door at night, and check the coop before you do, just in case! If you are away from the coop often, consider an automatic pop/coop door.

Dogs are a good deterrent as generally, possums will avoid cats and dogs if at all possible.

Even with the best security, an attack can still happen. Although an attack on your flock is a terrible thing, try to keep it in perspective.

Ask yourself was security good/how did it get in/can I prevent it in the future?

What If I Find A Possum In The Chicken Coop?

If you encounter one in the coop chances are it’s looking for food and a place to sleep.

I have found a couple in my coops over the years and I ask them nicely to leave – don’t yell and scream at them you will only succeed in terrifying them. Using a long stick I will prod them to get them out of the coop.

I have never been attacked – the possum is much more afraid of me and they are generally peaceful fellows and would rather avoid trouble than look for it.

The opossum is a very useful animal to have in your yard. It will devour slugs, snails, beetles, ticks, rats, and mice – a real walking pest control.

They do not attack your chickens because they are mean/vicious/bloodthirsty – all these labels have been applied to them. They are simply doing what nature intended and looking for a meal.

Over the years when I know there is a possum around, I will leave out a small bowl of chicken feed for them in the winter months. My reasoning being if they are well fed they won’t bother the chickens and perhaps will dispatch a couple of mice in the bargain.

If I have chicks around the barn, I am more watchful for signs of attack, but I rarely see them in the summer months.

Of course, you can put traps down, but once you catch them you should call animal control to relocate them. I have never felt the need to do this since they seldom have caused mischief here.

Have you had any experiences with opossums? Let us know in the comments section below… 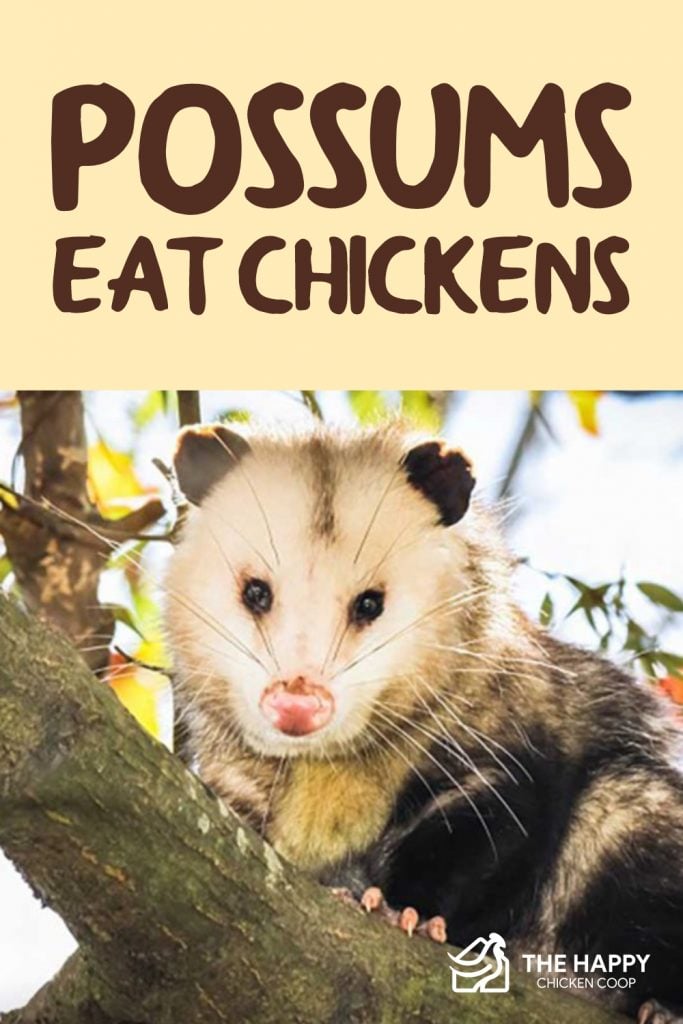 50 thoughts on “Possums Eat Chickens? How To Keep Your Flock Safe”