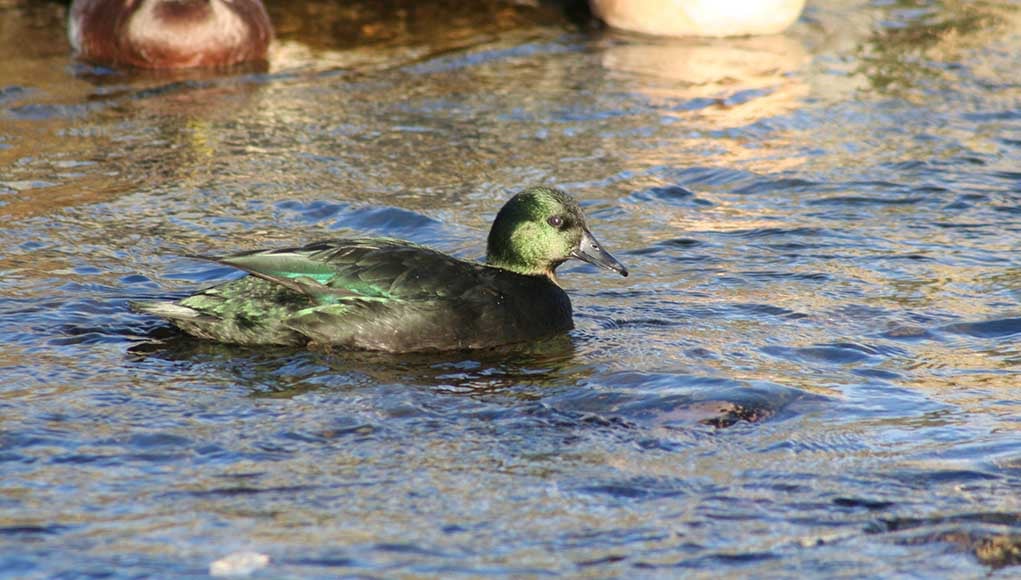 East Indie ducks are one of the most beautiful breeds on the planet. Do not let their name fool you. We don’t believe this unique duck breed was originated in the East Indies but rather in the United States.

The East Indie duck and the Cayuga duck are quite similar and often mistaken for one another – even by experienced duck keepers. Both have iridescent coloring in dark shades and share the same type of epistatic gene colors. Cayuga ducks and East India ducks also lay eggs that feature a dark pigment that is easily washed off.

Members of this duck breed are typically kept as pond ornaments to showcase their beauty while lounging on the pond and showing birds. East India ducks are a bantam (small or miniature) breed that is a bit stockier than the most popular bantam duck breed – the Call duck. 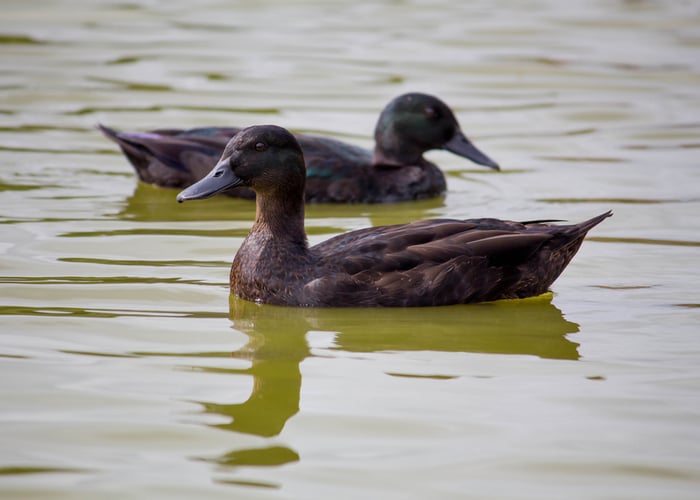 During the time that this breed was developed, exotic birds of all types were the rage. This trend prompted the breed originators to dub this American duck breed the East Indie duck.  People believed at the time that such an exotic-sounding name would help this new breed become quite popular – and profitable to keep and exhibit.

This breed was formally developed near the end of the 19th Century in the United States. Some folks have contended that East Indie ducks can be traced all the way back to 1831 in London. During that year, the Zoological Society of London had specimens of this duck breed and had dubbed them the “Buenos Ayres” duck.

In 1865, the United Kingdom standardized the East Indie duck breed. It was not until 1874 that this beautiful bantam duck breed was recognized and standardized by the American Poultry Association’s Standard of Perfection.

A group of professional artists chose the East Indie duck as the most beautiful bird of either land or waterfowl varieties after reviewing roughly 5,000 different species vying for the honor in 1943. 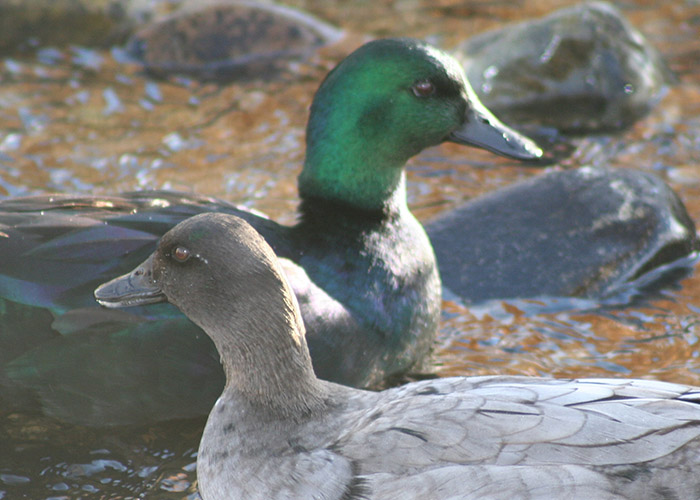 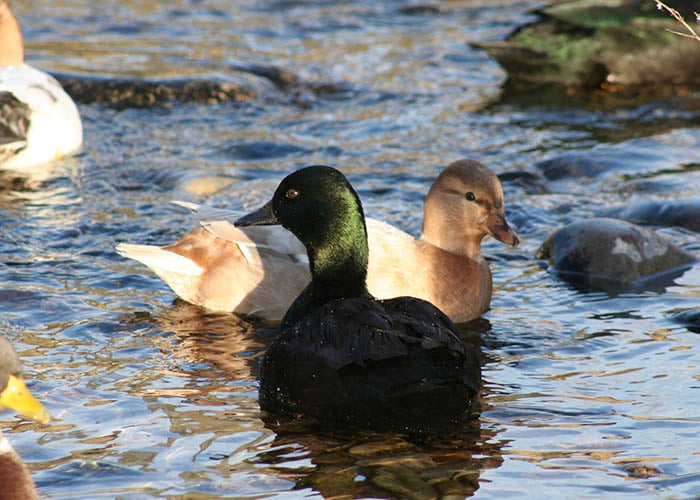 How Many is Too Many East Indie Ducks

If you only have space or finances to set up a small duck enclosure, keep at least three East Indie ducks together to simulate a flock environment to keep them happy … and possibly more healthy, too.

You do not need to have a pond to keep East Indie ducks. They can be equally happy with a baby pool to float and swim in. All ducks have to be able to, at a minimum, dip their heads into the water at least every three days to remain healthy. Duck nostrils must be kept moist to prevent serious to deadly health conditions. 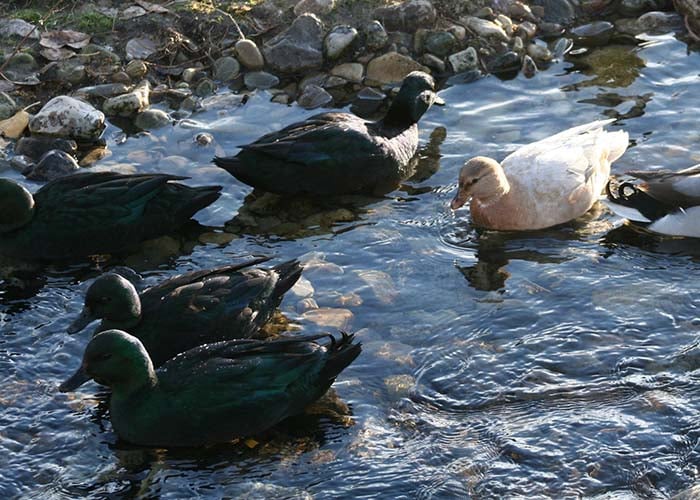 The only real downside to keeping East Indie ducks is the wing clipping required. This ensures they will not give in to their instinct to migrate or fly away if startled. The East Indie Duck seems to adapt quite well to a run. If you keep them entirely in a duck run, the wing clipping issue will not become a problem. Free-ranging provides them the most natural environment and diet possible and cuts down on feed costs. If you want to free-range East Indie ducks, you will need to learn how to properly and safely clip wings.

You’ll need to establish a regular de-worming routine.  This is especially true if they will be duck house and run kept their entire lives.  Ducks are generally far less prone to develop worm and parasite issues than other birds. This is because of their swimming and preening instincts. They still can fall victim to common poultry bird parasites. Ducks are messy creatures. Their droppings are large and watery. They splash in their baby pool water everywhere inside of their run. Keeping the ground in their run covered in fresh, natural material, like straw, hay, or sawdust shavings, will help. Straw dries up the mud and droppings mess and reduces the number of parasites that the ducks are exposed to.

Keeping East Indie ducks in an enclosure with chickens may or may not work out well. I have always kept full-size and bantam chickens and ducks in the same enclosure without incident – but I free-range them all during the day. Other folks have had quite the opposite experience and suffered injuries among their duck and bantam chicken flocks. A little East Indie duck would be an easy victim if sharing quarters with a large and rowdy rooster.