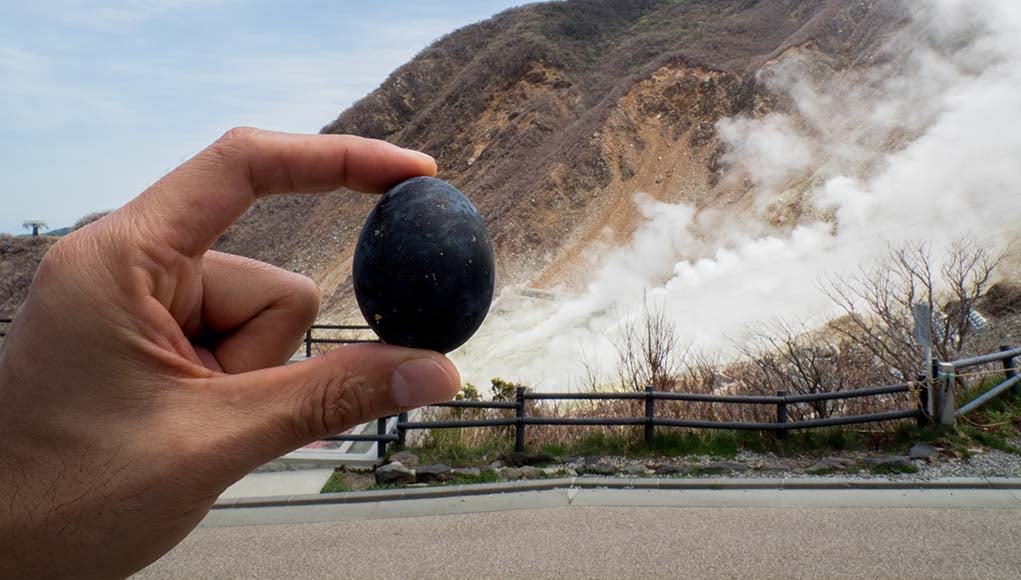 You may have seen the beautiful black chicken eggs circulating the internet alongside a strikingly gorgeous all-black chicken and wondered, “Where can I get one?”

Ebony-colored chicken eggs in your basket, on your social media feed, and of course, as a hard-boiled egg on the counter are the things chicken-lovers dream about.

And, I hate to burst your bubble, but that’s all they are—just dreams.

Black chicken eggs aren’t a thing. Unless you color them that way, which is often what we’ve actually seen circulating on social media, with that being said, there’s a reason this rumor got started. Even though the eggs aren’t black, the birds are (and they’re just as impressive as those fake black chicken eggs). 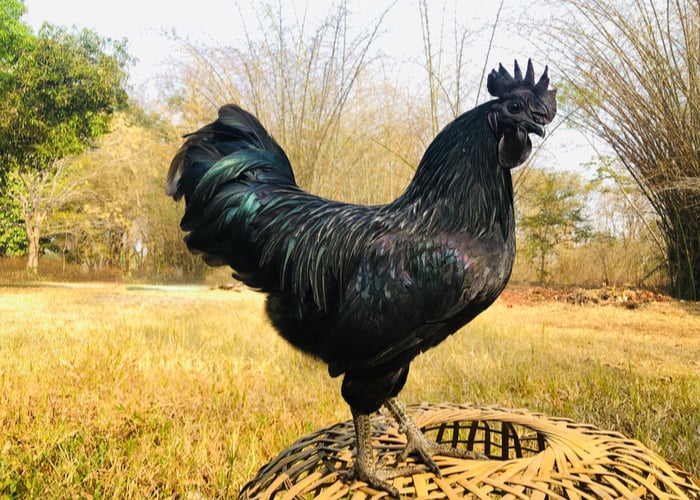 As unbelievable as the photos of the all-black chicken maybe, they’re actually the real deal. The Ayam Cemani is pigmented in every-which-way imaginable.

Its feathers are black, its beak is black, and its comb and skin are also black.

But that’s not all; the bones and meat of this chicken are also black in color, making it an exciting delicacy for high-end restaurants.

While there are sheens and hints of blue on the Ayam Cemani’s feathers, it’s truly a sight to behold, and people are willing to pay a pretty penny for this rare breed. In fact, most of these chickens sell for no less than $50 a chick.

As you can imagine, breeders and fanciers have found a pretty interesting niche. But responsible breeders will be the first to tell you that no, the Ayam Cemani does not lay pitch-black eggs.

In fact, their eggs are cream in color. 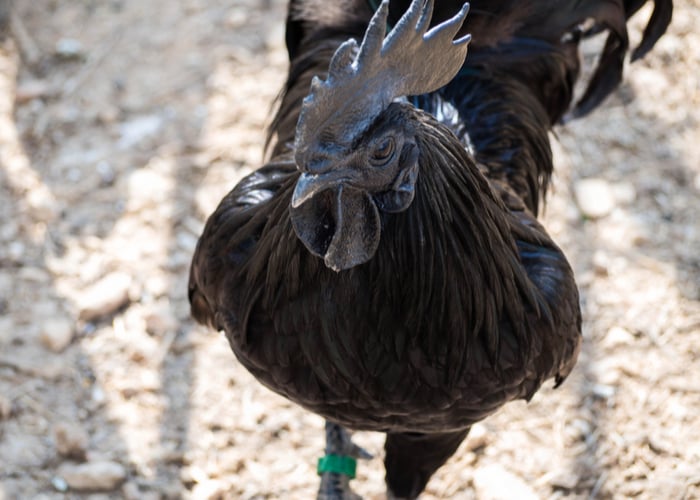 And it makes sense;  if everything else, including the tongue of this chicken, is black, then its eggs should emerge black as well, right? Unfortunately, one can only imagine a new Ayam Cemani owner’s disappointment awaiting the first black egg only to find a cream-colored egg in its place.

What’s worse is that some breeders allow buyers to believe that their bird’s eggs will be black. In fact, there are plenty of articles circulating that state precisely that. So, as with all things, research your breeds carefully to avoid disappointment when your hens start laying their first eggs. 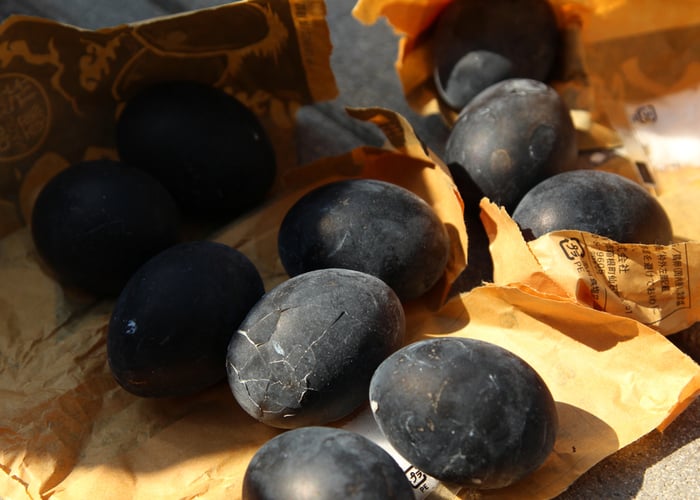 The Genetics Behind the Black Chicken

Black chicken eggs or not, the Ayam Cemani is a sight to behold. No other chicken is as pigmented in as many places as this beautiful bird. National Geographic dug into the black chicken-egg puzzle to uncover the truth about the pitch-black chicken and the reason for the coloration.

Here’s what they learned, “Most vertebrates have a gene known as endothelin 3, or EDN3, which, among other things, controls skin color. And when a normal chicken is developing, certain cells, like those in the skin and feather follicles, express EDN3, which triggers the migration of melanoblasts, or the cells that go on to create color.”

It’s a lot to take in for those of us who aren’t interested in genetics. Still, it’s a helpful explanation for those who go gaga over the science of the situation. 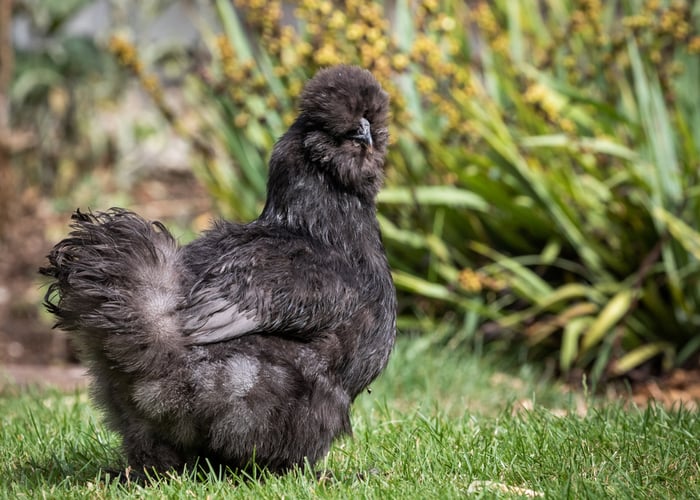 While the Ayam Cemani is one of the first black chicken breeds that comes to mind, other breeds are a beautiful black color but do not lay black chicken eggs.

The Jersey Giant has a gorgeous black sheen, as does the Black Australorp, but again, neither of these breeds lay black chicken eggs, nor do they have the same through-and-through black pigmentation of combs, wattles, or bones.

But there is another breed with some of the same pigmentation qualities as the Ayam Cemani, the Silkie chicken.

The amazing thing about the Silkie, by the way, is that it comes in a variety of colors (and it’s also a bantam). You can get this fluffy breed in black, white, blue, splash, and on and on it goes.

The point is, all of the varieties have black skin! Yes, even the white version of the Silkie has beautiful black skin, meat, and bones.

Some farmsteads have begun breeding and selling the Silkie to restaurants as a delicacy. However, even though the dressed Silkie’s appearance and size are out of the ordinary, the flavor isn’t much different from any other chicken.

But that’s not always the point. Sometimes it comes down to novelty. 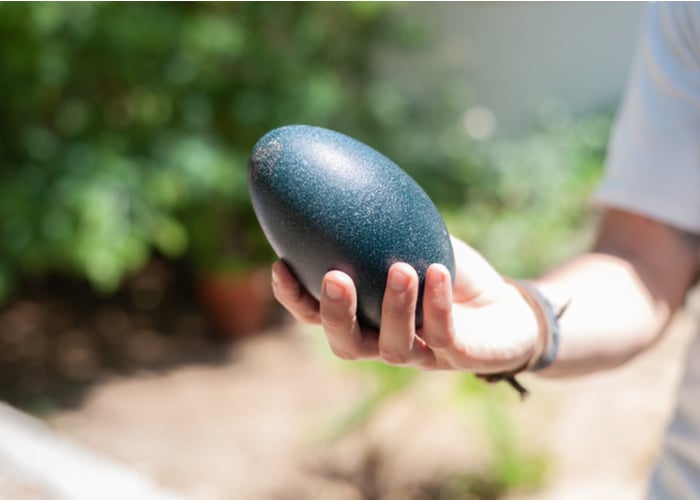 Eggs that Actually Are Black

Even though it’s disappointing to learn that the gorgeous Ayam Cemani does not lay pitch-black eggs, it’s still a stunning breed that’s highly sought after. And the good news is, there are pigmented bird eggs in the world. They’re just not produced by chickens.

The Emu, for example, lays a sizeable nearly-black egg. They’re very dark in color but maintain a greenish tint to them. Ever since people began realizing their Ayams Cemani’s weren’t going to lay black chicken eggs, they became obsessed with other ways of getting black eggs.

Emu eggs are sold at specialty food stores and directly from the breeders…for a whopping $30 plus per egg. This price makes sense because the Emu only lays about 25 eggs per year, so they’re not abundantly available like the chicken egg.

In case you’re wondering, the emu egg tastes similar to a chicken egg. It’s the texture that’s a little different. The yolk is said to be creamier…making it highly sought after for high-end restaurants.

The Cayuga Duck, another gorgeous blackbird, can lay black eggs at the beginning of the season, but the eggs become white in color as time passes.

The duck’s genetics may also play an essential role in its ability to lay black eggs early in the season. Duck eggs are delicious and taste similar to chicken eggs as well. You’ll get a little more bang for your buck in the size department. 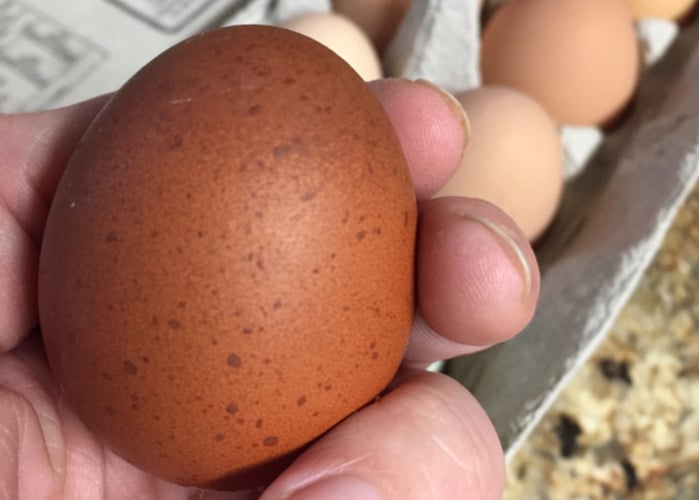 So, you’ve got the non-existent black chicken egg, the emerald-colored emu egg, and the sometimes-black duck egg.

But if strikingly dark-colored eggs are on your must-have list (we all have a chicken list like this, no judgment here), then you’ll be happy to feast your peepers on the Maran models.

While the eggs are not black, they are beautiful chocolate color. And some of the varieties of this breed lay darker eggs than others. For example, the Black Copper Maran lays a deep chocolate-colored egg with dark specks.

So if you’re looking to add the darkest egg possible to your Easter baskets, you really can’t go wrong with this egg-layer. From there, the Maran varieties lay slightly less pigmented eggs.

And of course, you can get into the lighter browns, which are more standard, and then you’ve got chickens that lay pinks, greens, blues, and traditional white eggs.

While there isn’t a black chicken egg layer out there, there are plenty of colors in the rainbow to choose from.

Color Your Own Eggs Naturally

Now, if you’re disappointed in the fact that there aren’t chickens that lay black eggs, you can always go ahead and color your own, naturally.

The black chicken eggs we’ve seen online are probably dyed or photoshopped to look as black as they are. So, if you love the look of those eggs, go ahead and craft your own!

Why the Fascination with Black Chicken Eggs?

So, what’s the big deal with black eggs, anyway? I’ll admit, I was also disappointed when those deep black eggs turned out to be fake.

Let’s be honest; we like to think we have something out of the ordinary. If we continually see the plain ol’ white chicken egg, a black chicken egg is an exciting change.

We wonder, “Does it feel, taste, smell different?” And it was the same for the easter egger too. When the blue-laying chicken entered the scene, it was (and still is) an exciting addition to the egg basket. Gorgeous rainbows of egg shades are all the rage on social media.

For example, Instagram hosts some fantastic photographers who showcase their unique egg varieties and colors regularly.

It’s no wonder we want to try something different. The chicken-raising culture is making a comeback after years of dormancy and reliance on commercial poultry operations and picture-perfect white eggs.

Always remember that not everything we see on the internet is the truth.

So, even though the emu egg is close-to-black and the Cayuga duck can lay a black egg, the result probably isn’t the perfectly impressive black egg you saw on Facebook anyway.

Eggs should be unique and imperfect because that’s nature at work. And while there are breeders who dedicate their lives to breeding the perfect chicken that lays the perfect egg, we have to wonder if there should be such a thing…or ever can be without problems.

So don’t forget to enjoy the eggs your flock has laid for you; they’re perfect and exciting in their own way!

Read Next: Chickens That Lay Blue Eggs (Up To 300 per Year!) 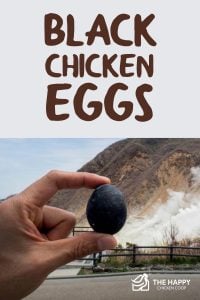 One thought on “Black Chicken Eggs”