Call Duck Breed (Everything you Need to Know) 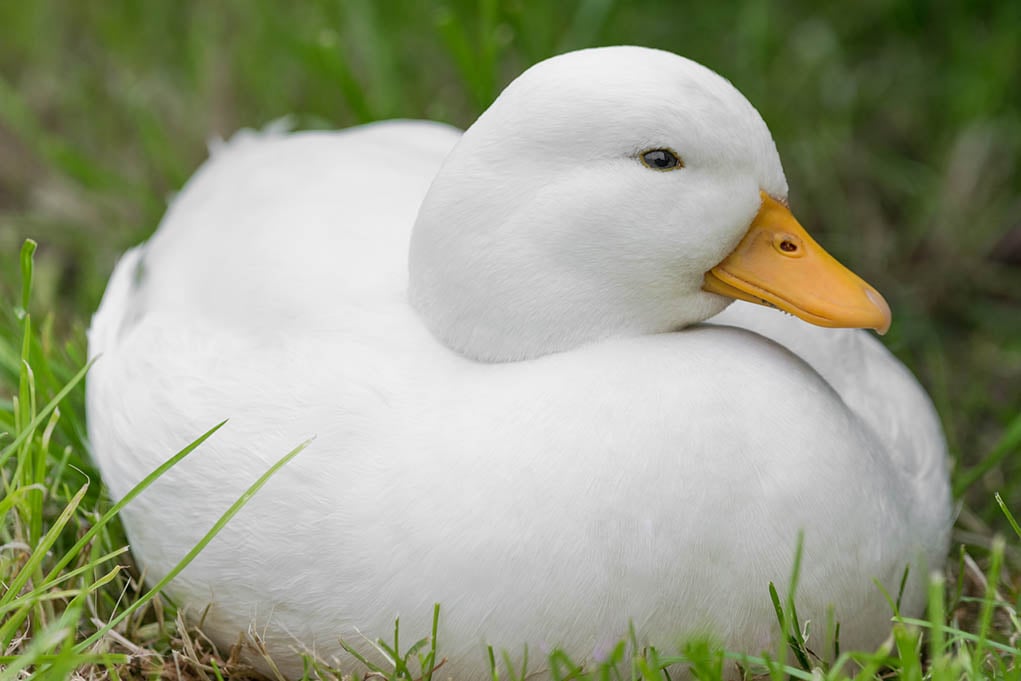 The Call Duck breed has a fascinating history that includes a foundation in hunting, showing, and eventually human companionship.

A Bantam breed, the Call Duck, is a compact little duck that has captured the hearts of breeders and fanciers the world over.

Read on to learn more about Call Duck’s background and everything you need to know about the breed’s characteristics. 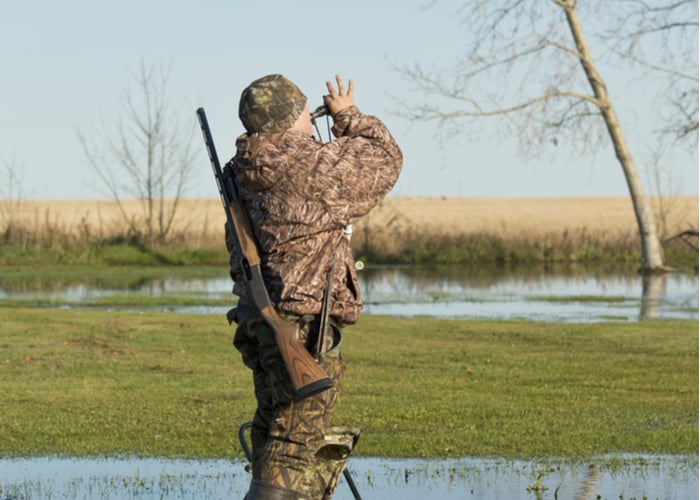 The Hunting History of The Call Duck

As it goes with most poultry and fowl breeds, the exact origination is somewhat of a mystery. The Call Duck, however, has a more solid origin story. To begin with, the Call duck is a known descendent of the Mallard duck. The breed is initially thought to have originated in Asia and eventually imported to the Netherlands, where its true purpose was revealed (more on that soon).

The Call Duck breed has various names, and eventually, the consensus to refer to the breed solely as the Call Duck was agreed upon. This was due to associations entering the picture and recognizing the breed.

With that being said, this plucky little duck was originally referred to as the Coy Duck or the Decoy Duck (and for a good reason). While popularity grew in the Netherlands, Call Duck’s usage transformed into somewhat of a hunting tool.

The Call Duck breed was introduced to Great Britain in the early-to-mid 1800s, where it was also used as a “decoy” for hunting. Eventually, the duck was recognized by the American Poultry Association (APA) in the 1870s.

And ever since its induction into the APA, the Call Duck’s popularity has skyrocketed, and it has won the most championships out of any other duck breed.

Duck hunters utilized the call duck’s loud, high-pitch vocalization to lure prey to them while they hunted. In other words, the Call Duck was the original “duck call.” And here’s how it worked: hunters would restrain the tame Call Ducks at the entrance of a trap, and as the ducks made their natural call, wildfowl would respond and fall prey to the trap. 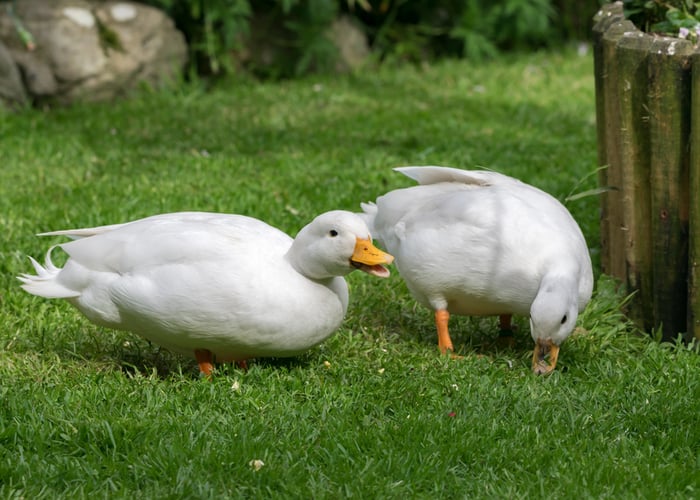 Can Call Ducks Still be Used for Hunting?

As mentioned, Call Ducks were tethered down at the trap entrance and used as bait when used for hunting purposes. Their calls were so loud and high-pitched that wild birds could hear them miles and miles away.

The call of the domestic duck lured the wild ducks into the trap. Once the large-breed ducks were in the trap, the smaller Call Ducks were allowed to leave, but the larger breeds would remain trapped.

In a way, it was almost too easy for the hunter. Hunters harvested large amounts of birds in this manner. Thus, conservation concerns arose, and the Call Duck’s role as a hunting aid came to an end. 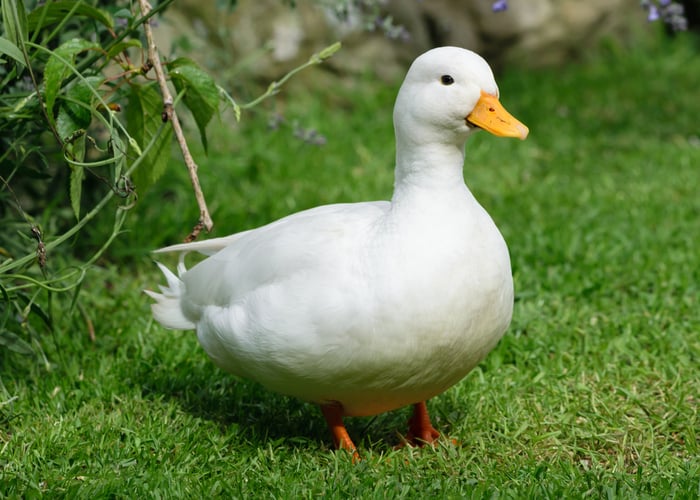 The Call Duck breed could easily be mistaken for a plush stuffed toy with its compact cuteness and irresistibly short beak. This adorable little duck is the thing cartoons are made from. It’s a small fowl and considered a Bantam breed.

Bantams are small versions of larger fowl, but in this case, the Call Duck is an original, or True Bantam. With that being said, they do look similar to the Mallard and are related to the larger breed.

Call Ducks will come in various colors, including apricot, bibbed, black, blue-fawn, dark-silver, magpie, pied, silver, and white. The most common colors of the Call Duck are black and white. Other colors are available and becoming more and more popular as breeders dote on their beloved breed and continue to develop the Call Duck through selective breeding.

The Call Duck breeds eyes are strikingly black or dark brown, which only adds to its cuteness. One could say it almost appears as though it has shiny buttons for the eyes.

As mentioned, the Call Duck is a small breed of duck and hens weigh approximately 15-20 ounces while drakes weigh in at 19-25 ounces. 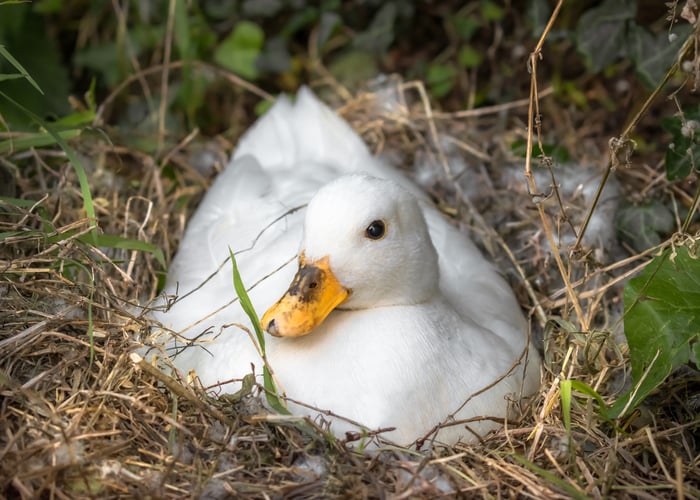 Well, yes, of course, you can! Call Ducks lay approximately 50-150 eggs per year. While you won’t have as many eggs as you might with a chicken, you’ll still have the opportunity to enjoy a Call Duck egg from time-to-time if you’re vigilant about collecting eggs.

Call Duck eggs are usually white, light green, and sometimes blue. In most cases, the eggs will be white. However, they aren’t as large as a standard-sized duck egg. They more closely resemble a chicken egg.

Speaking of eggs, Call Duck hens are fantastic mothers and will go broody! This means they’re happy to sit on their eggs and enjoy raising their ducklings.

The Temperament of the Call Duck

Call Ducks are one of the sweetest, most docile breeds of duck, making them perfect for children! They are easy to tame and often kept as pets.

This little duck has both the cuteness factor and the personality to make a great pet duck (not to mention their size makes them even more user-friendly). Most perky or active, fowl are thought to be non-friendly. But this couldn’t be further from the truth for the call duck. So while the Call Duck is quite active, it isn’t flighty or afraid of its owners if handled and raised as a pet.

Additionally, the Call duck breed is a bit of a chatterbox. In other words, it’s a noisy little duck that likes to call loudly. So it’s not really a duck for an urban setting.

Like most ducks, the Call Duck has a hefty fat layer to help keep warm while swimming in cool water. This layer of fat, coupled with a thick layer of feathers, makes the Call Duck extremely cold hardy. In fact, keeping Call Ducks warm in the winter isn’t very difficult.

As long as the ducks have access to shelter, food, and water, the Call Duck is a hardy breed that weathers the winter well. In the same vein, Call Ducks do very well in hot climates. The key to keeping ducks comfortable during some hot summer days is ensuring they can access a pool, pond, or another form of water.

If a Call Duck gets too hot, it knows exactly what to do…and that’s to take a quick dip. (as ducks do best)

Can You Free-Range a Call Duck?

Call Ducks can be free-ranged as long as they’ve been trained to return home each night. The difference between Call Ducks and other domestic duck breeds is that they can fly quite well. And while their ability to fly may cause concern for the bird “running away,” ducks are apt to stick around quite well. The key to free-ranging Call Ducks is to train them to return to the coop at night. Naturally, a duck will stay close to home if it knows where the food, water, and shelter are.

Ducks are similar to chickens in that they don’t wander far if they know they’ve got it good. Additionally, free-ranging Call Ducks might be the solution to a torn-up run. For example, ducks kept in confinement often destroy the grass in their runs…quickly. If ducks are allowed to roam the yard, there will be less damage to the grass in any specific area.

On the other hand, Call Ducks are easy prey for aerial and ground predators due to their small size. Deciding to free-range Call Ducks may depend solely on the presence of local predators. 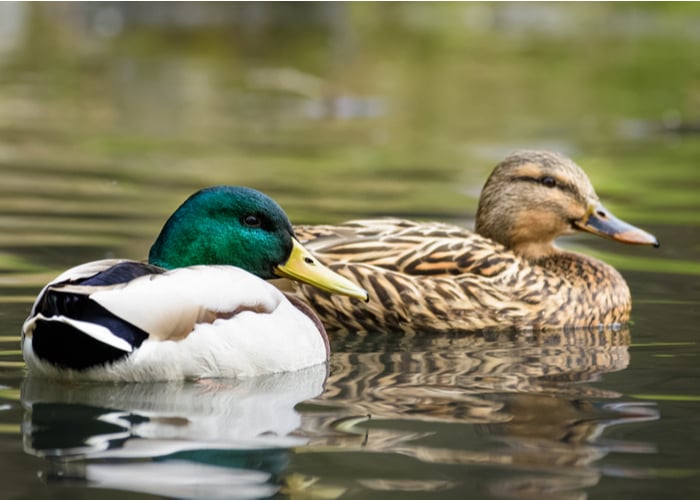 What are Call Ducks Bred For?

While Call Ducks were initially bred for hunting purposes, the breed turned into a show bird as the years went by. Today, the Call Duck breed is one of the most popular show breeds and one of the most celebrated ducks in the show ring.

In fact, the Call Duck is said to have won the most championships of any breed of duck in the United States. In other words, this little duck is quite popular.

Who Are Call Ducks Best For

Call Ducks are a very versatile breed. While they aren’t the top choice for eggs or meat, they are perfect for those who want to get into showing, breeding, or want to have an adorable pet duck. Call Ducks are perfect for children because of their amicable personality and compact size. Kids can easily handle these small ducks, while larger breeds are difficult for a child to pick up and care for. Keeping in mind, there is one quality that the Call Duck has brought with it from its earlier days, and that is its loud call.

Yes, the Call Duck is still well-known for its loud, high-pitch call. And if you live in the city and have neighbors, you may need to check with them before you get your first Call Ducklings to make sure they won’t mind the extra chatter.

In conclusion, the Call Duck breed is a friendly little duck breed that’s pretty easy to fall in love with. It’s perfect for children, hardy in all temperatures, with the cuteness of a children’s book character. 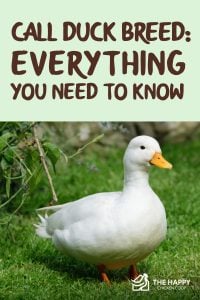