All You Need To Know About Rooster Spurs 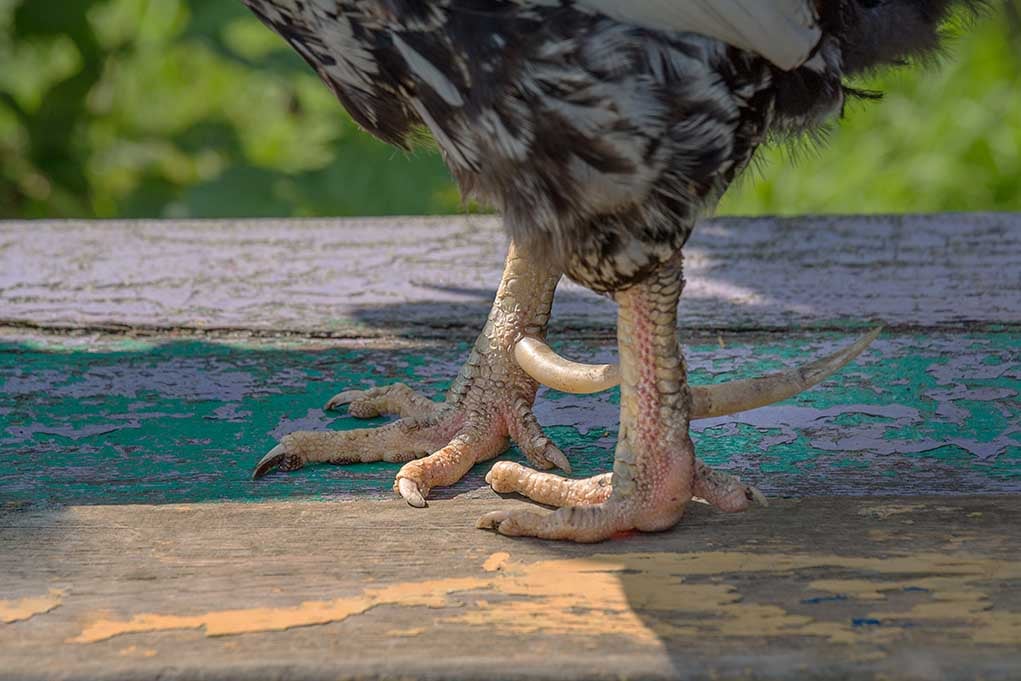 Rooster spurs. Just the sound of the word makes me nervous. The pain caused by these bonelike structures has given a name to other devices intended to cause discomfort (think cowboy spurs).

If you have roosters, you know spurs are one of the most nerve-wracking things about roosters or your barn in general.

A rooster spur to the back of the leg is excruciatingly painful and could even be deadly, and it can cause infections and a newfound fear of your rooster.

We know spurs are there, and we know they’ll hurt, but knowing why roosters have motivations is just as important as keeping our eye on them.

What is A Rooster Spur?

A rooster spur is a pointy, mean-looking, clawlike growth on the leg of a rooster. It looks like another toe (if you will) and usually has a slight arch.

At the end of this bonelike structure is an extremely sharp point.

The spur is covered in a hard layer (similar to that of a beak). Amazingly, you can also find this material on large animals like rhinos as well!

When roosters are young, their spurs are not visible. They start showing their faces as tiny little buds within a few months.

Over time, this little bump grows and hardens to become one of the fiercest weapons in a rooster’s artillery.

An important note, however, some hens have spurs as well, so it’s not always the most solid indicator that your chick is a rooster.

Why Do Roosters Have Spurs?

Roosters are highly romantic birds, and their top priority is protecting their hens. Spurs are a sharp weapon that roosters use if an attack is necessary.

Predators like dogs, cats, hawks, and anything else that appears threatening, may get a swift slice from a rooster if they aren’t careful.

Roosters will also use their “talons” to fight other roosters. If you’ve ever seen two roosters fight, it can turn into a bloody, deadly mess.

And it’s primarily due to the spur action.

Two roosters may fight over hens, territory, or even food. Mostly, however, they disagree over hens.

In the wild, the winner of a cockfight usually doesn’t end up dead as he might in confinement, where the pen isn’t big enough for both of them. Nor are there enough hens.

In extreme cases, aggressive, overly territorial roosters will attack their humans. Even the sweetest young rooster can change his attitude suddenly, so never turn your back on him, or you may have a spur in your calf.

Roosters attack humans for the same reasons they attack predators and other roosters. Usually, it comes down to dominance or protection.

Can You Remove a Rooster Spur?

Yes, but should you?

A rooster spur has bone material within it, so if you start nipping away at it as if it were a fingernail, you could do some severe damage.

With that being said, you can permanently have it removed, but if you decide to go this route, consider consulting a veterinarian.

On the other hand, simple grooming and trimming of the spur are often enough to prevent severe injuries to humans or even hens during mating.

Just remember, if you do remove spurs, you are leaving your rooster defenseless against predators. But it may be worth it if he’s harming hens or guests to your farm.

However, if your rooster is plain ‘ole nasty and means, removing their spurs is a lot of work and probably not going to stop him from chasing you around regardless.

And in this situation, culling the rooster may be a better option. Let’s face it. He still has a beak and other claws to contend with.

Not to mention getting chased by a rooster is quite traumatizing, almost life-changing when you think about it.

How to Stay Safe Around Rooster Spurs

Here’s the thing, roosters are great to have around if you can. Some city laws will not allow the king of the coop to reside within the city limits.

But, if you can have these guys around, you should consider it (spurs and all). Roosters are protectors and providers for their hens.

They’d take the bullet for their ladies in a heartbeat and will watch the sky for hawks while hens busily scratch and peck at the goodies on the ground.

I adore having roosters around, and I haven’t always had the best experiences with their spurs. I’ve been chased by and spurred by roosters in the past. But at the end of the day, their value is priceless, and I’d never keep a free-range flock without a rooster.

With that being said, there are some rotten eggs in the bunch. Not every rooster is going to be safe and respectful of you. Sometimes the rule, don’t bite the hand that feeds you, doesn’t apply to an aggressive rooster.

Consider freezer camp or selling to someone willing to butcher him in those cases.

For questionable roosters, always watch your back and do the following to ensure you don’t get hurt:

On the flip side, if you have a rooster that’s typically sweet, and all of a sudden, he’s a nervous wreck, maybe he needs something.

Happy roosters don’t usually freak out on people if they have everything they need, including:

A roo that’s missing any of these things may turn into a stressed-out hot mess, and he may take it out on you.

So before you assume he’s one of the rotten eggs, consider what you can do to change his attitude.

It could be something as simple as closing the coop up at night to keep the cats out. 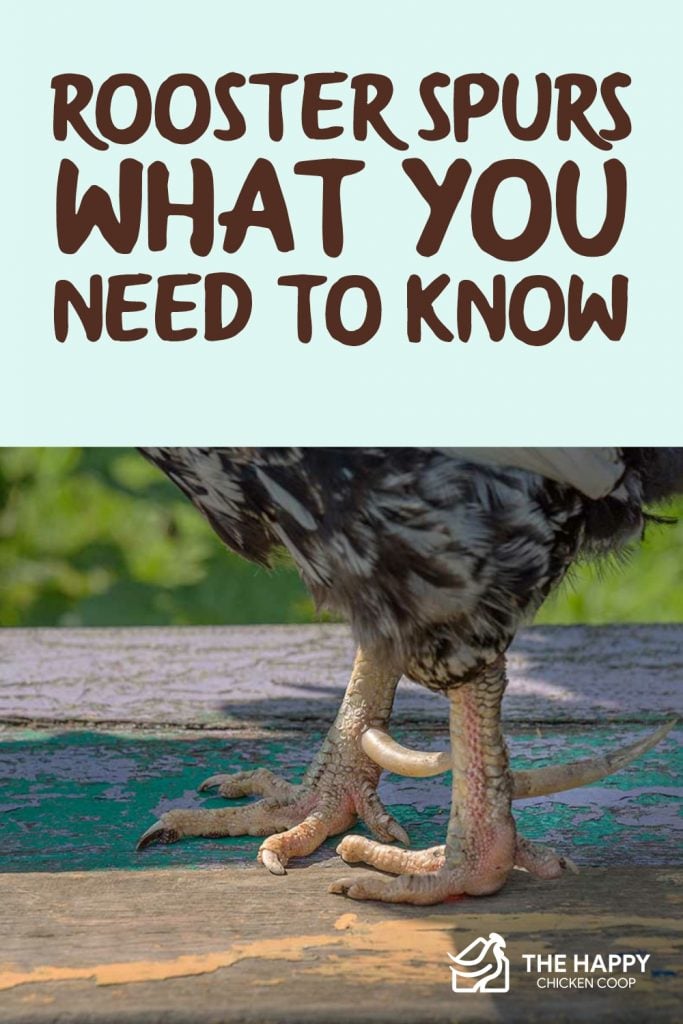 10 thoughts on “All You Need To Know About Rooster Spurs”