What Is The Best Drake to Hen Ratio When Raising Ducks? 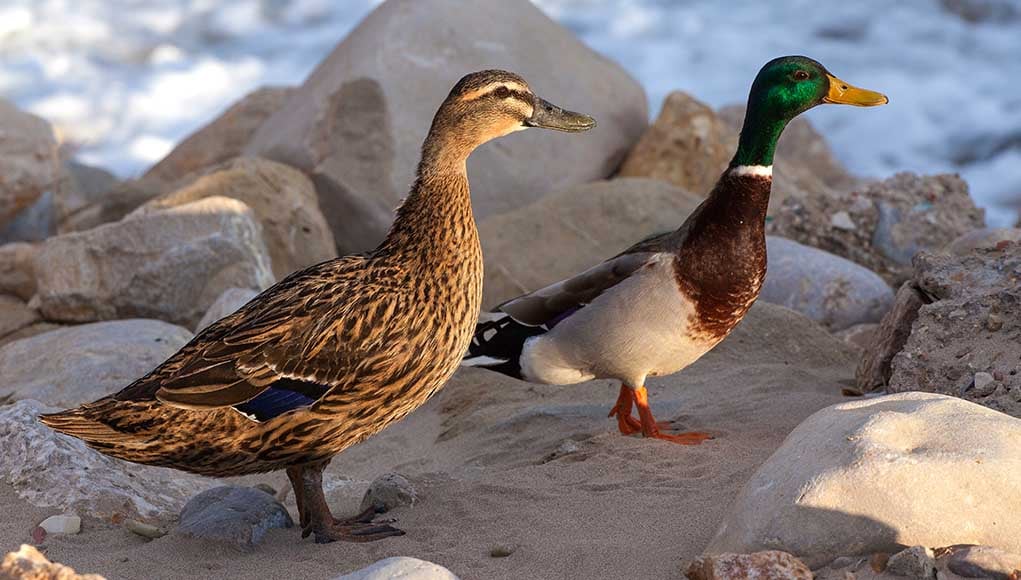 “Drake to hen ratio” is a common term in the duck raising and breeding world. What does this mean, and why should you care?

Perhaps more importantly, have you ever wondered what the drake to hen ratio is for your favorite duck breed?

Wondering which type of ducks are better suited for laying eggs than others?

You’re in luck! Regardless of whether you are raising Pekins or Muscovies, Rouens, or some other breed of duck, this article will tell you everything you need to know. 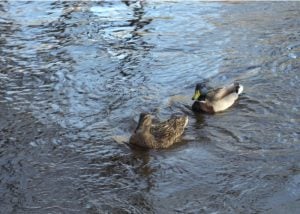 What is the Ideal Drake to Hen Ratio?

Managing a waterfowl flock can be challenging, particularly if you plan on breeding those animals. If you have multiple drakes, managing that flock can be even harder, particularly in the spring and summer months when hormone levels are at their all-time highs!

Because of this, it’s important to pay attention to the ideal drake to hen ratio. While there is an average ratio to mind, you may also want to consider the best drake to hen ratio for specific breeds (something we will address in more detail below).

In general, for a small flock, it’s recommended that you maintain at least one drake to four hen ratio. This will help prevent your drakes from fighting, but it will also serve another purpose – it will make sure that your hens aren’t over-mated.

If you have too many drakes, there’s a good chance that your hens are going to be bred – again, and again, and again. Too few drakes, and you might not have the right breeding outcomes that you’re looking for.

Overbreeding, in particular, can present multiple challenges for a hen. Not only can it cause the oviduct to prolapse, a condition in which a hen’s egg-laying tube inverts and pops outside of her body, but it can also cause injuries to the hips and legs.

Feather damage is another common side effect of overbreeding. 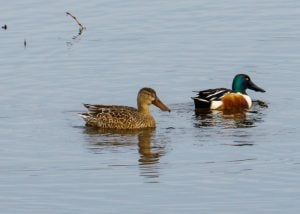 How Many Drakes Should Live Together? The Benefits of Multiple Drakes

Many people wonder whether it’s worth it to have more than one drake in the flock, and the reality is that yes – it is often a good idea to keep multiple drakes. However, you do need to make sure a good drake to hen ratio is maintained.

Don’t avoid keeping drakes altogether! There are lots of benefits to raising drakes.

When raised and handled responsibly, they are good pets and can be friendly and invaluable additions to any backyard flock.

So many people shy away from raising drakes entirely or only raise one drake. However, drakes can offer a pleasant dynamic to a flock. Not only will they help keep your girls safe from predators, alerting them to any danger.

They can also fertilize eggs that you can later use for incubation. You don’t need to fear for the safety of your hens as long as you maintain proper ratios.

Of course, keeping drakes with your hens will allow you to view the beautiful and entertaining courtship behaviors that ducks engage in during the spring and summer, such as flirting, quacking, and head bobbing.

Keeping multiple drakes in a large flock of ducks amplifies all the benefits listed above.

Some people wonder if you can keep a flock exclusively composed of drakes (something you might do if you are only raising ducks for meat, for example).

While raising only drakes can certainly be done, we don’t recommend it for the sole purpose of reducing the likelihood of fighting in the flock. Males will still fight.

Even if they get along well during the first year, it might not be so peaceful next spring – yes, even if they are without hens! Sometimes drakes will even imprint on the owner so that they’ll consider you to be the hen.

Then, come spring, the drakes will fight whenever you are around. 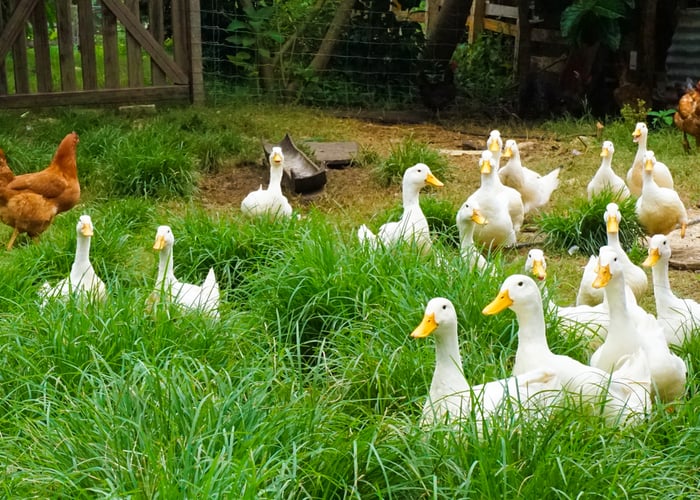 Why Do You Need to Maintain a Good Drake to Hen Ratio?

As we mentioned earlier, raising a backyard flock of ducks can be challenging – but those challenges present themselves tenfold when raising multiple drakes.

They have multiplied a hundredfold when the time is nigh for breeding – in the spring and summer months when those sex hormones are surging! You’ll have all kinds of behaviors that you need to be on the lookout for.

Some people say that it’s good to let drakes fight their own battles without owner interference. However, having too many drakes – or having overly aggressive drakes that like to fight – can often lead to serious injuries or even death.

These deaths and injuries are entirely preventable. You need to watch out for signs of an inappropriate ratio and manage the flock to adjust the ratio should issues become apparent.

In Addition to potential injuries and deaths in your flock, you also need to watch out for egg-laying being reduced if a proper ratio is not maintained.

Because female ducks are subjected to a great deal of stress when they are consistently over mated, their bodies may slow or stop their egg production entirely.

Of course, if you are raising ducks specifically for eggs or for breeding, this can have an undesired effect – and negate the benefit of having drakes in the first place!

Although the general drake to hen ratio is around one drake for every four hens, there is some variation in this ratio. Typically, with light breeds, you can get away with a larger number of birds – you can have more drakes per hens.

Just keep an eye on your ducks to make sure the hens aren’t being injured during mating so that you can fine-tune your numbers if needed.

Mallards are relatively large ducks with hefty bodies. Because of this, you may want to exercise some caution when following the typical one drake to every four or five hen ratio.

Although this can certainly still work irrespective of the Mallard genetics, you may want to increase this to one drake to every five or six hens – perhaps more if you are raising Mallard drakes with smaller hens.

The opposite is true if you are raising Mallard hens with smaller drakes.

When raising small ducks, like the Call Duck, Black East Indian Duck, or Wood Duck, you will want to stick to a ratio of around four to seven hens per drake.

When raising any bantam duck breed, such as the Miniature Appleyard, you should maintain a ratio of five to eight hens per drake.

Provide even more hens if the drake is of a larger breed.

For Pekins, another large breed, you will want to stick to a ratio of no more than one drake to every three or four hens.

If there are too many males to the females, the drakes may become mean, try to mate each other, or overbreed the females. 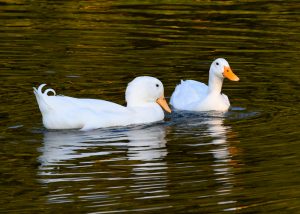 Other Considerations in Determining Drake to Hen Ratio

It’s not all about flock size when it comes to determining your drake to hen ratio. There are several other considerations you will need to make.

For example, it’s a good idea to make sure that your hens are either equal in size to or larger than your drakes. Providing your hens with slightly smaller drakes can be a major gift to them.

Doing so will stack the odds in her favor, or so to speak so that you can push off any drake who is trying to mate her before she is ready.

It’s also important to consider water body access. Too many drakes (or drakes that are too large for your hens) can cause problems and even fatalities in this regard.

Because ducks often mate on water, drakes fighting over a hen on the water can drown each other.

Drakes Can Be Dangerous

Sometimes, a drake that interrupts the breeding efforts of another drake with the hen who is the object of his affections can go after the hen, too – he will take out his frustration on her rather than the drake who is already breeding her.

Unfortunately, a hen that is smaller than a drake won’t be as good at keeping herself above water when the drakes start fighting over her (or showing her aggression).

Not having the right ratio can lead to serious, potentially lethal, accidents in your flock.

In any event – and at any ratio – it’s also important to make sure your pens are spacious and lean. Ducks that are crowded are far more likely to behave aggressively toward each other, even if the proper drake to hen ratio is maintained.

When introducing new ducks, make sure you only do so in the fall.

This is when hormone levels are lowest, so you won’t have to worry quite as much about fighting about your ducks – particularly the males, but hens can fight, too.

Monitor all interactions carefully when adding new ducks to the flock – especially if you are introducing new animals in the spring or summer. As with chickens, ducks have a pecking order that needs to be sorted out.

You typically don’t need to intervene if you must see some occasional squabbling. Still, excessive fighting or bullying (like tufts of feathers on the ground or in another duck’s bill) may warrant your intervention.

To stop your drakes from fighting, you will want to separate them and, ideally, divide the hens equally between them. You can also separate all the drakes from all the hens entirely.

While the drakes will still likely fight, the fighting maybe to a lesser degree if there is no competition for the attention of the hens; sometimes, extremely aggressive individuals may need to be isolated by themselves.

There are several signs to watch out for if you are concerned that your drake to hen ratio is not up to snuff.

One of the most obvious signs of an imbalance is that you’ll notice bald, irritated, red spots on the back of your hens’ necks. This is a telltale sign that your hens have been over-mated.

When you notice these spots, take some time to rinse off the area with warm water and make sure it’s clean.

Give the wounds time to heal, if necessary, by separating her from the flock and giving her some time to regrow hair feathers in isolation. 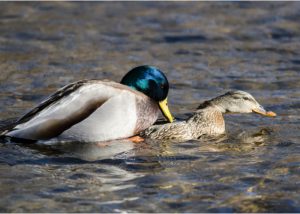 How Many Drakes Can I Have In My Flock?

Remember, the right drake to hen ratio is usually around one drake to every four hens. This ratio can vary, though, depending on what kind of duck you are raising and how much space you will give them.

Drakes will fight much less often and less aggressively when raised as ducklings together and when their hormones are naturally low between September to December.

The biggest challenge in maintaining the proper drake to hen ratio for specific breeds is that it can be tricky to get the right numbers when you buy ducklings from the hatchery.

Most people choose to purchase their ducklings straight run, which is by far the most economical option.

However, you get what you get when you buy like this – and the odds are good that you’ll get about  50-50 split of drakes and hens, meaning you’ll either need to cull or rehome some of the drakes you do not want or need.

Of course, you can always purchase male-only or female-only ducklings when you place your order to get around this.

Though it can be more expensive, it’s a better way of making sure you get exactly what your flock requires.

Remember, too, that although there are many benefits associated with raising drakes, you don’t have to raise drakes with your hens unless you want fertilized eggs (hens will still lay eggs without the presence of a drake, you can’t hatch ducklings from those eggs).

Over time, and given the proper ratios, you should find that raising hens and drakes together is no challenging feat at all – and it can be quite a rewarding endeavor, too! 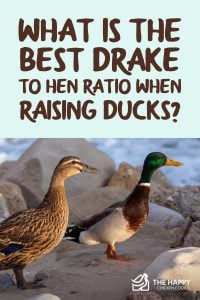