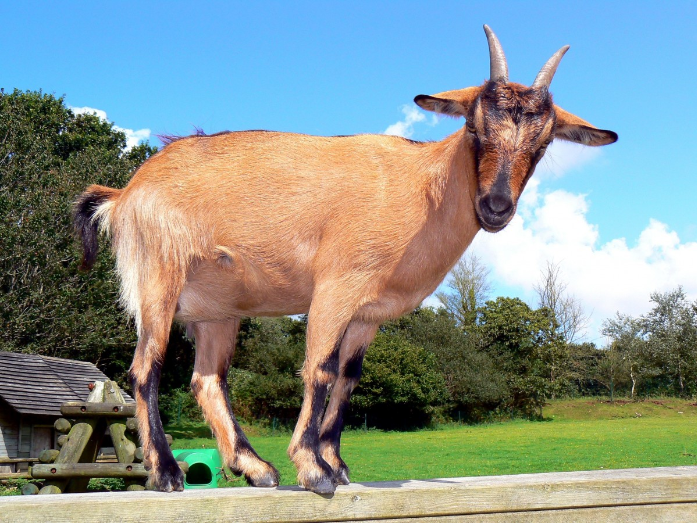 Nigerian dwarf goats are ideal livestock to keep on homesteads both large and small. A small stature or “mini goat” of this type can even be kept on a suburban homestead, using a dog box as a shelter and the fenced in backyard as its home.
Simply because Nigerian dwarf goats are easy keepers on a small homestead does not mean homesteaders on large acreage could not benefit from these miniature goats, as well. Both Nigerian dwarf goats and their livestock “cousins,” pygmy goats, are highly beneficial and low maintenance animals that clear tons of brush, in addition to being quality dairy and meat producers.

These miniature goats first arrived in America during the 1950s by a dairy farmer from West Africa. The goats made the journey over on the ship basically a feeder animal for the big cats that were being transported to several zoos in the United States.
The goats that were not fed to the big cats by the time they were transported to all of the zoos, were left behind as an added bonus – and soon to be popular little attraction. Most of the Nigerian dwarf goats found new homes at the Gladys Porter Zoo located in Brownsville, Texas.
All of the goats left at the zoo were then referred to as Pygmy goats. But, after a few years of growing, zookeepers noticed only some of the now mature goats developed a stocky body style common to meat goat breeds and others remained slender and took on traditional dairy goat characteristics.
The goats that resemble a dairy goat more closely were then deemed to be Nigerian dwarf goats and cultivated by breeders to expand upon their milking abilities and physique.
Sharla Parker of Willows farm and Kathleen Clapp of Goodwood Farms have been credited with the development of the Nigerian dwarf goat breed. The names of these women and the Gladys Porter Zoo after noted in the pedigrees of top quality Nigerian dwarf goats that can trace their heritage back to the first boat trip to Texas. 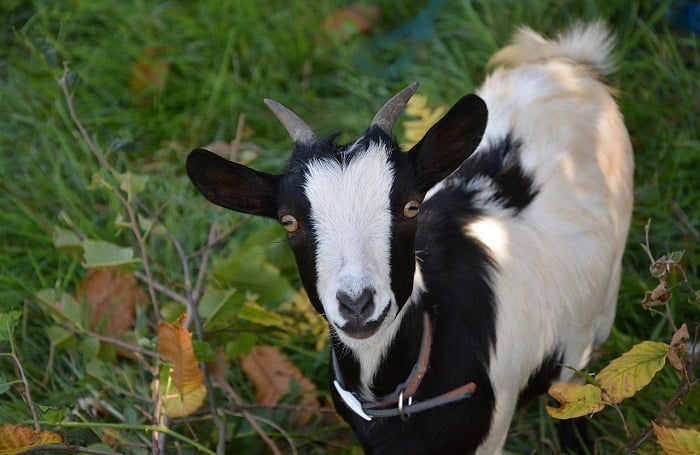 These little goats are widely renowned for their gentle nature and even temper. Nigerian goats are often so friendly they have been tapped to become companion animals. It is becoming more common to see miniature goats among the animals taken to nursing homes, veteran facilities, and hospitals to raise the spirits of the patients or residents staying at the facilities.
Goat yoga has even become a thing in recent years as it is the Nigerian dwarf and Pygmy breed of goat kids that are most often used in the classes.
The United States Department of Agriculture has classified the Nigerian dwarf goat as a certified livestock dairy goat breed. This designation makes these mini goats eligible for keeping by both 4-H and FFA (Future Farmers of America) club members.
Due to their small stature, easy to control demeanor, and kind nature, Nigerian dwarf goats are common sights at county fairs around the United States. Even the youngest of 4-H club members are typically able to raise, control, and show Nigerian dwarf goats
Like all other goat breeds, Nigerian dwarf goats are herd animals. They will not do well alone and need at least one other animal as a companion. Goats of this breed also make great companions for an aging horse, llamas, and sheep.
Both Nigerian dwarf and Pygmy goats are often kept with miniature donkeys either as a companion animal or for the protection the little donkey offer from coyotes – they LOVE to kick and chase coyotes.
Even though you will not need a large browsing area for the goats to keep them content,

This goat breed is known as a dairy breed. Nannies produce an incredibly sweet milk that is often able to be consumed by folks who have an intolerance to cow’s milk. Nigerian dwarf goats, despite their small size, are capable of producing roughly a half-gallon of milk daily. The milk produced has a higher butterfat content than other breeds of goats. The milk garnered from lactating Nigerian dwarf nanny goats also has a higher protein content than milk produced by other goat breeds.
While a standard size dairy goat is capable of producing a larger quantity of milk each day, they cost more to purchase, more to feed, require a larger habitat – and their milk is sometimes not as sweet.

Although you do not need a ton of room to roam to offer a Nigerian dwarf goat a suitable home, they are truly high energy animals. If you free range your goats on a large homestead with varying terrain, the goat herd will find plenty of ways to entertain themselves.
But, if you keep the goats in a pen or small space, they will require ramps, stumps, and other climbing structures and tunnels to entertain themselves. A bored goat will quickly become a destructive and sometimes aggressive, goat.
These miniature goats need the same basic grain feed, roughage, water, mineral supplements, shelter, and vaccinations as all other goat breeds. The one big advantage of keeping Nigerian dwarf goats from a habitat perspective is the size of the fence you must erect to keep them in. These goats will not be able to climb a fence that is taller two to two and a half feet tall – making fence purchasing less expensive and time-consuming. 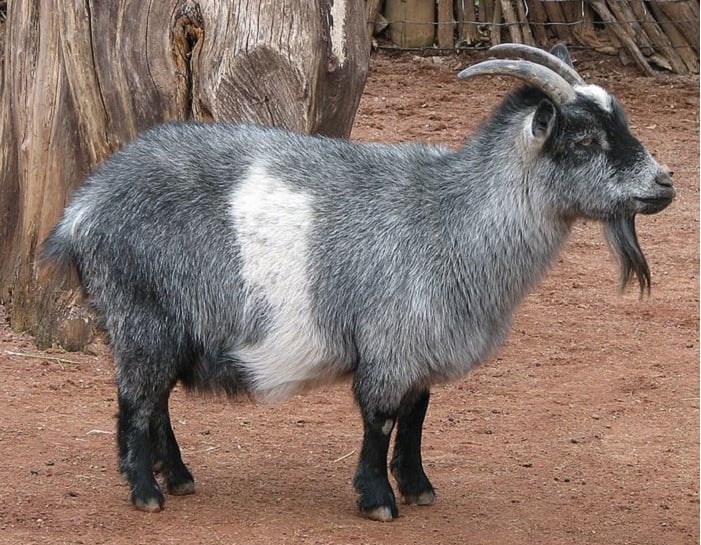 These miniature goats are up for breeding year round. This can be both a good and a bad thing. If you have only one or even two nanny goats per buck, the females can become overwhelmed or injured through such repetitive breeding. A poor quality, sickly, or deformed kid can also result when a nanny is bred too often or a doeling is bred at too young of an age.
The gestation period for Nigerian dwarf nanny goats is roughly 145 to 154 days. Goats often need help when kidding (delivering) but Nigerian goats tend to have less issues than others and often complete the process entirely on their own. My nanny goats at Nigerian dwarf and Pygmy goat crosses. So far, they have always delivered entirely on their own without any human intervention and always produced healthy kids.
During the first kidding, the nanny will have one or two kids. Producing two kids during the first kidding is far more common with Nigerian dwarf nannies than any other goat breed. During the following kiddings, throwing twins is extremely common, but the nannies are also prone to having three or four kids at one time.

How much a Nigerian dwarf goat cost depends on a host of variables, including your location and the quality of the animal up for sale. If you are seeking a show quality goat or proven breeder, the price tag will be a lot higher than a farm pet or brush clearing quality of goat.
The prices noted below are the average for my Appalachian region where Nigerian dwarf and pygmy goats – and crosses, and common. Such availability is not routine in many parts of the United States, allowing breeders to charge a higher fee or resulting in having to ship the animal – which also increases the cost.

The American Livestock Breeds Conservancy has designated Nigerian dwarf goats to be rare. It can be difficult to find a full-blooded goat of this breed because they are so often cross-bred with Pygmy goats or Nubians in an effort to create a perfect multi-purpose dairy and meat goat.
See the related post below:
Complete Guide on Dairy Goat Breeds
Goat Diseases And Sickness