Bresse Chicken Breed: All You Need To Know 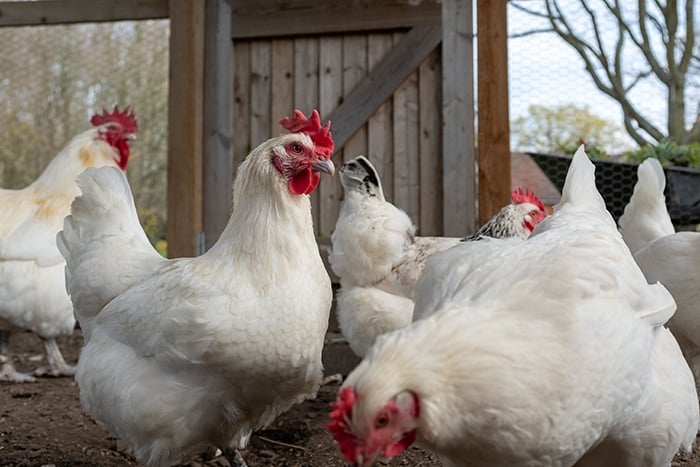 If you think your chickens are kind of a big deal, you may not know about the Bresse chicken.

Okay yes, your chickens are a big deal, but if you’ve heard of the Brahma as the King of Chickens, then you should take the time to learn about the Queen.

Before you get too excited and start googling where you can order your first flock of Bresses from, listen up because the Bresse chicken isn’t a chicken that you can find at your local hatcheries.

They are raised primarily in France, and in fact, aren’t even considered a Bresse unless it has been raised in the Bresse region of France.

American breeders are very clear about the fact that while they may raise Bresse, they are not imported from France and thus are considered American Bresse.

With that being said, American breeders replicate the environment and diet that French Bresses enjoy—as much as they can.

If you wonder how that might make the French feel about the prized bird, let’s just say they would probably poo-poo the fact that the American Bresse is a Bresse at all.

In fact, the Bresse is revered as a symbol of the French flag due to its colors (blue, white, and red). Regardless, there are breeders in the States that focus on this extremely rare, and delicious bird.

Even though the Bresse is new to the neighborhood; it made its first appearance in the United States in 2011!

So you can imagine that getting your hands on this meat bird may cost a meaty sum of moola as well.

The Appearance of The Bresse Chicken Breed

The Bresse (which sounds like “Bress”) is a beautiful bird. I’m not sure if it’s the hype over the chicken that makes it prettier than my own backyard flock, or if it is indeed as beautiful as it seems.

She is typically white with blue-colored clean legs and a single comb. However, Bresses may come in blue, splash, grey, and black as well. 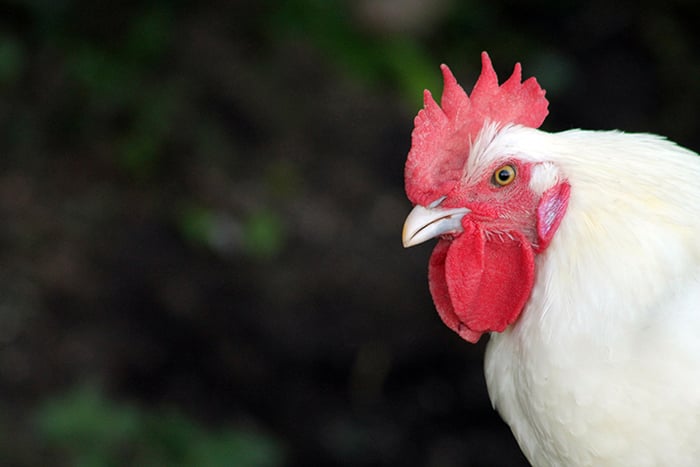 So What’s The Big Deal?

Bresses are considered the most delicious chicken in the whole wide world (hence the nickname “Queen of Chickens”).

They are mainly raised for meat, but also produce an average amount of medium cream-colored eggs as well.

However, it’s their tastebud-exploding meat that has been sought after for centuries. With light, thin, skin and firm yet luxurious meat, it is said that the flavor is nothing like the commercially raised poultry from the local grocery store.

It’s the chicken of kings, queens, royalty, and anyone who is willing to spend a little more to try this uniquely flavored chicken.

What Makes The Bresse Chicken Different?

The Bresse has a genetic lineage that allows them to metabolize their food in a unique way which helps to create a different flavor as well as meat, and fat, growth pattern.

Additionally, the meat-to-bone ratio is vastly different from traditional meat chickens because their bones are quite thin and dainty.

In France, the production of the Bresse is under tight wraps, literally. These birds are so respected that they are wrapped, with extreme care, in a special cloth after having been processed and plucked, while their head remains intact, protruding from the bag. This special bag also serves as a way to preserve the meat as well as to put pressure on the fat so that it distributes itself more evenly.
The Bresse is produced in a small region of France (the province of Bresse), where about a million birds are raised.

In the grand scheme of things, this is a very small amount of chickens, and there aren’t a lot of extra birds to go around.

There are only a handful of breeders that have the honor of raising this mysterious chicken, and in order to do so, they must follow strict guidelines on how to do it right.

Certifications are provided to farmers who pass these regulations so those who are willing to spend the money on the expensive meat know that it is genuine Bresse-raised Bresse.

What Makes Them Taste So Good?

Interestingly, the Bresse is considered one of the first breeds to be cornfed. However, as they grow, they are limited on the amount of corn and other feed so they are forced to forage for their own protein.

And that is the secret sauce so-to-say.

When they are chicks, they are fed a diet of dairy, and eventually, they are moved out to pasture, and finally finished on corn and dairy.

Due to the rarity of the Bresse, you can expect to pay around $50 for one in Paris, and probably a lot more if you happen to come across one in other parts of the world.

You would be hard-pressed to find a genuine French Bresse anywhere besides France, so if you want a taste, start saving for your flight.

In order for the Bresse to be certified, it has to have been raised in Bresse…meaning, it must have eaten the local fairs itself, right down to the greens and insects that are native to the region.

Once the Bresses have gone through the stages of development, they are typically butchered at around four months old, only after they have been allowed to develop extra fat while being confined in a small area and fed corn and milk.

How to Eat Bresse Chicken

If you are lucky enough to have the opportunity to taste this delicacy you will most likely be eating it with very little additives or seasoning.

The flavor of the chicken will speak for itself, but most recipes call for a little white wine, some cream, and some mushrooms.

The standards that are maintained for this breed are strict, and they are in place to keep this specialty chicken as unique and respected as possible.

If you are a foody and love chicken, then add the Bresse to your bucket list. A bird that was raised for royalty is bound to be a sensational experience.

READ NEXT: The Cornish Cross Chicken 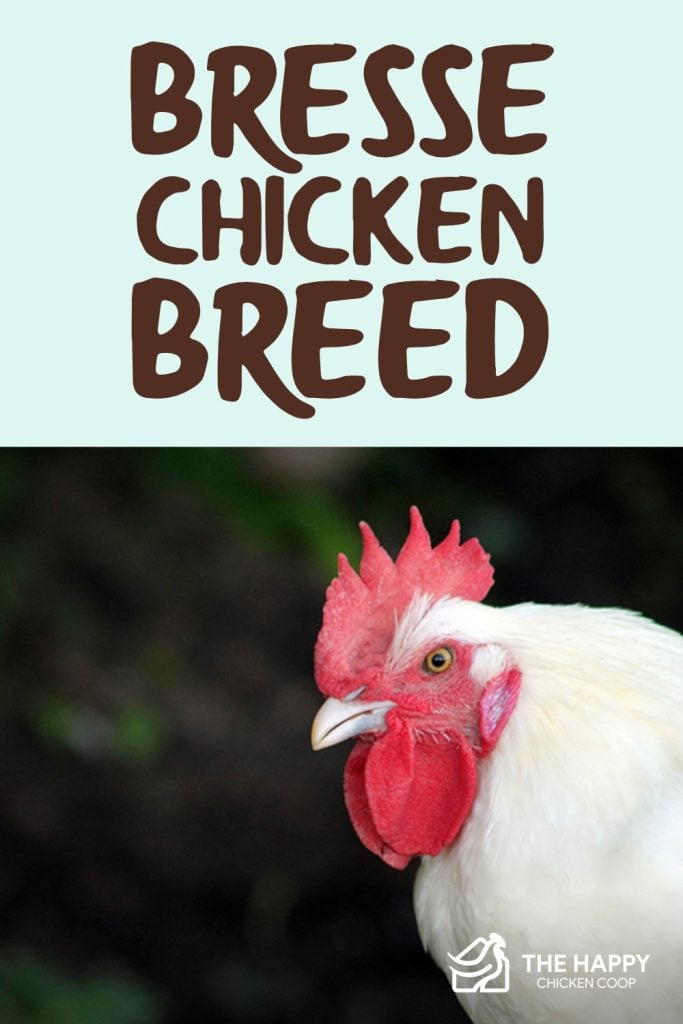 9 thoughts on “Bresse Chicken Breed: All You Need To Know”