Buff Brahma Bantam: Everything You Need To Know 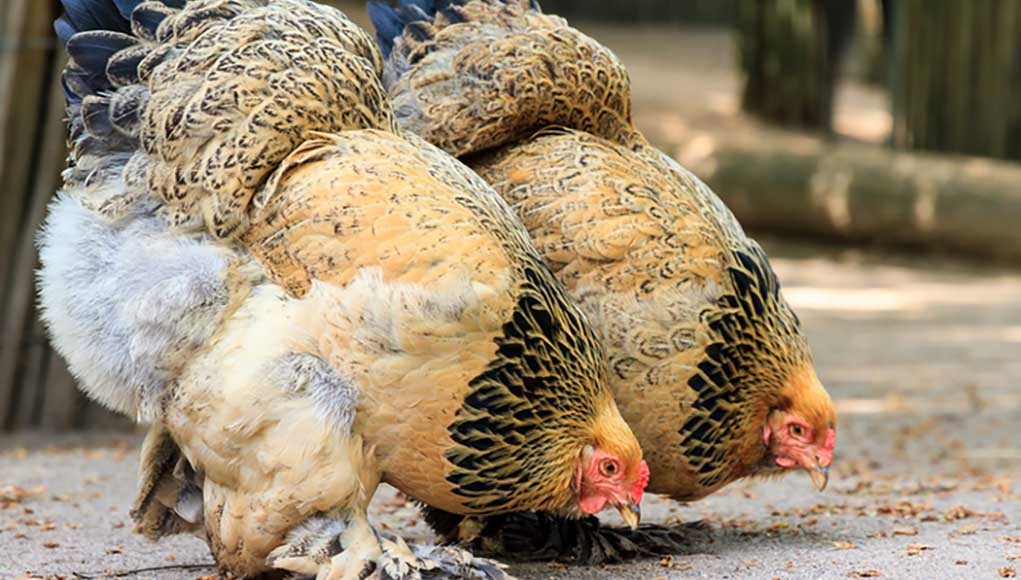 Though a relatively new breed of chicken, Buff Brahma Bantam is rapidly gaining popularity in the United States.

These charming chooks are docile and calm, with easygoing personalities that make them perfect for families with young children or pets.

If you want to add some color and personality to your flock, this breed could be the right choice!

But is it the best choice for you? Keep reading to learn everything you need to know about this charismatic breed.

What is the Buff Brahma Chicken?

The Brahma – it’s the king of chickens! However, when it comes to raising bantams, that won’t be the case. Bantams are famous for their pint-sized perfection!

However, before we explain what a Buff Brahma Bantam is, it’s important to break down the history of the Buff Brahma breed.

This massive breed is known primarily for its size. An American breed, it was created in the United States from birds imported from Shanghai and was the primary meat bird until 1930 or so.

A gentle, docile breed, this gentle giant is the perfect choice for a family due to its docile nature.

It lays large amounts of big brown eggs and can also be raised for meat. The Brahma is also often raised as a pet or for exhibition. It’s easy to handle and exceptionally calm to boot

There are many different color variations of Brahmas. Three are recognized by the American Standard of Perfection – dark, buff, and light.

The light Brahma has a base white color with black hackles edged in weight and saddle feathers on roosters striped with black.

Buff Brahmas, however, are some of the most beautiful to behold. They have the same patterns of black as white but with golden buff base colors instead of white.

There is no doubt about it – Brahmas are big. Roosters can weigh up to 12 pounds, while hens typically tip the scales at nine or ten.

Again, this breed was once primarily raised for meat but is now raised as a great winter layer of large brown eggs.

Now, you might be thinking, “I love the beauty and other characteristics of the Buff Brahma – but it’s just too big for my coop. What should I do?”

The good news is that there is an alternative – and that alternative can be found in the Buff Brahma Bantam. 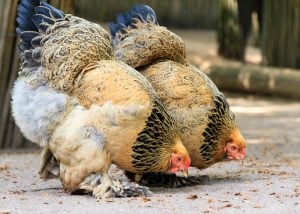 Bantam chickens are miniature versions of regular breeds. They can be about a half or two-thirds the size of regular birds.

There are several types of bantams to consider.

True bantams are those with no large fowl counterpart – these are naturally occurring breeds without the need for human intervention or specialized breeding.

Some examples include Nankin and Sebright chickens.

There are also miniaturized bantams made from standard breeds of birds, like Rhode Island, Orpington, or Buff Brahmas.

Finally, some developed bantams naturally exist as small breeds but have been developed even further with human assistance.

An example includes the Pekin or Belgian chicken.

These gorgeous birds were first recognized in the United States in 1898.

A fancy breed, it’s probably not going to be the best option if you want to raise chickens for meat, but it’s an outstanding pick if you’re interested in keeping chickens as pets or for eggs.

These miniature birds are absolutely delightful.

Although they’re difficult to find at many hatcheries, the search is worth it. Buff Brahma Bantams are some of the newest bantams to be introduced, and they mature in about 19 weeks. 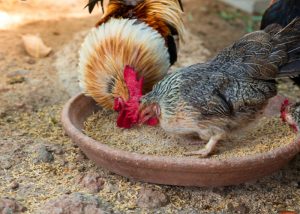 The appearance of the Buff Brahma Bantam

For the most part, Buff Brahma Bantam chickens look just like miniature versions of the full-sized breed. They have broad shoulders compared to the rest of their bodies with pea combs, making them a practical choice for colder climates.

Their plumage is smooth with lots of dense down. They have feathered legs and feet, with each foot containing four toes.

Buff Brahma Bantam chickens have broad heads with brows that protrude over the eyes. This unique feature is a beetle brow, and it’s quite whimsical to look at.

It can be difficult to tell the difference between roosters and hens of this breed. However, you’ll be able to figure it out by observing their unique behaviors.

While roosters tend to be outgoing and curious, hens are often more laidback and not quite as bold.

It’s easier to differentiate between older chickens, too, as the older males have larger combs and pointed hackle feathers.

Bantams generally stand around six inches in height. Their heads are slightly smaller in comparison to the rest of their bodies.

The faces of these birds are free from feathers, and they have relatively small wattles.

The average female will only weigh around two pounds, while a male will tip the scales at about two and a half to three pounds.

The personality of the Buff Brahma Bantam

Buff Brahma Bantams are fun-loving chickens who enjoy nothing more than being active and foraging around the chicken yard.

If they’re allowed to do so, they’ll find a large portion of their nutritional requirements while free-ranging on their own!

They like to stay close to home, though, which is nice since you won’t have to chase them all over the place after a day of free-ranging.

Buff Brahma Bantams aren’t likely to bicker with other chickens, even chickens of other breeds.

Even the roosters aren’t known for being aggressive! These calm chickens won’t attack you or your other birds.

They lay during the winter, even when other hens have mostly stopped laying.

These chickens generally start laying at around five to six months of age. They can vary in their broodiness, with some tending to be broodier during the regular mating season.

Buff Brahma Bantam chickens can be used to hatch their own eggs and tend to be excellent mothers to their chicks.

While bantams won’t lay eggs that are quite as large or plentiful as standard-sized birds, the good news is that Brahma bantams tend to lay larger and more prolific eggs than other true bantam breeds.

Should I Raise Buff Brahma Bantam Chickens for Meat?

It’s not recommended that you raise bantam chickens of any kind if your ultimate goal is to raise them for meat.

Not only are bantam chickens smaller than most other breeds, but these birds tend to grow more slowly, too.

While it might be worth it if you were raising a full-size Buff Brahma, if you’re raising a bantam, you’re probably going to find that the extra effort spent in feeding them to full size really isn’t worth it.

Instead, consider one of these better meat breeds.

Do Buff Brahma Bantam Chickens Have Any Health Issues?

Of course, you’ll need to remain vigilant for the usual concerns of lice, mites, and ticks. These can be problematic for chickens of any breed.

You’ll want to provide your birds with adequate access to dust baths and clean the coop regularly to prevent parasites like these from becoming a problem.

The only other unusual concern to note is the feathered feet of these birds. These feet can easily become sodden and dirty, which can be an issue during the wet, cold days of winter.

Make sure your birds always have a place to dry off their feet to prevent this.

It’s easy for ice and mud to build up around the toes, leading to ice balls.

In severe cases, this can cause your chicken to lose its toes – so be sure to inspect each bird regularly for any buildup.

These feathered feet can also be more attractive environments for mites and lice. Do your best to keep your coop clean and consider using parasiticide treatments when an outbreak is terrible.

For the most part, Buff Brahma Bantam chickens can be raised just as you would care for their full-sized counterparts.

It’s important to note that since bantams can become chilled more easily than full-sized birds, proper housing is key.

Make sure your poultry barn is dry and draft-proof. The good part about raising Buff Brahma Bantam chickens is that they require half the space of their full-sized counterparts.

They’ll need around two square feet of space in the coop with four square feet in the run – though more never hurts, either!

You’ll also need plenty of perches. Put these at varying heights so all of your birds – even the bantams – can get to them. You can even put some branches or a small tree in the run, which your chickens will love.

Otherwise, all you need to do for these birds is provide them with plenty of appropriate food and water. Bantams eat only about one pound of feed per month.

You’ll save quite a lot on your feed bill!

Feed your chicks a 20% protein crumble for the first few weeks. After about sixteen weeks of age, these chickens can be switched over to a 16% feed formulated for layers.

Be sure to provide supplemental calcium!

While regular Brahmas aren’t the best at flying due to their heavyweights, bantams tend to be good flyers. Because of this, you may want to cover the run.

Finally, be sure to add multiple bantams to the coop at once rather than just one or two. Since they’re smaller than other chickens, they are subjected to bullying from the larger girls.

One benefit of raising Buff Brahma Bantams is that they tend to have a relatively long life expectancy – especially when compared to full-sized birds.

They can live up to 10 or 15 years, though seven or eight is more reasonable.

Bantams require less feed than full-sized chickens, too. This is a huge benefit if you want to get eggs from your flock still but don’t want to spend hundreds of dollars on feed every month.

Buff Brahma Bantam chickens lay just as many eggs as birds of other breeds – in fact, they can lay eggs even during the winter, when hens of most other breeds will stop laying entirely.

These birds are gentle and quiet, making them a good choice if you have neighbors nearby.

Calm, peaceful, and self-assured, these chickens are an absolute delight to interact with! They are cuddly and friendly – plus, they get along well with chickens of other breeds.

There are few downsides to raising Buff Brahma Bantam chickens!

For starters, keep in mind that these tiny birds have a higher metabolic rate, so they might not do as well in intense cold as larger hens.

That’s not always the case, but certain individuals may require warmer conditions if they live in a cold climate.

On the flip side, it’s also important to keep these chickens out of intense heat. They have dense feathers that can make the intense summer heat borderline unbearable.

If you’re looking for a breed of chicken that will produce more eggs than your average farm-raised hen, consider raising Buff Brahma bantams.

These chickens are docile and hardy, but they have been bred to lay plenty of eggs for you.

This makes them an excellent choice for people who want fresh, healthy eggs that are loaded with nutrients  – without having to feed their flock as much grain.

Hopefully, this guide has proven to help convince you that Buff Brahma bantams are the right choice for you. Give them a try and see for yourself! 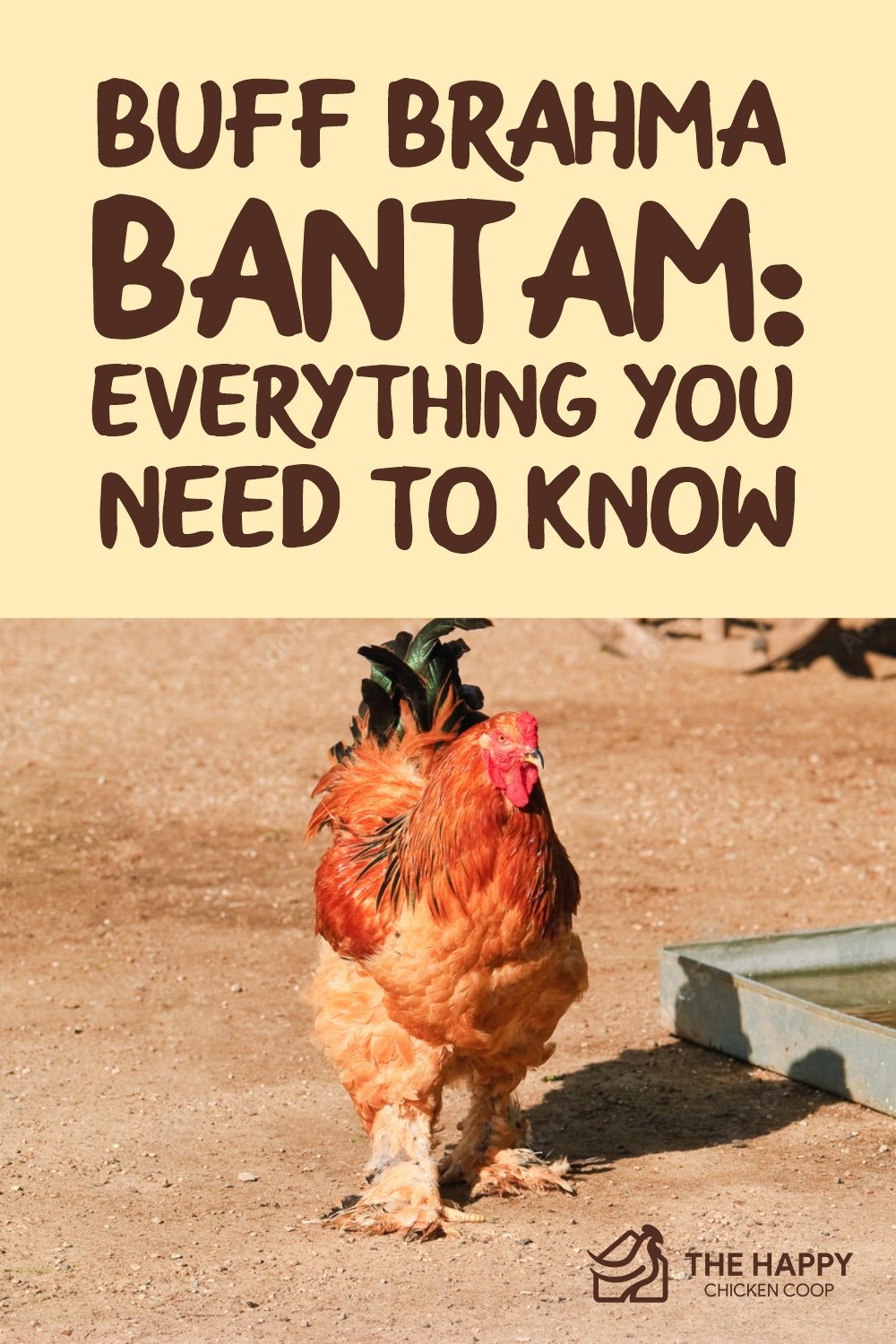