Leghorn Chicken: All You Need To Know 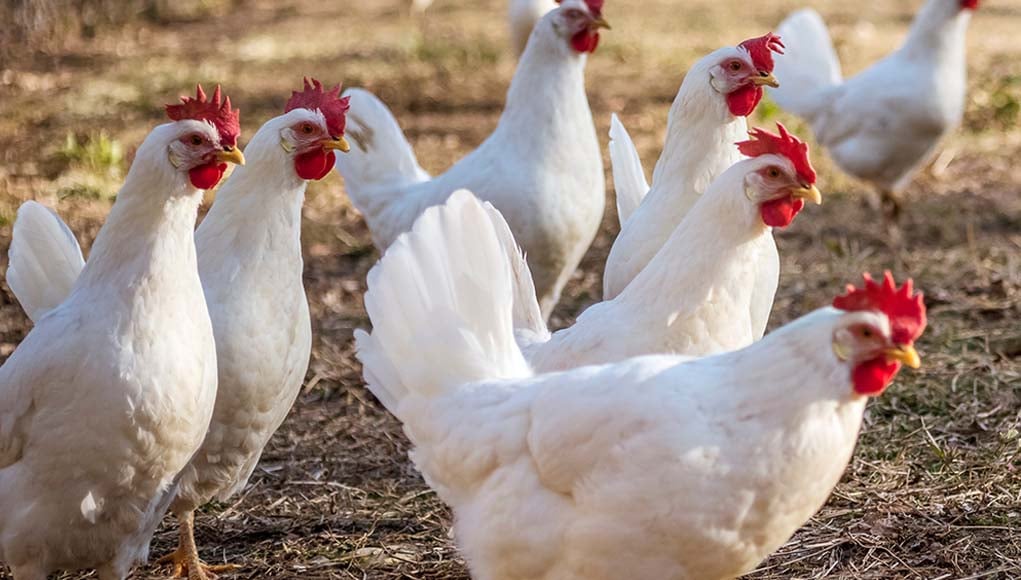 He is probably the best-known Leghorn chicken in the world!

This article will explain Leghorn’s history, temperament, and disposition before discussing its egg-laying capabilities and if it’s a good match for your flock. 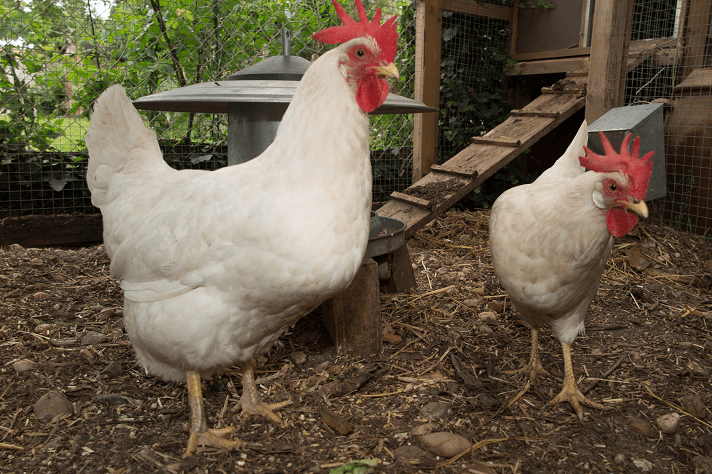 The exact origins of the Leghorn are unknown. There were several small breeds of landrace chickens in the Tuscany region of Italy, and from these, the Leghorn was born.

A Captain Gates of the US brought Leghorns to the USA. He docked at Mystic Harbor, Connecticut, and these birds were the forebears of today’s Leghorns.

After some breed refinement (which included breeding for a rose comb) in the US, the white Leghorn won the New York show in 1868, and the Leghorns were eventually shipped to the UK around 1870.

The English did not like the small body of the Leghorn and so crossed it with the Minorca to give a more robust frame – more like a dual-purpose breed. Despite this, the Leghorn remains a thin bird, not really suitable as table fare at all.

These crosses eventually made their way back to the US, where the larger size made it more acceptable to the budding poultry industry around 1910.

Soon after this time, the Leghorn admirers were split into two rival camps – those who appreciated the chicken as it was naturally and those who valued production over everything else.

The division remains to this day, with the original Leghorn lines preserved by a few individual breeders. The vast majority of Leghorns today are raised to be industrial hens. 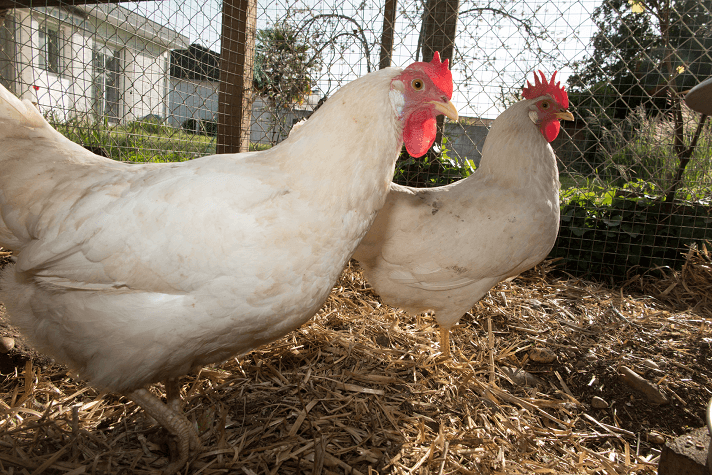 It surprises many folks that the Leghorn actually comes in various colors – white is the color that most people think of when they think of a Leghorn.

They have red wattles and either a single comb or rose comb—white earlobes for this breed signal that they lay white eggs.

The eyes are orange/red, and the beak is yellow-colored. They have yellow skin and legs; the feet have 4 toes.

The overall appearance can be described as long, sleek, and aerodynamic, except for that single comb, giving the bird a slightly comical look.

The Italian Association recognizes 10 standard varieties but does not recognize rose combs.

The standard fowl weighs in at 7½lb for males and 5-6lb for hens. The bantams weigh in at 1kg for males 0.9kg for hens. 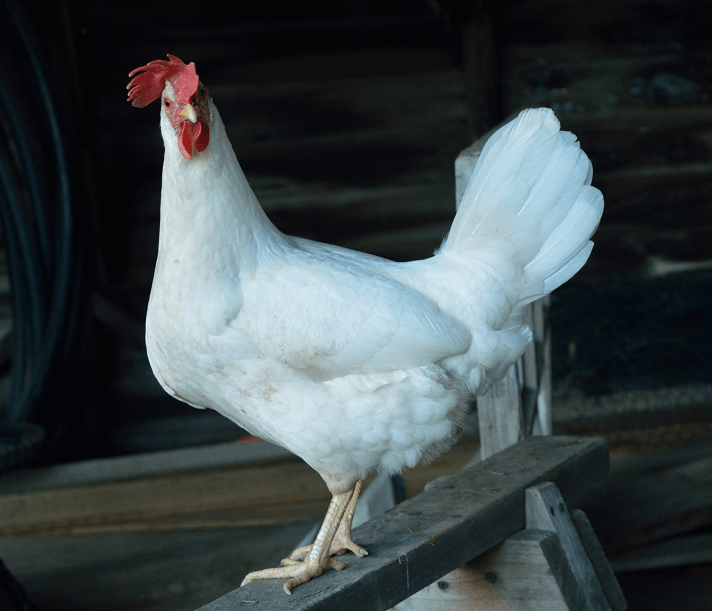 The Leghorn is an intelligent and resourceful bird and will find much of its own food if allowed to range.

Although they will tolerate confinement try to provide lots of room for them and things to do – they can get bored easily as they are high-energy birds. They have a bit of a reputation for being noisy and highly strung, but this does vary from strain to strain, many Leghorn lines are not flighty, but they do remain aloof from human contact.

It is hard to generalize in a breed with so many different varieties because not all are created the same. The best way to judge what your chicks may grow up like is to see the parents if possible or enquire to the seller what kind of temperament they have.

She lays white shelled eggs around 55g (2 ounces) each. The eggs get larger as she ages, so her eggs start as large and may become extra-large by the end of her laying cycle.

Leghorns have been bred to lay, not brood, so it is a rare hen that will go broody. They make rotten mothers as they do not set well, so if you want chicks, you will have to fire up the incubator.

When chicks do hatch, they feather up fairly quickly and are fast maturing.

If you want a hen that is a regular and prolific layer and doesn’t eat that much – the Leghorn is your bird! The feed to egg ratio is one of the best around, especially if they can free-range.

As the Leghorn can be nervous, flighty, or shy, I would advise against allowing small children near them unsupervised.

Its prowess in the egg-laying department has sadly led to this being one of the most abused chickens in the poultry industry.

Many of these hens that are industrial ladies get a second chance at life if chicken owners can rehome them in backyard flocks. Folks who have re-homed these birds say they are delightful creatures. As a backyard hen, it will serve you well – giving you lots of eggs in return for minimal feed.

Although they may not be overly affectionate and can hardly be described as a ‘pet,’ they can provide you company and many hours of chicken TV. 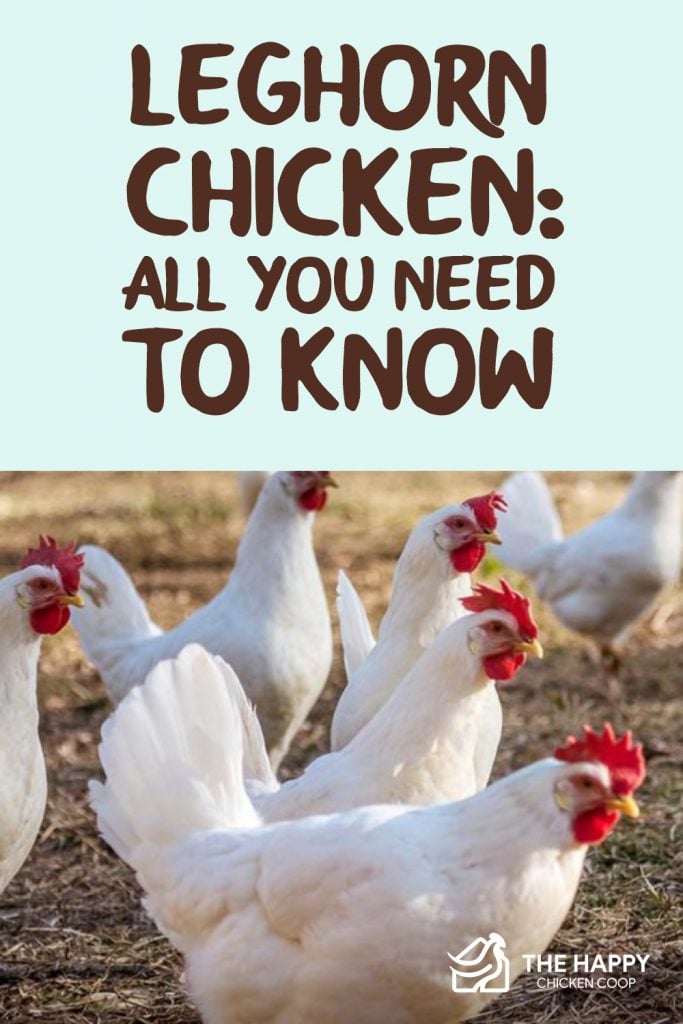 55 thoughts on “Leghorn Chicken: All You Need To Know”