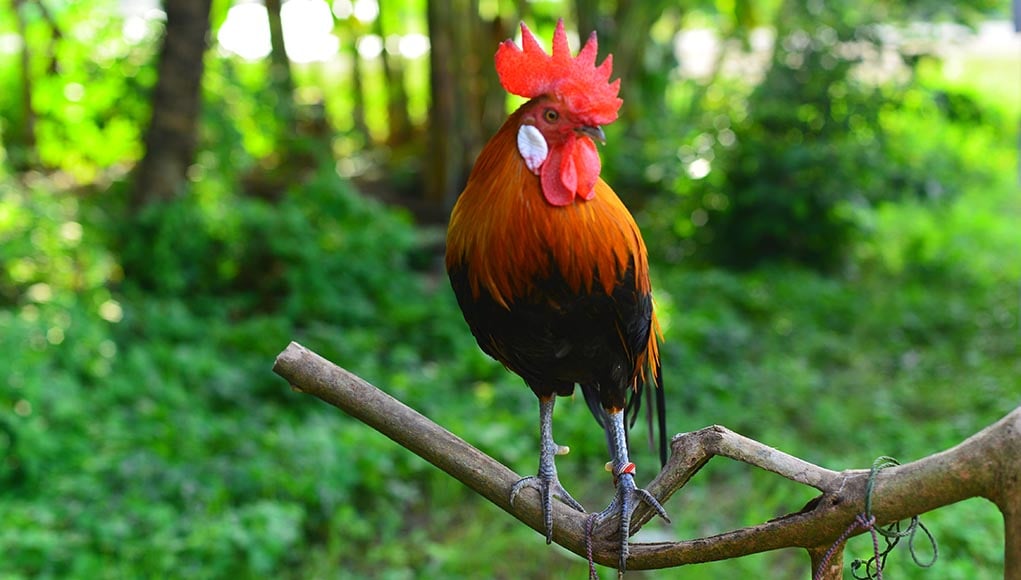 Yes, there really are miniature chickens, though they aren’t just a novelty, flash-in-the-pan, type of tiny animal. They’ve actually been around for quite a while, and they have a name: Bantams.

And yes, you’ll be thrilled to hear they come in all different kinds of chicken breeds, many of which you may already be familiar with.

So what’s the deal with miniature chickens, AKA bantam chickens? Well, here’s the scoop on the teeny tiny counterparts of the standard-sized chicken.

They weren’t originally called Bantams, though. In fact, they were called Bantan chickens because they originated in Bantan, Indonesia.

Like the game of telephone, the word evolved over the years, and eventually, the teeny tiny chickens were called Bantams.

So when you’re specifically seeking out a miniature breed of chicken, look for the bantam version because that’s truly all it is. Contrary to popular belief, bantams aren’t an actual breed of chicken. Instead, they’re a variety of standard breeds.

For example, you can have a bantam version of a Buff Orpington chicken. In that case, it would be considered a mini-me of the standard size.

Unfortunately, not all standard-sized chickens have a miniature counterpart. Similarly, not all bantams have a large doppelgänger (more on this soon).

With that being said, you can find a mini-me version of the following common standard breeds:

Keep in mind that this is not an exhaustive list. In fact, there are over 400 bantam varieties to choose from! 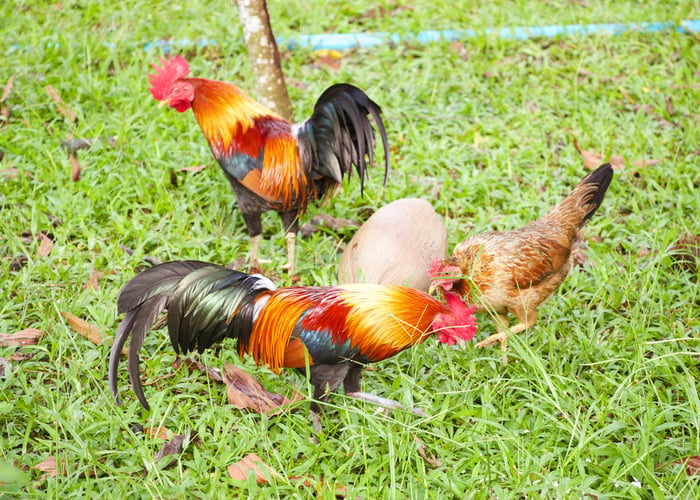 While many bantam birds are simply miniature versions of their standard counterparts, some breeds are specific to bantam-sized birds.

In other words, you can get them in the miniature size, but you won’t find them in the standard size.

Here are a few common chickens that are considered true bantams: 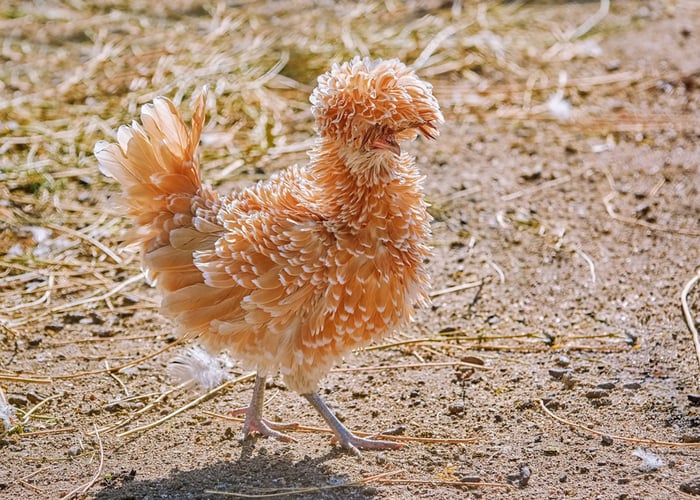 Where to Buy Miniature Chickens

If you’ve got your heart set on the mini-me’s of the chicken world, you can find them in some of the more prominent hatcheries in the US.  Additionally, fanciers are an excellent resource for these itty bitty birds.

Often, breeders are laser-focused on breeding and developing the bantam versions of the standard breeds. You can seek out these breed-specific breeders on social media, classifieds, or through a quick google search.

Additionally, there are dedicated associations for some breeds. You can easily find breeder referrals through these organizations.

While the mini-chick requires all the same amenities as a standard-sized chicken, there are a few extra considerations and precautions to take as a bantam owner.

Since these birds are pretty tiny, they are at the bottom of the food chain. They’re easy pickings for aerial predators and small ground predators.

So if you’re considering free-ranging your bantams, tread carefully. While bantams don’t have to live in confinement, they are probably safer if they do.

It’s possible to keep bantams with standard-sized chickens. Still, most experienced breeders will tell you that it’s best to keep your bantams in a separate coop.

While the bantam is unaware of its small size, its bravery may get it into trouble with the big chickens in the flock.  A brave bantam rooster will not fare well against a Jersey Giant rooster, for example.

Additionally, due to their compact size, the bantam tends to get pushed around, and in some cases, he is the last to eat. So to keep the playing field fair, it’s polite to allow your bantams to live in their own mini-community.

Miniature Chickens Will Need Less Feed to Keep on Hand

One perk of keeping bantams is that they will go through less feed than a standard-sized flock of chickens.

Keeping this in mind, it’s possible to keep less feed on hand which, in turn, will keep predators and pests from entering the coop to eat the stockpile of extra feed.

Bantams lay eggs just as a standard chicken would. With that being said, eggs are laid less frequently than in the traditional breed, and as you may have guessed, the eggs are much smaller in size.

So, if you plan to eat your bantam’s eggs, just plan to use more in your baking projects to make up for the difference.

Bantams are fun miniature chickens, and they are often kept as pets or companions rather than as farm animals. In fact, many enjoy the company of their small chickens on the inside of their homes!

If that’s something you’re considering, just make sure you’ve got the right ventilation setup and a good cleaning regime. Some of the smaller bantam versions aren’t that much bigger than a household parrot.

Miniature chickens are a fun version of our farmyard friends. They’re fun and ornamental, all while bringing the eggs to the breakfast table.

Read Next: The Largest Chicken Breed 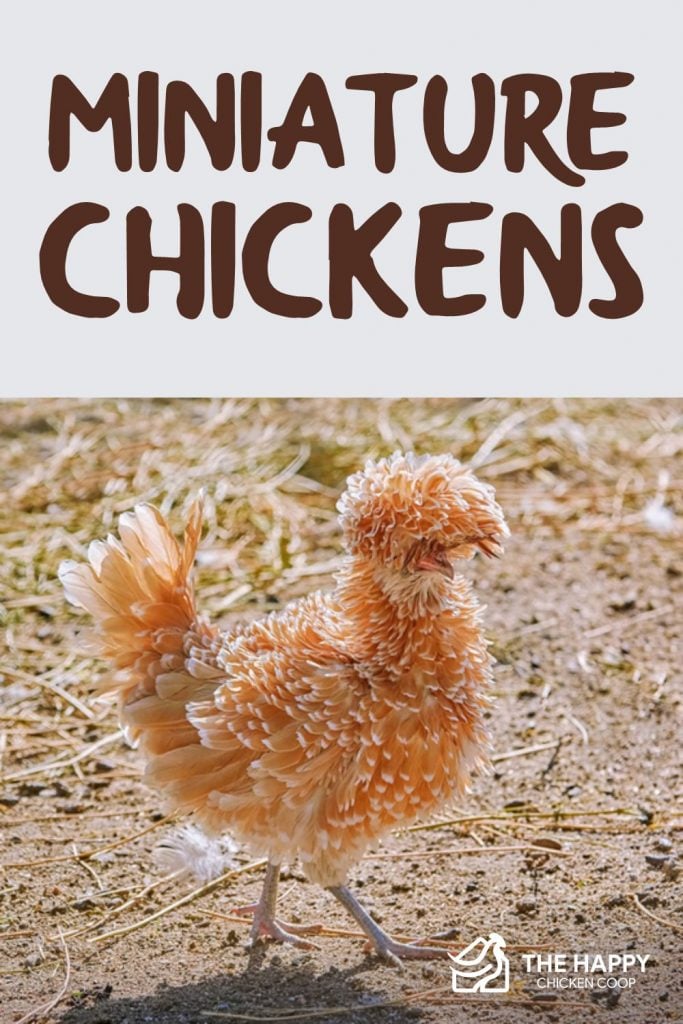