You are here: Home / Breeds / Easter Egger: Everything You Need To Know About This Chicken 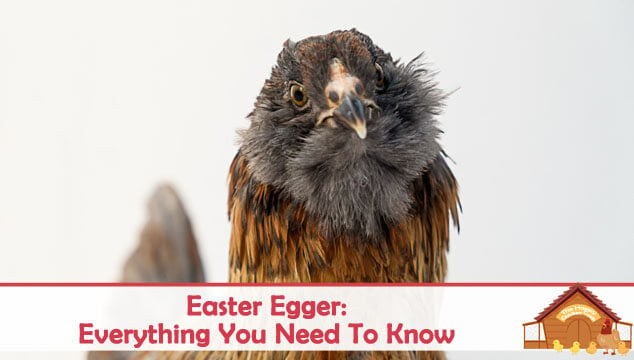 Whilst not strictly a purebred, the Easter Egger has become a backyard favorite across America. With its cute looks and vibrant personality what’s not to like?

They are known as Easter Eggers because they can lay a wide variety of egg colors and their plumage can also be various colors.

Generally, in the US an Easter Egger is a bird that is understood to carry the blue egg laying gene from its parent stock (the Araucana or Ameraucana).

Although primarily thought of as an egg layer, they make a reasonable dual purpose breed.

In this article we cover everything you need to know about them including their temperament, egg laying ability and much more…

History and Background of Easter Eggers 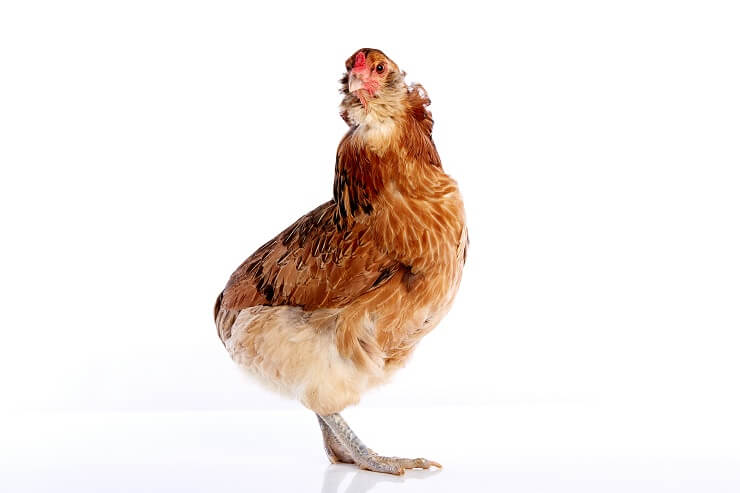 These lovable ‘mutts’ were originally created when people started crossing Araucana or Ameraucanas with other breeds.

The results of these crossings led to multi-colored eggs and an adorable looking bird!

As we know, the Araucana and Ameraucana both possess the gene for laying blue eggs. So when a breed that lays brown eggs for example, is crossed with an Araucana or Ameraucana, the result is a green/olive colored egg.

Easter Eggers have been around for quite a while now and have lost none of their popularity; in fact they are becoming even more popular for backyard chicken folks because of their colored eggs but also because of their low maintenance lifestyle.

We can’t be entirely sure who their parents are. However it is widely accepted that the parents are the Araucana and Ameraucana.

The original Araucanas were brought to the US from Chile, South America in the 1930s. They are rumples birds which means they have no tail and no coccyx.

They have ear ‘tufts’ and a pea comb. The ear tuft gene can be lethal to the embryos. If both parent birds have it most of the chicks will die in the shell; hence their rarity. They are actually a mix of Collonca and Quetros chickens from the area where they were first found and carry the dominant blue gene for eggs.

The Ameraucana was bred from mixed breed chickens and Araucanas. They were developed to the breeders liking and so a standard was issued.

They were bred to retain the blue gene for eggs, but eliminate the lethal gene from the parents which caused ear tufts. 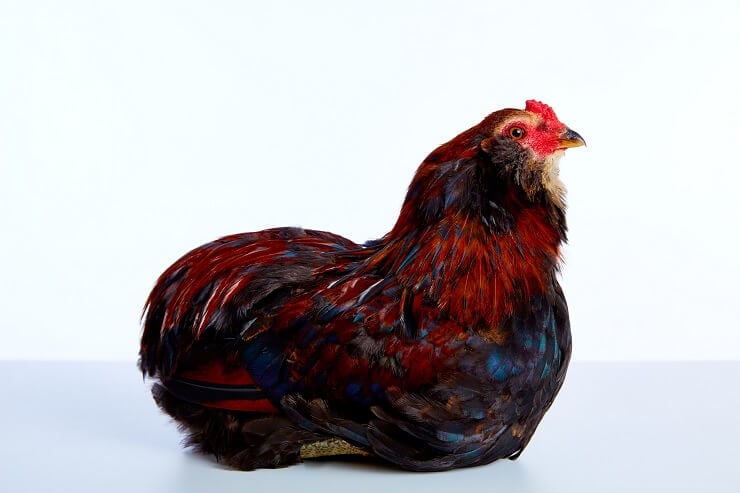 The Easter Egger can literally be a mixed bag of features. They can have any sort of comb with single and pea being the most common (depends on their parents).

Their ear lobes can be any color, but are usually red or white and occasionally a bird will have ear tufts. The wattles on both sexes are red but small.

Facial features can include all, some or no muffs and/or beards, giving them a look that some folks describe as chipmunk-ish.

They usually have a tail, but because of the Araucana genes, some birds may be rumpless.

It’s really not possible to give a ‘true’ coloration of Easter Egger. Their feathers can come in solid colors, patterns and splashes of any color. It depends on what plumage the parent birds had and which of those colors become genetically dominant.

They are on the small size for a standard chicken with the boys weighing around 5lb and the girls 4lb.

As the Easter Egger is a hybrid, there is no set standard for them.

Why some hens laid blue eggs was a mystery that was not unraveled until 2013 following the mapping of the chicken genome.

It was found that certain breeds (Araucana, Dongxiang and Lushi) had been infected with a retrovirus that had inserted itself into the chicken’s DNA.

The gene responsible for this blue coloration is called oocyan and the pigment that colors the egg is made from a liver pigment called oocyanin.

The big difference between colored and blue eggs is that the blue color permeates through the shell – so it is blue inside and out. Brown or tinted eggs are created when a ‘dye’ called protoporphyrin is laid onto the shell. That’s why when you vigorously clean a brown egg you can sometimes take the pigment off!

If you want a deeper look into blue eggs see our article.

A sunny, outgoing disposition would probably best describe them. They are friendly, curious and gentle. They aren’t bully birds and may get picked on by more assertive breeds so keep a cautious eye on them with others.

They would be most suitable with easygoing non-aggressive types like Salmon Faverolles or Cochins.

They are not shy and often approach humans looking for treats or some lap time. They are great with kids and the kids love them right back for their personality and colorful eggs. 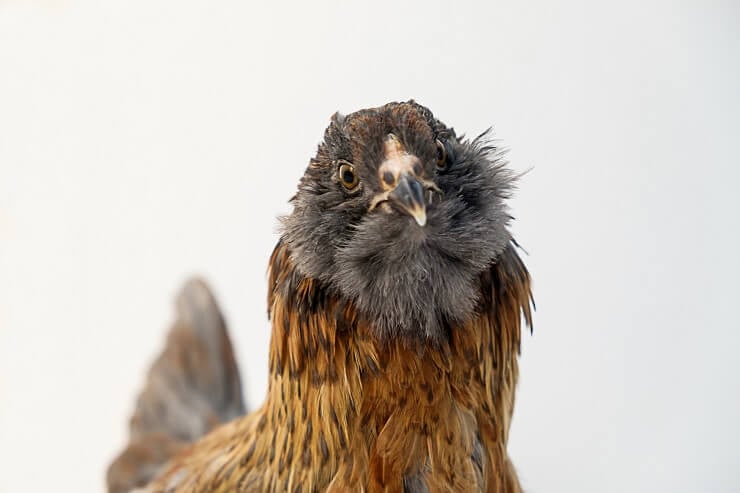 They are good layers, producing 4 large eggs each week (that’s in the range of 200 per year).

You should know that whatever color eggs the hen lays, that will be the only color she lays – they don’t do rainbow assortments. But if you have several hens you are likely to get a good variety of colors in your egg box.

They seldom go broody so they devote most of their time to laying those wonderful eggs.

They are a healthy and vigorous bird. No particular health issues other than the usual problems with parasites, especially birds that have beards and muffs.

Is The Easter Egger Right For You?

If you want friendly hens and colorful eggs, look no further than the Easter Egger. They may not have ‘pedigree’ but they certainly make up for it in many other ways.

They are delightful birds each with their own individual looks and personality. They aren’t a noisy bird so shouldn’t cause problems with the neighbors. Although they enjoy free ranging, they will tolerate confinement well enough. However, they are curious and active, so try to provide them with things to explore in their pen so they don’t get bored.

If you do let them free range they will supplement their diet quite handsomely reducing your feed bill slightly!

They are hardy to both heat and cold and can tolerate a wide variety of environments as long as they have the necessities of life (food, water and shelter).

Chick season is almost upon us and as you scan over all those fluffy little peeps you may come across some labeled as Americanas.

If they cost under $5.00 per bird, these are most likely to be mislabeled Easter Eggers.

True Araucanas or Ameraucanas will seldom, if ever, be found in a feed store and they most certainly will cost a lot more than $5.00.

These birds are low maintenance and will repay you handsomely with beautiful eggs. They are quite remarkable in that they have developed an almost cult-like following despite not being ‘pedigrees’!

Do you keep Easter Eggers? We would love to hear from you in the comments section below… 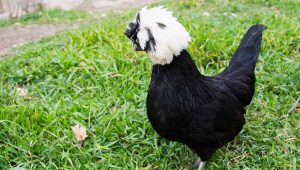 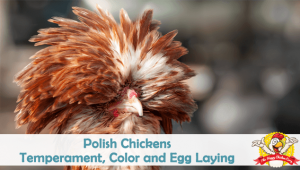