Coccidiosis in Chickens – How To Identify And Treat 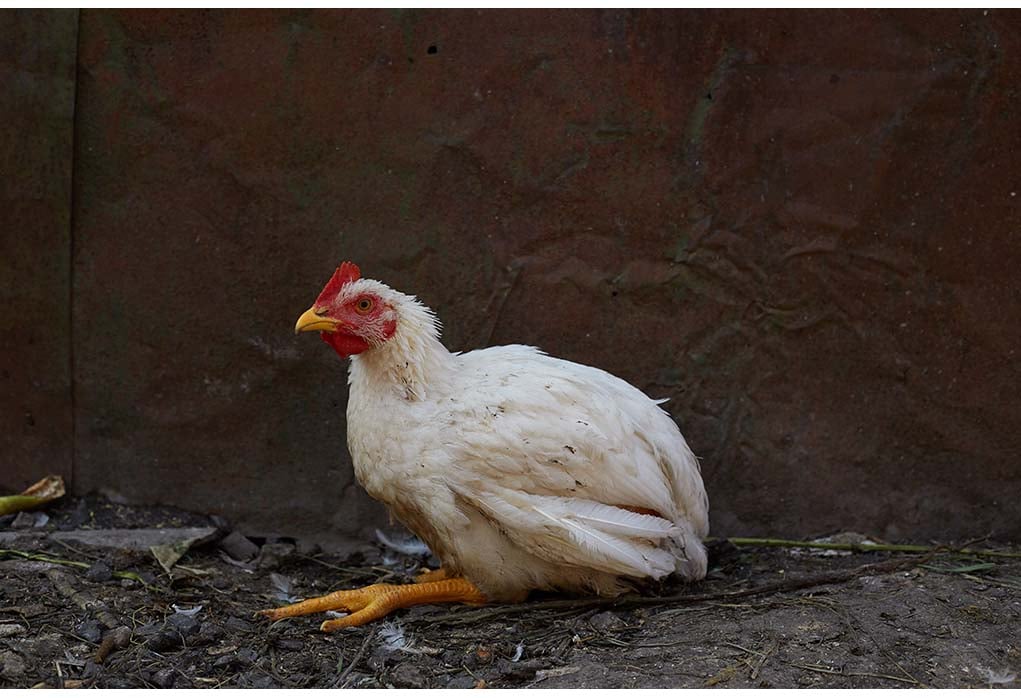 If your chickens start acting ill, your mind might start racing with all the things that could be going wrong.

Coccidiosis is a prevalent killer in chickens, and it’s pretty easy to identify and treat if you know how to catch it quickly.

Read on to learn everything you need to know about coccidiosis in chickens.

What Is Coccidiosis In Chickens?

According to the Merck Manual of Veterinary Medicine, “Coccidiosis is caused by protozoa of the phylum Apicomplexa, family Eimeriidae.”

To simplify it, coccidiosis is a parasite that attacks the intestines of poultry (and many other species as well).

Coccidiosis is passed from one chicken to another through infected droppings. And once the organism attaches itself to the intestinal lining, it destroys the organs’ ability to absorb the nutrition the chicken needs to survive.

Coccidiosis moves fast and can kill a chicken but don’t worry. It would be pretty rare for it to be passed to humans or other animals unless poultry.

All chickens carry strains of coccidiosis, but not all will become infected. Conditions have to be perfect for coccidiosis to survive and progress through its life cycle.

The parasitic protozoa start as a teeny tiny egg, and from the droppings of one chicken to another through digestion, it enters the intestine and starts wreaking havoc.

Coccidiosis Signs and Symptoms in Chickens

One of the first signs of coccidiosis is blood in your chickens’ droppings. However, don’t panic because chickens commonly have bloody poo from passing large eggs as well.

With that being said, you should keep a close watch for the following symptoms and act quickly:

All of these symptoms can indicate other illnesses, and the only way you can be sure your chicken does have coccidiosis is to take a fecal sample to the vet for testing.

Your vet will also prescribe treatment for you to begin immediately.

Luckily, you can cure coccidiosis with the correct treatment, and your flock will be healthy once again!

The most commonly prescribed treatment is Amprolium (an over-the-counter medication), and all you have to do is add it to your chickens’ water. And yes, if one is infected, it’s a safe assumption that all your feathered friends need treatment.

If you have a chicken that refuses to eat or drink, Amprolium can be given by mouth (beak). But ask your vet about dosage instructions in this scenario.

You’ll treat your chickens for about seven days, and while doing so, you’ll need to clean the house. Clean the entire coop. Remove all droppings, and do a thorough deep-clean of the cell as the whole.

Coccidia can survive for up to a year in soil and warm, humid environments.

If you’re unsure that you’ve been able to remove all traces of the coccidia protozoa, consider giving your chickens Amprolium regularly for a year (but always ask your vet first).

Coccidiosis can do a lot of damage to your chicken’s intestines, and if they contract the parasite often, they may experience long-term side effects, including decreased egg production.

Remember, a damaged digestive system does not absorb nutrients effectively.

Prevention is The Key

When it comes to chicken illnesses, diseases, and parasites, prevention is always the best way to combat whatever comes your way. It’s better to be preventative rather than dealing with the stress of being reactive to a problem once it shows up.

So, how do you prevent coccidiosis in chickens? Let’s dig into the details so you can keep your flock happy and healthy and have plenty of eggs!

A clean coop is number one on this list because excessive dropping may promote disease in general. Keep it tidy and clean, and your chickens will be happy, and the parasites not-so-much!

So Fresh So Clean Water

Let’s face it. Chickens poop is in their waterers all the time, sometimes to our bewilderment. You have to wonder how they get it in there sometimes.

So change it regularly and clean waterers often. If you’re looking for a good waterer solution, see our product suggestion below.

Broiler chickens are often victims of coccidiosis because they are usually kept in large quantities in small spaces.

If your coop is overcrowded, coccidiosis may spread so fast you won’t even know what happened.

When you bring new babies into the world, whether from a hatchery or your broody hen, feeding commercially medicated starter crumble will help them immunity to coccidiosis.

If you have the option to vaccinate your chicks against coccidiosis, you can save yourself some worry. Plus, they won’t need the medicated feed.

When bringing new chickens into your flock, keep them separate from the rest of your chickens for at least 30 days.

Watch for symptoms, and once you’re sure it’s safe, you can introduce the new flock members.

Never throw crumble or food on bedding in coops because if there is coccidiosis present, your chickens can quickly ingest it by accident.

If you can stay on top of prevention, you should have very little to worry about.

But if your coop comes down with coccidiosis, as long as you act fast, you can kick it in the chicken butt and get back to normal before you know it. 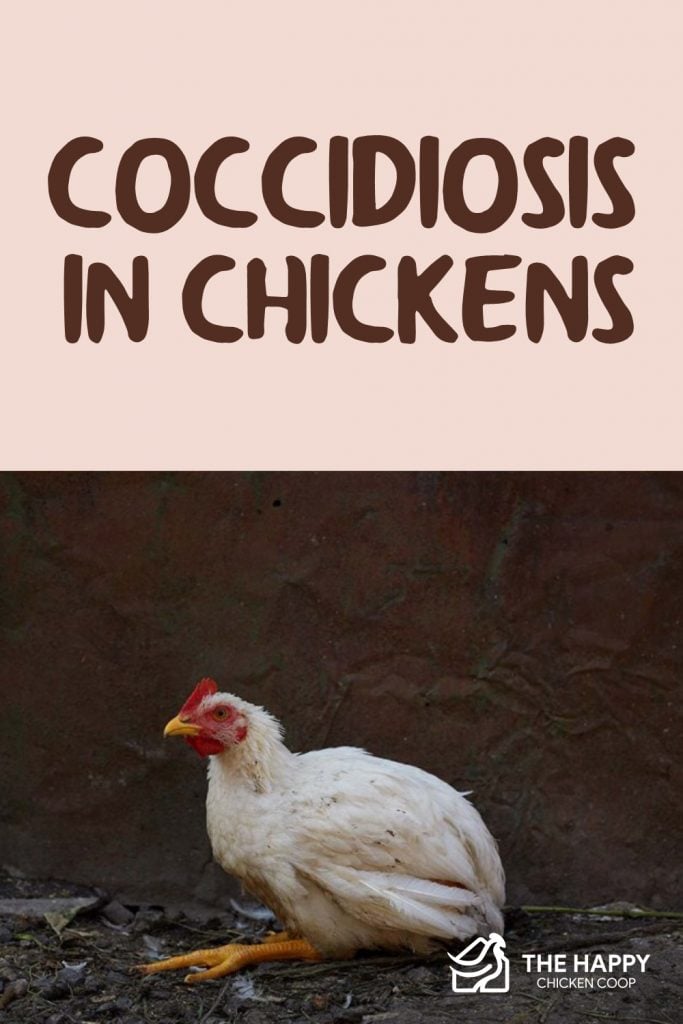 17 thoughts on “Coccidiosis in Chickens – How To Identify And Treat”