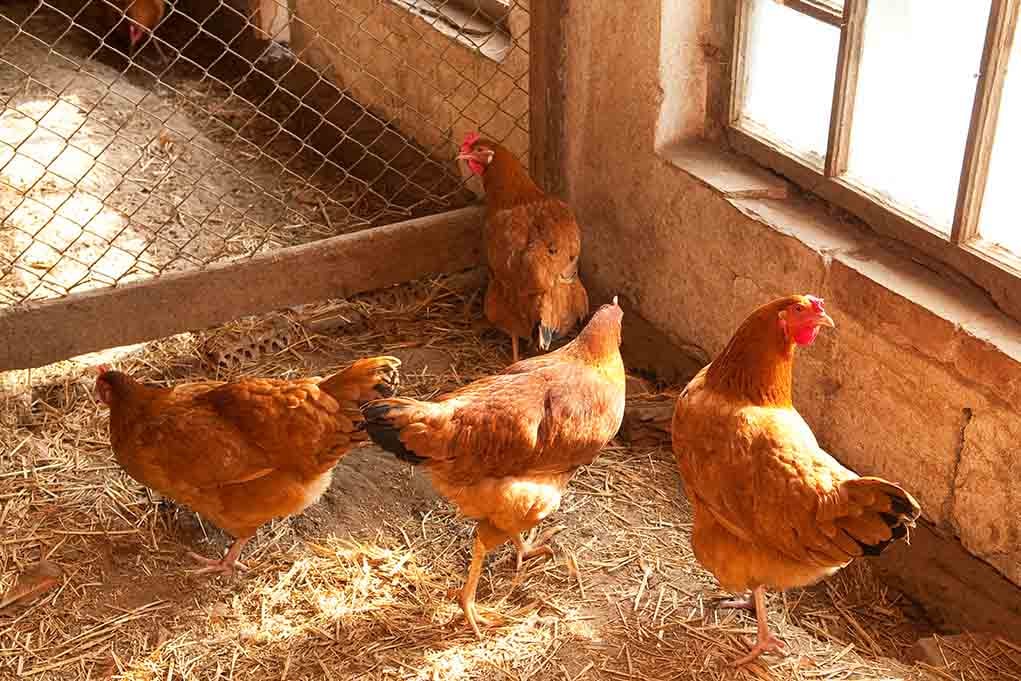 There’s a reason people refer to getting settled in as “nesting.” Chickens are the masters of creating a comfy nook for themselves to either roost or lay their delicious eggs. Planning for chickens includes the vital decision of which type of chicken coop bedding to use.

Baby chicks are fragile little creatures, and they are just beginning to understand the world around them. Even though they are young, their instincts are powerful.

As soon as they have the strength, they start pecking and scratching at anything and everything. Choosing a soft litter that absorbs well is an essential part of brooder basics. Shavings are an excellent choice as long as they are not too small or dusty.

It won’t hurt the chicks if they decide to start eating the shavings, and in most cases, they will determine it doesn’t taste that great anyway, but to be safe, a large-cut shaving would probably be the best option.

Chickens are delightful animals, but let’s face it, they are messy little critters too.

They poop anywhere and everywhere, even as they roost at night, and their droppings are quite wet. To top it all off, they love to make even more of a mess.

To this day, I cannot figure out how they manage to get their water so filthy in 24 hours. That’s why I always recommend an automatic chicken waterer.

There are many options for bedding, and what works for one person may not work for the next.

There is truly no right or wrong answer here, but let’s examine the pros and cons of some of the most popular types of chicken litter. 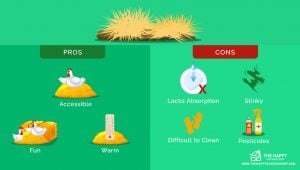 Using straw as bedding is like getting back to basics. Before wood chippers and packaged shavings from the local supply store, farmers used straw.

It works just fine for bedding, but there are a few things to consider when using any long, dried grass for chicken litter. 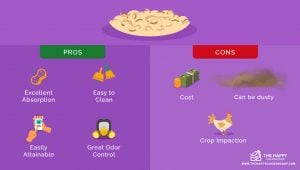 Shavings are a favorite among chicken owners, and this type of bedding comes in different forms of wood.

The most common kinds of shavings are Pine and Cedar, although there is a lot of talk about the possibility of cedar being toxic to chickens.

I love to use shavings due to odor control and ease of cleaning.

It is much easier to clean shavings than it is to clean knotted, wet straw. 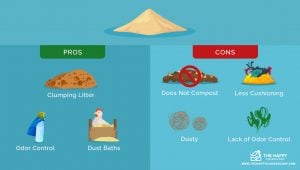 Sand for chicken bedding is a time-consuming kind of litter to use, but those who use it seem to prefer this method above all others.

Widely used, sand is used with the deep-litter method and merely is “turned” when it becomes overly soiled. Thus the clean sand from the bottom is brought to the top.

The sand clumps like cat litter, and when it is turned, it is sent to the bottom and seemingly disappears.  Although, it could be said it’s like sweeping dust under a rug.

It’s still there, and since chickens love to root around, the old droppings will most likely catch their eye, and they will peck at it.

To prevent this from happening, the litter would have to be quite deep and turned often. Some chicken owners chose to remove the clumps of feces as though they were cleaning a litter box; this is where the time commitment comes into play.

I have never used this method; however, I would imagine that chickens would love to take dust baths whenever they like.

Plus, sand for a chicken coop probably doubles as free-choice grit.

Paper is best left for the brooder box. It would take a lot of recycled paper to cover an entire coop, but it is an excellent option for young chicks because it’s incredibly soft and gentle on the babies.

However, it absorbs quickly and needs to be changed often. With that being said, it is not the best for odor control.

The deep litter method has gained a lot of traction among chicken owners over the past few years.

Litter type will also depend on whether or not you will use the deep litter method. Sand, for example, cannot be used for this method of bedding.

There are many benefits of this method if done correctly, including ease of use, natural warming insulation, and fertilizer creation.

The deep litter method goes something like this: a deep base of either straw or shavings is added to the coop initially.

Then, once a week, more litter is added along with some tasty morsels that will entice the chickens to scratch and aerate their own compost, promoting decomposition.

After a year, or once the litter is about a foot deep, it’s time to clean! All but a small layer, which is alive with good microbes, is left behind to start the process repeatedly.

Once the litter is removed, it can be used as fertilizer to add to a flower or vegetable garden.

It is essential to select bedding that has not been sprayed with pesticides to ensure it does not enter the chicken’s system, your eggs, or your flower bed.

This method is a harmonious, natural, and easy way to keep chickens.

Chicken manure is one of the best forms of fertilizer; however, it cannot be used directly in a garden due to its high nitrogen content.

However, it can be a fantastic fertilizer with the right type of bedding and a little patience. Most types of bedding are fine to use if they will eventually make their way to the garden.

However, it is wise to ensure that all bedding is free of chemicals and other pesticides before using it.

Chickens are amazing animals to raise due to the many different benefits to their human family.

They give fresh eggs, meat, companionship, entertainment, and droppings.  Yes, with the right kind of bedding, we will love them for their poop, too—as fertilizer, that is. 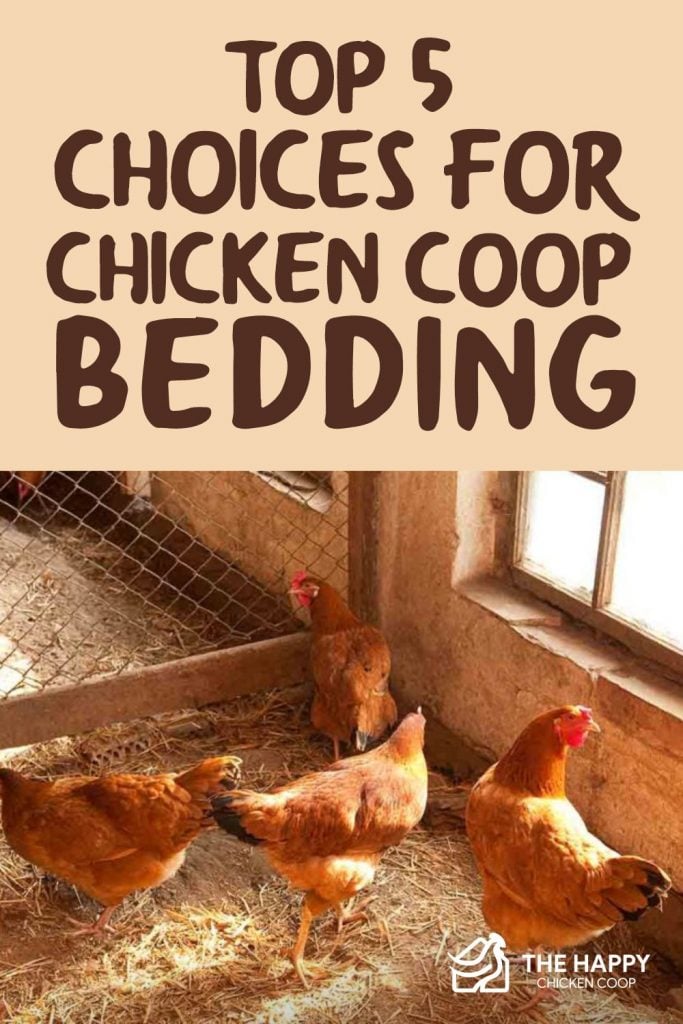