How To Sex A Duck 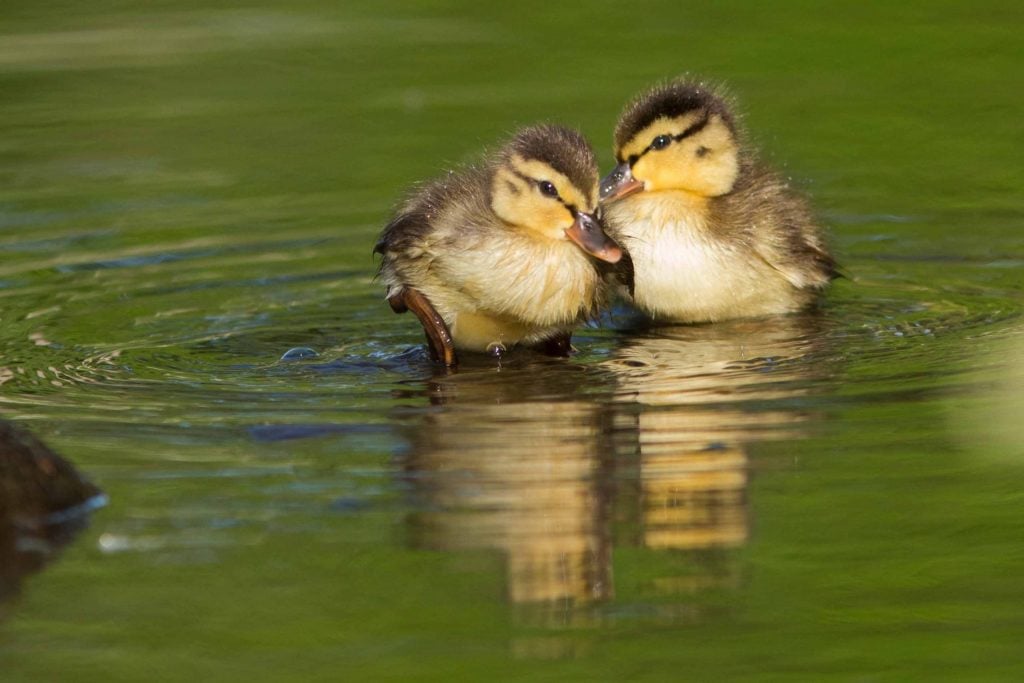 You have finally researched why you should have ducks but now need help sexing them.

Sexing ducks or even young ducklings is possible using a variety of simple to complex techniques.

Depending upon the method you choose and your skillset, sexing of ducks can occur when they are merely days old.

Once you discover what physical and audio cues to look for when staring at a batch of baby ducklings, the sounds they make and actions they engage that once seemed identical can help you separate the future hens from the future drakes.

The most reliable sexing a duck is through a vent (or cloaca) check. While separating the boys from the girls is essentially 100 percent accurate, a novice should never try it.

Damaging a duck, a duckling especially, by improperly or too roughly conducting a vent check could severely injure or even kill the poultry bird.

While details about vent checking and an overview of the process below are included in the how-to sex a duck guide, only professionals or individuals formally trained should attempt this process. 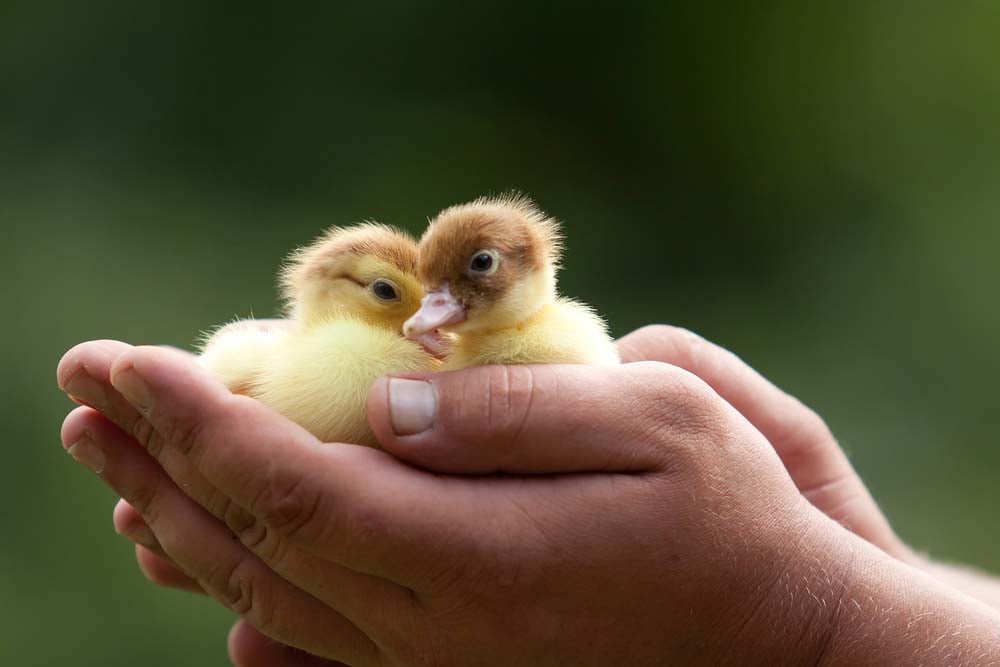 How To Sex A Duck

When a vent is checked the right way by skilled hands, the duck is neither harmed nor emotionally traumatized by the sex check.

But, if the person doing the vent check does not do it properly and applies more than extremely gentle pressure on the belly or the duck or the vent area, you could irreparably harm the poultry bird.

Only slight pressure is needed to expose the vent just barely to see the internally housed reproductive organs of the duck. This exam should only be performed by a veterinarian or experienced duck keeper.

You can safely and successfully sex a duckling when it is a day or a few days old, but it is recommended to hold off entirely on a vent check until the duckling is close to two weeks old.

The younger the duckling, the more fragile and susceptible it to injury during a cloacal exam.

How To Sex Ducklings Via The Vent Method Overview

The duck vent checking video below showcases the process.

Remember, never should the cloaca be opened any more comprehensive than necessary, nor should it be held in that position for any longer than a maximum of 30 seconds.

If conducting a vent check sounds too complicated, or you cannot find someone to teach you, there are other less intricate ways to determine the sex of a duck.

When ducklings are only a few days old, a distinct difference in size often becomes apparent.

Male ducklings, regardless of breed, are almost always taller than females and weigh more.

In the case of Rouen, Welsh Harlequin, and Mallard duck breeds, males tend to have a giant head and a thicker neck than females.

Some duck breeds can be sexed by their plumage even when they are merely ducklings.

Doing a little bit of research into the specific breed of duck that you are keeping can help you learn about any plumage coloration variances that may exist and how you can use them to sex a duck.

In some breeds, it is not entirely uncommon for all ducklings to boast only female plumage colors until they are roughly 90 days old.

Regardless of the breed, all maturing males will develop a drake feather. Either one or two curly tail feathers will grow on the flat tale of a drake. 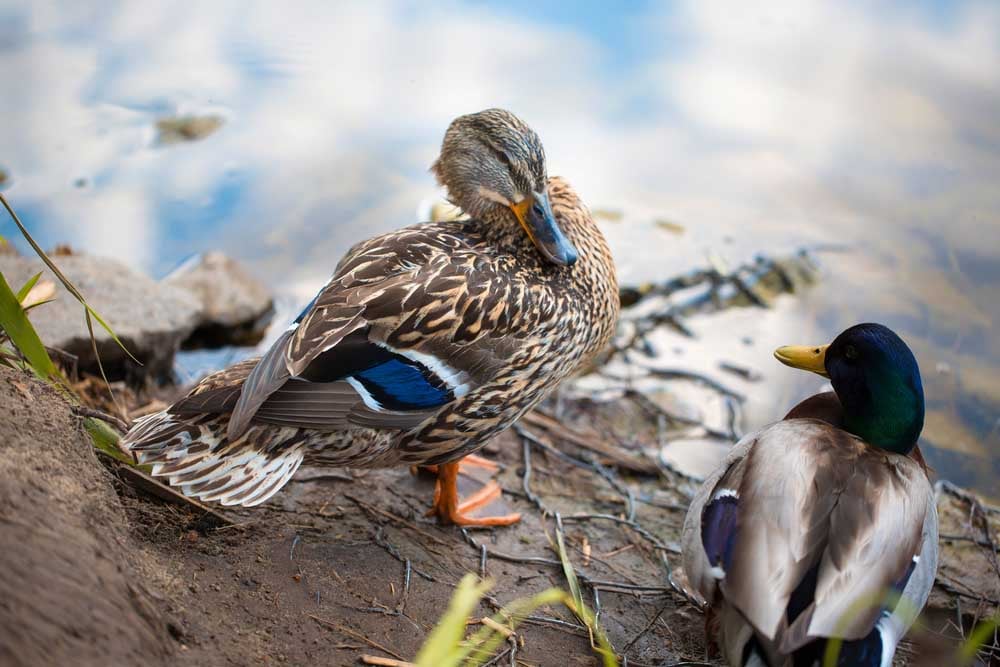 Ducklings in some breeds grow feather sprouts on their wings – and sometimes even tails and bellies, at different rates. In some, if not many species, a female duckling will show signs of the first actual feather sprouting more quickly than males of the same age.

Watch the changes on the ducklings as the fuzz they boasted when hatching starts to turn into actual feathers.

Also, take the feel and the weight of the wings into consideration when sexing a duckling based upon wing characteristics.

On average, a female’s wing will lose the thin and papery feel more quickly than a male’s wing.

The sounds ducks make can also help keepers determine their sex, even from a relatively young age – six weeks old, on average. Until ducklings hit this growth milestone, they tend to sound just alike.

Choose one duckling at a time to work with when attempting to sex the poultry bird by their voice tone. Pick up the duckling and move away from the rest of the birds to ensure you hear only it and do so clearly.

At six months or older, a female duckling will have a demanding tone to her voice. Female ducklings and ducks also often make a louder sound that can rattle the ear in pitch.

Male ducklings usually create a more soft quack in an even tone. All of the duck breeds we have ever kept boasted females that sound like they are honking more than quacking.

The honking sound truly comes out more when the female ducks are agitated or excited.

Whether you are raising ducks to grow your flock or to lay eggs, the characteristics during breeding season should help give the sex away.

During the breeding season, some varieties of drakes develop tiny red freckles on their bills. Mature drakes will sometimes put on elaborate displays to garner their attention.

A drake throws his head back and kicks at the water wildly while swimming to coax the ladies to choose him as a mate.

Drakes in some breeds will hold both their heads and tail up and erect while floating around on the water to show off their most attractive selves to the females in the flock.

A female reciprocates head bobbing initiated by a drake it swims over to and positions itself in front of to entice her to accept his desire to mate.

Drakes also often engage in a nod swimming motion just before mating. He swims only a short distance with his neck laying low against the water level and his body as flat and close to the water as possible.

It is not uncommon for a drake to show this behavior both before and right after mating. 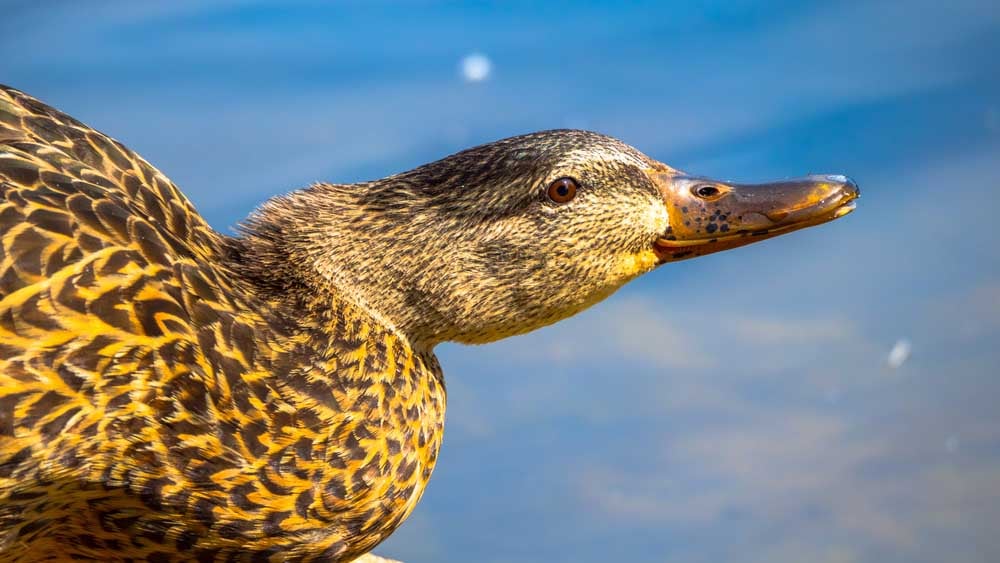 Male and female ducks of some breeds boast bills that differ in size, color, or shape.

If you are keeping ducks from a breed with bill distinctions, do not expect to be able to notice any actual differences until a duckling is at least two months old.

While the differences in the duckbills vary by breed, some males are prone to orange or orange-brown bills, and males are more likely to have green accounts.

If bills are the same color, the shape or size of the bills can still be different.

With Muscovy ducks, for example, the male has a bill that is straighter, wider, and noticeably flatter than those on females of the same breed.

A hen of this breed typically produces a curvy, narrow, platypus style bill and has a distinct ridge in the middle.

When hatched, both Fawn and Black Runner ducks have dark bills, but once they begin to grow and age, the common differences noted above start to appear.

Both male and female Abacot Rangers have green bills, but the hens of this breed are dark green, and the drakes have accounts in a lighter green hue. 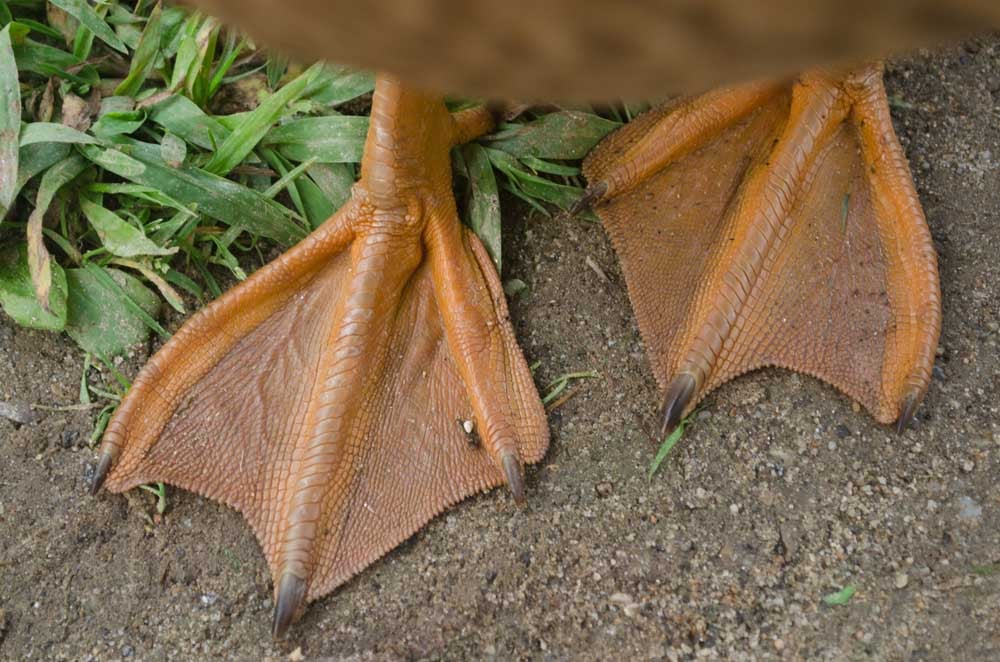 Pay attention to the waddling habits of your duck to help determine their sex. Long before you can tell a male duckling from a female based on plumage, bills, or even body size difference, their feet might offer clues to their sex.

The feet of male ducklings are often disproportionate to their body size. Male ducklings often get their feet crossed when walking about more than females and have bulkier legs than females.

The stationary stance of a male duckling also tends to be broader than that of a young female.

Female ducklings are often more active than the future drakes. Maybe the little female ducklings move about more frequently and quickly because they do not usually have the same issues with disproportionate feet.

When the ducklings are only a couple of weeks old, the differences in activity levels can become apparent.

Any ducklings who seem to prefer lounging about most of the day or look lethargic compared to some of their peers are likely male ducklings.

Being able to sex a duck properly aids breeders and small-scale keepers plan flock increases with a healthy male to female ratio  – and expand the coop and run, if necessary. 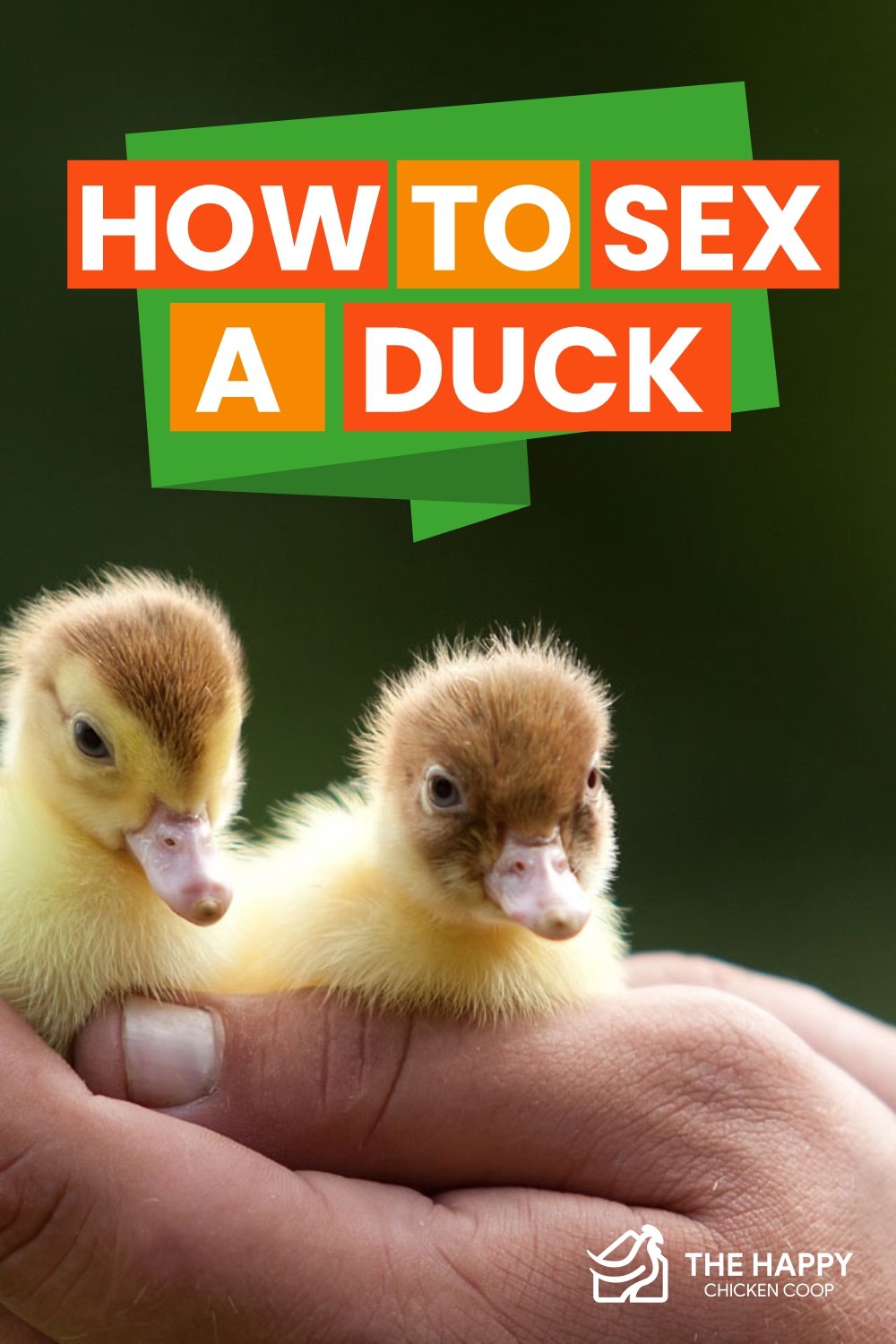