Nubian Goats: Everything You Need To Know 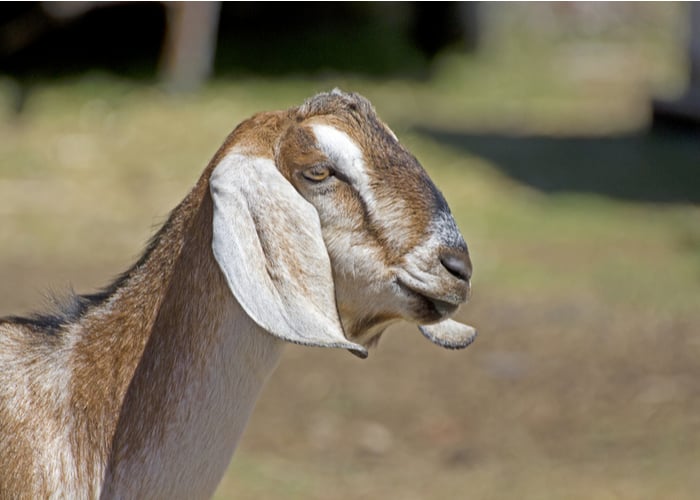 Nubian goats were once primarily raised as dairy goats, but once their superior milk-producing abilities were fully realized this breed soared to the top of the dairy goat breed list.

Even though the vast majority of Nubian goat nannies produce a smaller daily amount of milk than many other top dairy goat breeds, they still top most “must-have” lists for both hobby and commercial dairy farmers.

The Nubian goat is perhaps the most identifiable of any breed. Their long and floppy ears are quite distinctive and allow even newbies to the goat-keeping world to quickly realize identify them.

Nubian goat milk boasts the highest butterfat content among most standard-size breeds. Their milk is surpassed only by the standard size Boer goat. And by two miniature breeds, the Nigerian dwarf and Pygmy goats in fat content and overall sweetness of flavor.

With the exceptions noted above, Nubian nanny goats generally produce 5 percent more butterfat-rich milk than all other breeds.

To put this difference in butterfat content into better perspective, the percentage difference is typically twice that of 2 percent milk sold at your local grocery store.

It is both the butterfat content and general sweet taste of Nubain goat milk that makes it exceptionally good to use in the cheesemaking process.

Milk from Boer, Nigerian dwarf, and Pygmy goats is far less likely to be used to make cheese, at least at the commercial level, because the butterfat milk content is so high – and some say less flavorful.

Nubian nanny goats are capable of producing between three-fourths of a gallon to one gallon of milk daily.

Nubians may be the oldest known goat species in the world. This heralded dairy goat breed hails from Great Britain. During the nineteenth century, Anglo-Nubian goats were crossbred with lop-eared goats from India, North Africa, and the Middle East.

The work of French farmers with lop-eared goats from these noted regions may predate the husbandry and cross-breeding engaged in by the British. The first Nubian goats imported to England occurred in 1883 via Paris, France.

The French breeding pair of Nubians were named Aida and Arabi Pasha. Because no quarantine or other import restrictions relating to the introduction of foreign livestock existed at the time.

Affluent British goat breeds simply went down to the boat docks and purchased any goats that were not used for meat or milk during recently ended trips – or from sales savvy ship captains.

English settlers brought Nubian goats with them when traveling to the new world. The goats were used by the settlers as their main source of both meat and milk on the journey across the ocean.

During their initial months in what would become the United States of America. It was not until 1896 that the Anglo-Nubian goat was officially established.

Nubian goats did not become an officially recognized breed in the United States until 1913.
The breed name stems from the spot where original lop-eared goats were raised.

This was in the desert region of Nubia in Northern Sudan. Because of the cross-breeding, it took to develop the goats we know as Nubians today.

Some breeders think the name really no longer fits this type of goat.

Nubians are known to be especially bright and curious goats. These charming lop-eared beauties boast incredibly friendly and docile personalities.

Due to their amicable nature, Nubian goats are often kept not just for milk-producing purposes, but for farm pets, as well.

Nubians are not just friendly and easy to handle, most are also outright sociable creatures that seem to thrive on interaction with both each other and the humans that keep them.

This goat breed likes to stroke and is stroked on the sides of their heads and necks.

Thanks to their sturdy physique and overall smarts, Nubian goats have been used to both pull carts and as saddle pack animals.

Those are the many upsides associated with keeping Nubian goats – now for the downside. If you live in a suburban area or on a small homestead with neighbors who are not also homesteaders or farmers, this top dairy goat breed could cause major problems.

If a Nubian goat is thirsty, hungry, cold … you get the point. Not only will a Nubian bleat, but it will also bleat loud enough so everyone with a quarter of a mile will hear it.

Multiple this loud bleating by the number of goats in your herd and then think about the reaction of your most fussy neighbor, BEFORE purchasing a single Nubian goat.

If you goat herd is going to free-range, expect to find them frequently at your back door “crying” to come in or at least get your attention.

Note if you live in a place that has restrictions on keeping roosters or limits the number of farm animals that you can keep.

This can be based on either location of the barnyard to property boundaries or by the number of acres.  If so, keeping Nubian goats could actually land you in legal hot water for disturbing the peace.

Nubian goats are kept in nearly every climate the globe can throw at them. Because this lop-eared goat breed hails from Africa and the Middle East primarily, they are extremely hardy in hot climates.

Their origins also typically provoke a more lengthy breeding season, a boon for both breeders and dairy farmers.

The ability to produce milk essentially year round is yet another reason Nubians are favored by dairy farmers. Goats of this breed live to be between 15 to 18 years old, on average.

Both bucklings and doelings in the Nubian goat breed mature enough to reproduce when they are only 7 weeks old – but mating at this young age is strongly inadvisable.

Breeding goats too young can lead to tough to deadly kidding, stillborn kids, as well as chronic health problems for both the new nanny and her kids.

A doe should not be bred until she is at least 8 months old and weighs in at a minimum of 80 pounds, for best results. Neither bucklings nor doelings hit their full mature size and development until they are two years old.

A doe will not hit her full milking ability until this age, as well.

Nubian goat breeding season is typically considered to last from July through December. The gestation period for this goat breed, as it is with most others, lasts approximately 150 days.

Nubian nanny goats are generally extremely adept and affectionate mommas. While they can give birth to as many as five kids at one time, a kidding of two to three baby goats is far more common.

This is an exceptionally strong goat breed, even though they are not known to be intense escape artists like some other breeds, they will still need a sturdy pen or nighttime stall – if free-ranging.

Because Nubians are such sociable goats and will let you know loudly if they are not happy.

Make sure to provide climbing and tunnel “playthings” to prevent boredom and bad behavior if the goats are not free-ranging on a farm with diverse terrain.

Related Articles:
All About Nigerian Goats
All You Need To Know About Goat Breeding
Keeping Goats As Pets 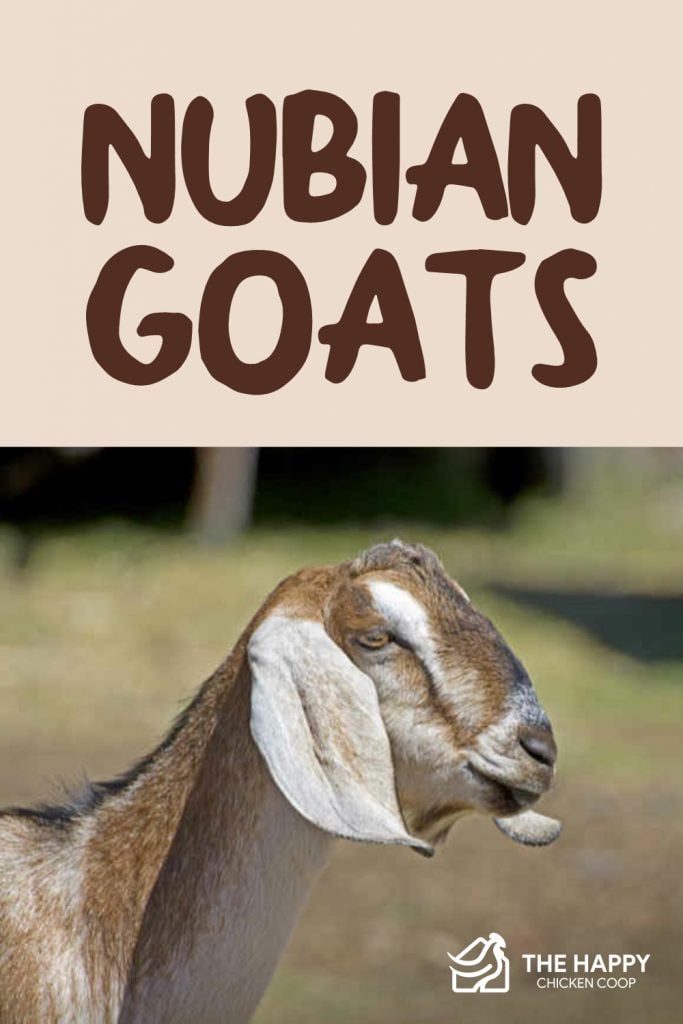 4 thoughts on “Nubian Goats: Everything You Need To Know”