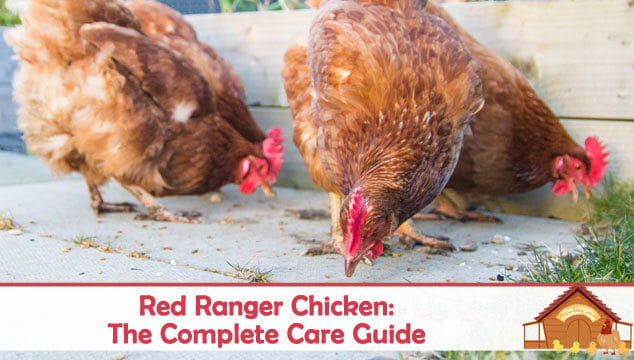 The Red Ranger has become quite popular as a dual purpose backyard breed. It is primarily a meat bird but does lay eggs if it is allowed to.
We have received a couple of inquiries regarding this particular bird, so here is what we have discovered about this personable little chicken.
Technically they are not actually a breed, but instead a hybrid chicken created by the poultry industry for improved egg laying and meat.
Keep reading this article to learn if the Red Ranger is the right chicken for you. We discuss how to care for them, expected egg laying and much more…

Background and Overview of the Red Ranger 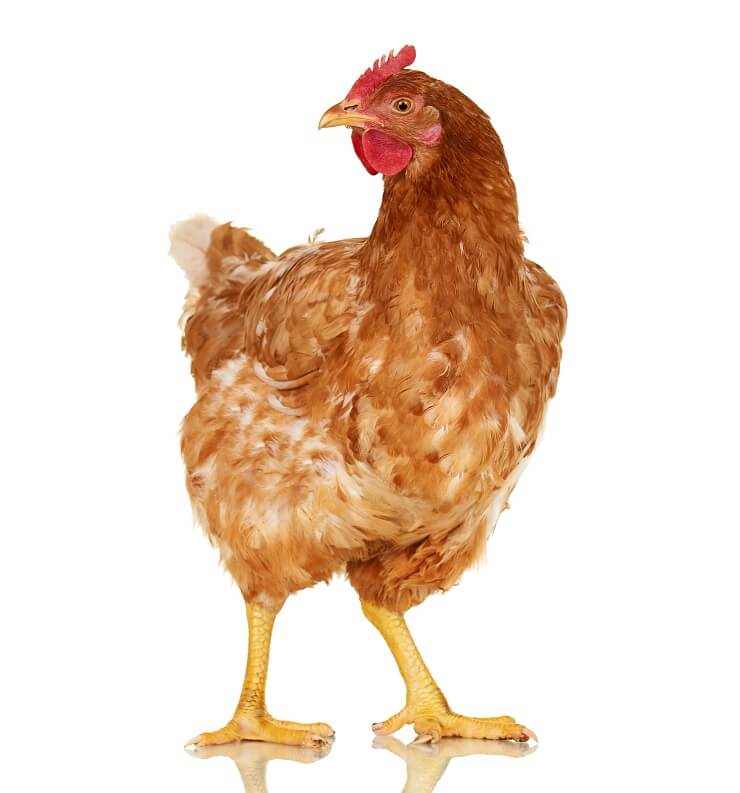 The Red Ranger is a type of red broiler.
They were introduced to the market as ‘niche fillers’. Many people did not want to wait 6 months in order to butcher heritage dual purpose breeds, but neither did they want to raise bland Cornish Rocks for meat.
Specific information about the Red Ranger is as rare as …well, hens’ teeth.
This is a composite bird, the parents of which can only be speculated about – there is no firm information about the genetics or lineage of this hybrid bird. These birds were built to lay more eggs and grow more meat than the standard backyard fowl of the day, more bang for your buck as it were.
They likely took the best layers of the day – Rhode Island Reds, New Hampshires and others and crossed them with the best meat birds – Cornish Rocks, Delaware and perhaps others too.
Working with these and other breeds they have managed to improve not only egg laying but table quality by having a slower maturing bird. 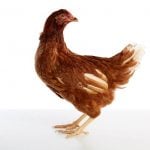 They are generally known as a dual purpose bird.
However they are slightly more of a meat bird than a laying hen.
They start laying eggs at around 16 weeks old, and, once fully grown, will give you 3-4 light brown eggs per week.
As far as broodiness goes, they are not renowned for going broody and will not breed true anyway due to their hybrid genes. 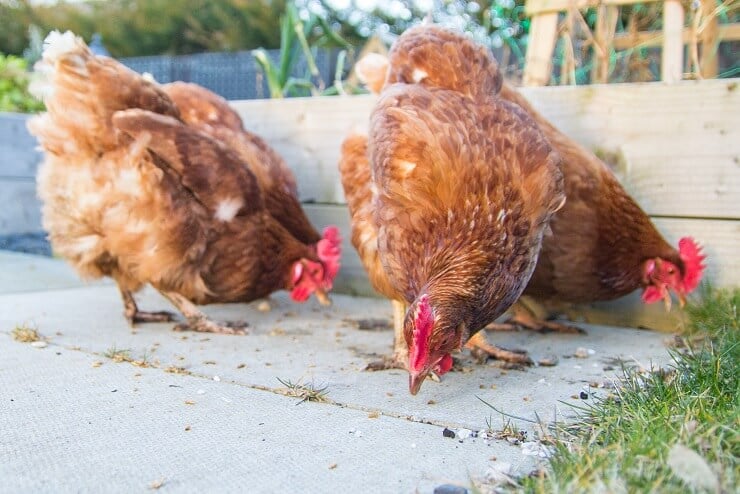 As this bird is a hybrid, there is no recognized official standard.
Appearance
As implied from its’ name, the Red Ranger is red in color – not the deep mahogany of the Rhode Island Red but a lighter shade of honeyed brown.
The body is a solid rectangular shape and their yellow legs are very muscular and strong. The breast is not so well developed leaving some to complain about the lack of breast meat (if raising for meat).

Confusion with Other Breeds

The Red Ranger is often confused with other breeds of similar names – Rainbow Ranger, Freedom Ranger, Dixie Ranger, Pioneer and Gingernut Ranger to name a few.
The Freedom Ranger is slightly different in that it is a trademarked ‘item’.
Essentially, they are all red broiler birds but they come from different hatcheries and therefore have a variety of names. Certainly, they all look pretty much the same and it would be difficult for most people to tell the difference between them.
Hatcheries have learned over time that calling a bird by a more personable label than ‘red broiler’ or product ‘T 143’ attracts more people to the breed!

This is a pretty healthy bird despite being known as a dual purpose broiler breed.
Usually, the older types of broilers (especially the Cornish Cross) have all sorts of problems if they are allowed to grow to full size. In fact, many die from heart failure and other such issues before adulthood.
The rapid growth and weight are not sustainable and the bird will die from its body’s inability to sustain it.
However, with the Red Ranger and other newer hybrids, they appear to not have those issues. Folks who have raised them have kept them for up to two years without noting any significant health issues.

In general, meat birds require a different feed to laying hens. The protein content needs to be higher since they are growing at such a fast rate.
Since Red Rangers are more akin to dual purpose birds, use chick starter/grower for the first 16 weeks and then it would be acceptable to give them 20% protein, especially if they are free ranging.
In addition to their pellet feed, you can also give them a variety of treats.

Is the Red Ranger Right For You? 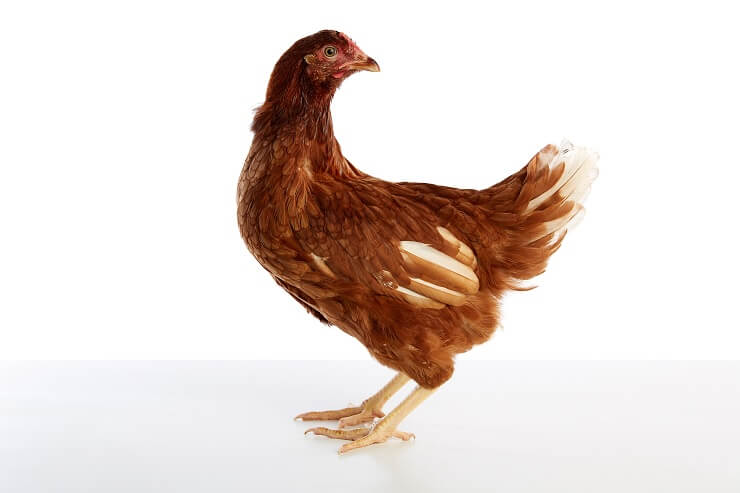 If you are looking for chickens that will lay eggs for you at a reasonable rate and can later be used as table fare, the Red Ranger could be your bird.
They are often compared to the Cornish Cross as a suitable replacement for a meat bird.
Cost wise, the Ranger will cost a little more in feed, but not that much. Although they may live longer, they do free range and gather much of what they need from ranging.
While the Cornish Cross will sit by the feeder and gorge themselves into a food coma, the Red Rangers actually prefer to be out and about foraging for food – and they do a pretty good job of it too.

If you prefer a meat bird that has had the luxury of a somewhat normal existence, the Red Ranger will do you nicely.
In Continental Europe there has been a huge move away from the fast growing birds. People have become more aware of how inhumanely many of the fast growing chickens were treated and have actively campaigned against such treatment.
The Ranger will live a relatively normal chicken lifestyle.
However, if you prefer to keep your chickens a little longer than a few months, perhaps the old dual purpose chickens will better suit your needs –at least you will know that you will be getting eggs too.
All in all, they are a good choice for a dual purpose hen, the only drawback being the fact that they don’t breed true – but I suppose you can’t have everything!
Have you kept Red Rangers before? Let us know in the comments section below… 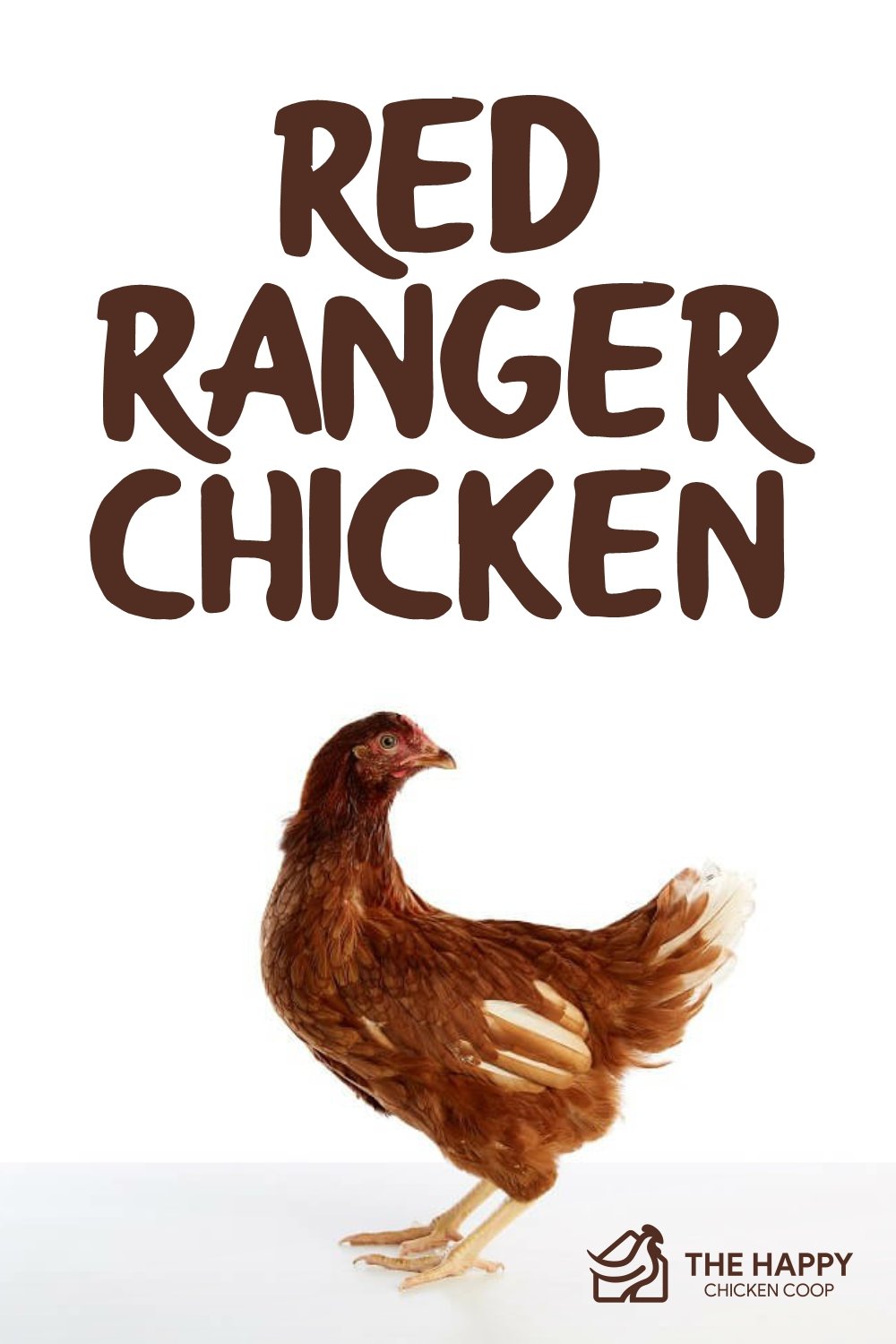