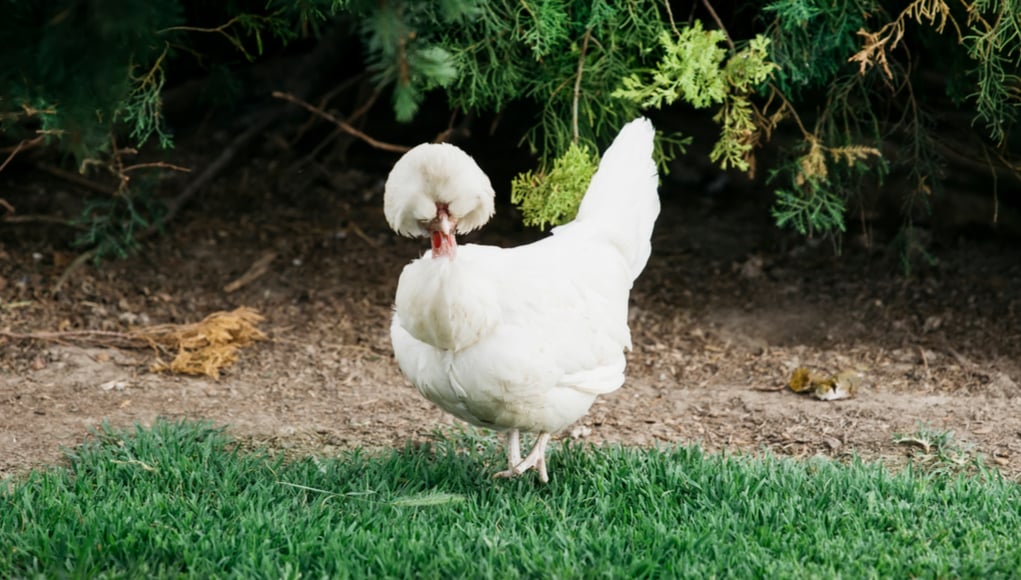 These chickens are known to be good layers of eggs, and they are also considered to be good meat birds.

If you’re looking for a unique chicken breed to add to your flock, the Sultan may be a good option for you!

The Sultan chicken is a hardy bird that originated in Asia. It was developed in the late 19th century in what is now Turkey.

Some poultry experts speculate that the breed was created by crossing two existing breeds: the Sebright and the Yokohama.

The resulting chickens were known for their distinctive crests, which resembled the turbans worn by Ottoman sultans.

The Sultan quickly became a popular pet chicken, and it was exported to many countries in Europe and North America.

In Turkey, the breed is now known as “Serai Tavuk” or “Serai Taouk.” The breed is popular with the royals and was once kept in royal gardens, where they were referred to as “Sultan’s Fowl.”

The Sultan was first introduced into the United States in the early 1900s. This breed quickly became popular due to its beauty and uniqueness.

Although it fell out of favor in the mid-20th century, it has been making a comeback in recent years as more people develop an interest in raising pet chickens.

Today, Sultan chickens are once again prized for their unusual appearance and docile personality. 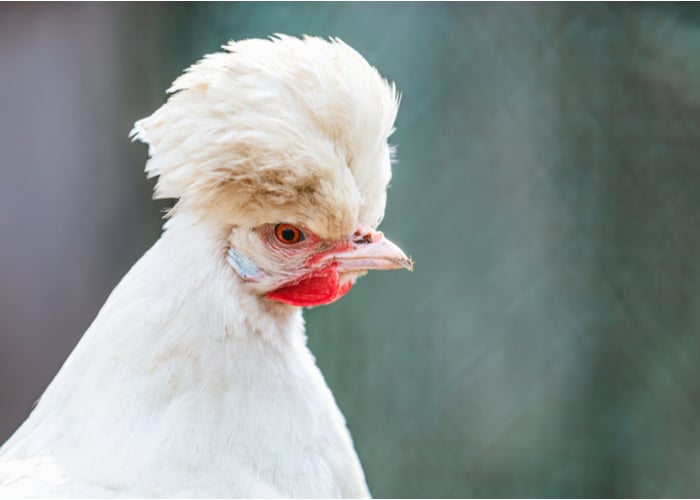 The Sultan chicken is a beautiful bird that is characterized by its long, flowing feathers.

They are most often found in shades of white, but it can also be found in other colors, such as blue and black.

The Sultan chicken is a very popular breed of chicken, and it is often used in shows and competitions.

The Sultan chicken breed is an excellent bird for people who are looking for a pet that is both beautiful and unique.

Sultan chickens are a rare breed of chicken that is known for its distinctive physical appearance.

Aside from the trademark crest and tuft of feathers on its head, the most notable feature of this breed is its five toes, which is more than any other chicken.

This attribute is thought to be the result of a genetic mutation.

Sultans are also characterized by their relatively small size and their gentle nature. These birds usually reach only four to five pounds, which is the size of bantams of other chicken breeds!

There is only one recognized color variation of the Sultan chicken (the white) although there are many “unofficial” hues that aren’t recognized by various poultry associations.

The other colors are the result of crossbreeding with Polish chicken breeds.

They make excellent pets. Although they are not the best birds for meat production, their feathers are quite valuable.

If you’re looking for a friendly and low-maintenance chicken, the sultan is a great choice. These birds are known for their docile personalities, and they do well in small spaces.

Sultans are also known for being good mothers, and they will often go broody (meaning they will sit on a nest of eggs to incubate them).

However, Sultans are not the best egg layers. So if you’re looking for a chicken that will provide you with a steady supply of eggs, you may want to consider another breed.

But if you’re just looking for a pet chicken that is friendly and easy to care for, the Sultan is a great option. 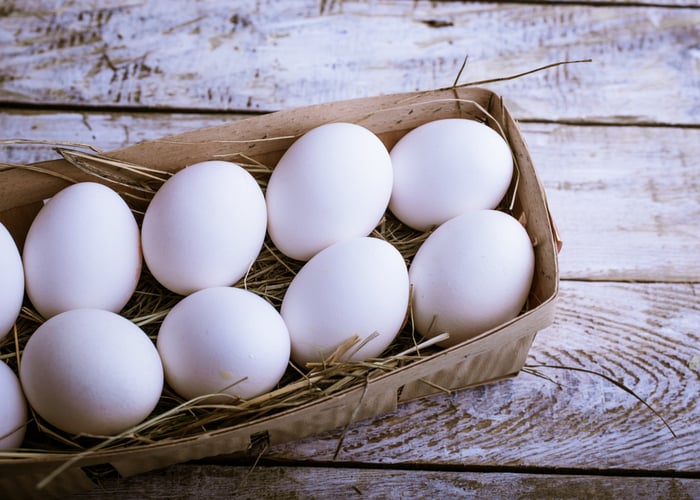 The Sultan chicken is a gorgeous bird that is known for its striking plumage. While they make great pets, many people wonder if they also lay eggs.

The answer is yes! Sultan chickens are not excellent egg-layers, but they can produce around 50 to 100 eggs per year. The eggs are medium-sized and have a rich white color.

If you’re looking for a chicken that will provide you with a steady supply of fresh eggs, the Sultan chicken may not be a rockstar, but it can certainly provide for some of your family’s eggs.

Can You Raise Sultan Chickens for Meat?

Chickens are a popular choice for backyard poultry, and there are many different breeds to choose from.

While some people prefer to keep chickens for eggs, others choose to raise them for meat.

However, Sultans are a heritage breed that is known for their lean, tender meat. The Sultan chickens were once raised exclusively for meat because they had large, tender breasts.

This eventually led to the crossbreeding of the oldest Sultan chicken breed variation with various Polish breeds.

If you’re looking for a chicken breed that is suited for meat production, the Sultan is an excellent option to consider. 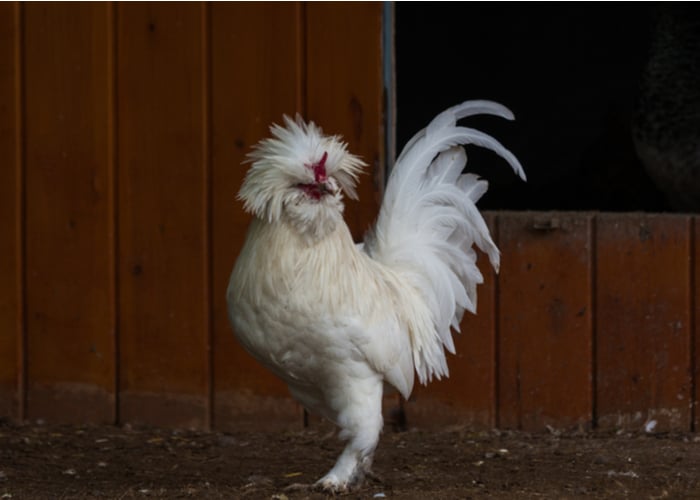 Sultan chickens are a unique and beautiful breed of chicken that originates from Turkey.

They are known for their large crests and voluminous plumage, which can make them quite a striking sight.

Unfortunately, this unusual appearance comes at a cost, as Sultans are susceptible to a number of health problems.

One of the most common issues is respiratory problems, due to the chicken’s large crest blocking its airway.

In addition, the thick plumage can make it difficult for the Sultan to regulate its body temperature, leading to heat stress in warm weather.

Although this breed is still more heat-tolerant than other breeds of chickens, it’s important to make sure you provide plenty of shade and fresh drinking water in the heat.

You also need to keep an eye on the feathers, particularly those on the feet.

Additionally, the feathers can be a harbor for parasites, which can cause skin irritation and feather loss.

As a result, Sultan chickens require special care and attention in order to stay healthy and avoid potential health problems.

The good news? Sultan chickens have a smaller comb than most chicken breeds. While cold weather can be an issue, you don’t usually have to worry about frostbite on the comb due to its smaller size.

Sultan chickens are a breed that is known for its beauty, but there are some trade-offs that come with owning this type of chicken.

One of the biggest disadvantages is that Sultan chickens are not good egg layers. In fact, they often stop laying eggs altogether once they reach a certain age.

This can be frustrating for owners who are looking for a consistent supply of fresh eggs. Even at the peak, Sultan chickens will usually only lay an egg or two each week.

Aggressive Toward Other Chicken Breeds

Additionally, Sultan chickens can be aggressive with other birds. While they aren’t aggressive towards humans, they are known to attack other chicken breeds.

This can cause problems if you have a mixed flock of chickens.

Flighty and Not Good at Foraging

Sultan chickens don’t do as well in colder climates.

They aren’t good at foraging for themselves or defending themselves. Their extensive feathers simply get in the way of any productivity!

If you choose to raise Sultan chickens outdoors, you will need to have a tall fence erected.

Not only are Sultan chickens not the best at defending themselves, but they are also flighty. They can easily get over a short fence, so safeguarding your free-ranging area is essential.

That said, if you are planning on raising a chicken as a pet or for exhibition, this is a good breed to consider. It has an attractive, ostentatious appearance that helps it stand out easily from the crowd.

Finally, Sultan chickens require more care than other types of chickens. Their feathers are delicate and easily damaged, so they need to be kept in a clean and spacious coop.

Another benefit? Sultan chickens love humans. While they can be aggressive with other chicken breeds, they enjoy being held and petted by their human companions, especially if you have treats!

Overall, Sultan chickens make beautiful pets but they require more time and effort than other types of chickens.

How to Raise Sultan Chickens

Sultan chickens are a breed of chicken known for their beautiful crests and feathers. If you’re thinking about raising Sultan chickens, there are a few things you should know.

However, they do require more space than other breeds of chicken, as their extensive feathering can make it difficult to maneuver in smaller spaces.

Additionally, Sultan chickens are not as cold or heat-tolerant as some other breeds.

So they may need access to shade and cool water during hot summer days and extra insulation in the winter. These are some really fair-weathered chickens, to say the least!

During molting, you may need to provide your Sultan chickens with extra protein.

Because they have more feathers than other birds of other breeds, it takes more energy to grow those feathers back when they lose them each year.

With proper care, Sultan chickens can make a lovely addition to any flock.

Where to Buy Sultan Chickens

If you’re lucky enough to find Sultan chickens for sale, there are a few things to keep in mind.

First, make sure that the seller is reputable and has a good reputation for selling healthy chickens.

Second, Sultan chickens are relatively expensive, so be prepared to pay a bit more than you would for other breeds of chicken.

Finally, Sultan chickens can be difficult to find, so it may be worth contacting a local breeder or contacting the American Poultry Association to see if they know of any breeders in your area.

In The past, Sultan chickens were often crossed with Polish chickens (and other similar breeds, like Silkies).

If having a purebred chicken doesn’t matter much to you, then you don’t need to worry about this.

But if you’re trying to maintain a genetically pure line, you’ll want to make sure you’re getting a registered chicken that meets the breed standard.

With a little patience and perseverance, you should be able to find the perfect Sultan chicken for your flock. 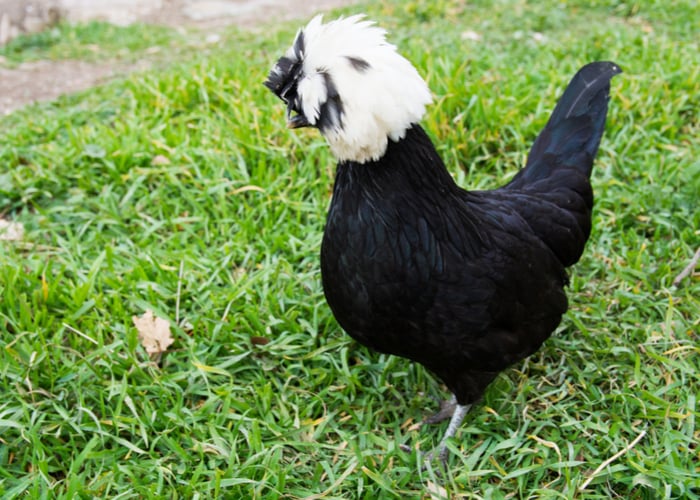 Is the Sultan Chicken Right for You?

When it comes to choosing a pet chicken, there are many factors to consider. One important consideration is whether or not the chicken will be compatible with your lifestyle.

if you’re looking for a low-maintenance chicken that can provide you with a few eggs here and there, the Sultan chicken may be a good choice for you.

Sultans are an affectionate breed that is known for being both friendly and docile.

They are also fairly quiet, making them a good choice for urban dwellers who don’t want to deal with the noise of a rooster.

The feathers can be both a blessing and a curse. If you plan on raising chickens for exhibition, Sultan chickens are some of the best.

They’re standouts in the beauty department, that’s for sure!

But if your goal is to raise a productive flock of chickens for eggs and meat, then you may want to pass on the Sultan chicken.

Sultan chickens are a beautiful breed that can be used for both meat and eggs.

They are also attractive birds that are good with kids and great for the exhibition circle. It takes some extra work to keep the Sultan chicken breed looking fabulous, but it’s worth it!

What do you think? Is the Sultan chicken right for you? Now that you have the information you need, you can make a decision for yourself.