Magpie Duck Breed: Everything You Need To Know 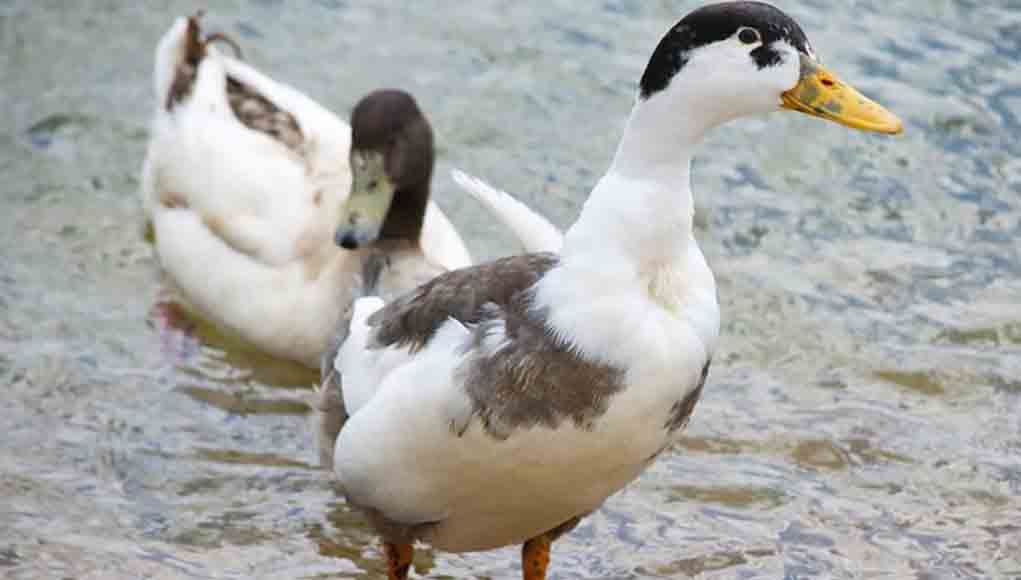 Magpie ducks are not necessarily as popular or well known as the Pekin, Khaki Campbell, or even the Indian Runner breeds. Still, they do have an extremely devoted keeper and breeder community.

The hens of this breed are proficient layers of quality eggs. Both hens and drakes (mature male ducks) are excellent meat birds – if keepers can stand to butcher these incredibly adorable and friendly ducks.

M.C. Gower-Williams and Oliver Drake – both of Wales, are believed to have been the original creators of the Magpie duck breed in the 1800s.

Magpie ducks were first imported into America by Michigan farmer Isaac Hunter in 1963.

The American Poultry Association did not recognize Magpies as an official breed with established standards until 1977.

Black and White Magpie ducks were first recognized by the association, followed by Blue Magpies a few years later.

The average lifespan of a Magpie duck is 8 to 12 years. 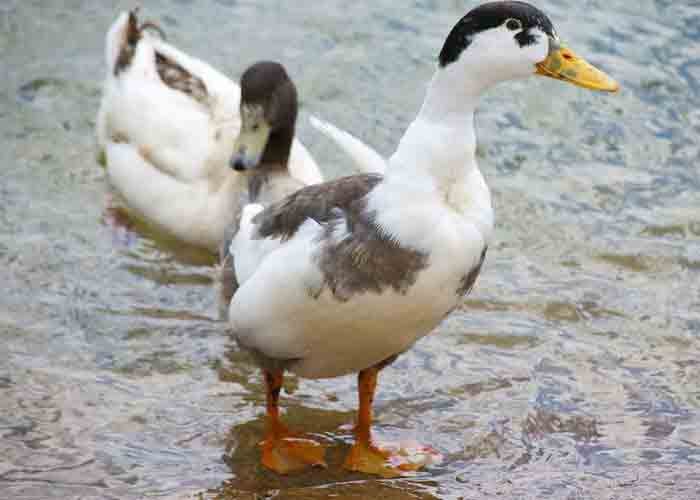 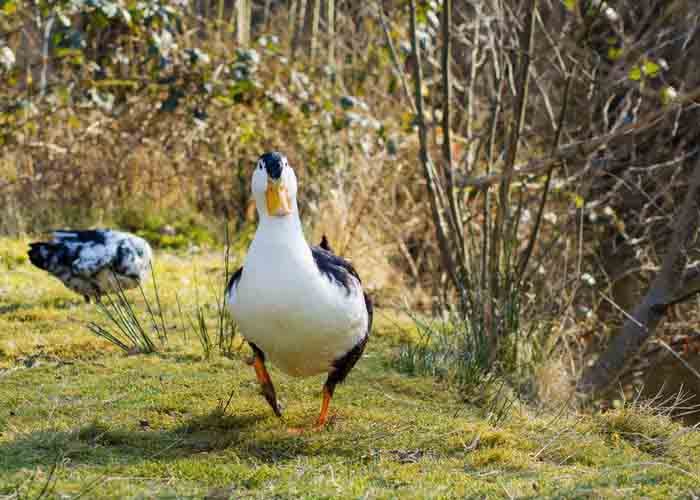 Magpie ducks have the exact basic needs as all other duck breeds: constant access to clean drinking and swimming water, clean bedding, a duck house or coop that protects them from the elements, and a protective run to spend time in when not free-ranging.

Ducks of this breed can also eat standard poultry bird feed. A game bird feed will infuse more protein into their diet during the cold weather months when foraging for a protein source is far more complex in most climates.

Magpies can also eat waterfowl feed, layer feed, and chick starter as ducklings as long as it is not medicated.

Waterfowl starter crumbles will offer the highest level of nutrition for ducklings, but they can be tough to find at agriculture feed stores – particularly in rural areas.

Ducks of this breed will avidly forage for about two-thirds of their own dietary needs when given ample room to free-range and a pond to swim in daily. 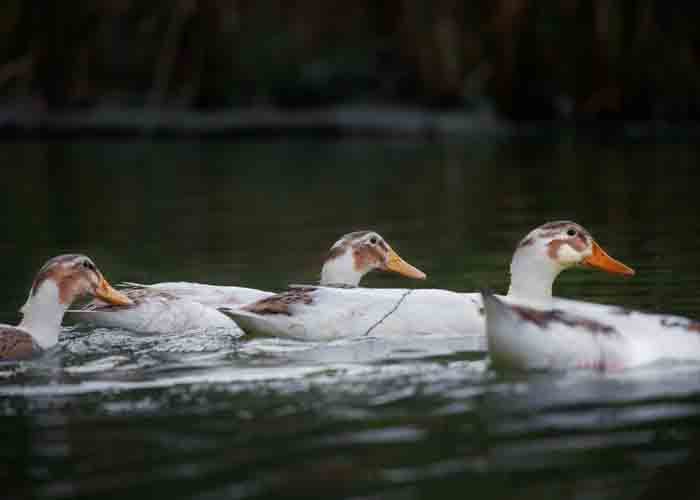 The friendly demeanor and easy-going nature of Magpie ducks make raising them with other breeds, guineas, and chickens a simple task.

Some folks firmly believe you should not raise ducks with chickens or other breeds for fear of unintended cross-breeding. I am not in that camp.

I’ve always raised multiple duck breeds together and have found that birds prefer to stick to their own as long as a drake and hens exist in all species.

I had hoped some cross-breeding would occur between my Pekins and Khaki Campbell ducks and between the Pekins and the Magpies to garner the best of the egg-laying, setting, and mother traits of each.

But after four years of intermingling various duck breeds and hatching copious amounts of ducklings, no cross-breeding has ever occurred.

The primary concern about raising ducks and chickens together is commonly fear that a mean rooster will attack a defenseless duck.

I have never had this happen, either. I kept the meanest rooster on the planet for over a year – he drew blood from anyone who went near him but me.

Yet, he never harmed a duck, duckling, or other bird in the flock.

When introducing any intermingling with a Magpie duck, it is best to do so slowly and allow the birds to see and hear each other for at least a few weeks without permitting them to have direct physical contact with each other.

I raise my birds together straight out of the brooder. They imprint on each other early and form one flock.

The introduction process should be done cautiously when bringing in new and different types of poultry, birds, and waterfowl.

Magpies can be somewhat hard to find and have a population number. Losing one to an attack would be a tragedy. 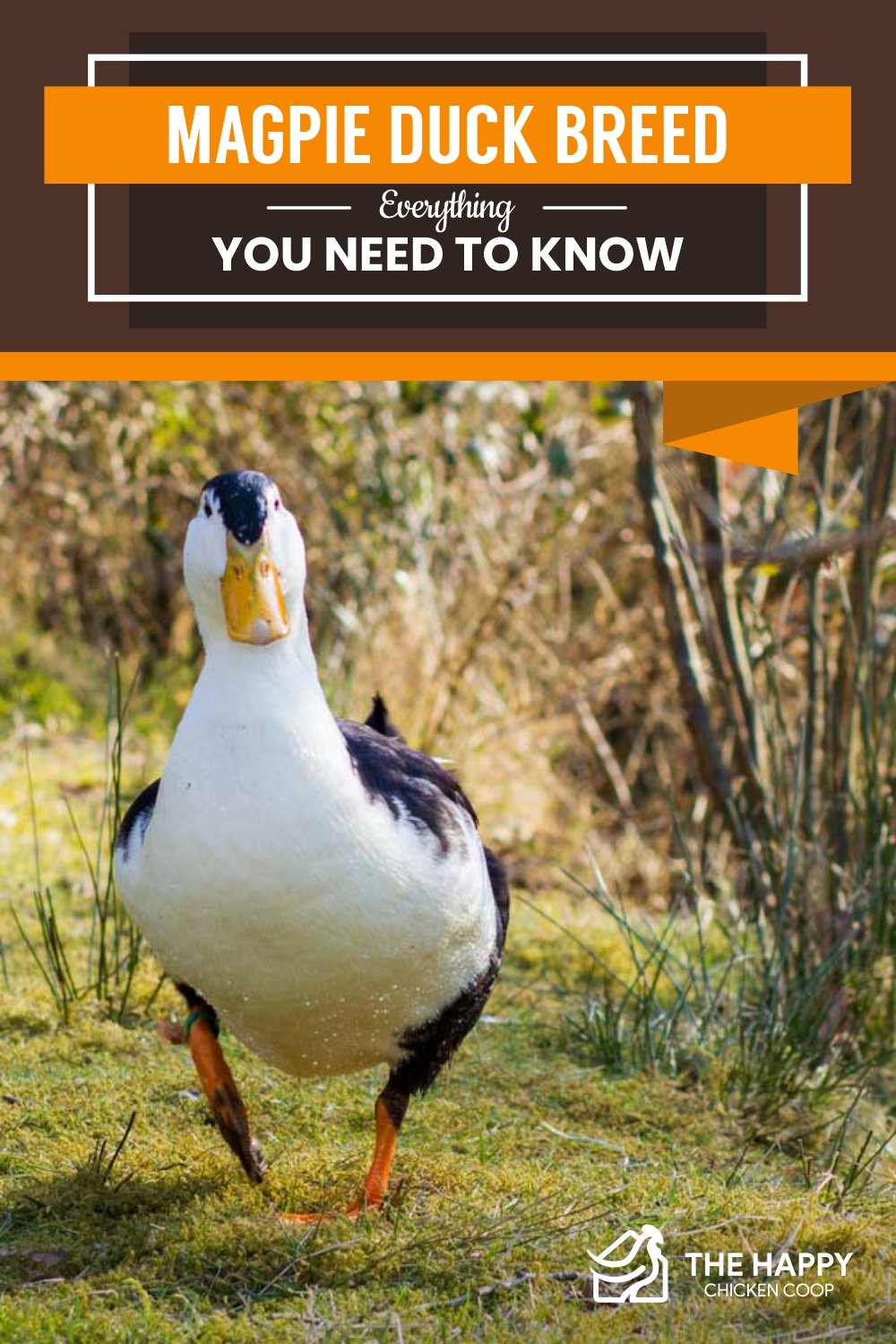