You are here: Home / Ducks / Khaki Campbell Duck: Everything You Need To Know 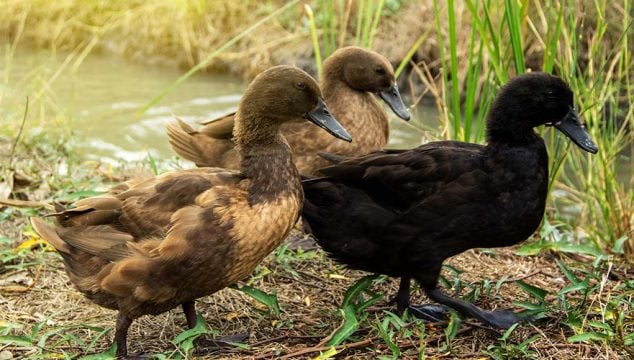 Khaki Campbell ducks are one the most popular domesticated breeds kept in the United States. This attractive breed was created by crossing Runner, Fawn, and Rouen ducks. Some historical accounts also indicate Khaki Campbell ducks were crossed with wild Mallard ducks, but some others do not.

They are a superb multi-purpose duck breed for both large and backyard homesteads. Khaki Campbell ducks are not only excellent egg layers, but sitters as well. This duck breed is commonly referred to as being a multi-purpose type of duck because it can successfully be raised for its delicious and moist meat also. 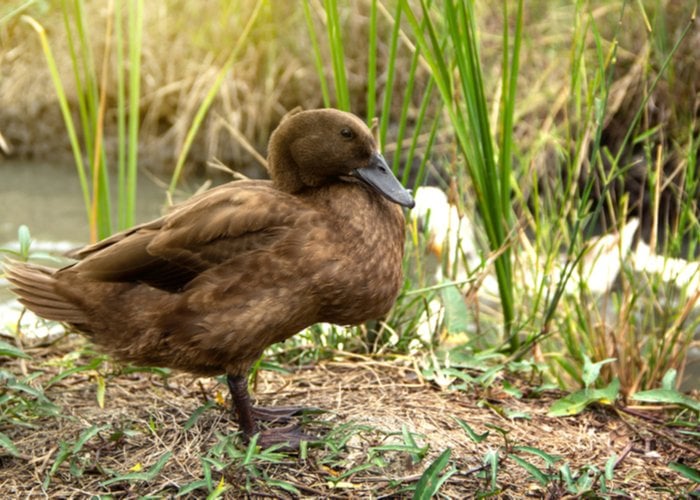 The Khaki Campbell breed was started in Gloucestershire, England during the latter part of the 1800s. Adele Campbell wanted to start a duck breed that would keep her family constantly supplied with roasted duck.

Initially Adele Campbell crossed her White Indian Runner and Fawn ducks due to their heavy laying abilities. Next Campbell bred the offspring of the first crossing with a Rouen duck. This second breeding was in an effort to create ducklings that had a larger body that more resembled that of a traditional meat duck.

This new duck breed was first introduced to the public at large in 1898 as the Campbell breed. During this era buff colored feathers were fad so Adele Campbell bred her original ducks with Penciled Runner ducks to create more fashionable plumage.

The color created did not exactly resemble a buff and caused Campbell to be reminded of the shades of British army uniforms. She named this new variation of the duck breed she created Khaki Campbell.

It was not until 1941 that the Khaki Campbell duck breed first made an appearance in the United States. The breed was ultimately recognized by American Poultry Association. The population of the Khaki Campbell breed initially remained stagnant or decreased in America. But, during the 1970s the breed made a resurgence when the “back to the land movement” was embraced by tens of thousands of Americans. After the Vietnam War when a wave of Asian immigrants came to the United States, and brought their love of duck eggs along with them. Another surge in the importation of Khaki Campbell ducks occurred due to the breed’s robust egg production reputation. 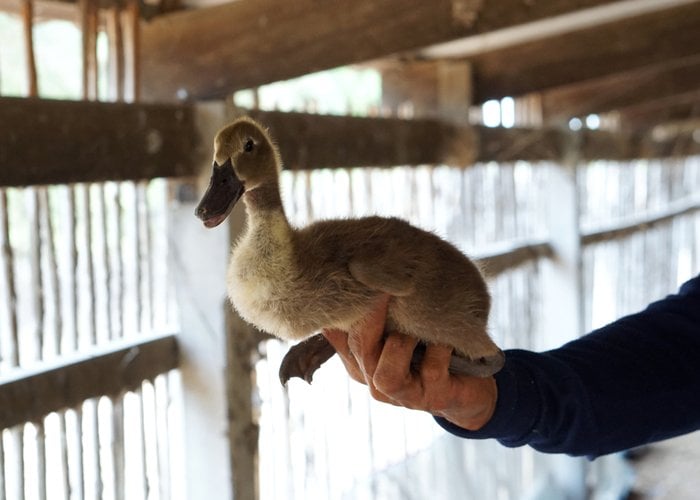 Khaki Campbell ducks somewhat resemble their Mallard ancestors. Their bodies are lightly covered in khaki plumage but their dark brown heads with a sometimes olive green cast quickly differentiate it from the wild breed.

The Khaki Campbell ducks also do not boast a white ring around the neck like Mallards. They come in four different shades: khaki, dark, white, and pied. Only the khaki shade of ducks are recognized by the American Poultry Association.

Members of this breed are a lightweight to medium weight duck and weigh between four to close to five pounds once mature.

Drakes have a green bill as well as legs and feet that are usually a shade of dark orange. The lower back, upper neck, head, and tail culverts are a brown to bronze shade and the rest of the male Khaki Campbell’s plumage are a mild khaki in hue.

Female Khaki Campbell’s have a head in a lighter shade of brown, typically a more golden yellow shaded bill, and feathers that are more uniformly brown in shade.

Ducklings, wether they are male or female, are dark brown to black with a small amount of white plumage in the breast area.

This breed is very environmentally hardy. Khaki Campbell ducks have been known to thrive in cold climates where the temperature dips below zero for even weeks at a time. They also live comfortably in humid and arid climates where the heat can hit upwards of 100 degrees during the summer.

Like nearly all domestic ducks varieties, Khaki Campbell ducks do not really fly. Occasionally a duck may be able to flap their wings enough to get a few inches off the ground and propel themselves forward for may one foot, but that is the extent of their flying capabilities 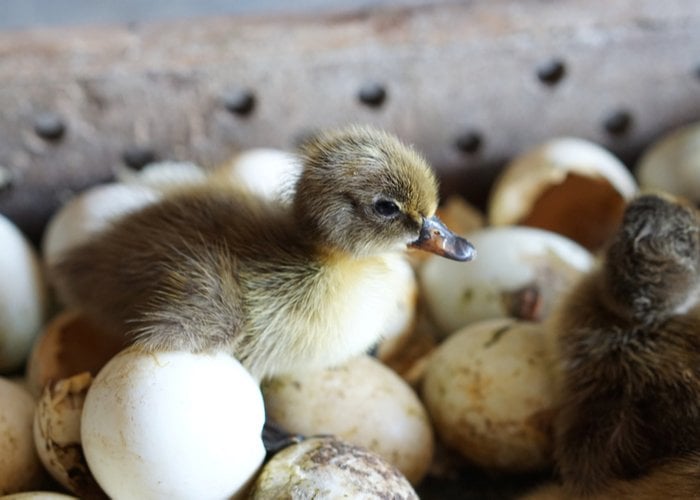 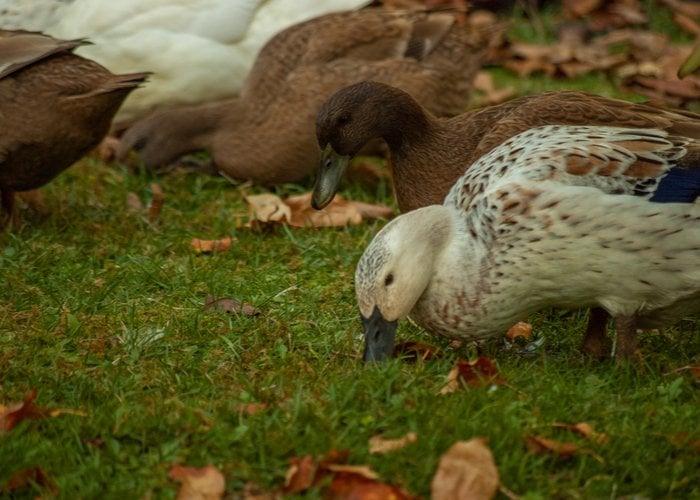 Khaki Campbell ducks do not require any specialized type of diet. They can be fed non-medicated chick starter as ducklings and either waterfowl, game bird, or chicken feed once they are at least three months old. Scratch style feed is not usually recommended for ducks due to a potential choking hazard, but crumble and pellet feed varieties of chicken feed as also commonly fed to domesticated duck breeds.

If kept in a duck house or coop and run environment the Khaki Campbell ducks (as well as any other duck, chicken, or guinea breed) will need to be fed grit to help them properly and safely digest their food.

Because they are such avid free rangers, Khaki Campbell ducks will help rid any backyard or property of slugs and other pesky insects that will cause itching and stinging of your family, or eat your garden crops.

Slugs are a favorite treat of Khaki Campbell ducks. They will root around in soil for an hour if they believe a slug might be hiding just out of their reach.

A sturdy and predator proof duck house or duck coop that includes clean and dry bedding along with proper ventilation will keep members of this avid egg laying breed healthy, happy, and producing food for your breakfast plate.

A water source of some type (baby pool, natural pond, or decorative small garden pond) will need to be included inside of the duck house run or in the daily free ranging environment.

A waterer that is filled and cleaned regularly also needs to be provided to the flock at all times – and kept from freezing during the winter months. One waterer for every four pen kept ducks is a good ratio. Ducks drink far more water than chickens and guineas and should not ever be left without clean drinking water for any longer than a maximum of eight hours. 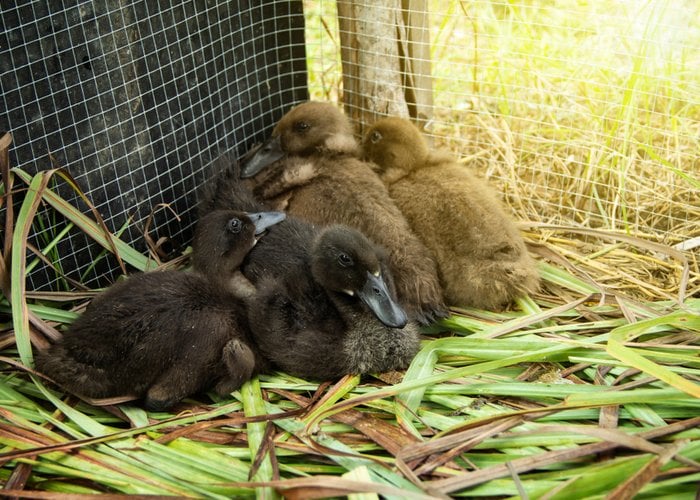 As with all other duck breeds, never expose a Khaki Campbell to swimming water until it is at least three weeks to two months old. Ducklings this young do not have the natural body oils which allow them to dry quickly and protect them from getting chilled.

Because Khaki Campbell hens have lackluster mothering instincts and can sometimes go broody with their eggs, incubating any eggs you want to hatch will likely be necessary.

It takes approximately 28 days for a Khaki Campbell duck egg to hatch either naturally or in an incubator.

Khaki Campbells are an attractive and docile duck breed that can be kept equally well in a duck house and run or free range environment. Keeping ducks of this breed entirely in a pen will not make them as happy as being able to roam in the grass for at least a few hours a day to satisfy their desire to hunt bugs.

Both drakes and hens tend to have good manners with other traditional barnyard critters and keepers of any age. Although they are an independent duck breed, that can become skittish if chased by children, which can lead to being shy or leery of their adult caregivers. 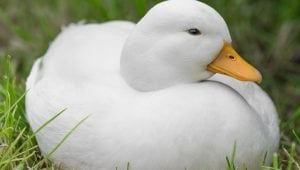 5 Best Small Duck Breeds To Own 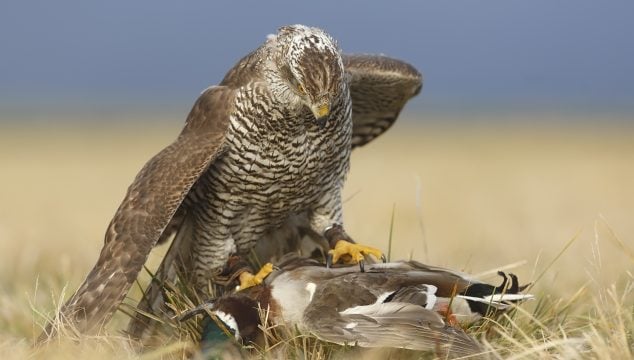 Top 7 Duck Predators: How to Know Which and Prevention