Indian Runner Duck Breed: Everything You Need To Know 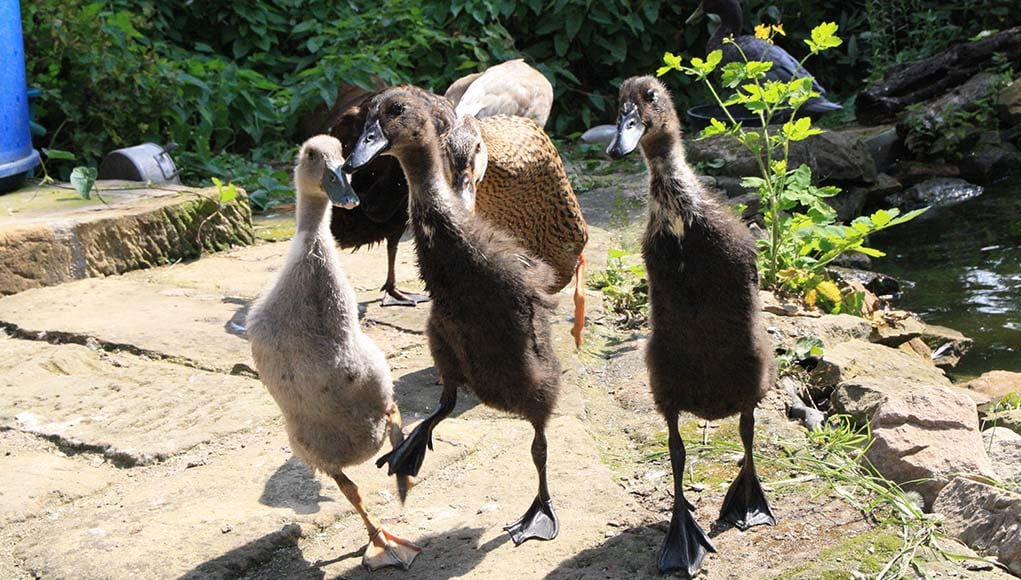 Indian Runner ducks boast one of the most distinctive body styles in the entire duck world. Members of this breed actually look a lot more like penguins or feathered bowling pins at first glance than either domesticated or wild ducks. But, unlike penguins they do not waddle and can actually run rather quickly.
When Indian Runner ducks were first imported to the United States they were often referred to as “Penguin Ducks.” Ducks of this breed are raised almost exclusively for their egg and not their meat production. Like most domesticated duck breeds the Indian Runner duck cannot fly.
These intriguing looking ducks live roughly eight to 12 years, on average when domestically kept. In the wild, Indian Runner ducks typically survive only two years. 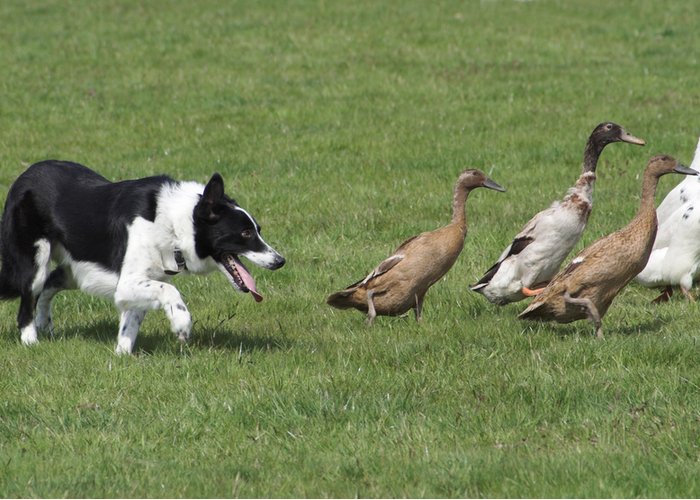 Indian Runner ducks have been known to exist for at least the past 200 years. In ancient Javan temples images that appear to look like the distinctive body style of this duck breed have been found. The etchings carved into the stones in the Indochina temple date back to about 2,000 years ago.
Members of this duck breed found their way from their native Indonesian islands to Europe during the 1800s. Duck herding in Indonesia was commonplace in the region, with thousands of Indian Runner duck roaming about the islands. Some of the first locations Indian Runner ducks were known to exist include India and Bali.
It was not unusual for a single duck herder to keep a flock of 1,000 Indian Runners. To move the massive amount of ducks to market the keeper would herd them long distance, walking along beside them. During the journey the Indian Runner ducks would find food to forage along the sides of the trail and especially in the rice fields they passed.
The clever herders would check diligently along the trail, making sure to check for eggs that could also be sold when reaching the market. Depending upon how remote the herder lived, the trip to the market could take up to six months. Only the most hardy of the Indian Runner ducks survived. This type of ancestry may have helped create the durable and disease resistant breed that keepers still rave upon today. 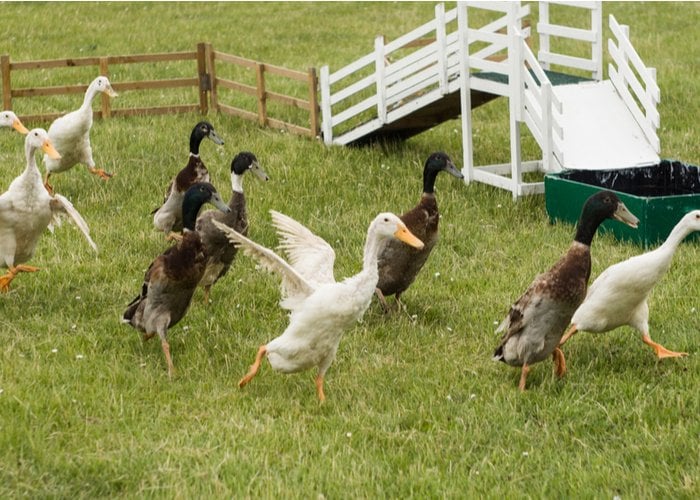 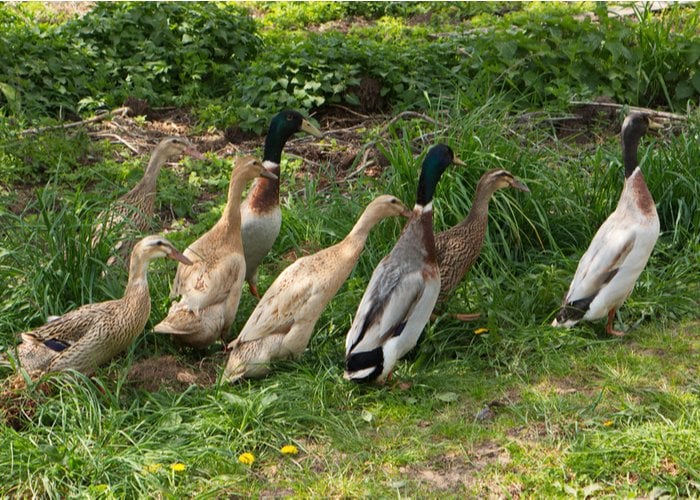 Indian Runner ducks are considered a “light class” domesticated duck breed. Even though these are on the small size for a traditional meat bird, the flesh to bone ratio is high and the meat is often deemed to be of a quality flavor that some think is similar to wild duck.
There is usually little fat on an Indian Runner duck. A mature hen or drake should possess enough meat to feed two people. 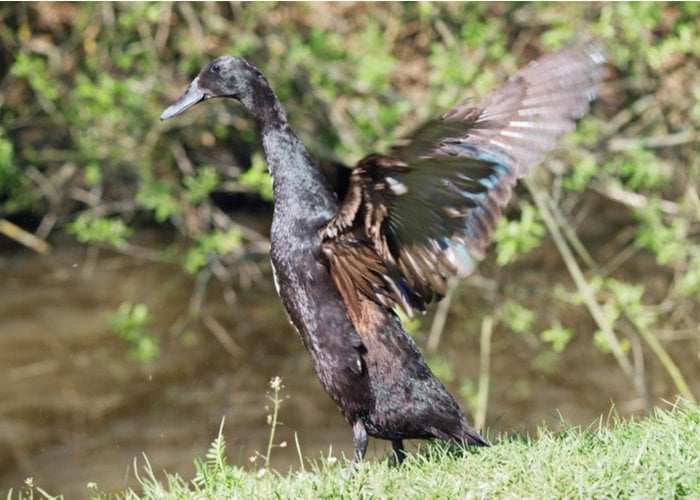 Indian Runner ducks are prone to being a bit timid or high strung at first, but when they feel safe and comfortable with their keepers and their environment members of this duck breed become quite social. Handling the ducklings frequently after they hatch can help deter this initial behavioral response. But beware, their enthusiastic and easy to panic personality traits of this breed has led to ducklings jumping right out of the incubator as soon as the lid is lifted and a human hand reaches inside.
While they are not as excitable or loud as guinea fowl, Indian Runner ducks can have an enhanced panic response and have been known to jump over barriers as high as three feet to escape a loud noise or other either perceived or real danger. Once free from an enclosed space, these ducks will rapidly scramble away from just about anything that does not resemble a duck when they are in panic mode.
Indian Runner ducks are perhaps one of the most fun breeds to just sit and watch when they are free ranging. They scamper about clowning around and frollicking in the water for hours – unless their bellies growl and it is once again back to foraging.