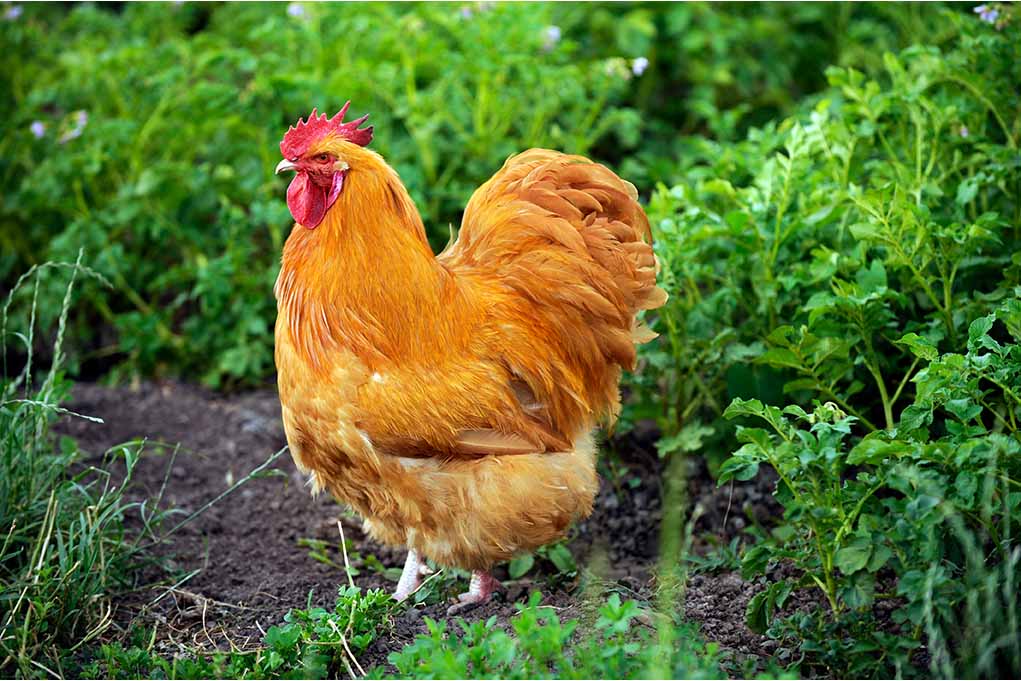 The Orpington has become a well-loved favorite among the chicken crowd – deservedly so. She not only lays lots of beautiful eggs but is generally a laid-back, quintessential backyard hen.

This breed was created in England turning the last part of the 1800s’ by a man who had a slightly different vision of chickens than his counterparts.

Read on to learn more about this once-controversial breed and its’ place in the hearts and flocks of many.

The Orpington breed was created by a fellow called William Cook and was named after the town in which he lived – Orpington, Kent.

At the time of her creation, the hen fever in England was starting to die down. Many breeders and collectors’ had numerous breeds imported from far-away places like China and India.

Many of these breeds did not fare well in the English climate, yet others did not produce enough eggs to be competitive or functional commercial layers or table fare.

The main contribution of many of these breeds rested in the genetic diversity of the species to inject new blood into some of the older breeds.

Cook seemed to grasp this better than others. He was a practical man, and his vision was to create a breed that was a good layer and could also be good table fare. He planned to create something valuable that outperformed existing species.

To do this, he used an unorthodox method and was duly criticized for it. The process is now accepted throughout the chicken breeders’ world – merging breeds to create something new.

He wasn’t the only one to do this, but he was the first to create a ‘brand’ of chicken essentially. When Cook was working, he made most improvements to increase the ‘worth’ of one particular breed – not to create another.

All the birds he created were Orpingtons regardless of the parentage – hence the branding reference to his birds and the controversy.

He was also an exceptional public relations man, and his breed benefitted from his advertising in England and abroad.

The appearance of The Many Orpington Varieties

Suppose you read books or treatises about the Orpington breed. In that case, you will immediately notice that just about every color was created using different species for each initial color – very bold for the time.

The first color created was black. To make this chicken brand, he used Minorca, Langshans, and Plymouth Rocks.

By the late 1880s,’ the Orpington had excelled in showing at the Dairy, Crystal Palace, and Birmingham offers – all the big names of the time.

The black Orpington was a massive success in England but needed a bit of refinement, which Joseph Partington and friends provided.

Partington increased the bulk and feathering of the bird so that it looked more robust than before.

The Australians imported Orpington and also worked on improvement. Their contribution to the poultry world is the Australorp – another beautiful and practical bird.

The Buff Orpington was the next to appear around the 1886 time frame. The Buff bird was created using Gold spangled Hamburghs, Dorkings, and Cochins.

The Buff soon outstripped the black for popularity and remains the most popular Orpington color.

The parentage of the White Orpington is a bit of a mystery. Created by Godfrey Shaw, he initially called them Albions, but he changed the name shortly thereafter.

Cooks’ daughter Elizabeth Jane creates the Cuckoo and Blue varieties. The Cuckoo was built in 1908 but never became popular.

The breed was short lives and was extinct before the end of World War 1.

The Blue variety made its’ appearance in 1910. Again, it was not wildly popular until the addition of Andalusian plumage genes, which helped promote the breed.

It is now a sought-after variety.

The spangled Orpington emerged around 1900 and has remained a rare variety of Orpington.

W. Holmes Hunt created the Red Orpington – again, the parentage of the bird is shrouded in uncertainty.

The Diamond Jubilee variety was created in honor of Queen Victorias’ 50 years on the throne and remained a popular choice to date.

Bantam Orpingtons were first exhibited in 1900. The Buff bantam was created in Germany by Herman Kuhn.

The Bantam Orpington Club was formed in 1950, and acceptance to the PCGB happened in 1952. Bantams still exist but can be hard to locate.

Standards of the Orpington Chicken Breed

You can find the English standards here:
www.theorpingtonclub.org.uk

The APA and PCGB recognize only four varieties, although there are several other varieties out there:

The Orpington has a very docile and mellow temperament. They do love to be petted and will quickly become lap chickens.

They enjoy their food so can tend to obesity, but are not renowned for foraging – why work for food when the feeder is under your beak?

Orpingtons seem to shake off the colder weather well. Their dense, fluffy feathering keeps them toasty warm through all but the severest winters.

They do need shade and cool water in summer temperatures, though, as they can easily suffer from heatstroke with all those feathers. 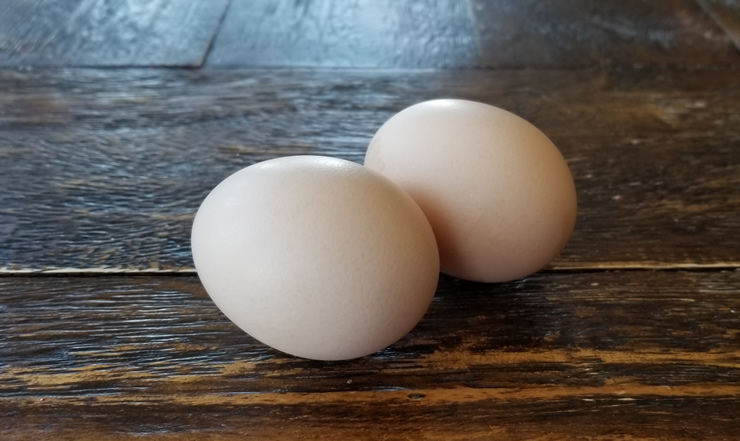 Orpingtons go broody reasonably frequently, which is an excellent advantage if you want more chicks.
They will lay you somewhere between 200-280 light brown eggs per year, that’s roughly 4-5 eggs per week.
As meat birds, they are ready for the table at 22 weeks. A rooster can grow up to 10lb if left to grow out.

Health Issues of The Orpington Chicken

In general health, the Orpington is a robust and healthy bird. They can suffer from lice and mites due to their dense feathering, so regular checks on plumage and skin are essential.

Is The Orpington Breed Right For Me?

The Orpington is an exceptional bird for families. They are gentle, mellow, friendly, and enjoy being cuddled.

The roosters can protect their girls in the breeding season, so exercise caution with small children until you know your birds well.

A couple of hens will keep a family in eggs quite nicely – as long as they don’t go broody and not all do.

They aren’t an overly fussy breed to work with – they don’t have special needs or requirements except for slightly lower perches as they are a heavy breed and may damage their legs coming off a high perch.

Orpingtons are winter hardy to many northern US states and Canada. They don’t tolerate heat and humidity well and require plenty of shade and cool water in the brutal summer months.

Since they are docile birds, be cautious when mixing your breeds. Breeds that would be a good fit are Cochins, Silkies, bantams, or similar non-assertive breeds.

Orpingtons are not noisy birds, and the Buff is especially quiet to suit urban living very well.

There is a vast Orpington following, and clubs abound. For example, there is this club: www.unitedorpingtonclub.webs.com if you are ever looking into the breeding of Orpingtons yourself.

The Orpington is a lovely breed to have. They are reliable and not aggressive, so you don’t have to worry about a barnyard fight!

Orpingtons are a lovely heritage breed to have, and thanks to backyard ‘keepers such as you, the Orpington is enjoying a resurgence of popularity and certainly merit attention.

They have been a ‘royal’ breed since the first days of Orpingtons. Queen Victoria kept them, the Queen Mother kept them, and Prince Charles kept them on his Highgrove Estate.

If you are starting with chickens, Orpingtons are pretty inexpensive to buy as chicks and will reward you handsomely with eggs and meat if you desire, a good investment for your money. 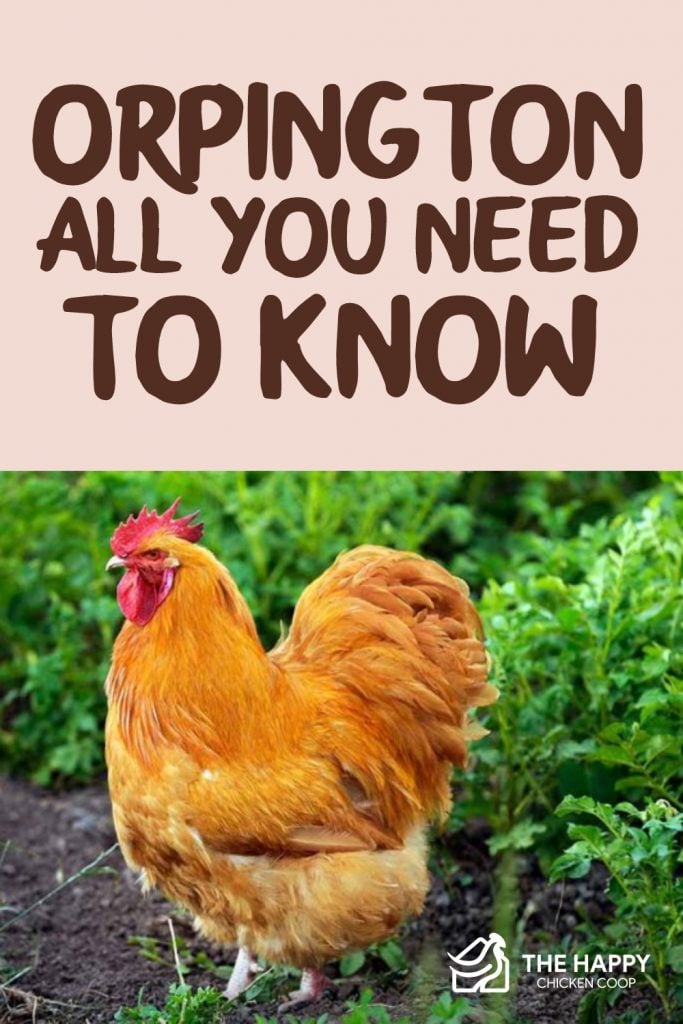 5 thoughts on “Orpington All You Need To Know: Personality and Egg Color”