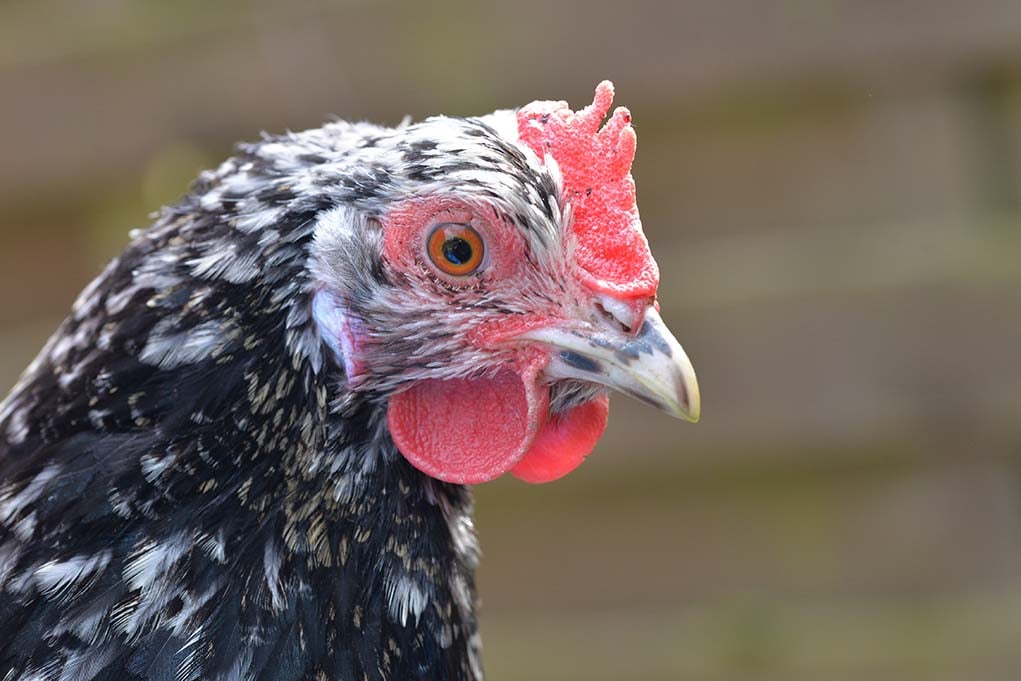 A hen with such a pretty-sounding name has to be unique – and the Swedish Flower Hens (Skånsk Blommehöna) is certainly that. The name translates as ‘Skane Bloom-hen’; very appropriate since the feathers remind you of flowers.

It was relatively unknown outside of its’ native land of Sweden until 2010, when a few were imported to the US.

Even in its’ own country, it was virtually unknown until the 1980s when its’ plight came to the attention of Swedish preservationists as it was teetering on the brink of extinction.

In this article, we will discuss everything you need to know about the Swedish Flower Hen, including its temperament, egg-laying ability, known health concerns, and much more.

History and Background of The Swedish Flower Hen 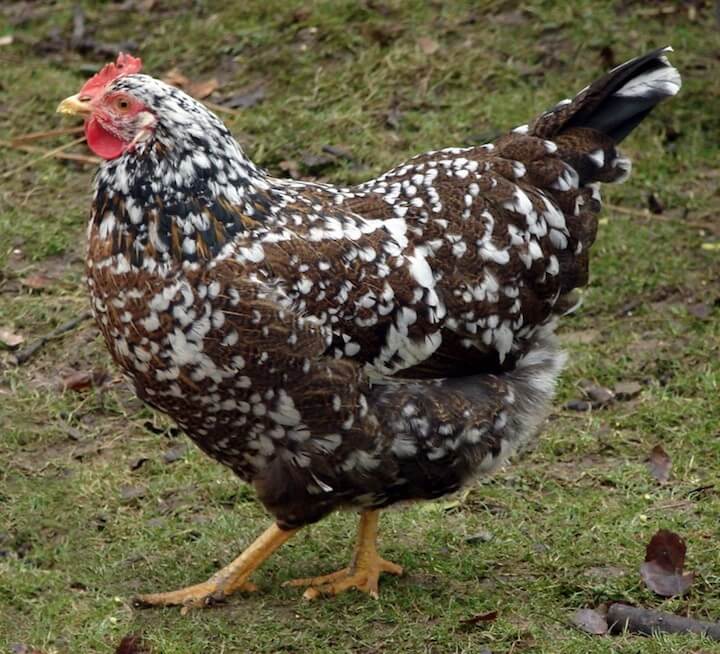 The Swedish Flower hen has the distinction of being a landrace chicken. Landrace birds were not ‘engineered’ by humankind but rather adapted naturally to the environment in which they lived. The weak did not survive (Darwin’s principle at work).

They evolved to become adept at survival in the sometimes harsh climate of southern Sweden and became the traditional farm hen of that region.

Although its origins can only be guessed at, it is likely that seafarers’ and settlers brought chickens to remote settlements in trade for other things and also as a food source.
It was written about at least 300 years ago in various documents from that period.

They would have contributed eggs and meat to the farmer, and the feathers were used to fill comforters. It’s unlikely that they were cared for as livestock. They would have fended for themselves and did a fine job of it too.

As with many older breeds, the rise of the industrial hen almost saw the extinction of this lovely, hardy bird.

By the 1970s’ very few were left in Sweden. They found a few isolated flocks, and a restoration and breeding plan was put into place by the Swedish Genetic Project.

The object of the Project is to raise the awareness and numbers of this endangered species and preserve their status as a heritage hen. 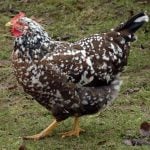 The appearance of Swedish Flower Hens

As you may infer from the fact that there are crested and non-crested birds, the appearance of the hen can vary tremendously from one bird to the next.

Several people who keep them enjoy the diversity of the breed – a mixed assortment, if you will.

The base colors can range from black, blue, yellow, and red. The feather pattern is millefleur (thousand flowers), the feathers are white-tipped. The combinations are many and varied – black/white, white/red, and a pattern similar to the Speckled Sussex hen.

The rarest coloration pattern is called ‘Snow Leopard.’ Some of the white tips are replaced by black tips giving an overall picture of gold/white/black markings named after the rare Snow Leopard.

Words are inadequate to describe the sheer variety of colors as seen in this particular breed.

Birds can be crested, tasseled, or not, depending on the line of birds you have.

Wattles, single comb, and ear lobes are all red. Eyes are orange/yellow.

The body is rounded and robust, a medium-sized bird with the roosters weighing around 8lb and the hens 5 ½ lb.

The skin can be yellow or black mottled in color, with legs being clean and light tan in color. Chicks’ legs can be a pink or grey color.

The Swedish Flower hen has not been bred to any written ‘standard’; therefore, there is no standard for this chicken as yet.

Breeders are working towards a standard, but you have to wonder what that standard will be and how it will affect the current diversity of coloration.

Temperament and Egg Laying of The Swedish Flower

The Swedish Flower hen is a confident, calm, and poised bird. It can function well independently when foraging for food and is friendly towards the flock keeper, especially if treats are forthcoming.

Even the roosters are non-aggressive, although they can crow loudly so that close neighbors might be annoyed.

The bird is hardy to a wide range of temperatures. Its’ homeland temperatures range from just below 32°F to around 70°F.

The Swedish Flower hen loves to free-range, is predator savvy, and enjoys its independence, although they tolerate confinement. They are curious about their surroundings and enjoy investigating new things.

They are also described as quick learners and brilliant birds. 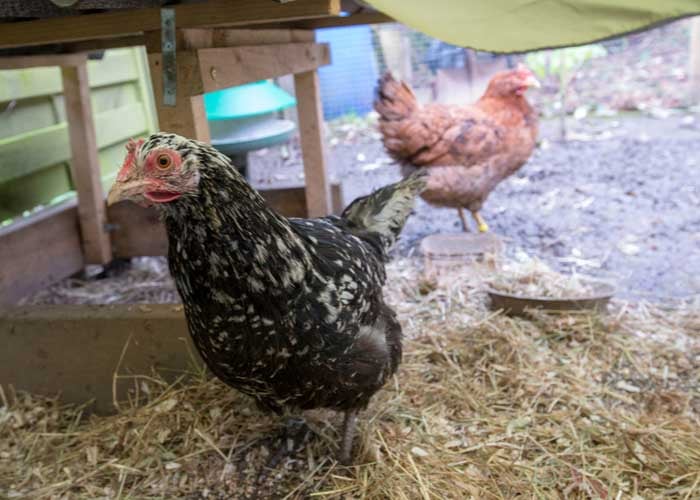 These hens will lay in the region of 150-200 eggs per year. Eggs start small but soon become significant to extra-large in size. The egg color is a light beige tint.

The hens make good mothers when allowed to be broody but are not known to be obsessively broody. Approximately 1/3 of hens will go broody if allowed.

The disinterest in going broody may have been partially responsible for declining their numbers.

Chicks are relatively quick to mature, and the chicken itself is a long-lived bird, ten years old, not being unheard of.

Is The Swedish Flower Hen Right For You?

The Swedish Flower Hen is undoubtedly beautiful to look at and comes in a wide variety of colors.

The hens produce a decent amount of eggs per week. The bird will dress out to a respectable weight as a dual-purpose hen.

They are a non-aggressive breed, friendly, and exceptionally social, acceptable for children. As they are not recognized as a breed, the exhibition would be solely for breed recognition at this time.

They would make a good project bird for young farmers or first-timers since they are more or less problem-free and can function well independently of the keeper if allowed.

Also, they are super healthy. No disease or joint health problems have been noted for this breed. As always, be on the lookout for ectoparasites. 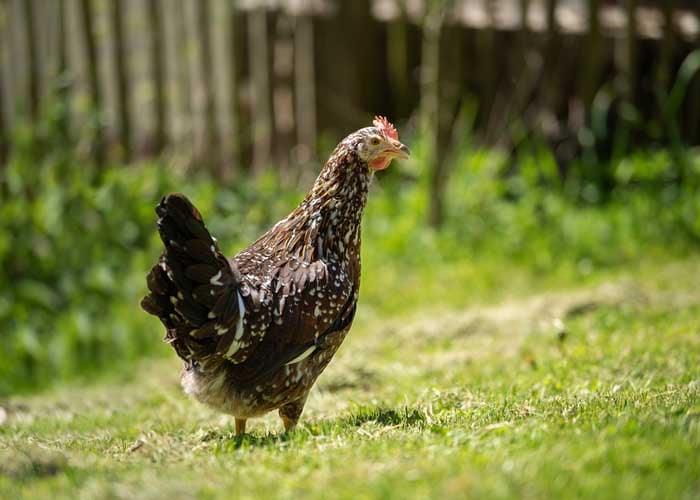 Swedish Flower Hens are popular right now thanks to a few enterprising hatcheries who are trying to get the breed accepted as a suitable backyard hen.

They seem to be capable of being quite independent, although several sources say they seek out human company and are friendly to their keepers.

Do you have Swedish Flower Hens? If so, tell us about them in the comments section below… 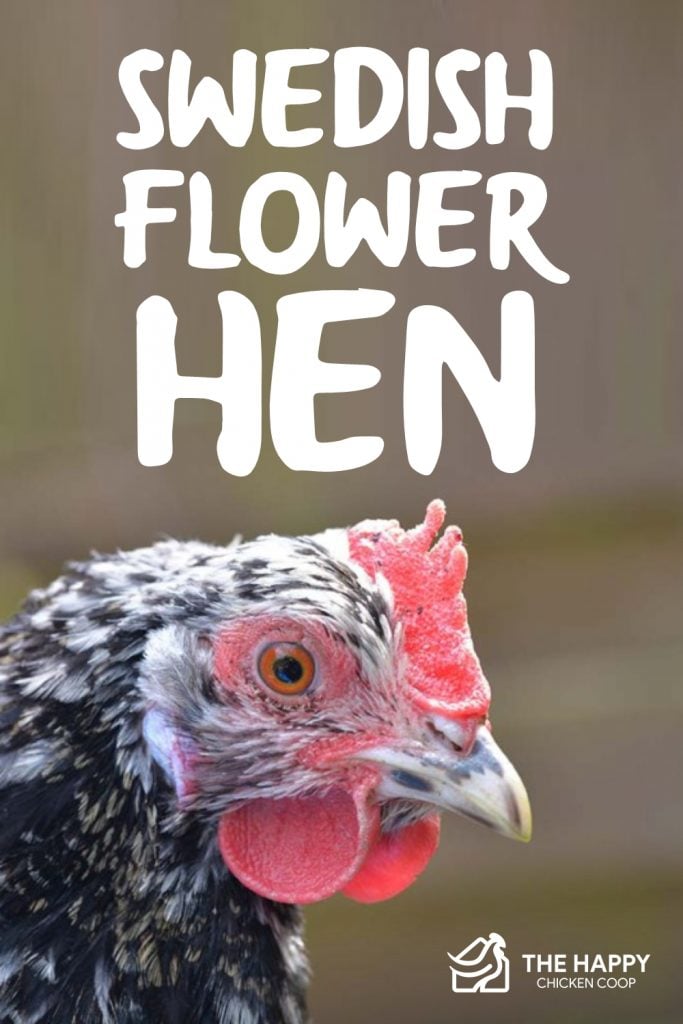