Scouring the internet for information on this rare variety will most likely lead you down a dead-end road or to the local jewelers’ websites.

There is conflicting information on this variety of chicken, but everyone seems to agree that this bird is a new favorite.

The Sapphire Gem is not an actual breed of chicken and is not recognized by the APA.

Most hatcheries that sell this little gem are vague in their descriptions, and that’s probably because it’s a new variety of chicken.

In fact, you can only purchase this chick from a handful of hatcheries, and it even appears as though one hatchery has the name Sapphire Gem trademarked.

We know about this mysterious chicken because the Sapphire Gem is a cross between heritage and hybrid chickens and was developed in the Czech Republic.

This treasured bird is said to be crossed with a Blue Plymouth rock and a Barred Plymouth Rock.

Since the popularity and excitement over the Easter Egger have begun to dwindle, many chicken lovers are rejoicing at adding another fun chicken to add some spice to their flock.

Sex-linked of The Sapphire Gem

The Sapphire Gem is a sex-linked chicken variety of chick, which means that their gender can be determined shortly after they hatch by observing their feathers’ colors.

Cross-breeding chickens cause this trait.

Another important note about the bedazzling beauties is that they do not breed true. If you are new to chicken lingo, this means that if you breed two Sapphire Gems, you will not necessarily get another Sapphire Gem. 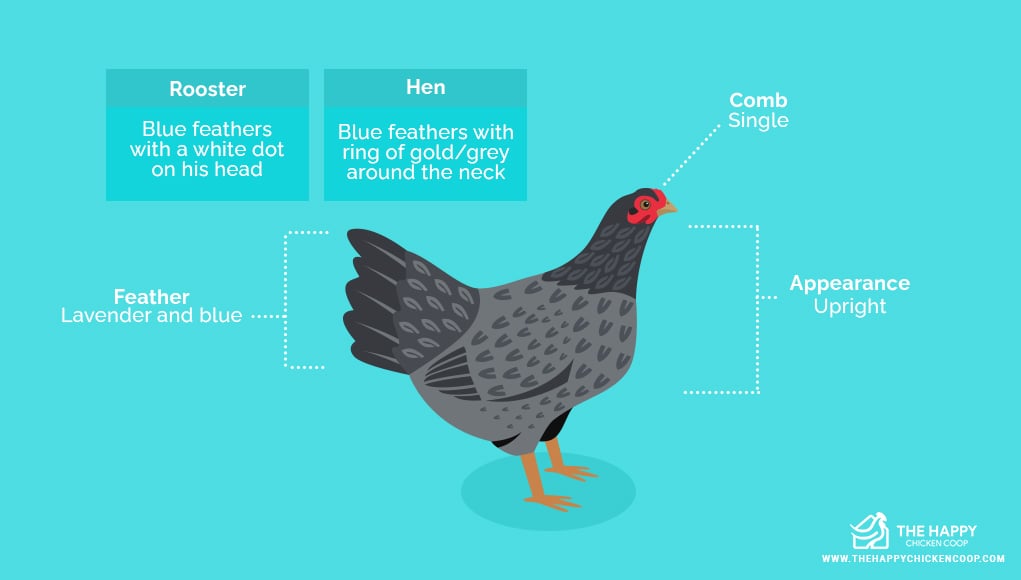 The appearance of the Sapphire Gems

If you love exotic colors in your flock, the Sapphire Gem will catch your eye with its lavender and blue feathering.

The roosters are typically blue with a white dot on their head, while the hens are mostly blue with a necklace-like ring of gold or grey adorning her neck.

Some go gaga for these colors, and some seem to turn up their noses. So, it’s safe to say that reviews on appearance seem to be mixed.

The Sapphire Gem has an upright appearance, similar to that of a Plymouth Rock, due to its genetics, and she sports a single comb atop her alert little head.

Size of the Sapphire Gems

The Sapphire Gem is a medium-sized chicken. She won’t tower over your Easter Eggers nor cower under the Brahma.

They are a middle-of-the flock size and can hold their own amongst a mixed flock of chickens.

Large, brown eggs are the Sapphire Gem’s specialty, and it’s a common misconception that this chicken lays blue eggs because she is often confused with the Sapphire chicken (a small white bird that lays bright blue eggs).

This little engine can produce year-round and has been said to lay up to a whopping 290 eggs per year! So, as you can see, her purpose is a production and is not typically used as a meat chicken. 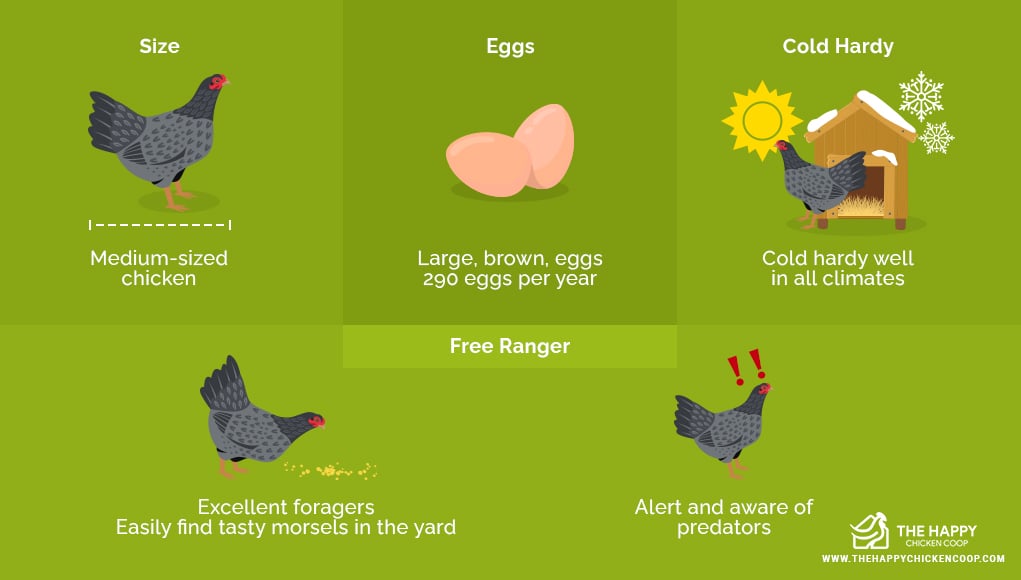 Cold Hardiness of the Sapphire Gems

The Sapphire Gem chicken does well in all climates, with reports of withstanding cold winters with grace and without decreased production.

As with other single-combed breeds, protecting the Sapphire Gem from frostbite during the colder months is wise to prevent their combs from falling off near the end of the season.

Sapphire Gems are wonderful free-range candidates if you like to let your chickens run free.

They are excellent foragers and have no trouble finding the tastiest morsels in the yard.

While they are a calm variety of chickens, they are also alert and aware of predators, making them even better off if they have the yard run.

The Temperament of the Sapphire Gems

Raving fans will happily tell anyone who will listen how incredibly calm and docile this chicken is. Photos are circulating of the Sapphire Gems calmly sleeping in the arms and hands of their adoring owners.

They are said to love to cuddle and are one of the sweetest chicken varieties for the kids.

While this chicken is the new “It Girl” on the scene, little is known about the origins and where to obtain her.

You can bet that the popularity she has already gained will only continue to grow, maybe even as fast as that of the Easter Egger!

READ NEXT: Easter Egger: Everything You Need To Know About This Chicken 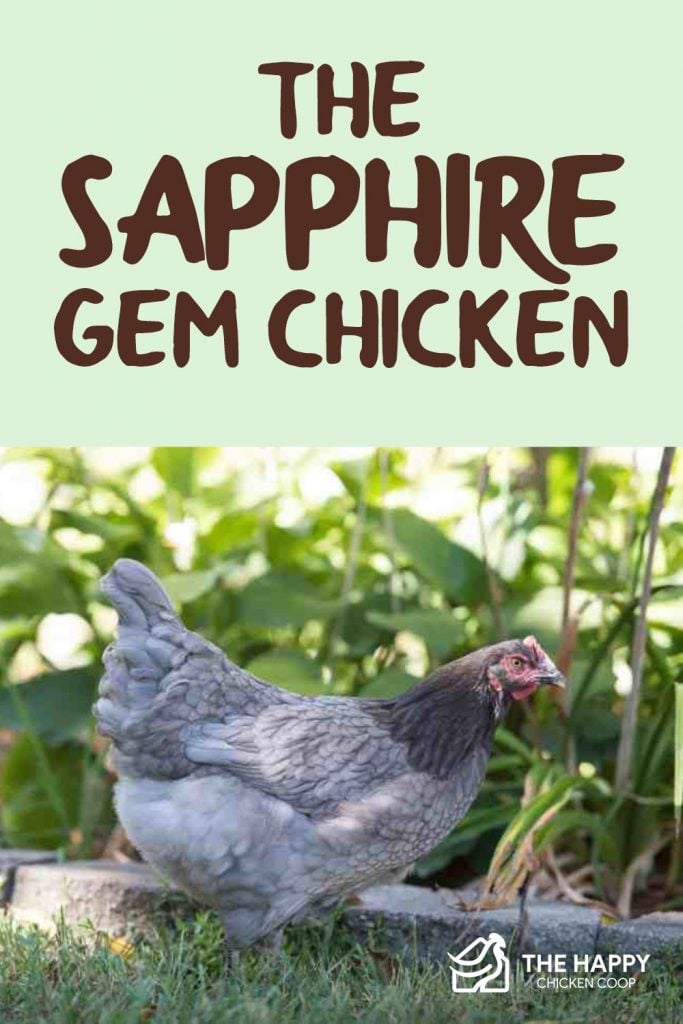 68 thoughts on “The Sapphire Gem Chicken: The Complete Info Guide”