The Dorking Chicken: Everything You Need to Know 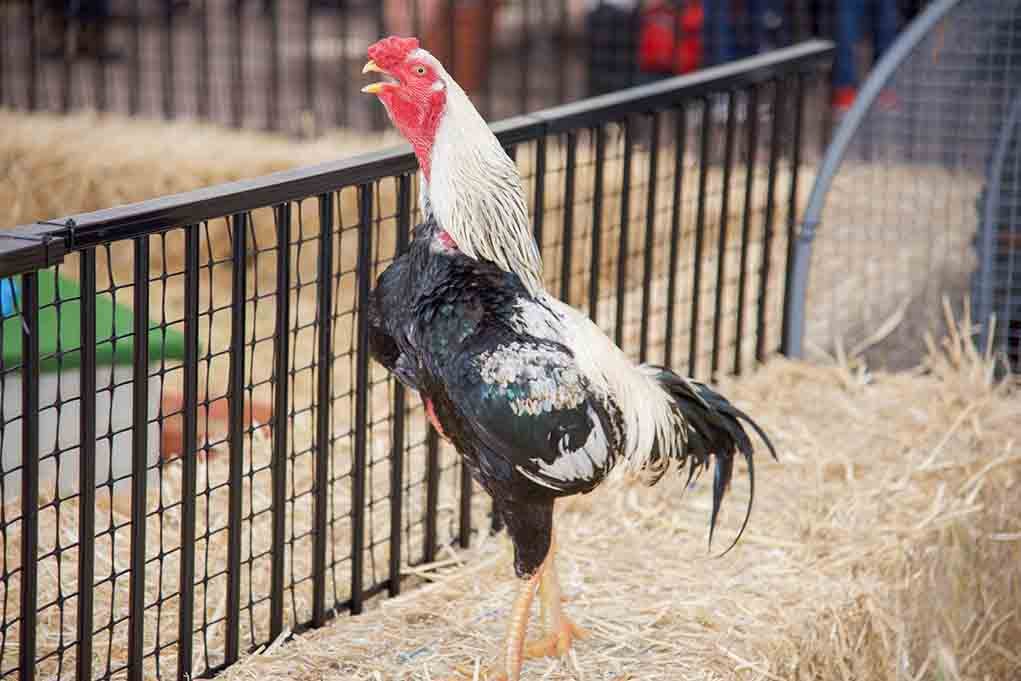 Looking for a breed that will bring meat, eggs, and companionship to your family? You’ve found it! The Dorking chicken is a special chicken with a rich history that is, unfortunately, currently considered endangered.

Dorkings is one of the oldest known chicken breeds, possibly dating to 43 AD.

So, if the Dorking has been around for so long, why are they endangered? Moreover, the Dorking is a well-loved breed, but certain varieties are getting harder and harder to find.

We can probably attribute the scarcity to the commercialization of the poultry industry.

Faster growing chickens became a priority over many other previously valued characteristics, like taste and temperament.

The Dorking chicken was, and is, a highly sought-after chicken by those who are meat lovers.

The chicken gained popularity when it was brought to England by the Romans. It is believed to have been love at first taste.

Today, Dorkings can be purchased in small quantities from chicken hatcheries or breeders, but not all colors are available. This breed needs the support of backyard chicken breeders before they are gone for good.

The Dorking is a stout breed used for both meat and eggs. They are known to have shorter legs than other large breeds, and their stockiness makes them an ideal meat breed.

The Dorking comes in white and silver-grey color varieties, both of which are lovely additions for those who enjoy an ornamental flock.

The comb of the Dorking is large and sometimes looks to be a tad floppy on the roosters, which gives the breed a somewhat comical appearance.

While the large comb is bright red and beautiful, it’s not well-suited for frigid environments.

You should note that the white variety of the Dorking has a rose comb, so if you live in the northern hemisphere, the white bird should be your first choice.

However, since this chicken is endangered and rare, the white-colored Dorking is nearly impossible to find.

Speaking of rare, the Dorking is one of the few breeds that sports the fifth toe! Even though the toe exists on the bird, it doesn’t serve much of a purpose—that we know of.

It honestly just hangs out on the back of the Dorking’s foot. A cute little quirk for sure!

Weighing in at around 8lbs, the Dorking is a hefty meat chicken. Even though they appear small, due to their short legs, they are pretty meaty.

They have a long back with a broad breast, but some enthusiasts will refer to the Dorking chicken as a boxy-looking breed.

Typically, chickens known for one type of product (meat or eggs) are not utilized much for the other. Big meat chickens don’t tend to be prolific egg producers; however, the Dorking is an exception to this rule.

Hens will produce a good amount of eggs, enough to keep up to some of your decent laying hens. What’s more, they are known as chickens that have consistently throughout the winter, rather than slow down like some breeds.

The Dorking’s eggs are considered white or creamy—in other words, they are lightly tinted, and they will usually be medium to large.

A healthy, happy Dorking hen can lay around 170 – 190 eggs per year. This bird does provide a ton of protein!

If you are looking for a dinner chicken with some fantastic flavor, look to the Dorking. This breed is considered on the top of the list of the most delicious and flavorful chickens.

This prime poultry has the meat in all the right places, making it very tender and light. Rave reviews of the Dorking seem nearly comparable to those of the Bresse chicken, another highly sought-after meat chicken.

Another nod to the Dorking is awarded due to their visually pleasing and delicious skin.

Many chicken breeds that have not been bred for commercial production, have yellow or grey skin.

Somewhere along the line, someone decided that for the chicken to be edible, the skin should be white.

This is not true, but if this happens to be a concern for you, now you know that the Dorking sports white skin.

The hardiness of the Dorking Chicken

Generally speaking, the Dorking is a pretty hard bird and not considered a delicate chicken.

While you should give those with single combs special accommodations in cold climates, the white varieties can avoid frostbite with their rose mentioned above the comb. It’s essential to know how to care for your chickens during winter.

Dorkings and Dorking Rooster and Free-Ranging

Need another reason to start your flock of Dorkings? Well, they are excellent free-rangers!

They love to forage your property for bugs and weeds, and they tend to stick close to home. Win-win!

Note: If you are planning a weekend picnic with your friends, it might be wise to let them know you have some extremely friendly chickens that might be joining you.

Or, if you don’t want them free-ranging around your feet, perhaps temporarily confine them. If you’ve ever had a dog that begs, a chicken can be much more pesty.

If you are reading through this thinking, the Dorking is probably the perfect chicken. Wait until you hear about their dispositions!

The Dorking is the dolly of the flock—they are sweethearts. So, if you become attached to your chickens, perhaps raising a Dorking as a meat chicken may not work very well for you.

They are known to be calm, friendly, and tolerant; great qualities, but not-so-great if you have aggressive chickens in your flock, like the Cornish chicken.

Your Dorkings will probably end up at the bottom of the pecking order.

Dorkings can be a broody hen quickly but are said to be one of the best mothers and will raise their chicks well.

They have even been said to adopt chicks that are not their own. Hens don’t quickly kick their babes out of the nest either. They tend to mother their clutches long after other hens’ babies have flown out of the chicken coop.

You can’t go wrong with a Dorking. Dorking chickens need to be embraced by those who appreciate the breed when it comes down to it.

The Dorking rooster and chicken are an all-around breed. It would be a shame for this breed to go extinct, mainly because it is a sweetheart of a chicken.

17 thoughts on “The Dorking Chicken: Everything You Need to Know”