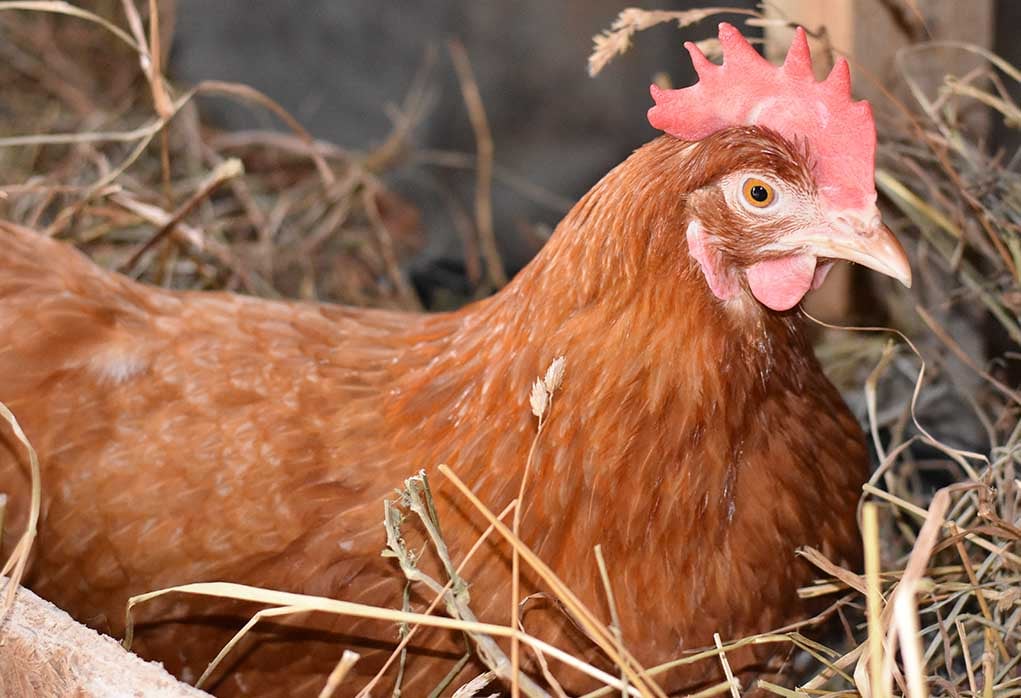 If you’re confused about the Cornish Chicken and the Cornish Cross, you aren’t alone. Even for a chicken fanatic, digging up the correct information on these two varieties of chickens can take time.

Cornish Crosses combine the weight of the Cornish and the visual appeal and growth rate of the Plymouth White to create the lovely large chicken breasts you take to the grill every summer.

With that being said, the Cornish is, in its own right, a very impressive chicken. Previously, the Cornish was called the Indian Game Chicken, and some sources and breeders still refer to it.

Even though it was referred to as an Indian Game Bird, it was not developed in India. Rather, it originated in England. 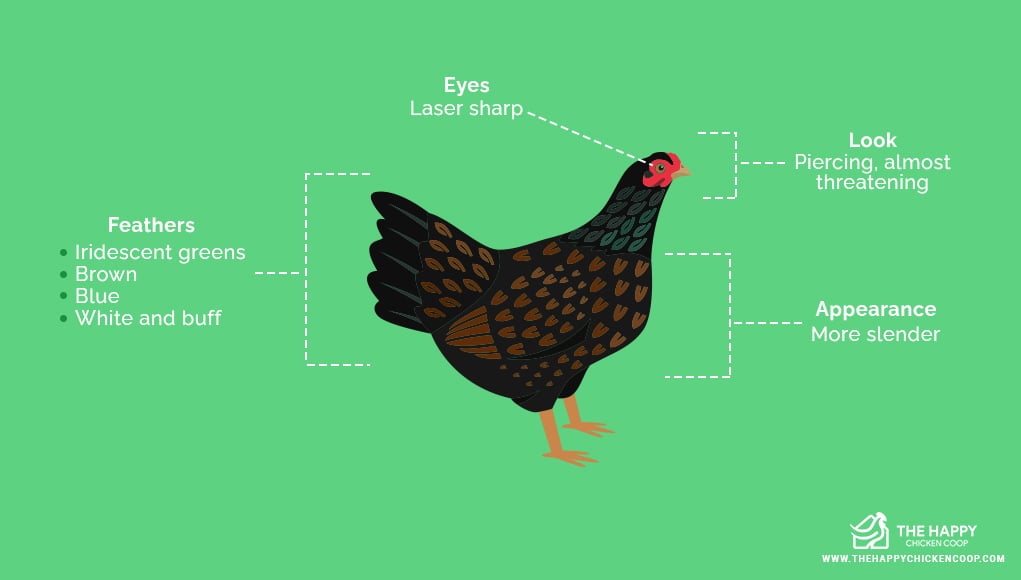 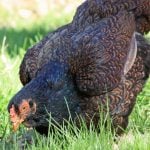 The Cornish chicken is a hefty bird with closely-knit feathers giving the chicken the appearance of a more slender fellow.

Their feathers are a mishmash of colors that commonly include iridescent greens, brown, and blue; however, they can also come in white and buff.

In general, Cornish chickens aren’t considered the beauty queens of the poultry world, but they are still unique in their own way.

Cornish chickens have a piercing, almost threatening look about them. Their eyes seem laser-sharp, and their features tend to portray that of an angry chicken, a mad wet hen, if you will.

Which does, in fact, mirror their temperaments in some ways. In fact, they were initially bred to be game birds—more on that soon. 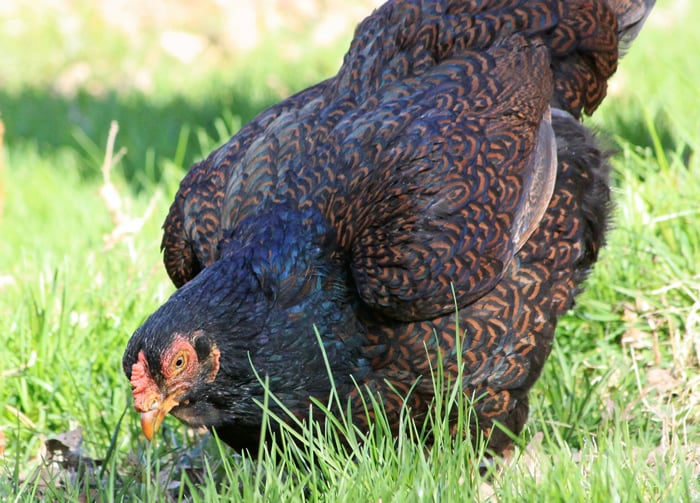 These meaty chickens can weigh in at around 9 lbs., thus the source of our modern-day Cornish Cross.

Their size is certainly large enough to feed the entire family. So, while they appear slim and sleek, they are actually quite muscular and hefty.

One might even refer to the Cornish chicken as a stocky bird due to its short neck, wide skull, and well-spaced legs (which causes the Cornish Cross a few problems down the line when their body weight becomes too much for their legs to handle).

The Cornish chicken will produce a minimal amount of eggs over their lifetime because they weren’t bred for breakfast—they are a dinner bird for sure.

However, the eggs they do lay are small and light brown. So, if you decide to add this breed to your flock, don’t plan on more than 160 eggs or so a year.

This momma will go broody more frequently than you might think for a meat bird; however, her tight feathers do not make for the best nursery, and thus she will not hatch out as many chicks as some of your other hens.

As you may have guessed, this chicken’s specialty is all in the muscle of her physique. She is a rough and tough, mighty gal that can feed the family dinner with some leftovers for chicken noodle soup the next day.

The Cornish chicken was bred as a meat bird and a game bird, which is the reason for the intense weight of her body.

If it weren’t for the slow growth rate of the Cornish, there wouldn’t have been much of a need to develop the Cornish-Cross. Additionally, the skin of the Cornish is yellow, rather than the publicly appealing pearl-white of the Cross.

If you thought you understood the difference between the Cornish Cross and the Cornish, here’s a wrench for your gears: the Cornish Hens you often buy at your local grocery are typically just younger Cornish or Cornish Crosses. Got it? Got it. 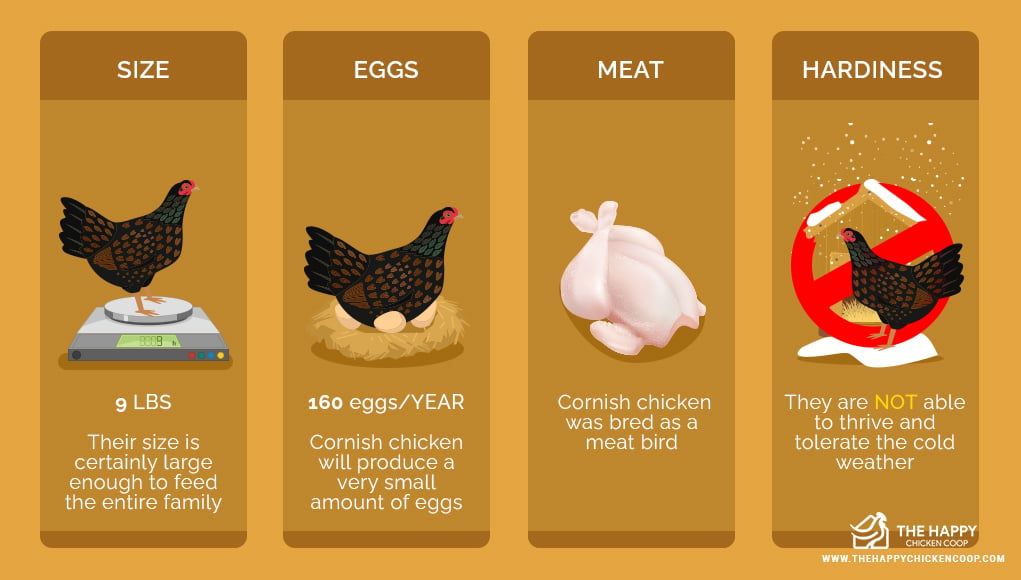 While the Cornish chicken does well in warmer climates, they cannot thrive and tolerate the cold weather as well.

Because their feathers lay tight to their body, they do not provide the insulation other, fluffier, breeds enjoy.

Since the Cornish is meant to provide meat for the family, it wouldn’t make much sense to keep them during cold winter months since they are already slow-growing, and they will mostly save their energy to keep warm, not develop muscle.

While the hybrids of the Cornish will not free-range well, the Cornish itself fares pretty well when scrounging around the yard.

They will fit in quite nicely with the rest of a free-ranging flock…unless, of course, there are roosters involved. 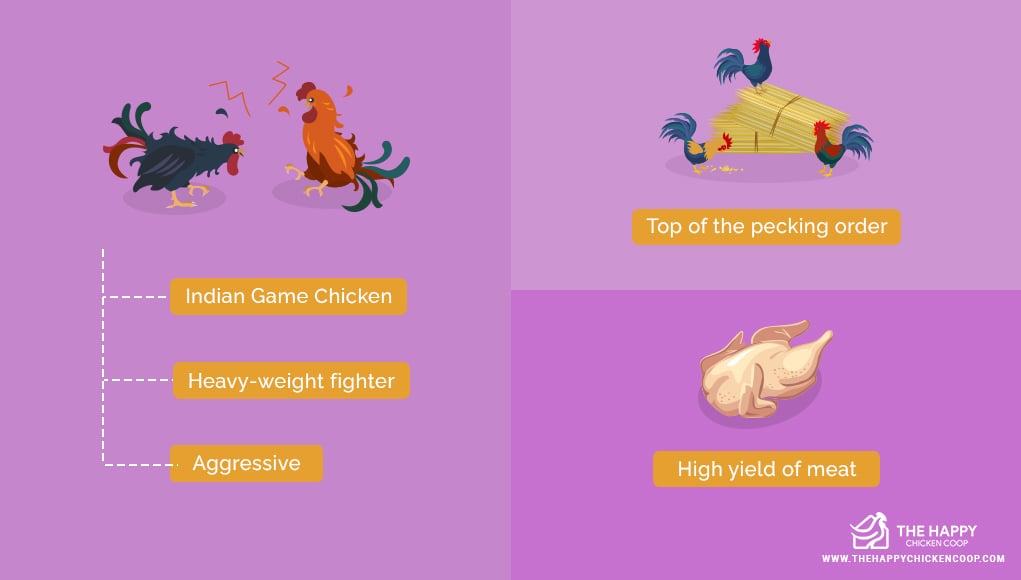 The Cornish was developed from breeds known for their fighting abilities, hence the name Indian Game Chicken.

However, the efforts to create a heavy-weight fighter were all for naught— they just couldn’t cut it in the fight ring.

With that being said, it’s important to recognize that the Cornish chicken does have an aggressive temperament.

Typically this means the hens will want to be at the top of the pecking order, and the roosters will not always be the most pleasant tenants. This is a trait that followed the breed down from the initial game birding efforts.

While the heavy-weight chicken failed in the ring, it was well-received by those looking for a bird with a high yield of meat.

Thus, the Cornish chicken was embraced by chicken enthusiasts, eventually cross-bred, and became the mighty ancestor of the grocery cutlets in your freezer.

If you want to raise your own meat, but the thought of the Cornish Cross, and their disabling characteristics, turns you off, why not just go back to their roots and give the Cornish a shot?

They may grow slower than your typical broiler, but if you free-range them, they may be a tad tastier with all that natural protein they will be pecking out of your garden. 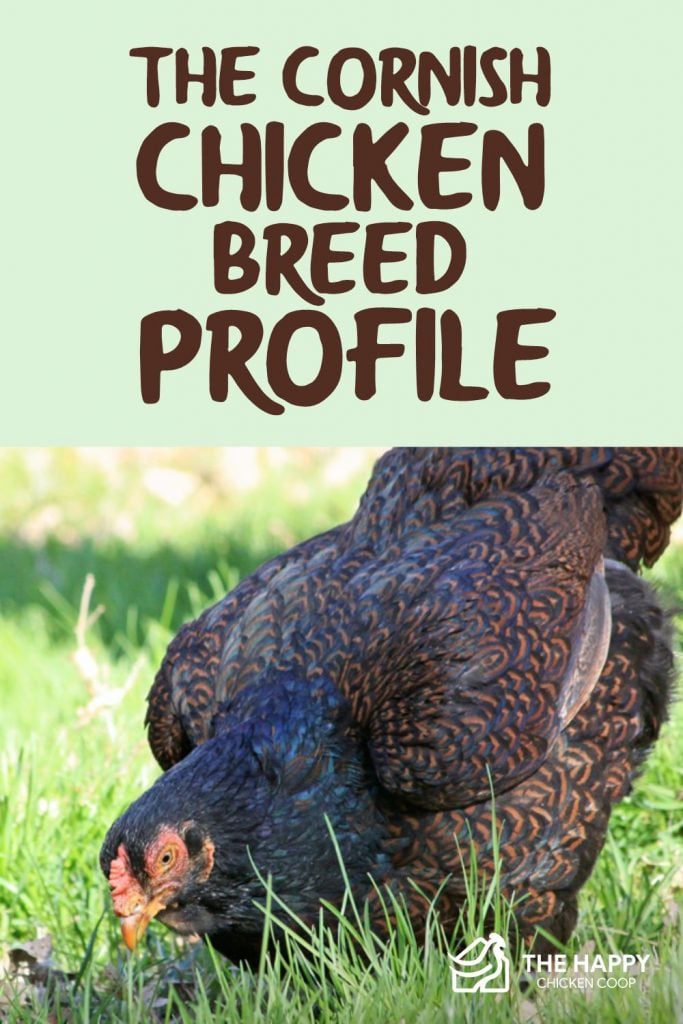