Is It Safe To Eat Fertilized Eggs? 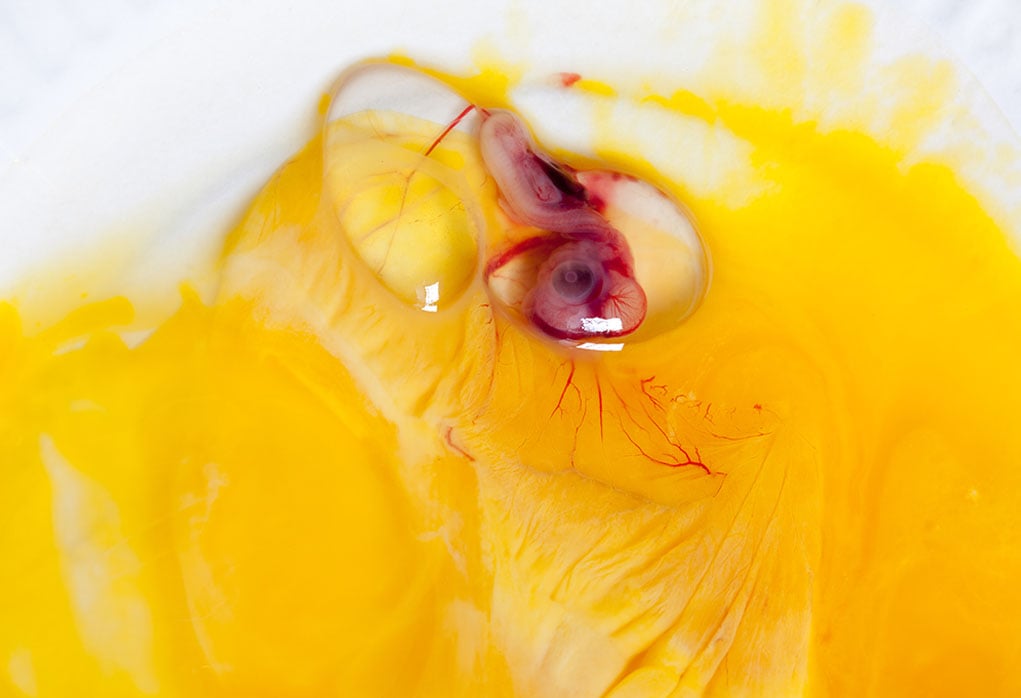 Let’s not beat around the bush here. Yes, fertilized eggs are safe to eat.
For both you and the egg, well, the egg is kind of out of luck, but there’s nothing wrong with you can eat a fertilized egg.

The truth is, if you buy eggs from the grocery store, you aren’t going to be eating many (if any) fertilized eggs.

There’s no need for commercial poultry farms to keep roosters on hand (and in case you didn’t know, a fertilized egg is only possible with the help of a rooster).

Oh, and another fun fact, you don’t need a rooster for your hen to lay eggs.

Now that that’s out of the way let’s talk a bit more about the fertilized egg. 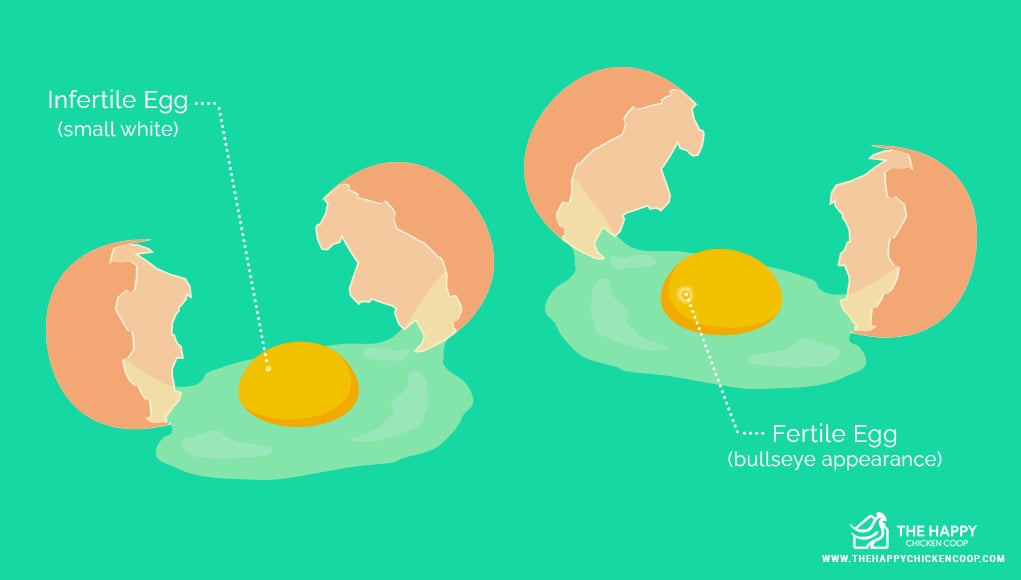 How Can You Tell If An Egg is Fertilized?

You’ll know your egg is a fertilized egg once you crack it open. Typically, you’ll see a white circle within the yolk that looks like a bullseye (this is called the blastoderm).

It’s faded in color and not very large, but if you compare it to an unfertilized egg, you’ll get the idea because it will be completely absent from the yolk. 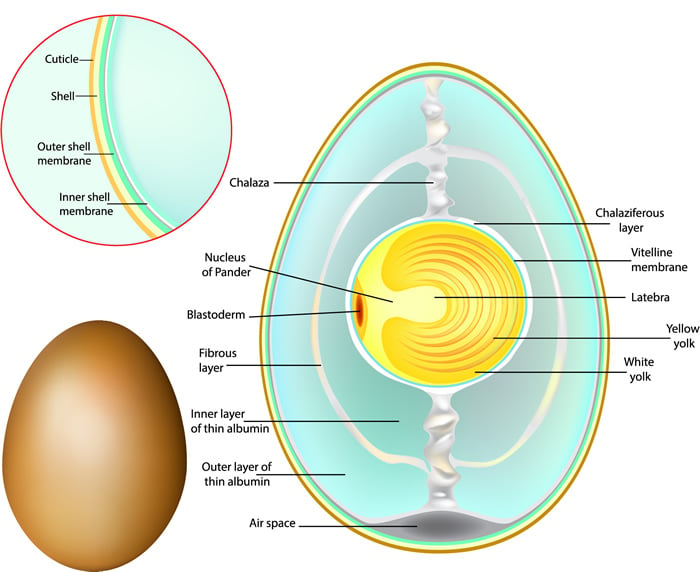 Please don’t confuse the stringy, gooey stuff with an embryo because it’s not. It’s just a barrier that helps keep eggs intact during incubation.

Momma hen needs to roll her eggs about to keep the developing chick from sticking to one side, so there needs to be a layer of protection, and the plural chalazae are it.

With that being said, if the egg has been fertilized, kept warm, and it’s been a few days, the egg yolk will have red veins on it.

An egg that looks like this has been incubating for a few days, but even at this point, you certainly can eat it.

If you have a rooster or are getting eggs from a neighbor with one, it’s safe to assume that most of the eggs you are consuming are fertilized…see, nothing bad has happened, right?

It might be easy to assume that a fertile egg has more protein due to the developing chick, but then there’s also the fact that the longer an egg is saved, the less protein there is to consume.

I’ve even heard the argument that if you take an egg out of an incubator halfway through the gestational period and eat the contents, you are definitely getting more protein just because there’s an actual chick inside.

Ugh, I don’t even know if I have a response to that, but I do know that my dog has done this (sadly stolen from my broody hen), and she turned out just fine.

My stomach, on the other hand, turned upside-down completely.

So, while you may hear both sides of the story, there isn’t any evidence that shows that eating a fertilized egg is better for you than an unfertilized egg. 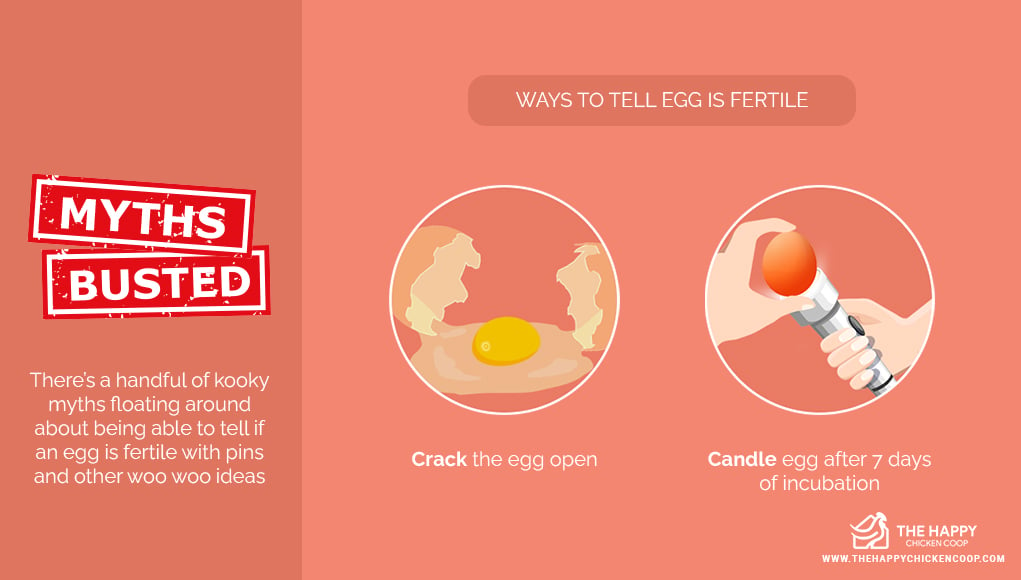 There’s a handful of kooky myths floating around about being able to tell if an egg is fertile with pins and other woo ideas.

Still, the only way to tell is to crack it open or candle it after 7 days of incubation (and even then, anything can happen).

So, as they say, don’t count your chicks before they’re hatched.

And if you see red spots in your egg (blood spots), that does not mean your egg has been fertilized.

This is a common occurrence, and it simply means your hen ruptured a blood vessel while passing the egg.

What Makes it Unsafe to Eat a Fertilized Egg

There are two main reasons it may not be safe to eat a fertilized egg, and neither reason will surprise you too much. 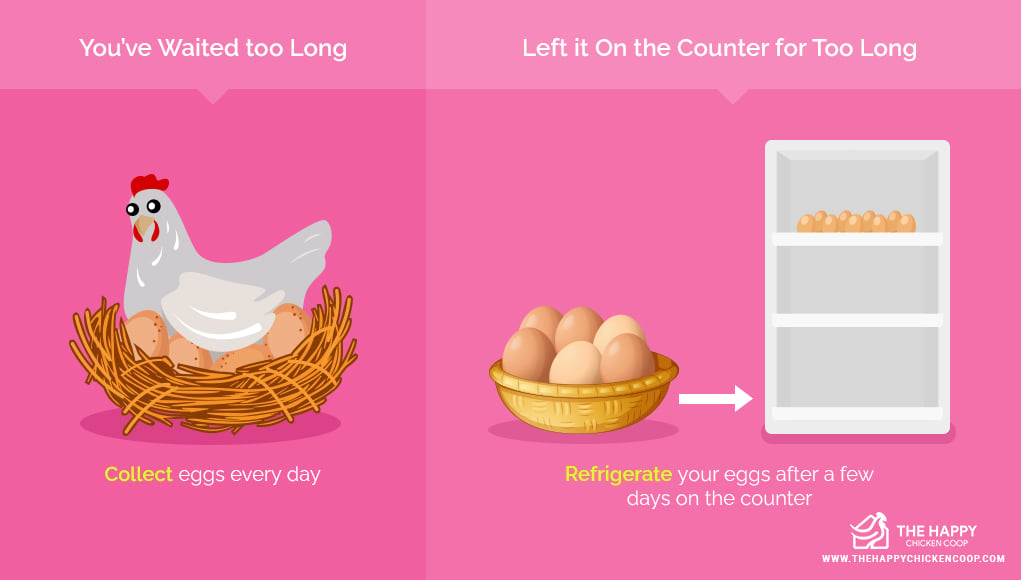 If you don’t get to your eggs in time and have a broody hen sitting on her eggs for a week or two, you probably don’t want anything to do with what’s inside that shell. (At least not until it’s hatched its fluffy little self out in a few more days).

Not only will you find an alien-like creature on the inside of the fetus is healthy, but you’ll find a rotten mess if the egg has been sitting for a few weeks under the hen without a healthy chick inside.

So, collect eggs every day, and avoid a disgusting surprise in your frying pan.

Left it On the Counter for Too Long

This point is very similar to the first one but equally important.

If you’ve collected your eggs on the day they were laid and left them sit for much too long on the counter, it will be a risky breakfast.

But that goes for any egg…fertilized or not.

So refrigerate your eggs after a few days on the counter Sooner if it’s hot and humid. If you want to know how long eggs last before going bad, see our full guide here.

Once your eggs are packaged lovingly in their cartons and the coolness of the fridge, there’s no way the embryo will continue to develop. The cold stops everything in its tracks.

The 21st Day is the Conclusion.

A chick develops in its egg for about 21 days, and it needs constant warmth, humidity, and movement for things to run smoothly. So your fertile egg plucked from the nest a day or two after you laid it won’t do you any harm.

It won’t keep developing on your counter, nor will it progress in the fridge.

Now you know, fertilized eggs are completely safe to eat—unless you’ve neglected to care for them or wash the eggs…or you’ve let your broody hen have her eggs for longer than normal.

You can safely eat your fertilized eggs without any worries. It’s truly no different than an unfertilized egg.

Except that maybe it’s a healthier choice because it came from a backyard chicken or an assumption that it is free-range.

Because it is in an environment with a roaming rooster rather than a commercial poultry operation, but that’s a story for another day. 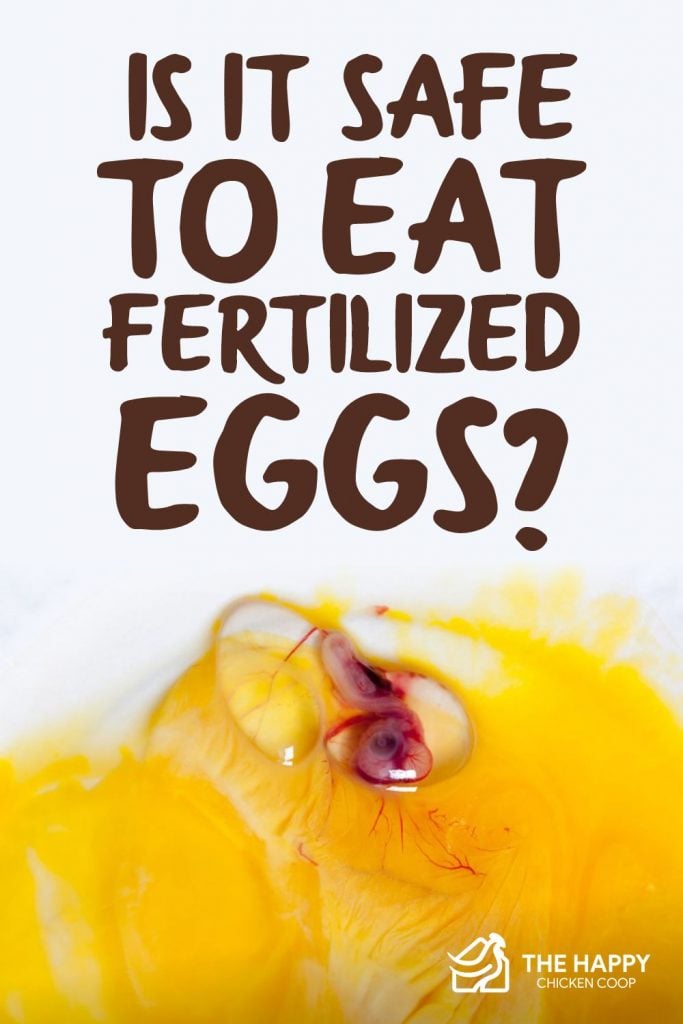 2 thoughts on “Is It Safe To Eat Fertilized Eggs?”