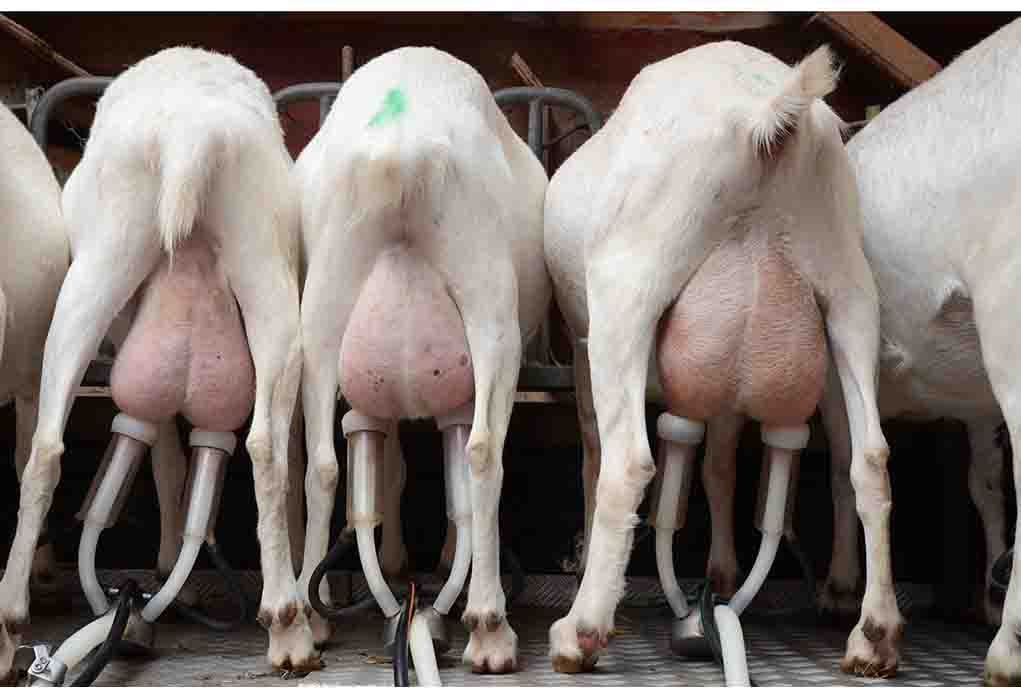 Goat milk – how does it compare to cow milk and sheep milk?

Are you curious about the differences between goat, cow, and sheep milk? Many people are surprised to learn that all three types of milk have unique benefits and drawbacks.

This post will compare the three kinds of milk in terms of taste, nutrients, and health benefits.

We’ll also discuss how each type of milk is produced and what to look for when buying dairy products. Keep reading to learn more! 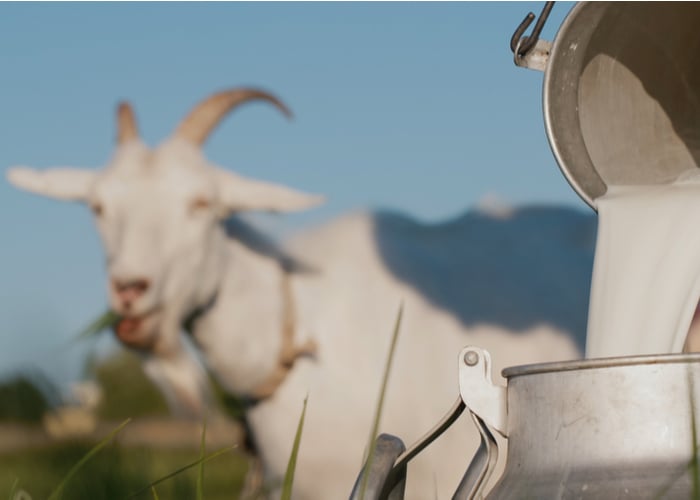 Even though people have been milking many different animals for thousands of years, cow’s milk has been the most readily available milk for decades. At least, that’s always been the case here in the U.S.

It has been only recently that other options have hit the shelves at grocery stores and supermarkets.

This is quite interesting – especially when you consider that goat milk is the most popular and commonly used nearly everywhere else!

Cow milk has been the milk of choice in the United States because it is mild in taste and quickly produced.

But did you know that in many places around the globe, milk with a ‘funky aftertaste’ is the sought-after favorite? Cow’s milk winds up at the bottom of the list because it has a milder taste than goat or sheep milk.

Plus, cow’s milk is far more expensive and land-intensive to produce. Although you’ll get about five times as much milk from a dairy cow as you will from a goat, a cow eats a lot more than goats.

Goats are cheaper to buy as kids than cows are as calves. Plus, goats are much better at eating poor-quality forage (like brush and browse) than cows are.

Goats can be raised on far worse land and still produce nutritious milk – albeit perhaps not as much of it!

It is only natural to want to compare all of the different milk options and decipher which option is the best.

From goat milk to cow milk to sheep milk and even plant milk (almond, oat, and so on), the list of options on the grocery store shelves is endless.

One option that you might not know much about is goat milk. We have all heard of it, but is it good for you? How does it compare to other milk options?

Let’s dive in and have a look!

Did you know that goat milk has health benefits? It’s true! Goat milk is an excellent source of nutrition, and it has some unique properties that make it especially beneficial for your health.

Keep reading to learn more about the health benefits of goat milk. You may be surprised by what you discover!

Aside from being thicker and creamier, goat milk also has a lot of nutritional benefits and advantages.

The first thing that many people realize is that goat milk is much easier to digest and easier on the stomach! It also carries less risk of milk allergy development.

Goat milk is packed full of nutrients. It is the most protein-rich milk on the market. Goat milk has a lot of protein, but the protein in goat milk is also easily digestible.

This means that you will get more’ bang fmoreur buck’ if you are looking for high-protein foods. This protein will also be efficiently digested by your body instead of causing a bellyache for less protein.

Aside from being high in protein, goat milk is also high in vitamin A. Vitamin A can reduce the risk of certain cancers and cataracts and boost your body’s immune system.

Goat milk can also help to reduce cholesterol. If you suffer from high cholesterol, it might be good to introduce goat milk into your diet!

Goat milk also has many of the same nutrients as cow’s milk, such as potassium, magnesium, and calcium.

It contains high antioxidants, making it a healthy beverage for keeping many diseases at bay.

Even though goat milk still has lactose, It is considerably lower in natural sugars. This means that it will have less lactose than cow milk.

It is believed that people who develop lactose intolerance do so by ingesting too much lactose over some time.

You should note that this does not mean that those who suffer from severe lactose intolerance should drink goat milk.

A less obvious health benefit that is inherent in goat milk is the impact that it has on the environment. Cows are large animals that require an enormous food intake and a lot of space and infrastructure.

Goats are more miniature, require less food, and can be farmed more humanely with even less space than cattle.

Since cow milk is the most readily available milk here in the U.SIt is often held as the ‘milk standard.’

For this reason, it is only natural that you might want to compare other milk or milk alternatives for a better idea about what goat milk is all about. Let’s take a look at how goat milk ‘stacks up’ against cow milk:

Goat milk is not only higher indigestible proteins, vitamins, and amino acids; it is also higher in calories.

A cup of whole cow milk has one hundred and 49 calories, whereas a cup of goat milk has 168 calories. The difference is not huge, but it is considerable.

The main difference between goat milk and cow milk that will affect the taste is that goats produce more ‘butterfat.’

Generally speaking, both cow and goat milk can be smooth, creamy, sweet, and mild; but goat milk will be more creamy, smooth, and charming.

Sheep are similar to goats in that you can raise them on smaller pastures and on less feed than what you need for dairy cows.

Crossbred sheep raised for other purposes (like meat or wool production) only produce around 300 to 650 lbs.

So while sheep produce less milk, some people have described it as creamier and milder in taste than goat’s milk.

Of course, it doesn’t have that “goaty” flavor that many people dislike about goat milk (which is pretty easy to mitigate by adjusting the diet and breeding schedule). 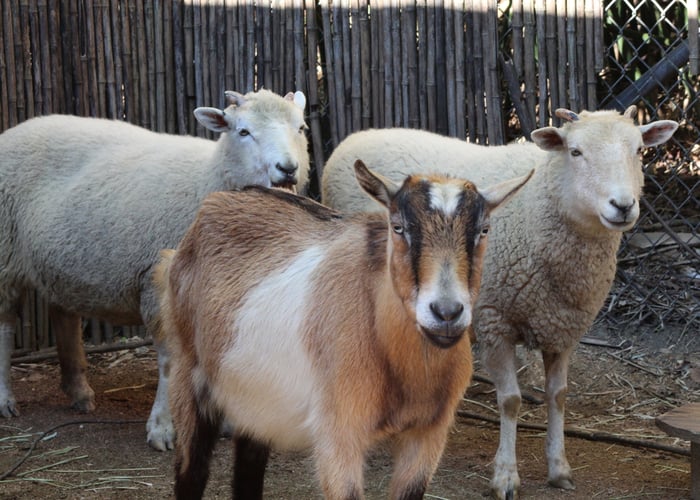 People also often wonder about the differences between goat milk and sheep milk. The differences might shock you, especially when you compare sheep and goat milk to cow milk.

Let’s have a look.

Even though sheep milk is extremely rich in other nutrients, its high-calorie count means that it might not be the best milk for you if you are trying to watch your calories.

Sheep milk has a rich and sweet flavor with a velvety texture. This is because the fat is naturally homogenized with the milk.

Goat milk has a slightly more robust flavor but does not taste as fatty. The taste of goat milk tends to be highly dependent on what the goats have eaten.

There’s a lot of variation here, so paying attention to the diet of the dairy goats, if you raise them yourselves, is essential if you want to increase the healthiest animals.

The cleanliness of the milk will play a significant role in the taste of it, too – that’s true for all animals, but especially for goats.

If milking and storage equipment isn’t as clean as possible, it can impart some “barn” flavors into the finished product. 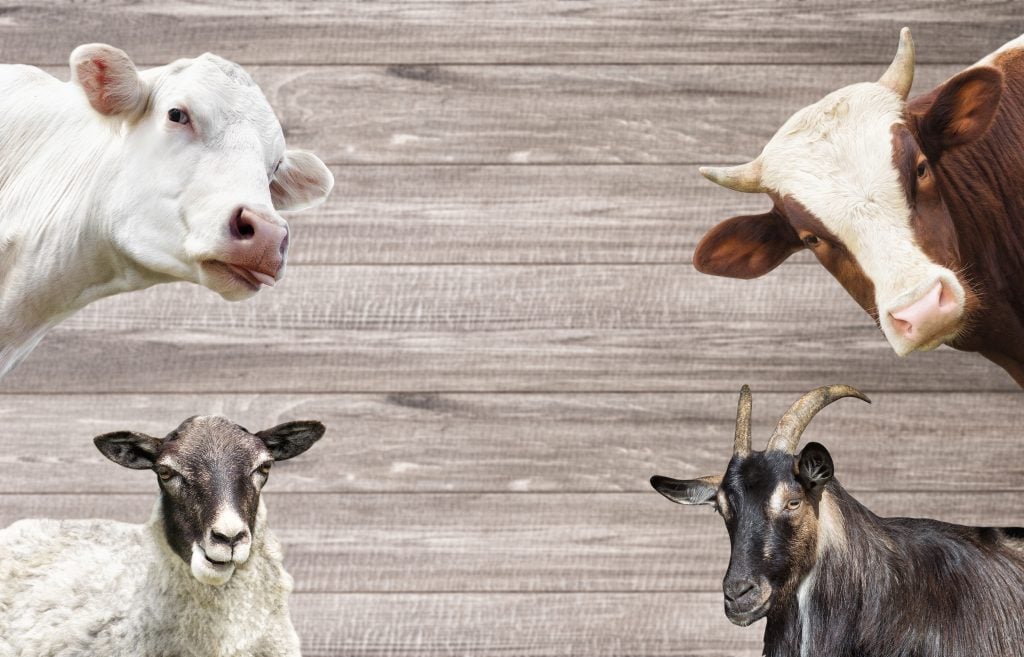 What is the Healthiest Animal Milk?

There is much debate about whether sheep milk or goat milk is more healthy.

It is a ‘no-brainer’ that goat and sheep milk is healthier than cow milk, but it is more difficult to say which milk is the most beneficial.

This is because each person has their own dietary and nutritional needs.

For instance, sheep milk is probably not for you if you are trying to decrease your caloric and fat intake.

However, if you are trying to cram as much protein into your diet, sheep milk might be the right choice since it has even more protein than goat’s milk.

The bottom line, though, is that if you drink milk, cook with milk, and eat cheese every day, goat milk and goat milk products are a great choice. So is sheep milk.

This is mainly because you get way more nutrients and protein with goat milk over cow milk, but you will not have to worry about fat and calories.

As with anything, there are advantages and disadvantages to goat milk.

Some advantages include a higher protein content than cow milk, a creamier taste, a much higher nutritional value, a high Vitamin A content, and plenty of amino acids.

Some of the disadvantages of goat milk include that it is relatively high in calories, can have a slightly more distinct taste, and it still has lactose.

Even though it has fewer sugars than cow milk, it still has the potential to be a problem for those who are lactose intolerant.

And the most apparent disadvantage of goat milk (one that’s shared with sheep milk)? It can be super hard to find.

If you raise dairy goats yourself, then you’ll have an ample supply of goat milk at your disposal.

While cow’s milk is sold in cartons at nearly every grocery store, corner store, and bodega, the same cannot be said about goat’s milk or sheep’s milk.

Because it’s harder to find, it can also be more expensive. But don’t let that deter you – it’s worth the hunt, and it’s worth the price. Again, you can always consider raising dairy goats for yourself, too!

Goat Milk, Is It Right For You?

If you think that you might make the switch to goat milk, you will find that it is delicious and more nutritious than most other milk and milk alternatives out there.

If lactose is intolerant, goat milk might not be the best cow milk alternative. However, if you want to increase your protein intake, vitamin A, and other nutrients, goat milk is probably the way to go.

Hopefully, this has helped you better understand the differences that stand out most between goat milk and cow milk.