You are here: Home / Ducks / Buff Orpington Duck Breed: Everything You Need To Know 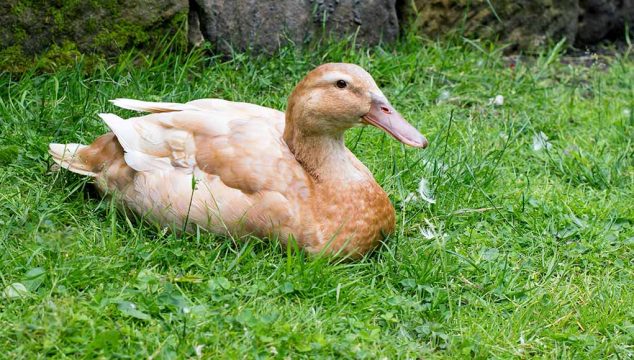 Buff Orpington ducks are a friendly and docile multi-purpose breed of poultry bird. These attractive ducks are often kept solely as farm pets or “pond ornaments” due to their affable nature and graceful beauty.

A Buff Orpington duck (sometimes called just Buff, for short) is also a quality meat bird. While the Pekin duck breed reigns supreme in the United States from a duck meat perspective, this breed has also traditionally been kept globally for its robustly flavored meat.

Buff Orpington ducks, as is the same with all domesticated breeds, cannot truly fly. At best, they can flap their short wings quickly enough to lift their webbed feet a few inches off the ground and then bolster themselves forward for roughly one foot. 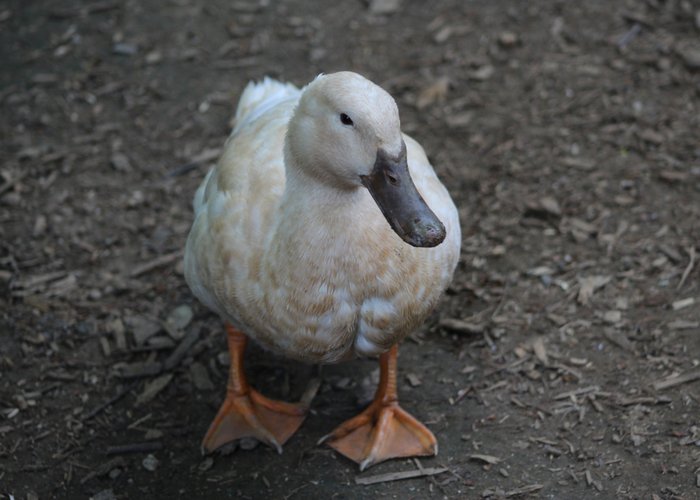 Cook’s deliberate breeding tactics created the Buff, Black, White, and Blue Orpington duck varieties. The Kent duck breeder was attempting to create multiple colors of the orpington duck to capitalize on the buff-colored plumage fad that was raging in Europe during the early part of the 20th Century. The White Buff Orpington duck variety did not garner nearly as much popularity as the other breed varieties William Cook created.

In 1908, Cook brought his Buff Orpington ducks to America to display them at the Madison Square Garden Show. By 1914, the Buff Oprington breed was allowed entry into the American Standard of Perfection books listed simply under the name, Buff. The labeling of the breed by the poultry association was quite unusual, it is perhaps the only known instance of a breed being listed only by its color.

The Buff Orpington duck breed was standardized in Great Britain in 1910. In 1926, the Blue Orpington variety was standardized. Members of this breed were far more popular on a commercial farming scale in Europe than they ever became in the United States. 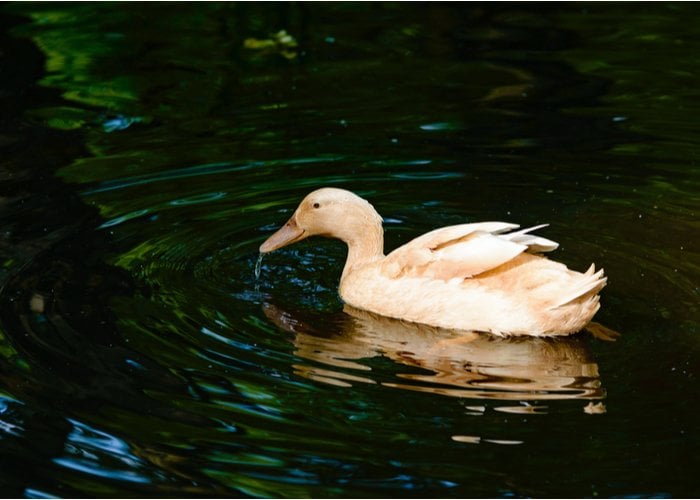 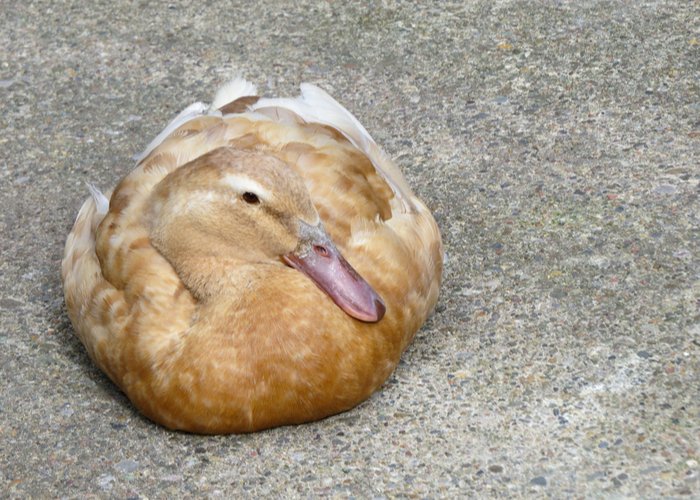 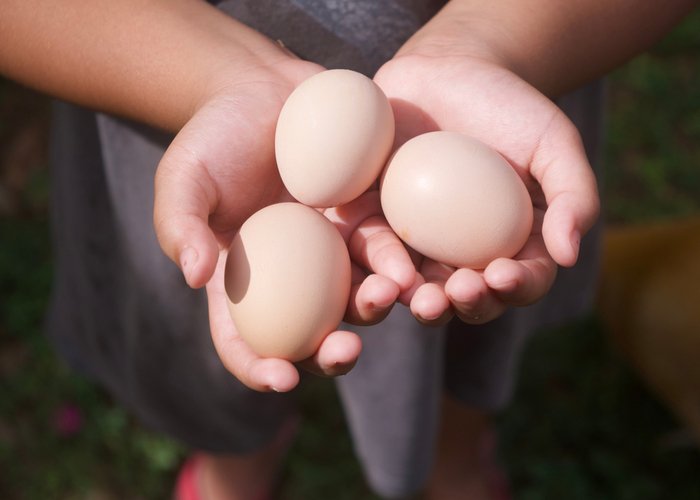 Because of the light pin feathers on Buff Orpington ducks, they make an easy to clean and highly attractive table bird. Although ducks of this breed were traditionally used as meat birds, they are rarely kept commercially for that purpose anymore.

Commercial farms have elected to raise the larger Pekin duck because it grows more rapidly – making it cheaper to keep. Some maintain Buff Orpington meat is far superior to the meat generated by Pekin ducks and raise the breed on residential farms and homestead just for that purpose. 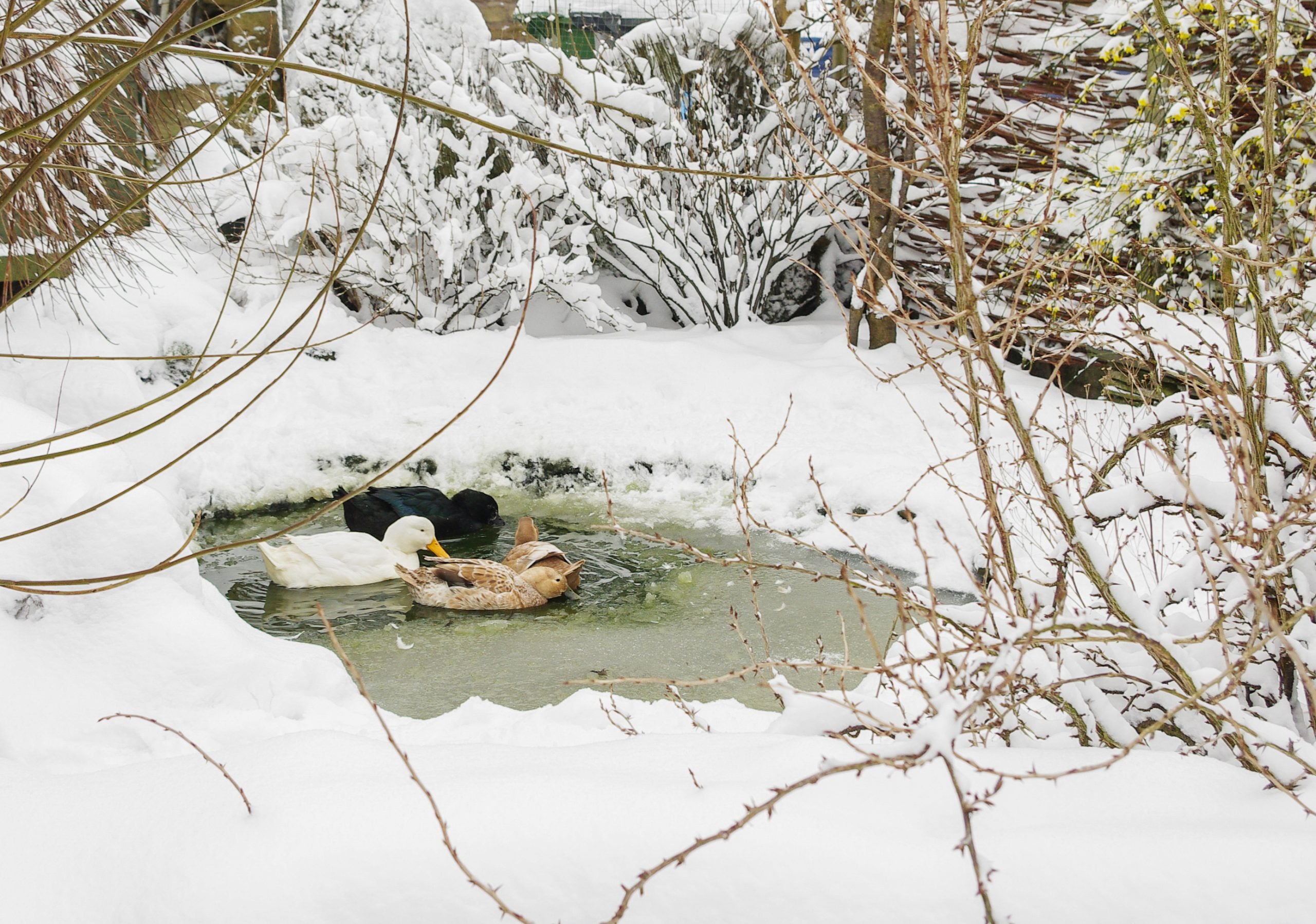 It is doubtful that you will find Buff Orpington ducks for sale during a “Chick Days” even from popular agriculture retailers like Rural King and Tractor Supply. You will likely have to order members of this heritage duck breed from a hatchery – like Meyer or Murray McMurray.

Whether or not you will be able to purchase fertilized eggs, ducklings, juvenile, or mature birds will depend both upon hatchery availability and time of year.

When reviewing mature drakes and hens to use as breeding stock, pay careful attention to the activity level of the birds when they are either free ranging on running loose inside of a duck house run. You want a bird that is not showing either any signs of lethargy or is overly excited and anxious.

The potential breeders should have strong legs that are evenly formed without any visible signs of abnormalities or deformities.

Ask questions from the breeder or nursery about egg production of the mature breeder birds or the hens that spawned them. If you are hoping to breed the Buff Orpingtons as part of a money making endeavor on your own homestead or farm, always keep both egg laying and live hatch success rate records to share with your customers and to track the overall health of your flock.

Regardless of the age of the breeders you are considering, they should neither be more than one pound under or over the recommended weight for their age.

The bills on the Buff Orpington ducks should be very straight and attached high on the head.

If you are seeking Buff Orpington ducks to show them, look for breeders that boast as little non-buff feathering as possible. If the ducks will be used as meat production birds, look for breeders with as many white pin feathers as possible to make picking the meat to the bone a clean and fast process.

According to the Livestock Conservancy, there are roughly 1,088 Buff Orpington breeding stock in North America – as of the 2015 domestic waterfowl census. The breeders who responded to the waterfowl census report indicated they kept flocks containing 50 or more Buff Orpinton ducks.

This beautiful breed of ducks is largely considered to be rare, at least in North America, and will be more difficult to find and perhaps cost a little more per bird than other more conventional duck breeds. 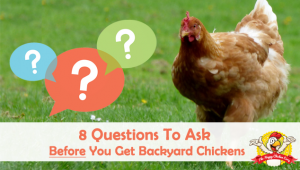 9 Questions To Ask Yourself Before You Get Backyard Chickens 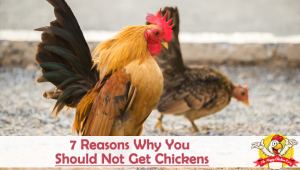 7 Reasons Why You Should Not Get Chickens