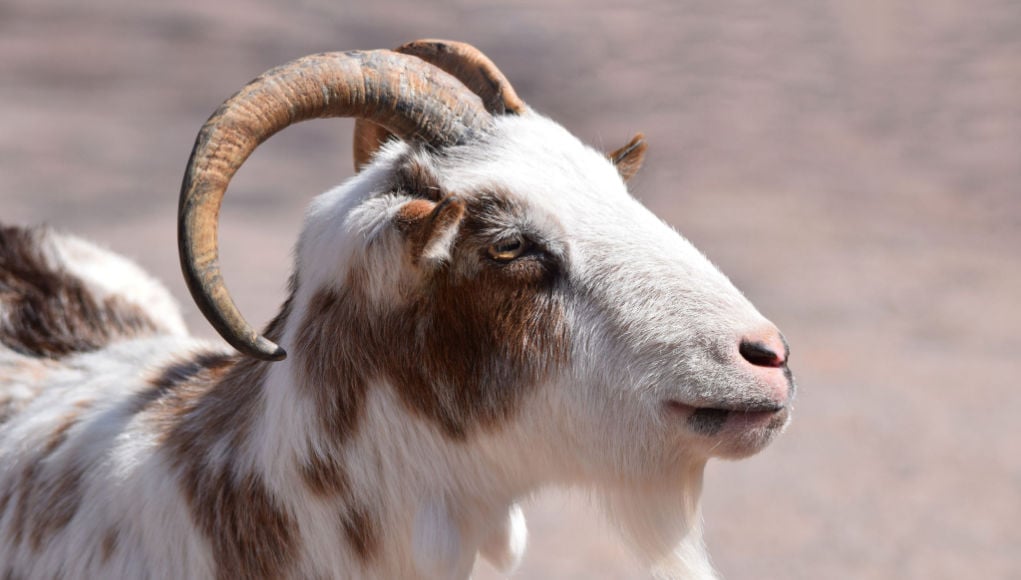 Interested in learning about the different types of horned goats? You’ve come to the right place! In this blog post, we’ll be discussing the various goat breeds that sport horns.

We’ll also touch on why horns are so important to goats and how they use them in their day-to-day lives – and how you can stay safe when working around goats with horns.

So without further ado, let’s get started!

Goat Breeds With Horns: Why Do Goats Have Horns?

Most people have probably never stopped to think about why goats have horns.

But if you’ve ever wondered about the purpose of those horns jutting out from a goat’s head, you’re not alone. Scientists have been debating the subject for years, and there are a few different theories out there.

One theory is that goats’ horns evolved as a way to help them escape from predators. In the wild, goats are often preyed upon by large animals such as wolves, lions, and tigers.

Their horns give them something to defend themselves with, and they can even use them to butt their attackers and knock them down.

In fact, some biologists believe that the size of a goat’s horns is directly proportional to the threat level posed by predators in their environment.

Another theory is that goats’ horns are used for social signaling. Male goats use their horns to establish dominance over other males, and females use them to signal their availability to mates.

Horns can also be used to show how strong and healthy a goat is; the healthier a goat is, the bigger its horns will be.

Yet another reason why goats have horns is for temperature regulation. Horns help goats regulate their body temperature by radiating heat away from their head.

This is especially important in hot climates where goats need all the help they can get to stay cool.

Do All Goats Have Horns?

So do all goats have horns? Yes…and no.

Goats are part of the Bovidae family, which includes cows, buffalo, and antelope. Out of this family, there are two different types of goats: domestic goats and wild goats.

One of the first things you’ll notice when you start looking into the world of goats is that there is a lot of variation in their appearance.

This is because there are over 300 different breeds of domestic goats alone, each with its own unique set of characteristics.

However, one physical trait that almost all goats share is the presence of horns.

With few exceptions, nearly every goat breed in the world, if left untouched by humans, would have a pair of horns protruding from the top of its head.

Usually, the horns start to grow when the goat is about three to six months old. The horns continue to grow throughout the goat’s life and can get up to 18 inches long!

There are two main types of goat horns: permanent and scurs. Permanent horns are attached to the skull and will grow back if they are broken off.

Scurs, on the other hand, are not attached to the skull and will fall off naturally after a few months.

Regardless of type, all goat horns serve the same basic purpose: they help regulate body temperature by radiating heat away from the brain.

The exceptions to this rule are goats that have been bred to be hornless.

For one thing, hornless goats are less likely to injure themselves or other animals when they butt heads (which they do frequently).

Additionally, hornless goats are easier to handle and transport than their horned counterparts since their lack of horns makes them less resistant to being restrained.

Finally, many people simply believe that hornless goats are more aesthetically pleasing than their horned counterparts.

Do Female Goats Have Horns?

The answer to this question is a bit complicated. While most male goats do have horns, it’s not unheard of for some males to be born without them.

Similarly, while most female goats are born without horns, some females will grow them later in life.

So, why the difference? It all has to do with hormones. Both male and female goats have a hormone called testosterone in their bodies.

This hormone is responsible for the growth of muscles, bones and—you guessed it—horns. However, males tend to have much higher levels of testosterone than females.

That’s why most males grow horns and most females don’t.

Therefore, if you’re trying to determine the gender of a goat, looking merely at the horns is not a reliable way to do so.

Again, most goat breeds have horns. But not all individual goats will ultimately grow horns.

Some are naturally born without horns and are known as polled. This is a genetic variation that can be mixed and matched within individual goat breeds.

And it’s not always consistent, even in parent-kid relationships. Some parents may have horns, while the kids do not. It can be tough to predict!

That said, there are some goat breeds that are more likely to have horned offspring than others.

Here’s an overview of each goat breed with horns: 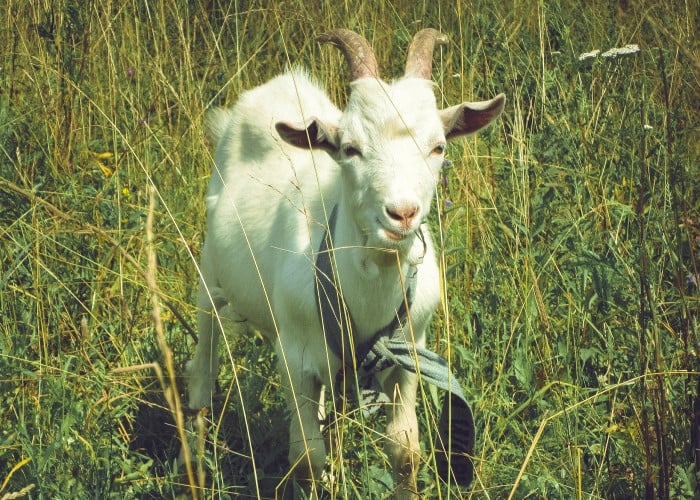 There are a variety of goat breeds that feature horns. The most common type of horned goat is the Alpine Goat.

Alpines are a medium-sized breed that originates from the French Alps. They are characterized by their long, slender bodies and their high level of milk production.

Alpines can be either black, white, or tan in color, and their horns can grow up to 18 inches in length! 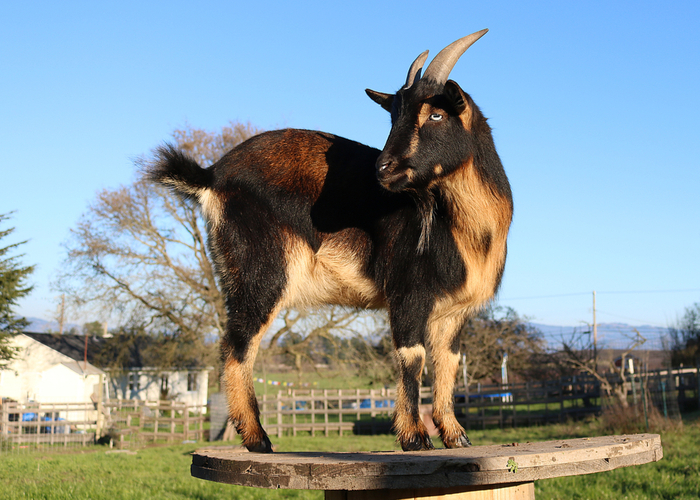 The Nigerian Dwarf Goat is a small breed that originates from West Africa. As the name suggests, these goats are relatively small, with adults weighing between 20 and 40 pounds.

Nigerian Dwarf Goats are known for their docile nature and make great pets. Both males and females of this breed grow horns, although the horns of males are typically larger. 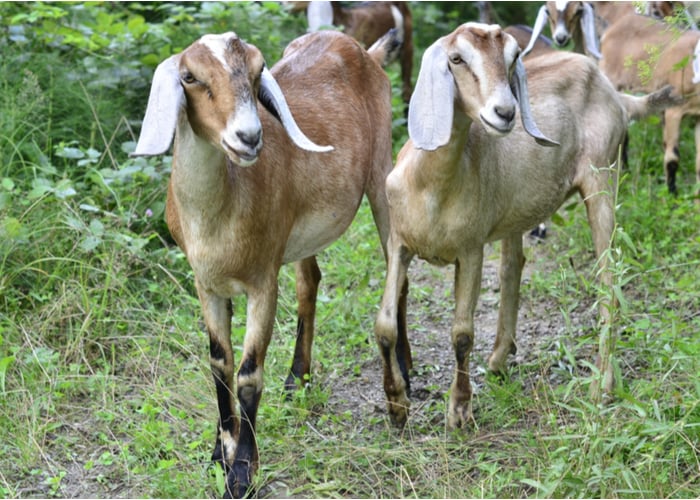 Next up is the Nubian Goat. Nubians are a large breed that is native to Africa and the Middle East.

They are well known for their long, floppy ears and their high-butterfat milk.

Nubians come in a wide range of colors, but they are most commonly black and white. Their horns can grow up to 24 inches in length! 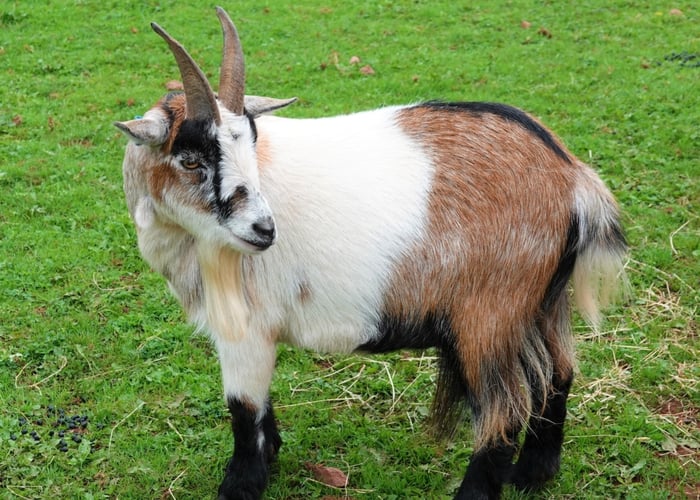 Pygmy goats are a small breed of domesticated goat from West Africa. They are one of the most popular breeds of pet goats in the United States.

Pygmy goats are known for their friendly dispositions and easy-going nature. Adult pygmy goats typically weigh between 30 and 50 pounds.

Both male and female pygmy goats usually have horns. 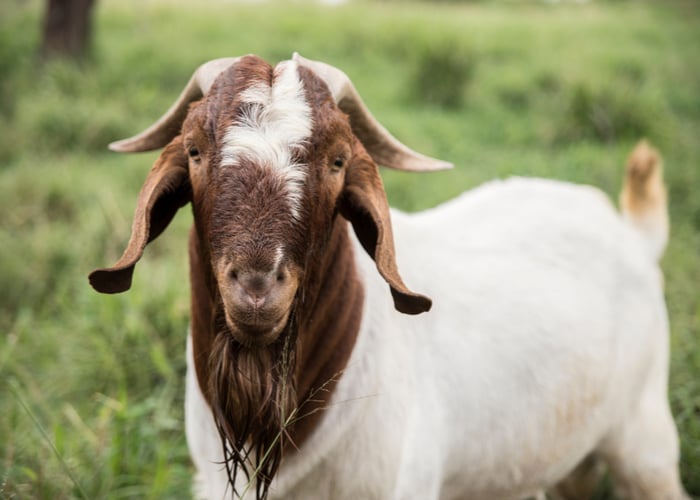 Boer goats are a large breed of domesticated goat from South Africa. They are the most popular breed of meat goat in the United States.

Boer goats are known for their muscling and high carcass quality. Adult Boer goats can weigh up to 300 pounds. Both male and female Boer goats have horns.

Girgentana goats are a large breed of domesticated goat from Sicily, Italy. They are a rare breed in the United States.

Both male and female Girgentana goats have horns.

The Maasai Red Goat is a beautiful animal that is native to East Africa. These goats are well-adapted to arid environments and can be found in countries such as Kenya, Tanzania, and Somalia.

The Maasai Red Goat is easily recognized by its long, red coat and large, spiraling horns. Males of this breed can grow horns up to two feet in length!

In most cases, this is not a breed of goat that is raised domestically. 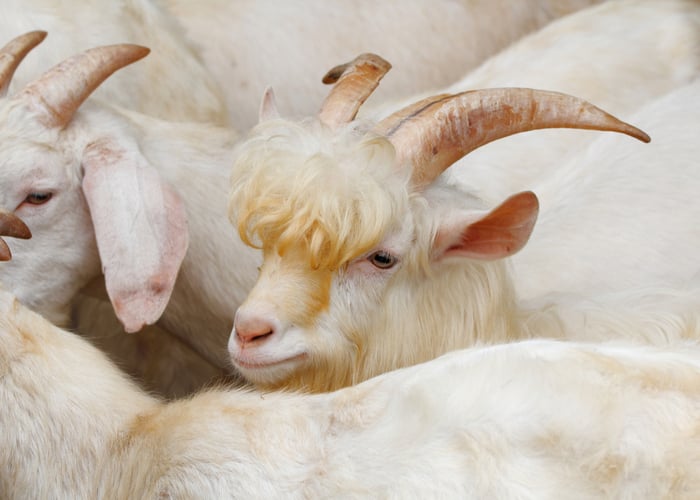 Saanens are a Swiss breed that is one of the largest dairy goat breeds in the world. They are all white in color and have short, erect ears.

Saanens rarely have any problems with milking, which makes them a popular choice for commercial dairy operations. Their horns can grow up to 20 inches in length! 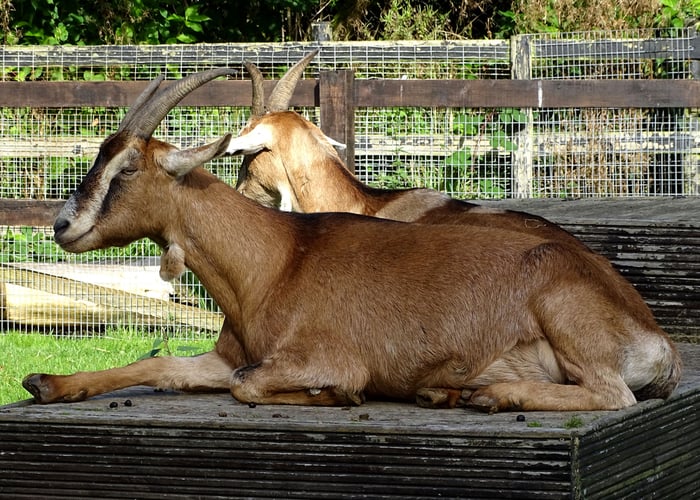 Last but not least is the Toggenburg goat. Toggenburgs are a Swiss breed that is similar in appearance to Saanens.

They are also all white in color and have short, erect ears. However, Toggenburgs are typically smaller than Saanens and have lower milk production levels.

Their horns can grow up to 16 inches in length!

How to Handle a Goat With Horns

If you’re a farmer or ranch hand, chances are you’ve had to deal with a goat or two in your day. But what do you do when you are caring for a goat with horns?

While it may seem daunting, there’s no need to worry.

The first thing you need to do is assess the situation. If the goat is alone in a pen, then you can probably just enter the pen and grab hold of the goat.

However, if the goat is with other goats, you’ll need to be more careful.

Goats are herd animals, so they will stick together. This means that if you try to grab one goat, the others will likely come after you.

And trust us, you don’t want to be on the receiving end of a horned headbutt from a full-grown goat.

Also, be aware of the goat’s body language. If a goat with horns is feeling threatened, it may lower its head and point its horns at you.

This is a sign that the goat is ready to defend itself. So, if you see this happen, back away slowly and give the goat some space.

And finally, don’t approach a goat with horns from behind. If you startle a goat, it may instinctively swing its head around and hit you with its horns.

Instead, approach the goat from the front or the side so that it can see you coming.

Also, you’ll need to learn how to properly hold the goat’s horns.

The easiest way to do this is by grasping them near the base with your thumb and forefinger on one side and your middle and ring fingers on the other.

This will give you the most control over the goat without hurting it.

Once you have a good grip, you can move on to milking or whatever other tasks you need to perform.

Be Cautious During Breeding Season

Be mindful of when your bucks are in a rut.

If you need to grab a goat that is with other goats, the best thing to do is to use a halter.

Once you have the halter in place, you can lead the goat out of the pen and away from the other goats.

Finally, you may want to get horn covers for your goat. If you have a pet goat or frequently work with goats, consider getting horn covers (also called “butting caps”) for them.

These will help protect you and others from being accidentally hurt by the goat’s horns.

As you can see, there are a variety of different types of horned goats out there. Each type has its own unique appearance and set of characteristics.

If you’re thinking about getting a goat, be sure to do your research so that you can find the perfect breed for your needs!