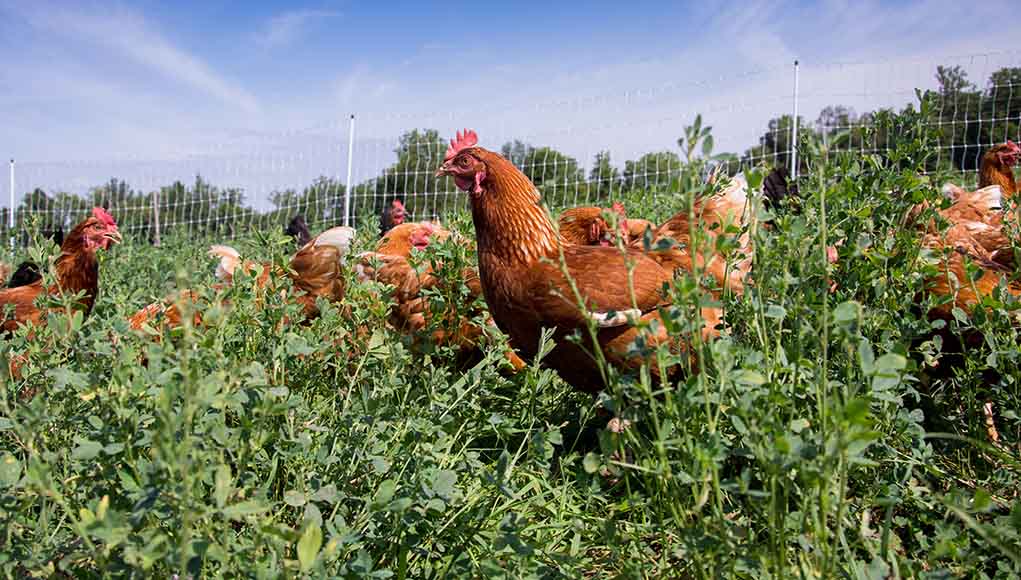 The Red Star Chicken is the superstar of the egg-production industry. This chicken is hands-down the rockstar, and it’s no wonder it has such a unique name to go along with its abilities.

The Red Star is not an actual breed, but instead, she is a super-duper, well-thought-out hybrid.

They are also known as Sex-Link, Golden Comet and have various other names depending upon the hatchery, chickens used, or breeder.

The Red Star was developed in the 1950s to create a bird that they built for production. Yes, this is the bird that you can find in some large-scale commercial operations alongside the Leghorn.

Before large egg-producing companies began sprouting up across the country, breeding what were considered mutt-like chickens was a huge no-no. It was taboo and looked down upon.

However, the Red Star paved the way for the novelty chicken with its egg-producing abilities and other unique characteristics that made things just a little easier for farmers.

If you’ve ever played the gender guessing game with your new box of chicks, you know how hard it is to determine who those little roos are amongst your peepers.

The Sex-Link (Red Star) was the answer to this problem. By crossing two different, high-producing, the resulting hybrid’s sex could be determined by the color of the chick on hatch day!

This is a bittersweet quality because chicken owners will know what they have early on and can plan accordingly; however, large-scale egg producers have no use for the males amongst the bunch.

Unfortunately, the boys are often culled immediately after identification.

Red Stars are often bred from crosses: White Plymouth Rock (White Rock), Rhode Island Reds, and Delawares. There are others out there, but those are the most commonly used in this combination.

Identifying the sex of your chicks early on can be fun and valuable concerning coop planning. However, there is one caveat.

Two Red Star chickens will not breed true, meaning they will not produce sex-linked offspring. So, if you want to make your own Red Stars consider getting some Rhode Island Reds and White Rocks. 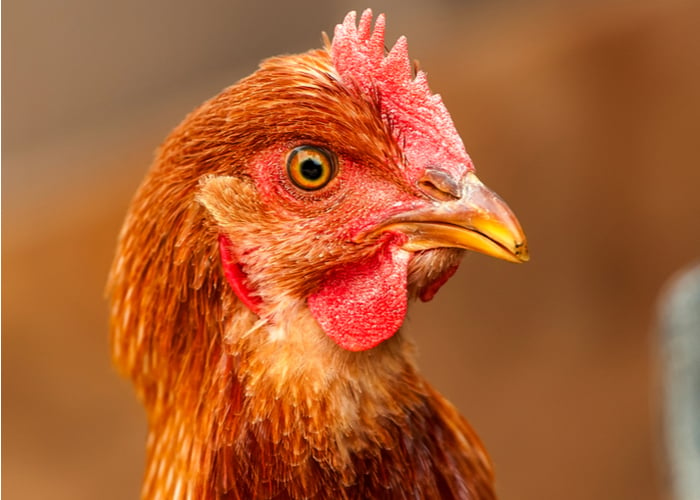 The Appearance of the Red Star Chicken

Since the Red Star is a hybrid chicken, its colors can vary based on the breeds in which she originated.

However, most hatcheries will sell Rhode Island Red crosses, which are deep red with a few variations and flecks of white and black feathers.

On hatch day, male chicks will appear lighter in color than females. Sometimes the color difference is relatively slight, and there are some instances in which the color factor may be inaccurate, though it is very uncommon.

The Red Star sports a single-comb and has a yellow beak and legs. Both hens and roosters are standard sizes, with a decent amount of heft to their muscle.

On average, the Red Star matures to about 8 lbs, which is just big enough for a nice chicken dinner.

The Red Star has been considered a perfect chicken for backyard owners because they are dual-purpose and have a high yield of meat and eggs.

Here’s where the hen gets the glory! Red Star chickens can lay an egg a day, so long as they are happy and healthy.

That means you can expect a whopping 360 eggs per year if the conditions are right!

Now, no one is perfect, so figure on closer to 300 with this hen. Nobody wants to deal with that kind of pressure.

The Red Star’s eggs border on large–as if the number of eggs produced wasn’t enough! Eggs are a beautiful brown and are sure to compliment anyone’s farm-fresh egg stand.

The hardiness of the Red Star Chicken

Overall the Red Star tolerates all climates very well. With that being said, her comb must be protected from potential frostbite in frigid temperatures, as does any chicken with a single comb.

Other than that, the cold doesn’t bother the Red Star too much.

She lays eggs consistently throughout the winter, as long as she is protected from the elements and given a luxurious nesting box to occupy.

It is to everyone’s benefit to allow her access to the yard due to her high-production abilities.

Because she uses a tad more energy to produce consistently and frequently, more protein and access to calcium are essential to the Red Star. 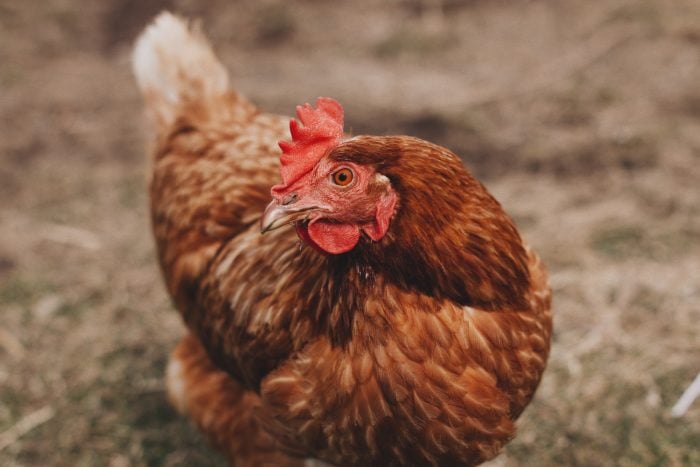 Character testimonials are all over the board on the Red Star. This isn’t surprising, considering the different breeds she may come from.

When you order a box of Red Stars from a hatchery or breeder, expect a potpourri of personalities as your Red Stars begin to mature.

It doesn’t hurt to ask the breeder about the birds that they used to produce your chicks.

Even though there are mixed reviews on the disposition of the Red Star, a common theme that shows up often is that they are docile with people but a tad more aggressive with flockmates.

It may be easier to add Red Stars to your flock rather than new birds to your community of Red Stars.
Another unique personality trait is the Red Star’s urge and ability to fly! We all know that chickens aren’t endurance flyers, but there’s something to be said for the Red Star’s ability to take flight.

They like flying too high perches and roosts. Even some of the best fencing cannot keep them confined.

Poultry netting over the top of your run is a must if you want to keep your Red Stars in place, or you can consider clipping their wings. However, this is a tedious task, and it probably takes a little bit of joy from their lives.

The Red Star is a variety of chicken that comes as a convenient little package. Knowing the gender of your chicks early on is a plus for chicken lovers.

How many times have you found yourself guessing your chick’s sex way too early–and coming up completely wrong? It’s a fun little piece of early knowledge to have about your future flockstars.

READ NEXT: Black Silkie Chicken Breed – Everything You Need to Know 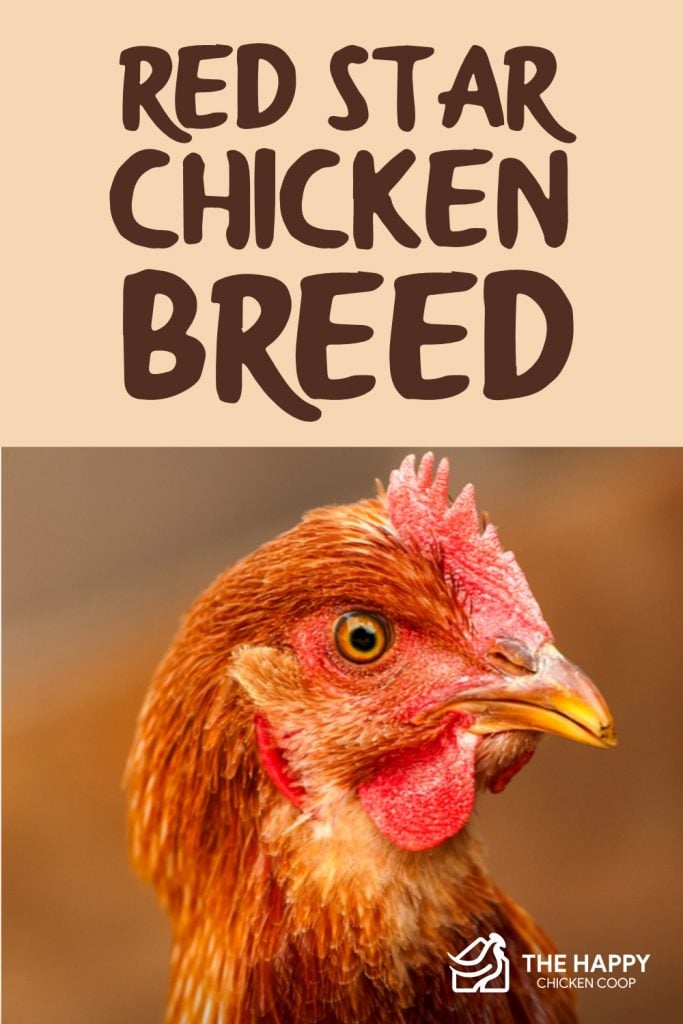