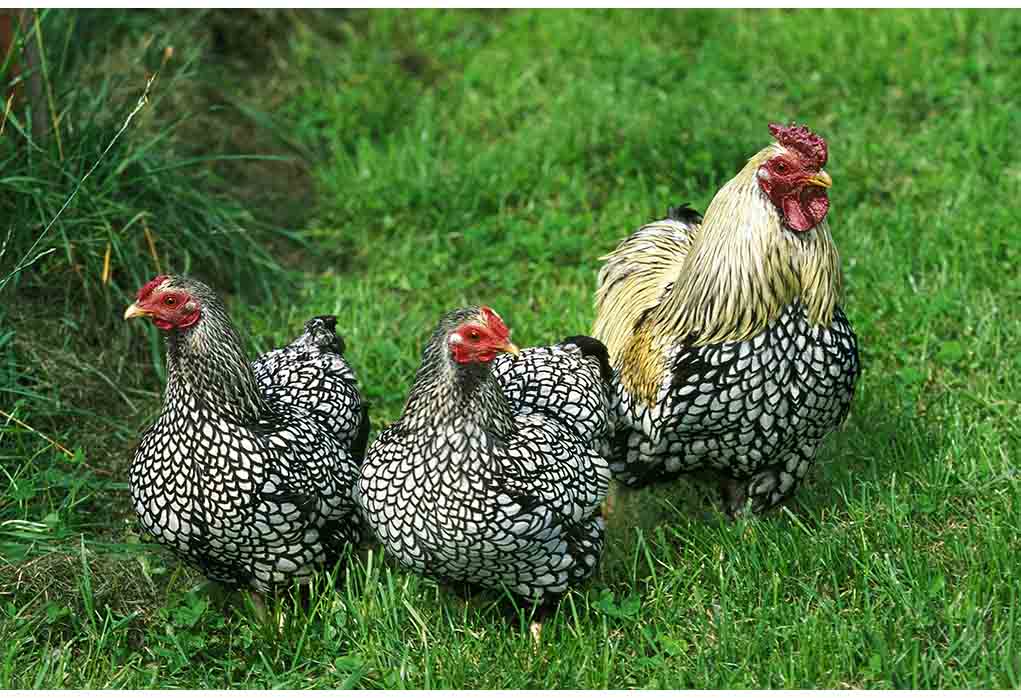 The creation of the Wyandotte breed came about from the desire to have a chicken breed that was suitable as an ‘all-rounder’ – that is, for both eggs and table fare.

Wyandotte’s are good layers of light to dark brown eggs averaging about 200 eggs/year.
Of course, other colors came along later, but the Silver Laced Wyandotte was the first and arguably the prettiest of the Wyandotte breed.

This article discusses the history of the Silver Laced Wyandotte, its temperament, egg production, and, crucially, if it’s the right hen for you.

The History of Silver Laced Wyandottes

The Wyandotte is one of Americas’ oldest and most well-known and loved breeds. It is unusual because it was the first American chicken ‘created’ with a dual purpose in mind.

Early Americans had many different breeds providing eggs and meat, but no one breed provided both well.

They had brought over all chickens from Britain and Europe, so there were several different breeds available, but none had been specifically bred to fit the needs of the early settlers and homesteaders.

Initially, the bird that would become the Wyandotte was called the American Sebright, Sebright Cochin, or Mooney.

These birds had been mentioned as far back as 1873 and were found over much of the US after the Civil War. However, there is little or no information that I have been able to find about this ‘proto’ bird.

To add to the confusion, the Sebright, as known in England, is a bantam, not a full-size bird, nor is it in any way related. 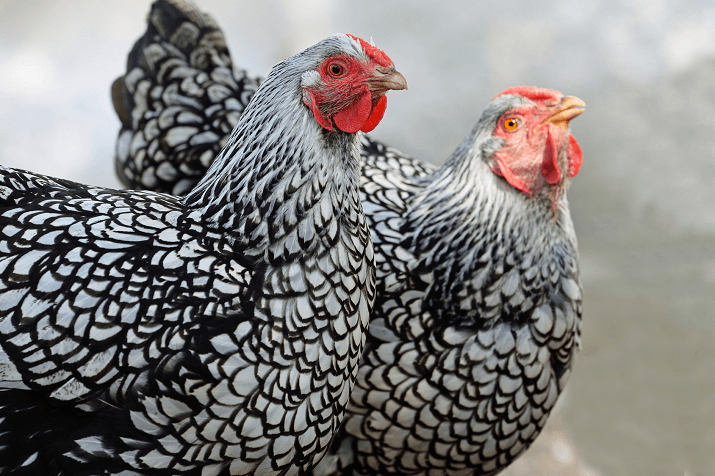 They sought to create a bird that was indeed a utility bird providing both meat and eggs to the average American family with minimal cost.

They worked separately in Michigan and upstate New York to try and perfect the Mooney bird.

There was a rose comb and single comb varieties in the early specimens, but when the breed was admitted to the Standard of Perfection in 1883, the rose comb was the desired ‘standard.’

Although the exact origins of the Silver Laced Wyandotte are unknown, genetic material from the dark Brahmas and silver spangled Hamburgs are likely contributors.

Also, possible contributors to the genetic pool were Breda and Polish fowl.
The name of the bird – the Wyandotte – was an acknowledgment of an Indian tribe – the Wyandot – who had initially been befriended and helped the settlers in upstate New York and Ontario, Canada.

Fred Houdlette suggested it in honor of his fathers’ boat, which had also been named in honor of the tribe.

When poultry farming became ‘industrialized’ in the mid-twentieth century, the Wyandotte was cast aside as not productive enough.

It did not produce eggs in sufficient quantity, nor did it quickly put on meat enough to be profitable.

Over the years, the number of Wyandottes declined steeply, and it became an endangered breed in its own country – the US. 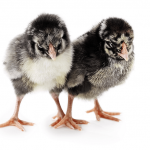 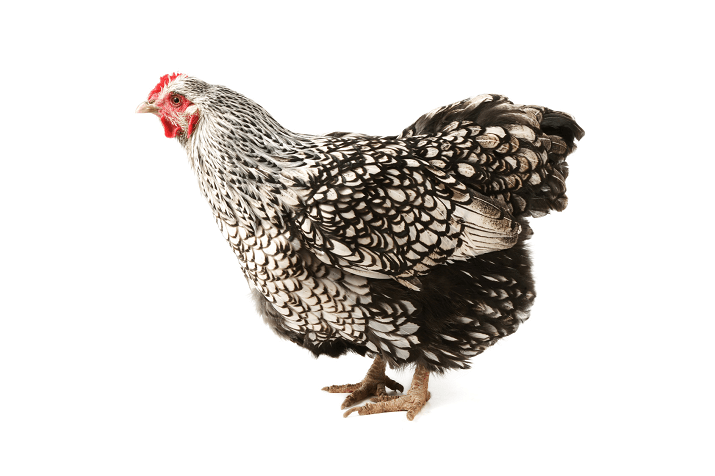 The Silver Laced Wyandotte was listed as a ‘priority’ breed by the ALBC until 2016, when they removed it because numbers had recovered enough to warrant an upgrade.

This is yet another breed threatened by the almost meteoric rise of the ‘industrial’ hen.

Thankfully, thousands of backyard keepers fell in love with this beautiful bird and gave it a second chance.

Sadly, its’ sister bird, the white Wyandotte, has not enjoyed such a resurgence in popularity and remains critically endangered.

The Silver Laced Wyandotte was admitted to the American Standard in 1883, the first of the Wyandotte varieties to do so.

The many varieties of Wyandotte were admitted as follows:

The birds are somewhat round and fluffy. All the fluffiness helps to keep the hen warm through the cold winter months.

They are a medium-weight bird with the rooster weighing in at 8.5lb and a hen at 6.5lb. 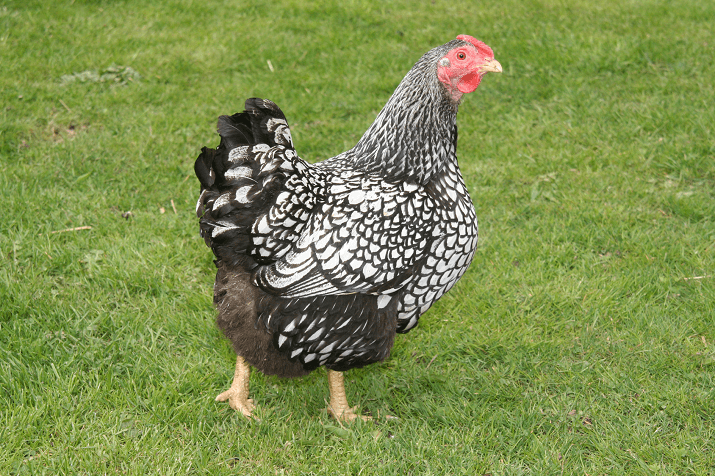 The bird has a somewhat ‘curvy’ shape with a short but well-arched neck. This leads down into a brief but broad back on a medium-length bird.

The saddle rises, giving a slightly ‘U’ shaped silhouette. The body is broad and deep, well-rounded, almost voluptuous.

Eyes are a reddish bay color and deeply set.

Legs, toes, beaks, and skin are all yellow. The legs are short and stout, widely placed for perfect balance. There are four toes to each foot.

Comb, wattles, earlobes, and face should all be a vibrant red. The bird has a rose comb which is highly useful in cold, frosty climates. It is much better at tolerating frost and freezing than a more pronounced comb is.

Some of the problems associated with these birds have been narrow backs, little chicks, and poor hatches.

The two latter problems are both significant contributors to the scarcity of the White Wyandotte.

It has been noted that there are significant differences in color tones between the UK and US birds.

Wyandottes are of good temperament, although some can have strong personalities making them seem aloof.

They are friendly birds but not ‘cuddly’ and can be pretty talkative, although this can vary significantly from bird to bird.

They are usually reasonably dominant with other birds, so they are often near or top of the pecking order. Wyandottes don’t appear to bully other birds but are assertive and are seldom bullied.
As for egg-laying, they are reasonable layers averaging around 200 light to dark brown eggs each year.

They make great mothers and are prone to being broody, which many folks find undesirable since they don’t want or can’t have more chicks.

Also, the desire to be broody cuts down on egg production quite significantly. Several people use them to hatch eggs from breeds that aren’t good at being moms or broodies. 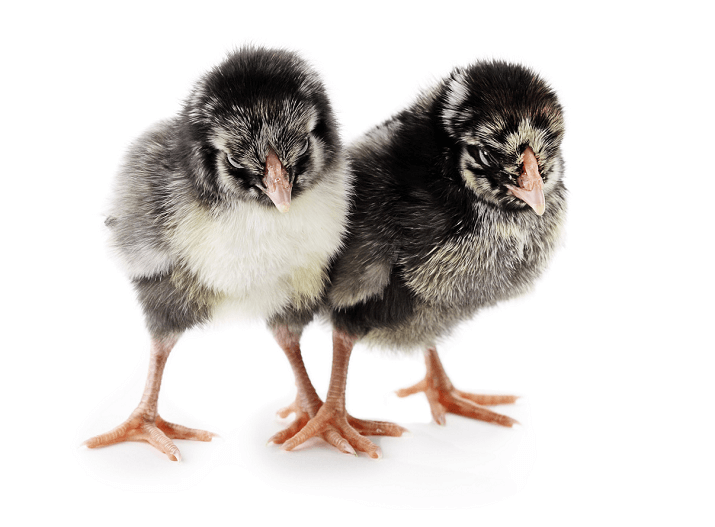 They tolerate confinement well but are good foragers when allowed to free-range.

The Wyandotte has copious, gorgeous feathers making it suitable for colder climates like the upper Mid-West states, Canada, and Northern New England. It will tolerate warmer weather but needs to have shade readily available and, of course, plenty of cool water.

The bird is a rose-combed bird, which is ideal for colder climates as they will not quickly get frost-bitten as the comb sits much closer to the skull.

Occasionally, you will find a Wyandotte with a single comb, but these specimens are not recognized by the APA and should not be used for breeding.

Average life expectancy seems to range between 6 – 12 years, depending on the line of the birds.

They are not prone to any unusual chicken ailments. Since they have thick, dense feathering, lice and mites can be a problem if not checked on regularly.

All that fluffiness at the back end can lead to some poopy feathers, so the occasional trim may be necessary to keep them clean and tidy. If mating is a problem, you may need to trim the feathers to help facilitate fertilization.

Is The Silver Laced Wyandotte Right For You?

Wyandottes do very well in 4H projects and the show ring – especially in the mid-West states.

The Wyandottes are popular show birds in the UK, Europe, and Australia too!
Generally, the Wyandotte is a calm and tolerant bird, making for an easily handled and compliant bird.

This is very important in the 4H arena, where the birds are generally raised by youngsters, making them an ideal ‘beginner’ bird.

Birds need to have a ‘bomb proof’ demeanor for the show ring. They must endure being caged all day close to strange birds.

They need to be able to handle the stress of being picked up, prodded, and judged – not sure I would have the temperament for all that, but Wyandottes seem to take it in their stride!

As a backyard hen, they are pretty calm and undoubtedly beautiful to look at. As we have mentioned, they are good with children and well suited for a family with children.

This breed is ideal for you if you’re looking for a solid yet docile breed that lays nicely.
While the Silver Laced Wyandotte is an excellent forager, their aloofness makes them a bit naive and prone to predator attacks.

The Wyandotte is often more involved in the grubs and goodies they are foraging for than keeping an eye out for predators.

The Wyandotte is a decent free-range chicken, but it might be wise to keep your hens with a rooster, so at least someone is watching out for aerial predators.

And while their interesting colorations can help deter predators, it isn’t usually enough to protect them fully from an attack.

A note on Bantam Varieties: Like most breeds, the bantam variety of the wyandotte is very similar to the standard version. Temperaments and climate tolerance are identical as well.

However, it is essential to note that most bantams of any breed tend to be just a tad flightier and less friendly than the standard versions. As always, temperaments vary within the species, from bird to bird.

If you have a mixed flock, consider adding a few of these beautiful birds. They are beautiful ‘eye candy’ and pretty low-maintenance hens.

If you are starting and want a pretty and productive flock that people are sure to admire, the Silver Laced Wyandotte is a real contender.

They may not be as prolific egg producers as the sex links, but 200 eggs/year is not an alarming rate of lay for a small family concern.

The fact that they lay throughout the winter months may be the clincher for you since many other breeds slow production or stop entirely during the most challenging months.

Do you already have some Silver Laced Wyandottes? Let us know in the comments section below about your experience with them…

READ NEXT: Columbian Wyandotte Chicken – Everything You Need To Know 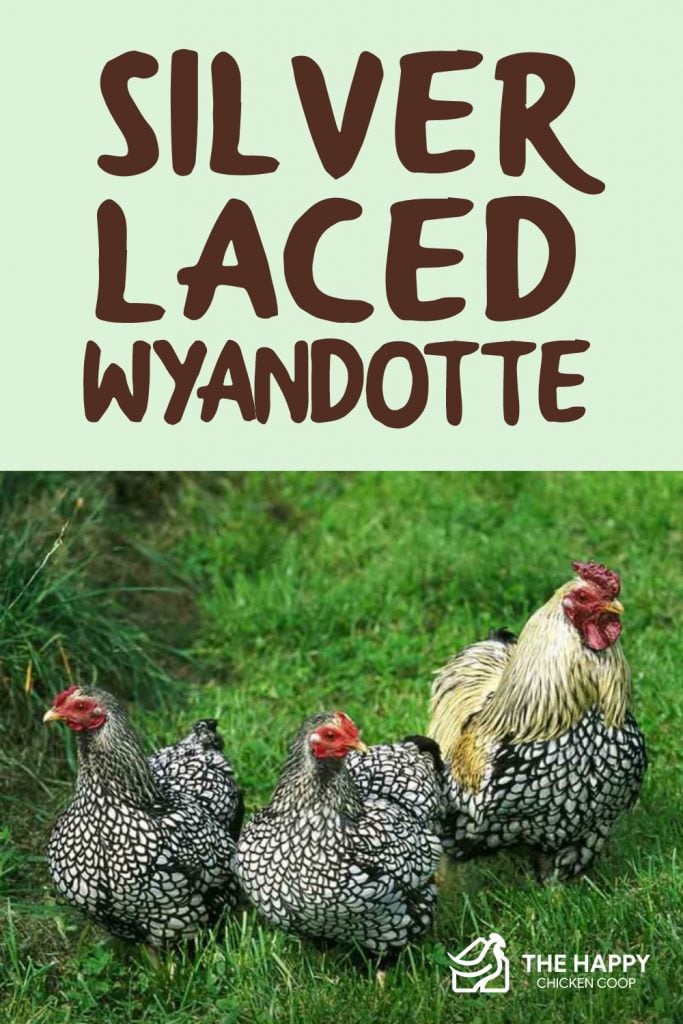