Ancona Duck Breed: Everything You Need To Know 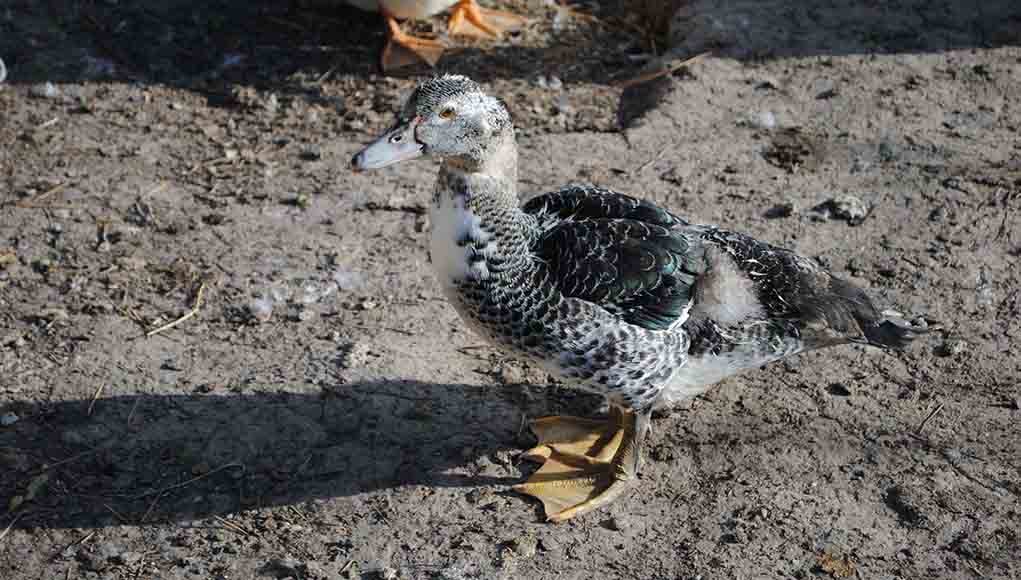 Ancona duck is a calm and multi-purpose duck breed that is popular with backyard keepers and large homesteaders alike.

When they can be found.

Their love of this breed by keepers has helped save them from extinction during the past decade.

In 2000, there were only 125 known breeding Ancona ducks in the United States.

Thankfully, the population numbers of this duck breed have increased to between 1,000 and 1,500 breeding pairs in more recent years.

The increase in numbers has successfully moved the Ancona duck breed off the critically endangered list and onto the “watch” list designation.

While Ancona ducks are not as common as the Pekin in the United States, the folks who keep them rave on their ability to lay quality eggs consistently.

Although most keepers use Ancona ducks merely for their eggs, they also produce rich and moist meat. The average lifespan of an Ancon duck is approximately ten years. 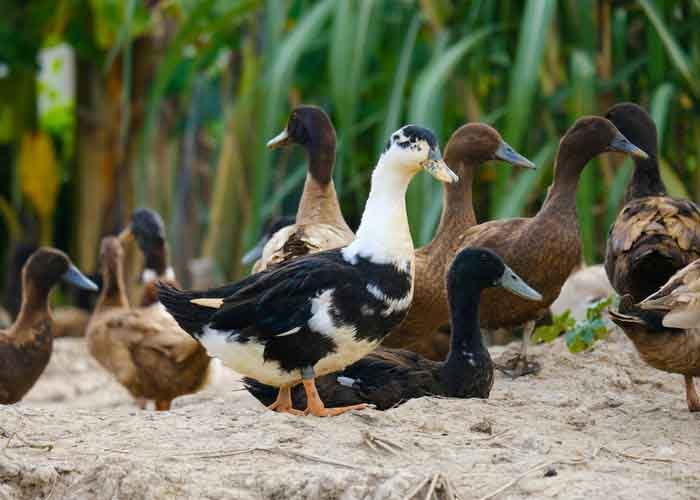 Tracing the history of the creation of the Ancona duck breed has a few curves. Until fairly recently, the species was primarily thought to have been developed in Great Britain and later be introduced into the United States.

But, an article found in the 1913 Water Fowl Club of America Yearbook indicates a farmer from Knowlesville, New York – W.J. Wirt of Ridge View Farms, announced the creation of the Ancona duck breed.

Not long after the article about the New York farmer appeared, Ancona ducks were taking blue ribbons at the Willdum Duckery of Rowley show in Boston.

Hence, the Ancona has now been declared to be an American breed.

Ancona ducks are a heritage breed.

This means they are a traditional breed that has been carefully selected for their specific traits over generations for a vastly extended period without distortion to the line.

Heritage breeds like the Ancona are nearly always incredibly hardy in their native environment and survive quite well with little to no human intervention or aid from modern agricultural practices.

Other strong traits of Ancona ducks are quality fertility, longevity, and foraging prowess.

The Ancona duck is an excellent example of a top-quality heritage breed. Unlike some to even many heritage livestock breeds, Ancona ducks have a fast growth rate. 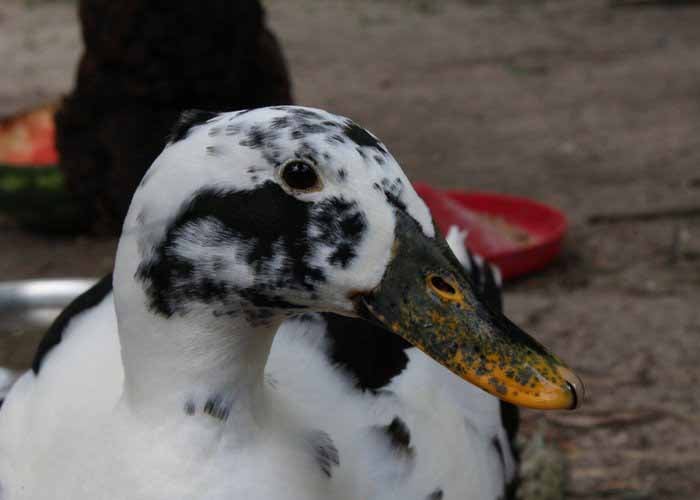 These ducks are known to be not only hardy but among the hardiest of all the breeds kept in the United States.

While I am partial to the Pekin duck breed and believe them to be the hardiest and best layers, the Ancona comes in a close second.

Both hens (females) and drakes (males) are highly regarded for their calm demeanor. For folks who are keeping a duck flock in a backyard or on small acreage, this breed might be the best bet.

While they are solid free rangers, they tend to stay close to their duck house or coop and run when turned out and have no desire to wander too far from their home base.

Ducks of this breed are not only highly adaptable to varying climates, but they are also exceptionally hardy as well.

Cold winters and humid summers do not phase Ancona ducks – as long as they have a freshwater source to get into to cool off.

While foraging, the little noise some Ancona ducks make resembles that of a squeaking hinge.

All in all, these ducks are generally relatively quiet and do not panic when exposed to loud noises that can cause chaos when some breeds are free-ranging.

Members of this duck breed as dedicated free rangers. They will roam close by their living area in search of insects, tadpoles, tiny frogs, or fish, as well as their favorite snack – banana slugs.

To expand the foraging area of Ancona duck free-ranging, you can use a chicken tractor to relocate them to another space where all bugs have not been depleted.

Planting a small garden near their duck house and running and creating connected tunnels out of chicken wire or hardware cloth around or through the gardening area will offer more bug-eating opportunities.

This is without any destruction of the growing plot.

Placing aquatic plants in the pond or even the baby pool used by the Ancona ducks – especially “duckweed” will also offer the flock a sustainable and natural food source.

Ancona ducks can be fed waterfowl, game birds, or chickens. Ducklings can eat chick starters, but it MUST be non-medicated.

Game bird feed is excellent to use during the winter months when foraging opportunities for insects have greatly diminished.

Game bird feed boasts a higher percentage of protein than other common types of meals designed for poultry birds. 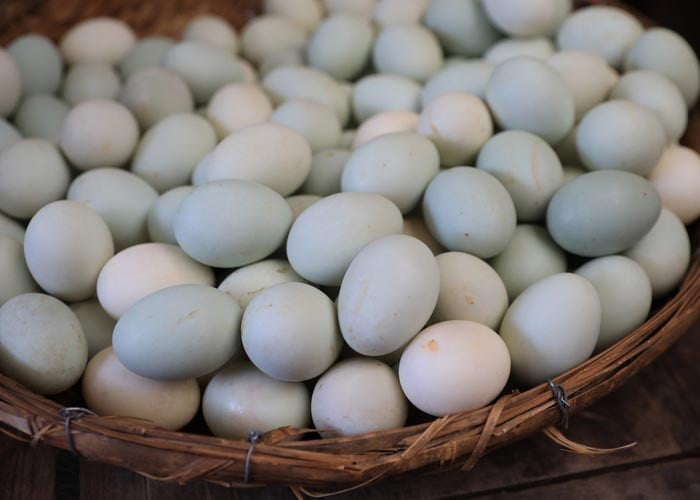 Ancona duck hens lay roughly 210 to 280 eggs per year. The eggs are large and vary in color from cream to white to blue.

Ancona hens do not tend to go broody or have much of a desire to sit their eggs to hatch consistently.

Increasing the number of Ancona ducks in your flock will also assuredly require the use of an incubator.

Because ducks nearly always lay eggs between duck and dawn, they are easier to collect than chicken eggs.

Allowing you to find more viable Ancona eggs to place in an incubator before they get trampled and cracked throughout the day.

On average, Ancona ducks lay eggs consistently for five to eight years. It is during the first three years that a hen of this breed will lay the most eggs.

As the Ancona hen ages toward full maturity and beyond, her eggs increase in size.

Ancona ducks do not have any specific husbandry needs that are also not shared by other breeds – shelter, constant access to clean water, and proper feed.

I would recommend a deep litter system inside the duck house or coop. Ancona ducks can tend to be a little messier with their droppings and splashed water than some other breeds.

You should change the bedding regularly to avoid mold or mildew from growing in it or bacteria growth from forming.

Because Ancona ducks are medium-sized to heavy ducks, they will need four square feet of space per bird in their living quarters.

It would be wise to make the duck house or coop run as large as possible since the birds prefer to forage in very familiar territory.

Growing small plants or greens in containers inside of the run can also be a handy way to create a rotated and steady supply of natural food for the members of the Ancona flock to forage. 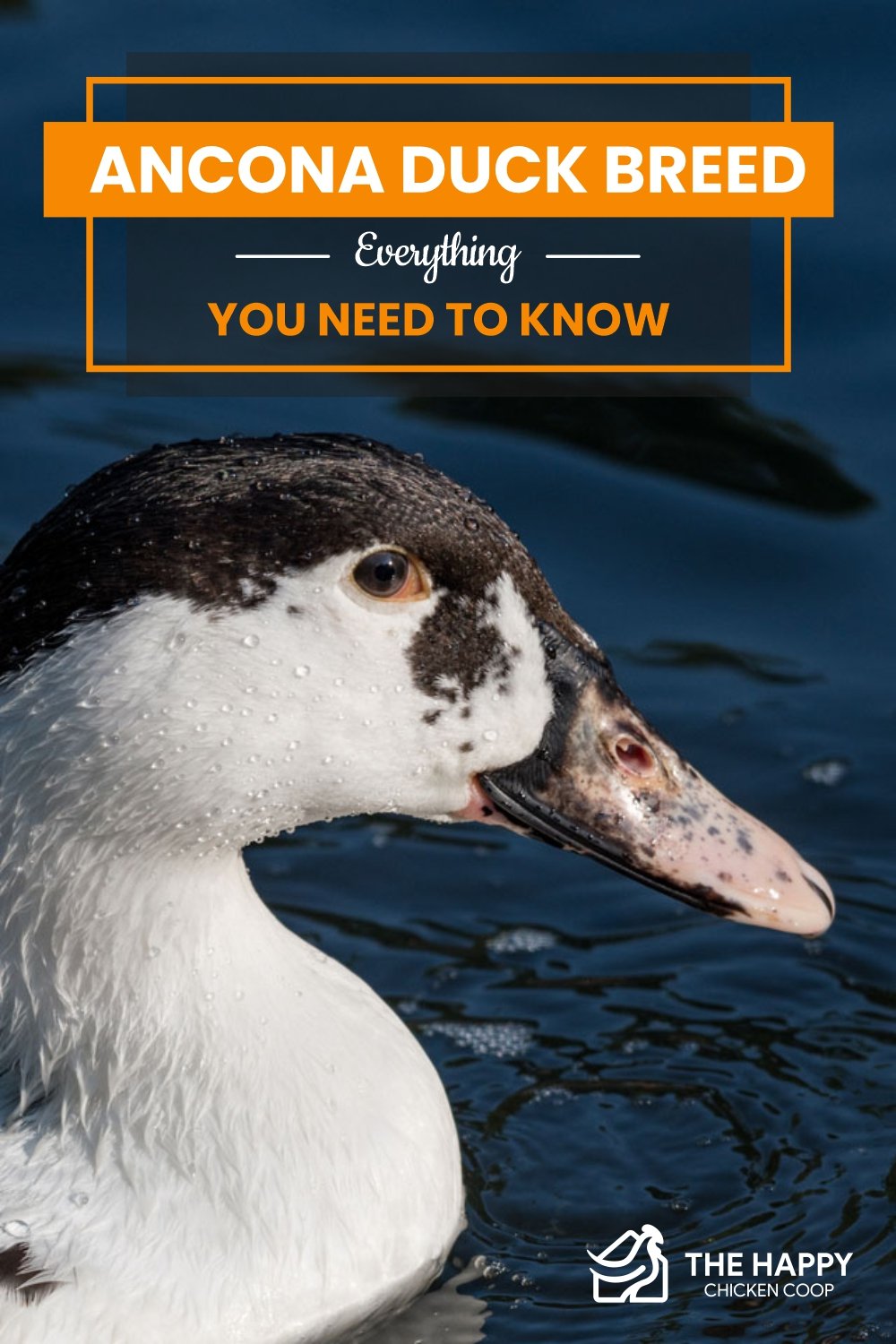 2 thoughts on “Ancona Duck Breed: Everything You Need To Know”